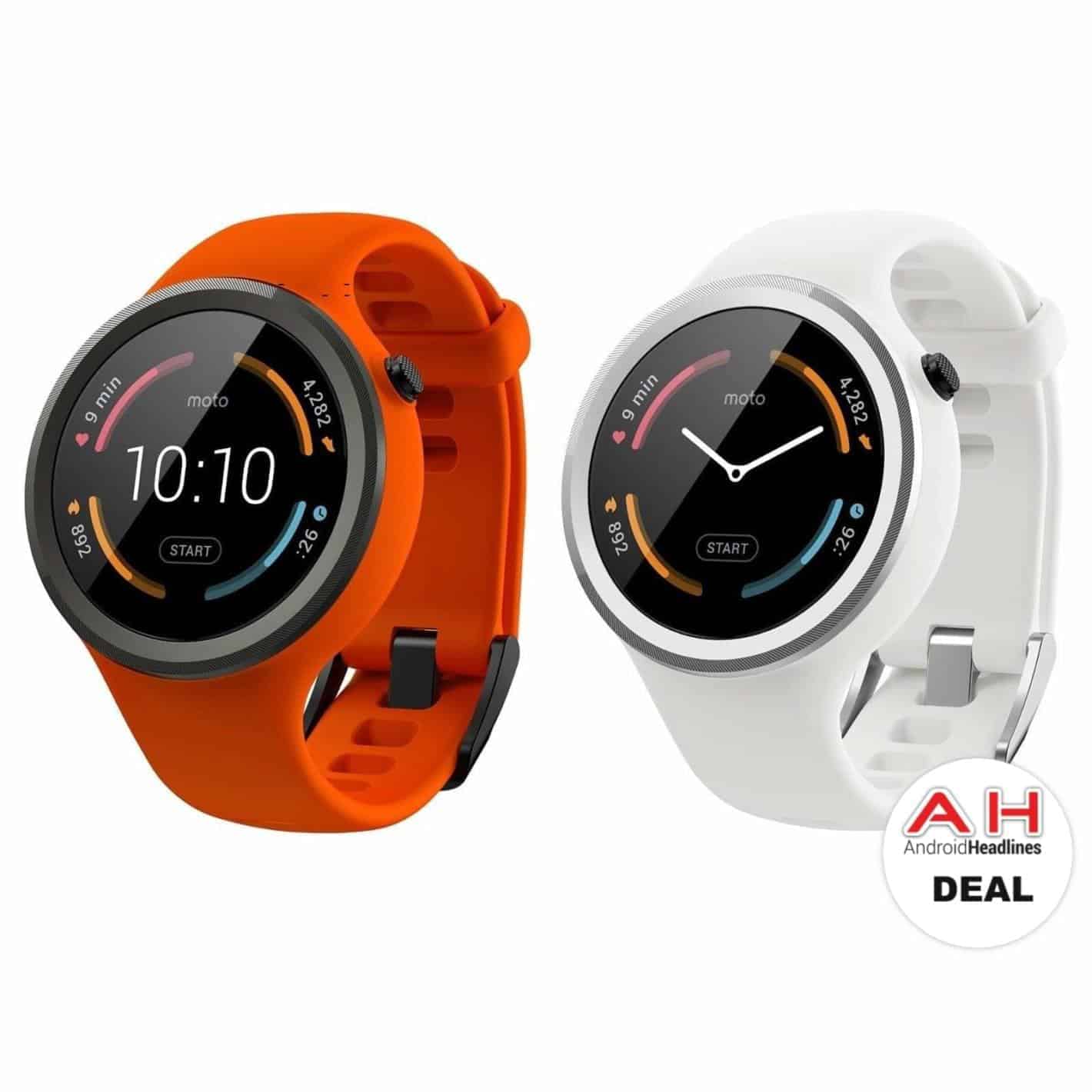 B&H Photo is selling the Moto 360 Sport for just $99, and it's available in both Flame (orange) and White. At least at the time of writing this. That's down from the original price of $299, and it also matches the lowest price we've seen for a new model. Refurbished models have dropped a bit more than that, however. The Moto 360 Sport is mostly geared at those that are into fitness, as it has both Moto Body and Google Fit installed, but it's also sporting a silicon band, which reacts to sweat much better than a leather band would. The Moto 360 Sport can be picked up from the link down below, at B&H Photo. There's no word on how long this price will last, so you'll want to grab it before they are sold out.