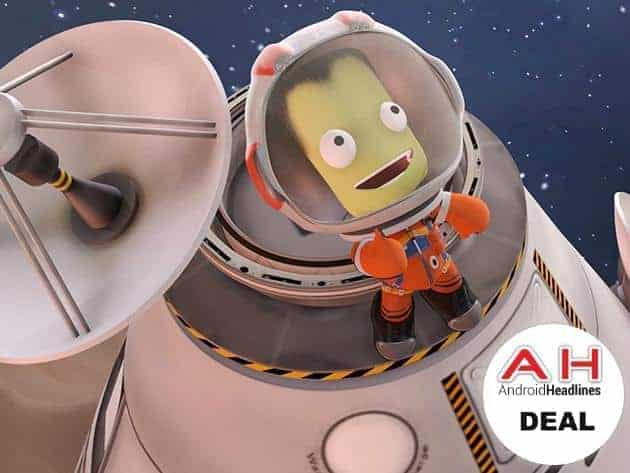 With the holidays coming up, many of us will be spending time with our family and friends, but gamers are looking for some new games to play this time of year. And Kerbal Space Program is a great game to pick up and play this holiday season. It's a pretty popular simulation game. It's a physics-based space flight simulation game, and it's here to help you jump into the final frontier. In the game, you'll be creating and managing your own space program from the ground up. You'll also be building and flying your own spacecraft and exploring some distant worlds that you never thought existed.

When you buy Kerbal Space Program from the Android Headlines Deals Store, you are actually getting the key to pick up the full version over on Steam. So if you aren't a Steam member, you'll want to sign up so that you can actually pick up the game. Typically this game would cost you about $39.99, so this is one heck of a price, coming in at $13.59 and it'll definitely keep you busy. As far as rating go, IGN rated it a 9 out of 10, and PC World gave it a perfect 5 out of 5. Additionally it won the 2015 Best Simulation Award and was a runner up to the Unity award in 2015.

Buy Kerbal Space Program
Advertisement
Trusted By Millions
Independent, Expert Android News You Can Trust, Since 2010
Publishing More Android Than Anyone Else
0
Today
186
This Week
106
This Month
4093
This Year
105570
All Time
Advertisement