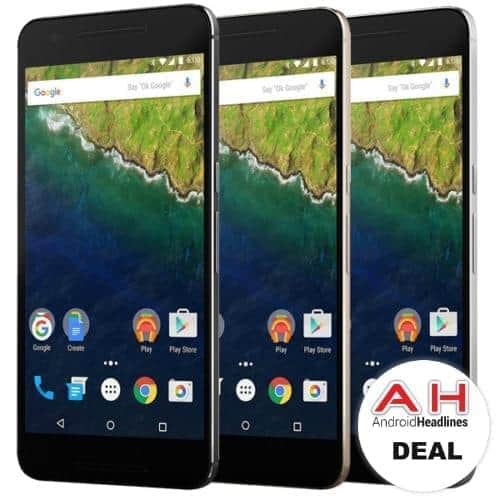 In 2016, Google effectively ended the Nexus program and began the Pixel program. Where the devices are "Made by Google" and have a slightly different version of Android on-board. The Pixel and Pixel XL were announced in 2016, and were a bit more expensive than the Nexus devices in years past had been. Which has driven many to buy the Nexus 6P. And right now, Amazon is offering up a pretty sweet deal on the Nexus 6P, which was arguably one of the best Nexus devices ever created. It sported a 5.7-inch QHD display, powered by the Qualcomm Snapdragon 810 processor with 3GB of RAM and 32GB, 64GB or 128GB of storage available.

Amazon is currently offering up the Google Nexus 6P for just $449 for the 32GB model. The 64GB model is seeing a price tag of $499 right now. However, there are only a handful of the 64GB models still available, so you'll want to get in there and make your purchase before they are sold out. These prices aren't the lowest we've seen, but they are the lowest they've been this Holiday season, which means they are definitely worth jumping on. The Nexus 6P would make a great stocking stuffer this Holiday season for anyone in need of a new smartphone.