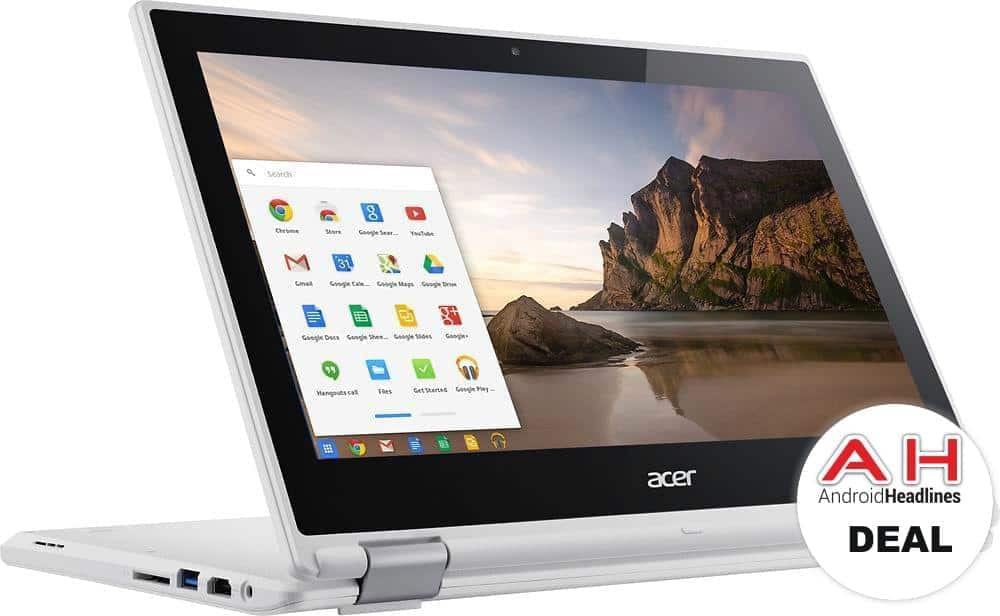 If you're looking to pick up a Chromebook this holiday season, the Acer R 11 is a great Chromebook to get your hands on. This particular model comes with 4GB of RAM and 16GB of internal storage. So it's the higher-end model of the Acer R 11, which means that Chrome OS is going to run pretty decent on this Chromebook, and that's something everyone can appreciate.

The Acer R 11 is a pretty popular Chromebook because it is reversible with a touch screen. So you can use it as a typical laptop running Chrome OS, or you can use it as a tablet, with the built-in software keyboard that Google has built into Chrome OS. What makes it even better, is the fact that it is one of the few Chromebooks that already has Google Play support, so you'll be able to throw on all of your favorite Android apps onto your Acer R 11 Chromebook and have fun, or get some work done.

Now, unfortunately, the Acer R 11 Chromebook won't ship in time for Christmas. However, since this is being sold by Best Buy on eBay, you can buy it online and opt for in-store pickup. So you could buy it right now and be able to pick it up at your local Best Buy within a few hours, which is definitely a great idea for those last minute shoppers.

Advertisement
Buy the Acer R 11 Chromebook
Advertisement
Trusted By Millions
Independent, Expert Android News You Can Trust, Since 2010
Publishing More Android Than Anyone Else
32
Today
64
This Week
172
This Month
4157
This Year
105634
All Time
Advertisement