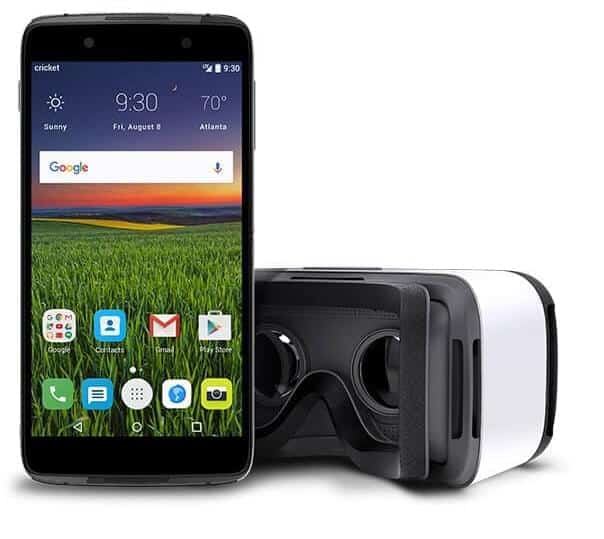 With the Holiday season here, there are plenty of deals currently doing the rounds. However, if you happen to be in the market for an affordable smartphone, are looking to get in on a bit of virtual reality (VR) action and are a Cricket customer (or considering switching), then Cricket has a deal for you. On offer is the Alcatel IDOL 4 smartphone which is currently available for only $99.99 with activation. Which is basically, 50-percent off the normal price. In addition to the smartphone, you also get a free VR headset which can be used to indulge in 360 and VR-related content. Cricket's plans range in data allowances and include 1GB, 2.5GB, 8GB, 10GB and unlimited. While prices for the plans start from as low as $30 per month for the 1GB plan and as high as $70 per month for the unlimited plan.

In terms of the specs, the Alcatel IDOL 4 is a smartphone which comes packing a 5.2-inch display with a 1920 x 1080 resolution. Storage on this model is set at 16GB, although there is the option to expand thanks to microSD card support (up to 512GB). Cameras comes on the form of a 13-megapixel rear camera along with an 8-megapixel front facing camera. This particular model comes powered by a Qualcomm Snapdragon 617 octa-core processor and a 2,610 mAh battery, along with Android 6.0 (Marshmallow) out of the box.

However, the main specs are just the basic features that are on offer with this smartphone, as its big selling point is that it has been designed with virtual reality in mind. As such (and in addition to the free VR headset that comes bundled with the IDOL 4), this smartphone packs in dual 3.6-watt multi-directional speakers – which are also tweaked thanks to the inclusion of Waves Audio Technology. When coupled with the display, the IDOL 4 is designed to offer a better VR experience, and certainly at this price point. Although it is worth pointing out that this deal is a limited time deal so you will probably want to take advantage of it within the next few weeks, as the reduced price is only good from today through until January 5, 2017.

Advertisement
Buy the Alcatel IDOL 4 (Cricket)
Trusted By Millions
Independent, Expert Android News You Can Trust, Since 2010
Publishing More Android Than Anyone Else
39
Today
93
This Week
39
This Month
1885
This Year
103364
All Time
Advertisement