The numbers are in. The Android Distribution numbers, that is, and it looks like both Marshmallow and Nougat have seen some increases in adoption rates since November 7th when the last round of distribution numbers were made public. Compared to last month, which saw Android Nougat on 0.3% of all Android devices, December’s Android Distribution numbers show a very modest increase of 0.1%, moving only slightly further up the ladder to just 0.4%. Nougat was just released officially earlier in the Fall, so it will likely take some time before this number increases by a larger amount. Marshmallow on the other hand, saw a slightly higher increase from 24% to 26.3%.

While it’s always good to see an increase in the most current versions of Android when it comes to adoption, it’s still evident that the adoption rate is slower than many would likely hope, as Android Lollipop still accounts for a total of 34% of all Android devices, between 5.0 and 5.1 combined. This is now a two year old version of software, and there are no doubt a number of users who probably envision their devices would have been updated by now. Lollipop devices also didn’t change much compared to the distribution numbers from last month, as the amount of devices on Android 5.0 and Android 5.1 collectively only went down from 34.1% to 34%.

Devices that are still running on Android 4.4 KiKat on the other hand decreased a little bit more, falling from 25.2% with last month’s numbers to 24% this month. That said, 24% is still a decently-sized chunk of users that are using a device with a now three-year old version of the Android operating system. The good news here is that Android 4.4 KitKat had previously been the version of Android that was on the largest number of devices, if you factor Android 5.0 and Android 5.1 separately. The better news is that instead of Lollipop 5.0 or 5.1 increasing and overtaking KitKat as the most widely adopted version, Marshmallow is now seen on more devices than any other. How quickly the adoption rate will increase for Android’s most recent versions, Android 7.0 and Android 7.1 Nougat, is unclear, but there’s always hope that the process will speed up compared to previous years and versions. 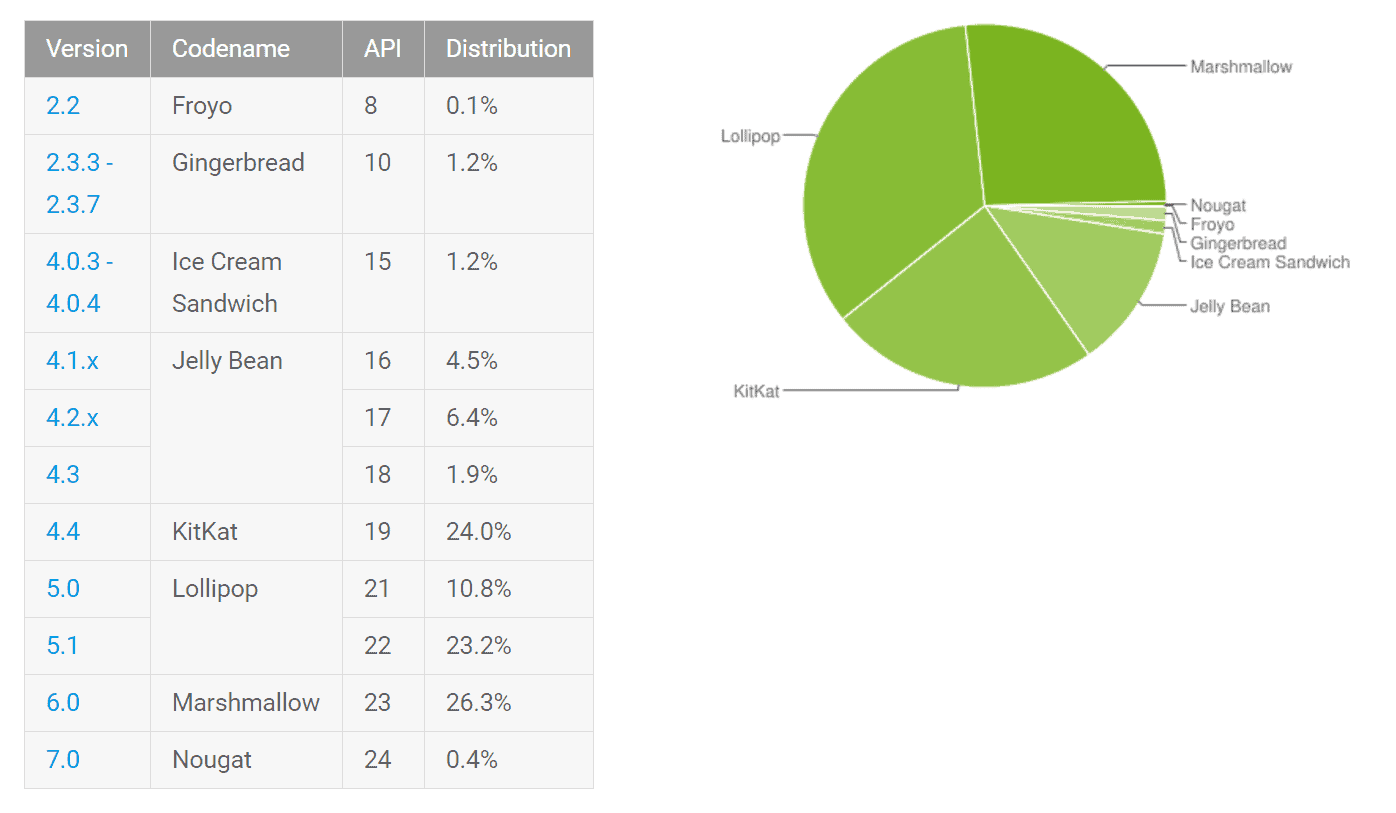