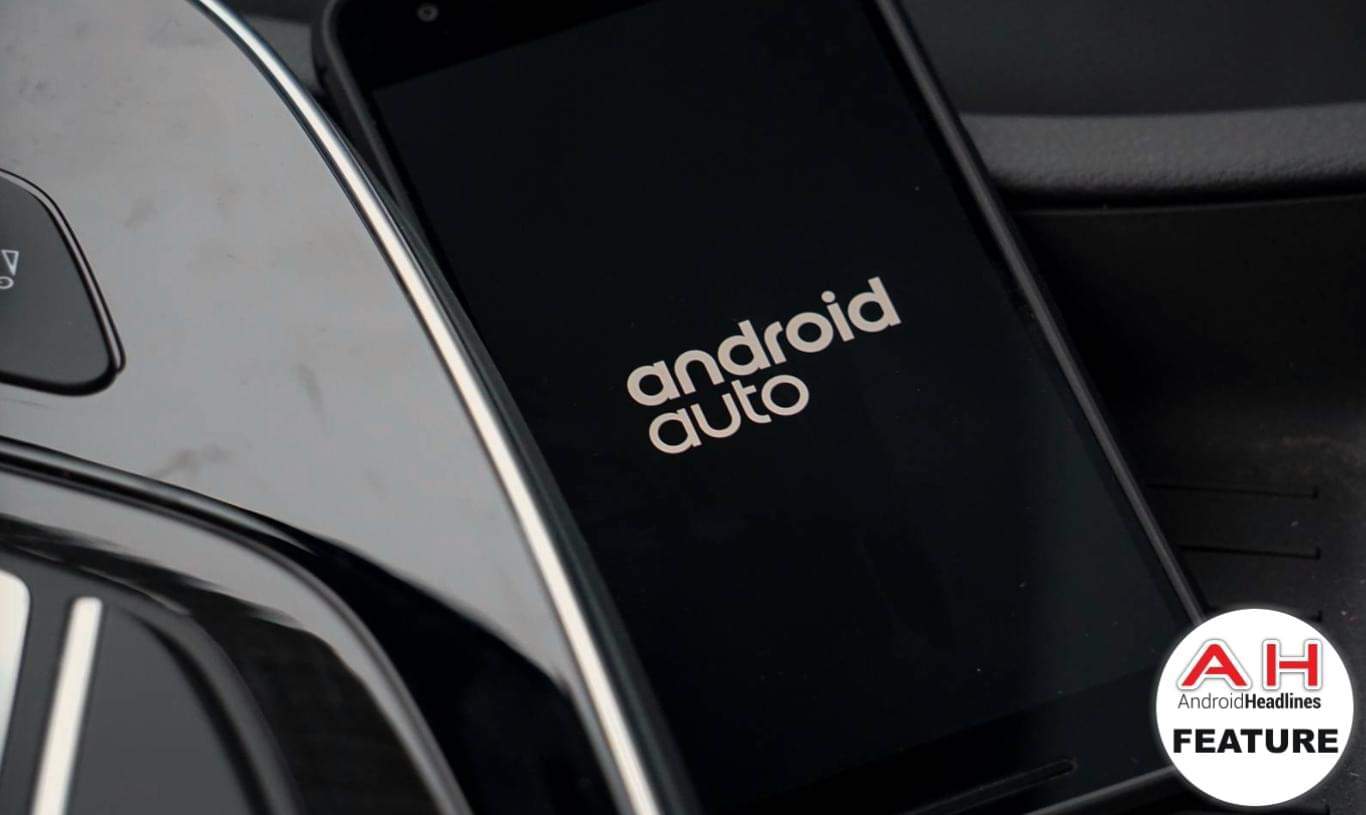 2016 was a quiet but pretty productive year for Android Auto. They, as do most industries, started things out at CES 2016 in January with a slew of great head units being announced. Then the Android Auto team had a number of announcements at Google I/O, even though they didn't make it into the keynote speech. And they are ending the year on a high note, so to speak. By bringing the "Ok Google" hotword functionality to the car, a feature that should have been available quite a while ago.

Ford & Chrysler Jump on the Android Auto Bandwagon at CES 2016 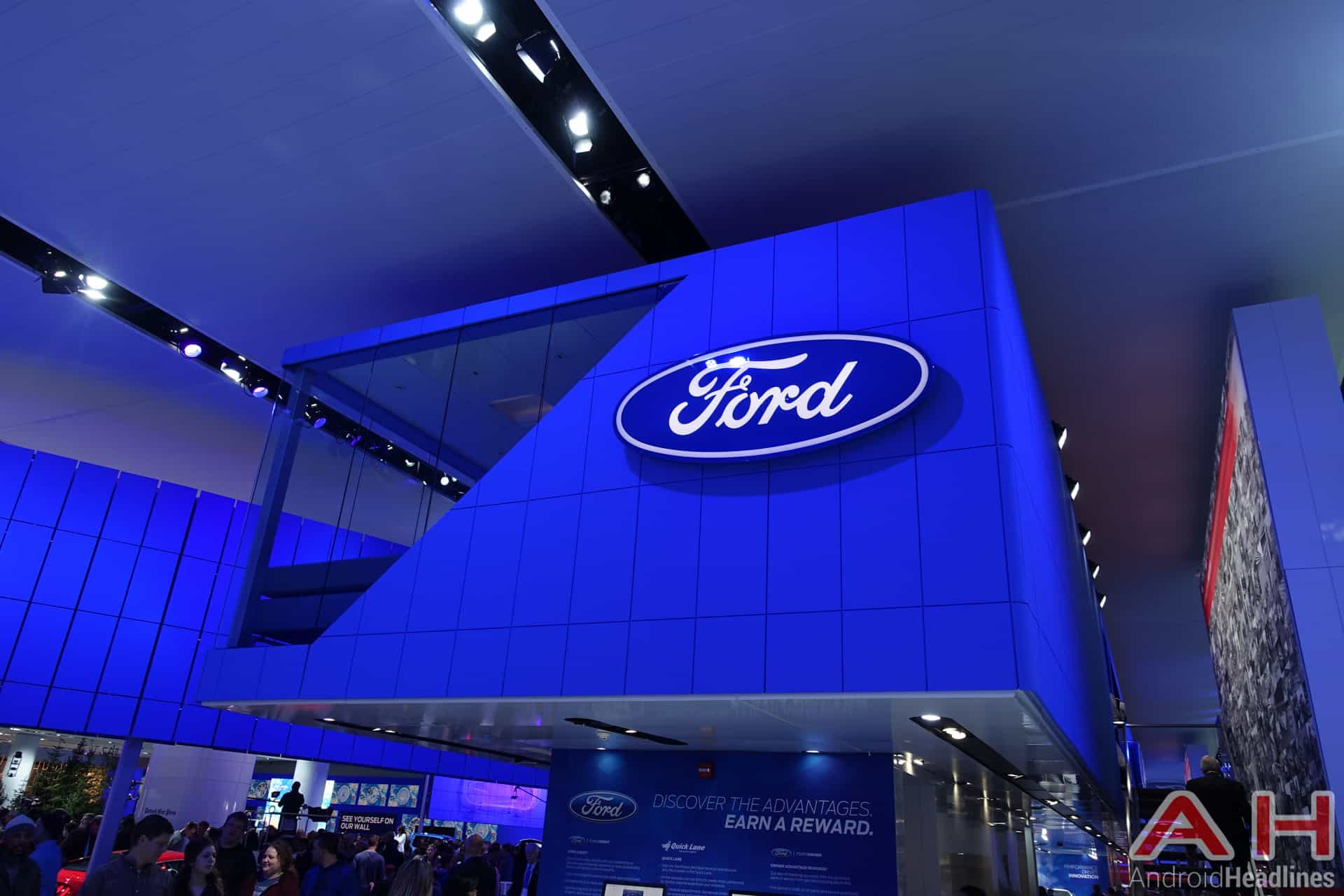 Android Auto actually had more announcements at CES than Google I/O, but these were all from their partners. Ford and Chrysler announced at CES 2016 that they would be bringing Android Auto to their lineup of vehicles. They were some of the last big name auto makers in the Open Automotive Alliance to announce their plans for Android Auto implementation. Ford announced that Android Auto would be available in all 2017 models, while Chrysler was a bit tight-lipped. We still don't have any confirmation on what models from FCA will have Android Auto just yet. 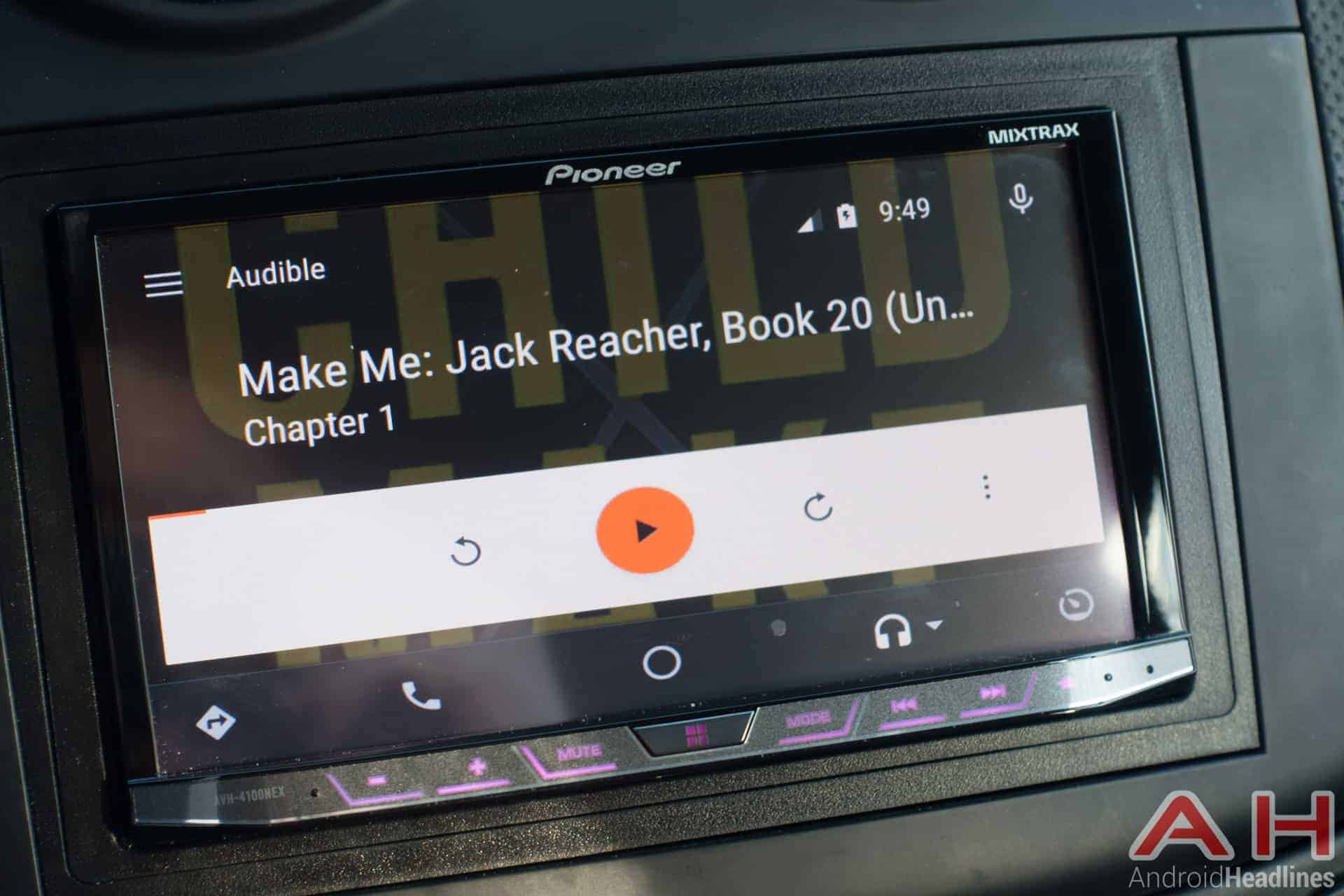 Ford and Chrysler may have been the only auto makers in Las Vegas announcing Android Auto, but they weren't the only announcements there. Pioneer came to the show with three brand new head units to show off, all of which featured Android Auto. These sported better audio, better controls and an improved touch screen over their predecessors. But JBL is what stole the show. JBL announced the Legend CP-100 head unit. This one stole the show because it was the cheapest head unit available, and it still is nearly a year later. This is because the head unit is basically just radio and support for Android Auto and Apple CarPlay, while others from Pioneer and JVC Kenwood all feature SiriusXM satellite radio, cameras for reverse parking and much more. 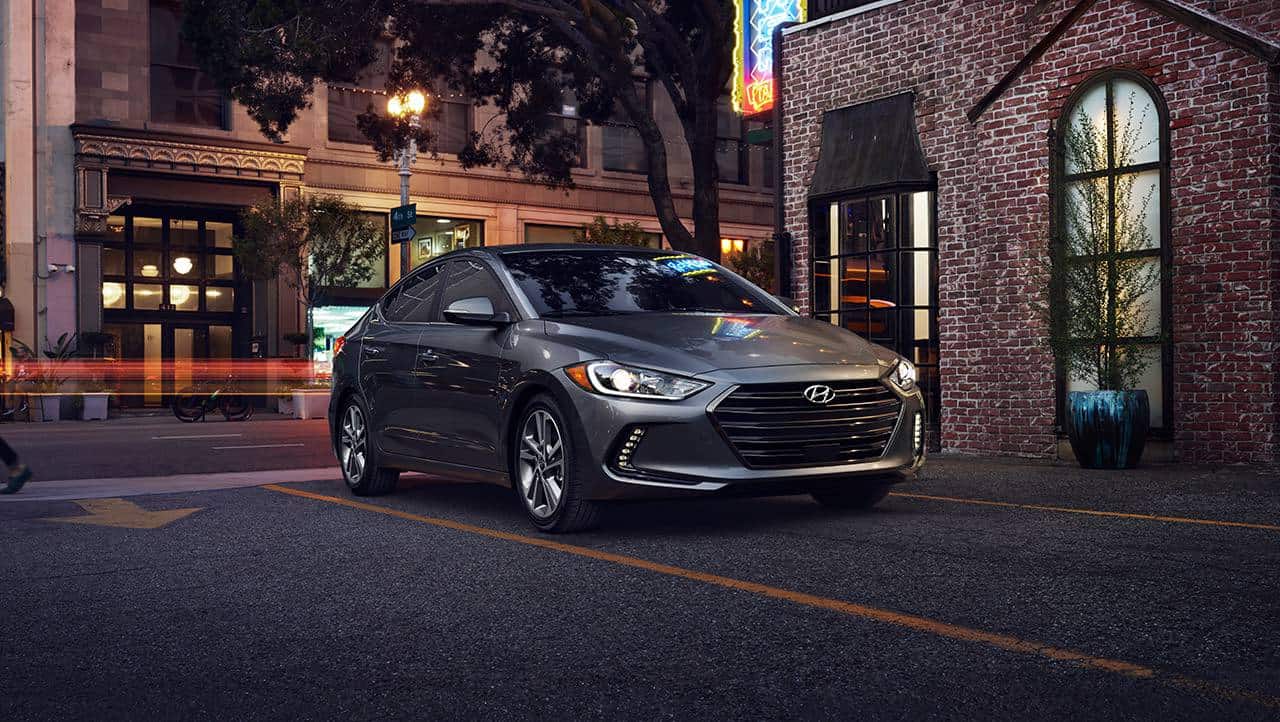 January is a busy month for car tech. The week after CES, everyone heads to the Motor City for the North American International Auto Show, which is where Hyundai debuted their next Android Auto-compatible vehicle, the 2017 Elantra. That's not all that Hyundai had to announce in 2016 as far as Android Auto is concerned though. They also began sending out OTA's to compatible vehicles that would bring Android Auto to their cars. Most cars that are model year 2015 or newer with their 8-inch touch screen got the update. Which immediately brought more people into the Android Auto world. 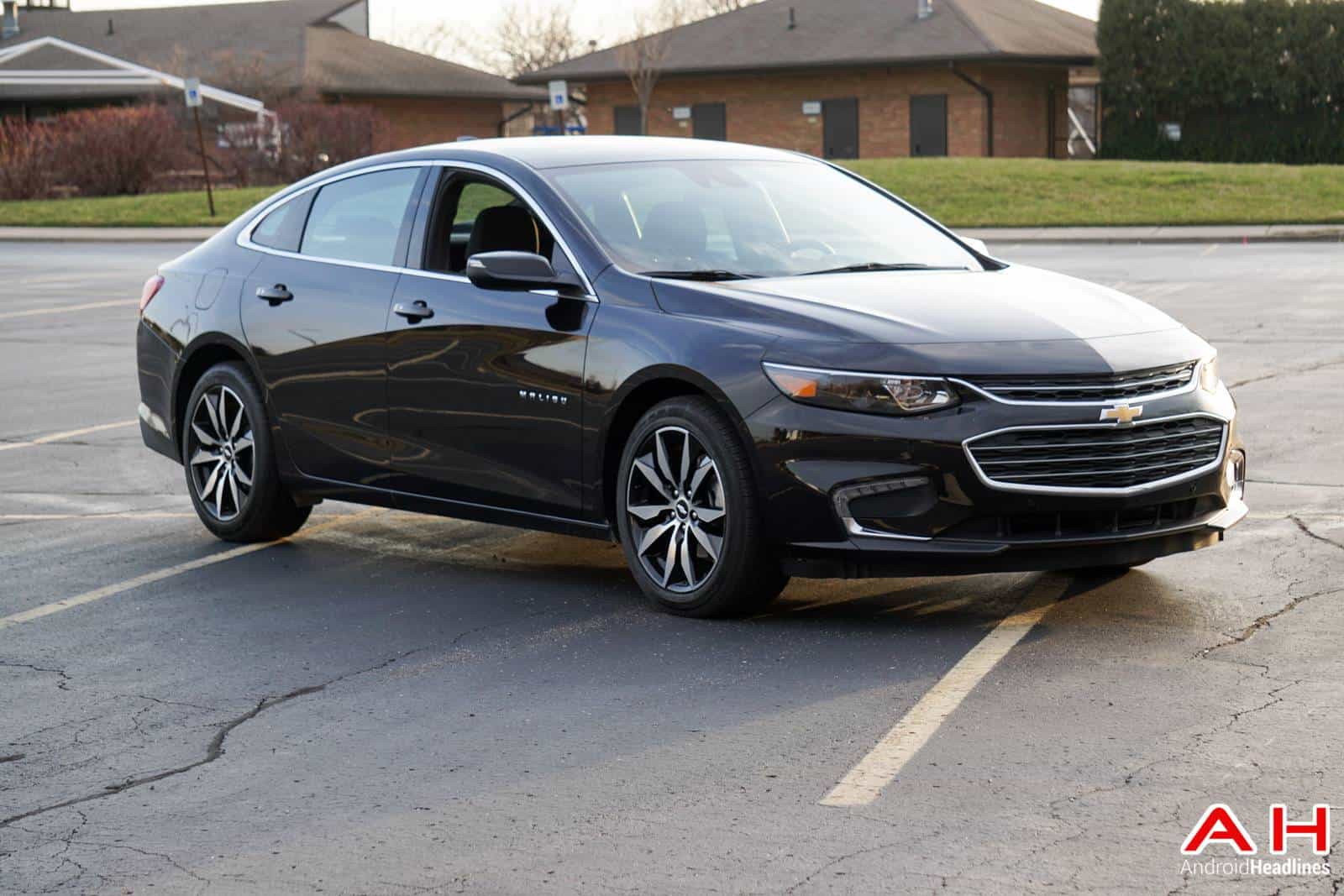 Chevrolet was the first auto maker to go all in with Android Auto. They had announced in 2015 that every single vehicle in their lineup would have Android Auto starting with the 2016 model year. However, at that time, some 2016 models were already in dealer lots being sold. Which meant that they needed to push out updates to their myLink system, which they began doing in the second quarter of this year. Users were able to download the update and install it in their vehicle. 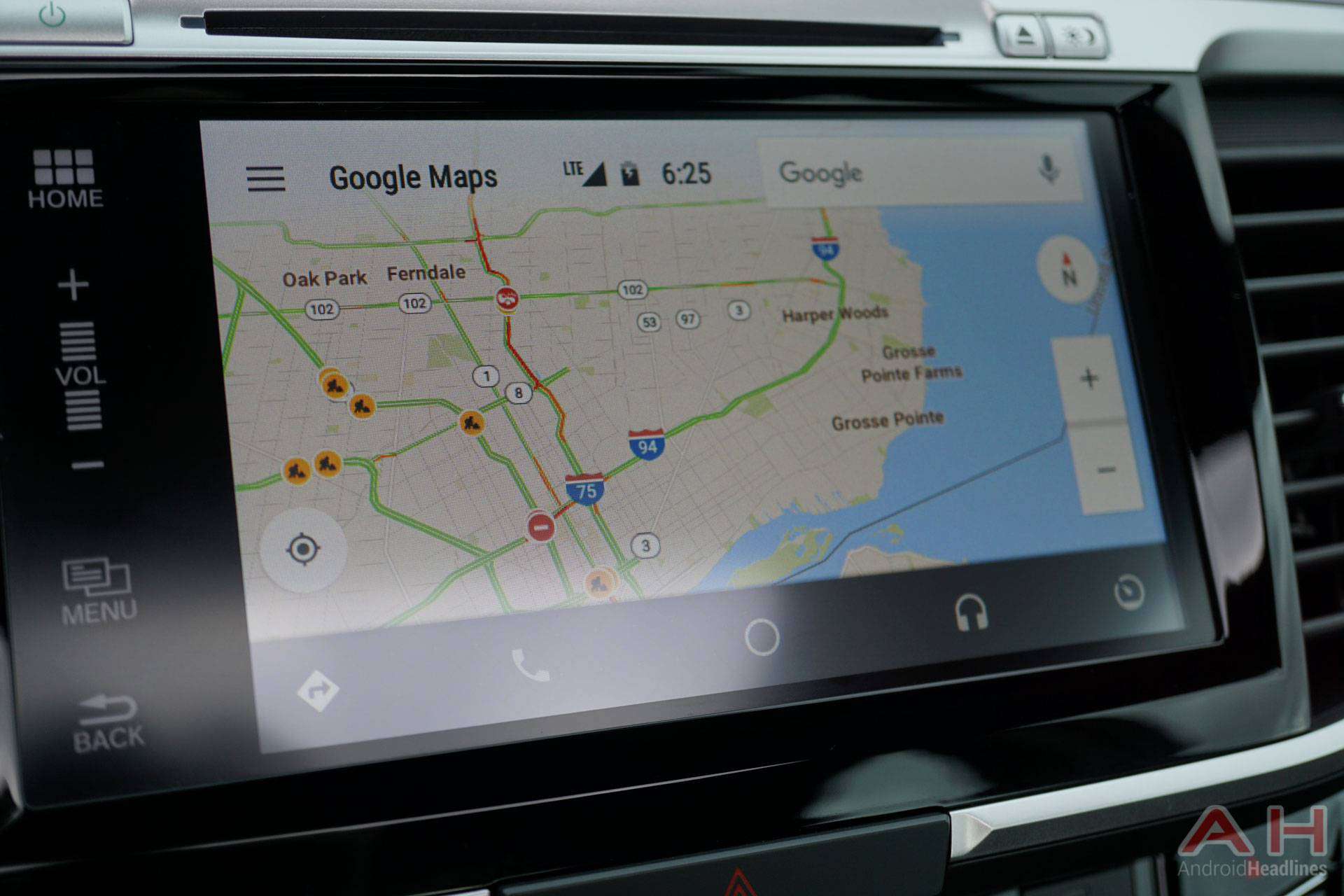 Many thought that Android Auto was available everywhere, but that was not the case. In April of this year, Android Auto made its way into Argentina, Austria, Bolivia, Brazil, Switzerland, Chile, Columbia, Costa Rica, Dominican Republic, Ecuador, Guatemala, India, Panama, Peru, Paraguay, Russia, Uruguay, Puerto Rico and Venezuela. That was in addition to the US, New Zealand, Canada, Australia, France, Germany, Ireland, Italy, Mexico, Spain and the UK. 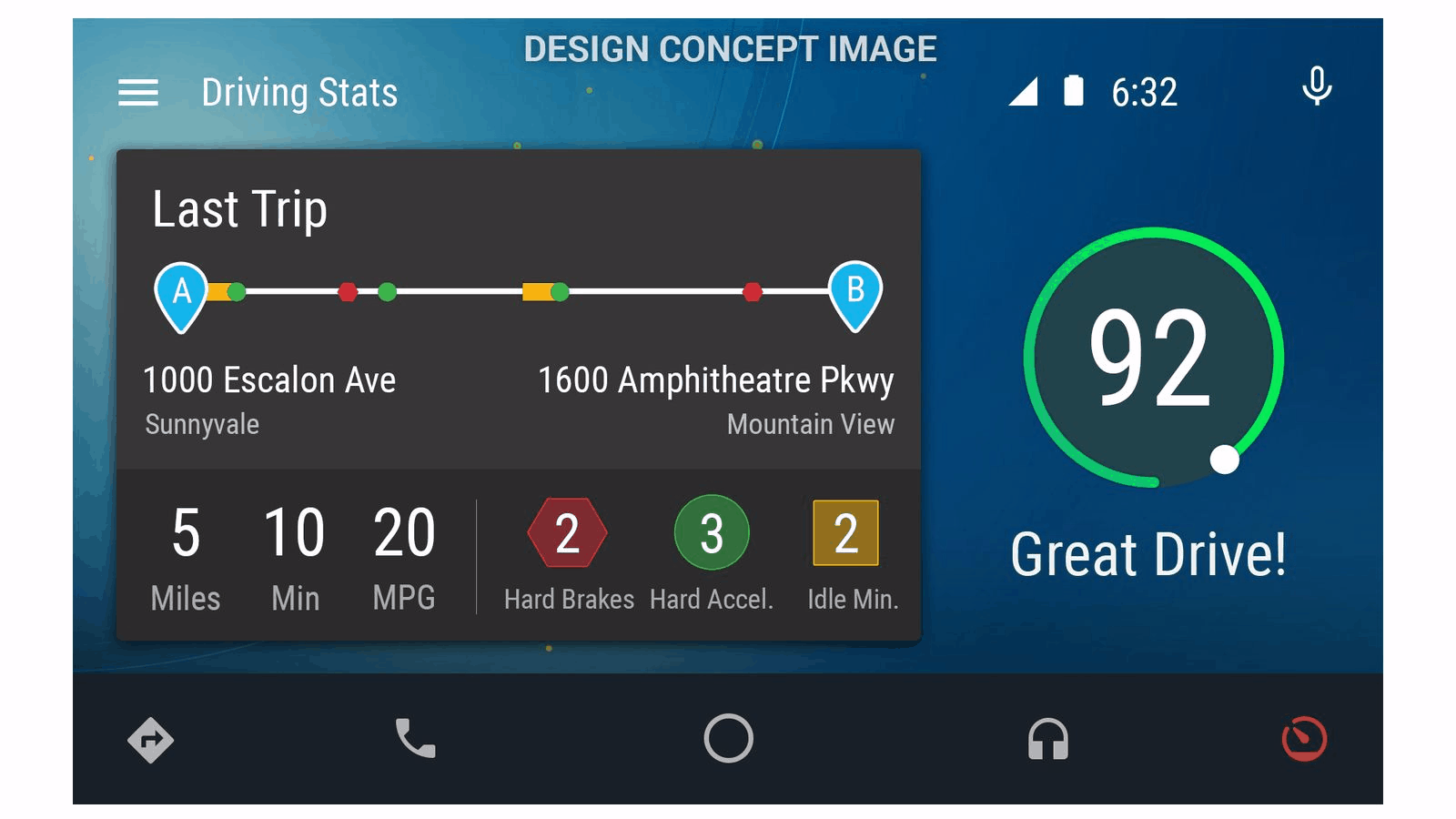 Google didn't have much to say about Android Auto at Google I/O this year, in fact it didn't even make it into the keynote. But one of the bigger features they announced was the fact that auto makers will be able to create their own apps for Android Auto. The image you see above is from Hyundai – who was the first partner to actually roll out Android Auto. This example shows that Hyundai could show users their driving stats, including how many hard brakes and hard accelerations they had (more of these means lower fuel economy). There are other ideas floating around out there as well.

As of December 2016, these apps have not made it to Android Auto and we have not heard much else about them since Google I/O. Which could mean a few things, but it likely means that there is still more work to be done. That's not surprising, since Google does want to be sure whatever they add to Android Auto won't distract the driver. As they are looking to prevent accidents, and not cause them. 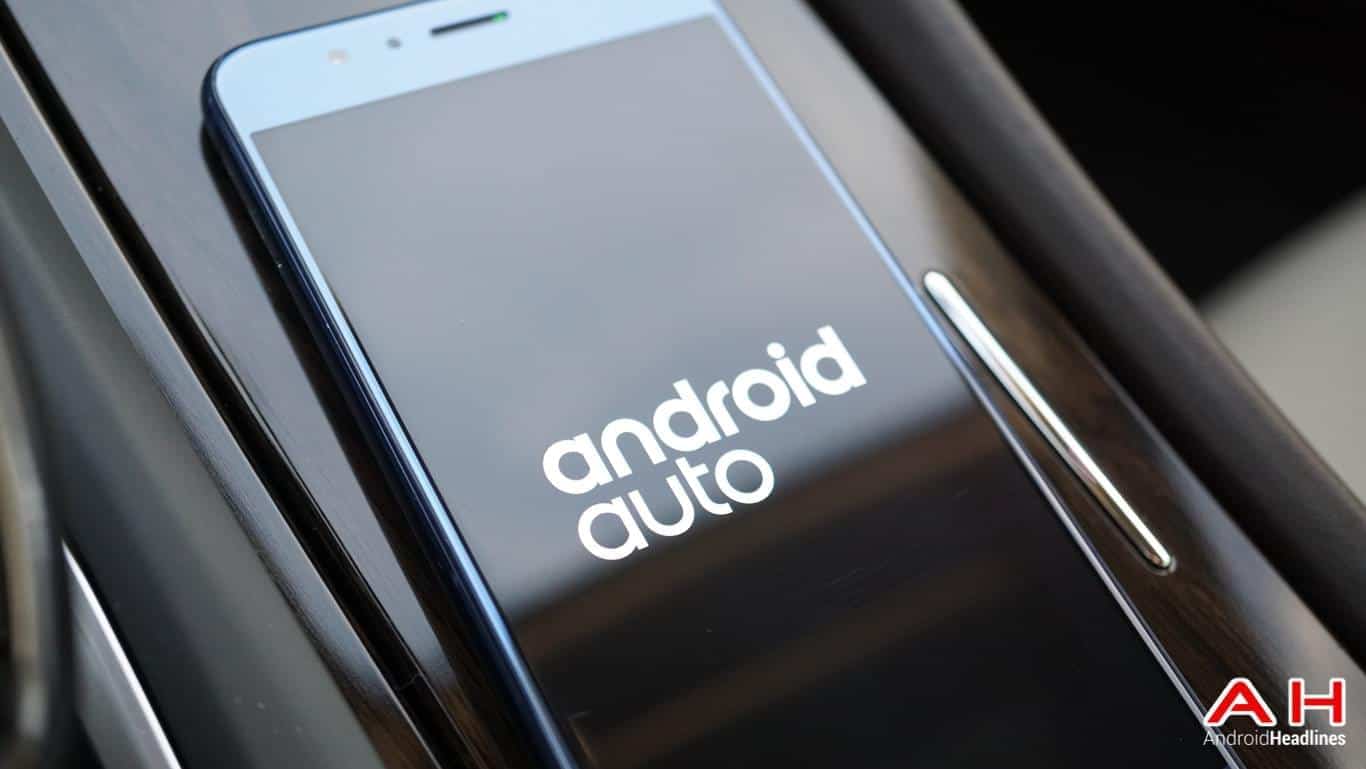 One of the reasons that Android Auto was such a niche product was the fact that you either needed a car that supported it (which was mostly 2015 and later models), or to buy and install a third-party head unit. Which could cost you at least a grand. So Google sought to change that in 2016. At Google I/O they announced that you would soon be able to use Android Auto on your smartphone. Just jump in the car, dock your phone and you'll be using Android Auto. That version of the app launched later on in the fall, and it was actually done quite nicely.

We already had plenty of car makers jumping into Android Auto before 2016. But this year we heard plans from Acura, Kia, Lincoln, Maserati and Mercedes-Benz. And in fact, Mercedes-Benz was not part of the Open Automotive Alliance until around April of this year. However they all have models with Android Auto available right now. Acura only has it in the 2017 NSX though, while the others have it in multiple models.

Kia, like its sister-brand Hyundai, also began pushing out an OTA update to a number of their models for Android Auto. Users were able to either go into their local Kia dealer and have the update installed free of charge, or they could opt to install it themselves. It was a pretty simple update, and over the course of a few months, they were able to add a ton of new cars to the list of Android Auto compatible vehicles. Which is a big deal, knowing how slow the auto industry can be. 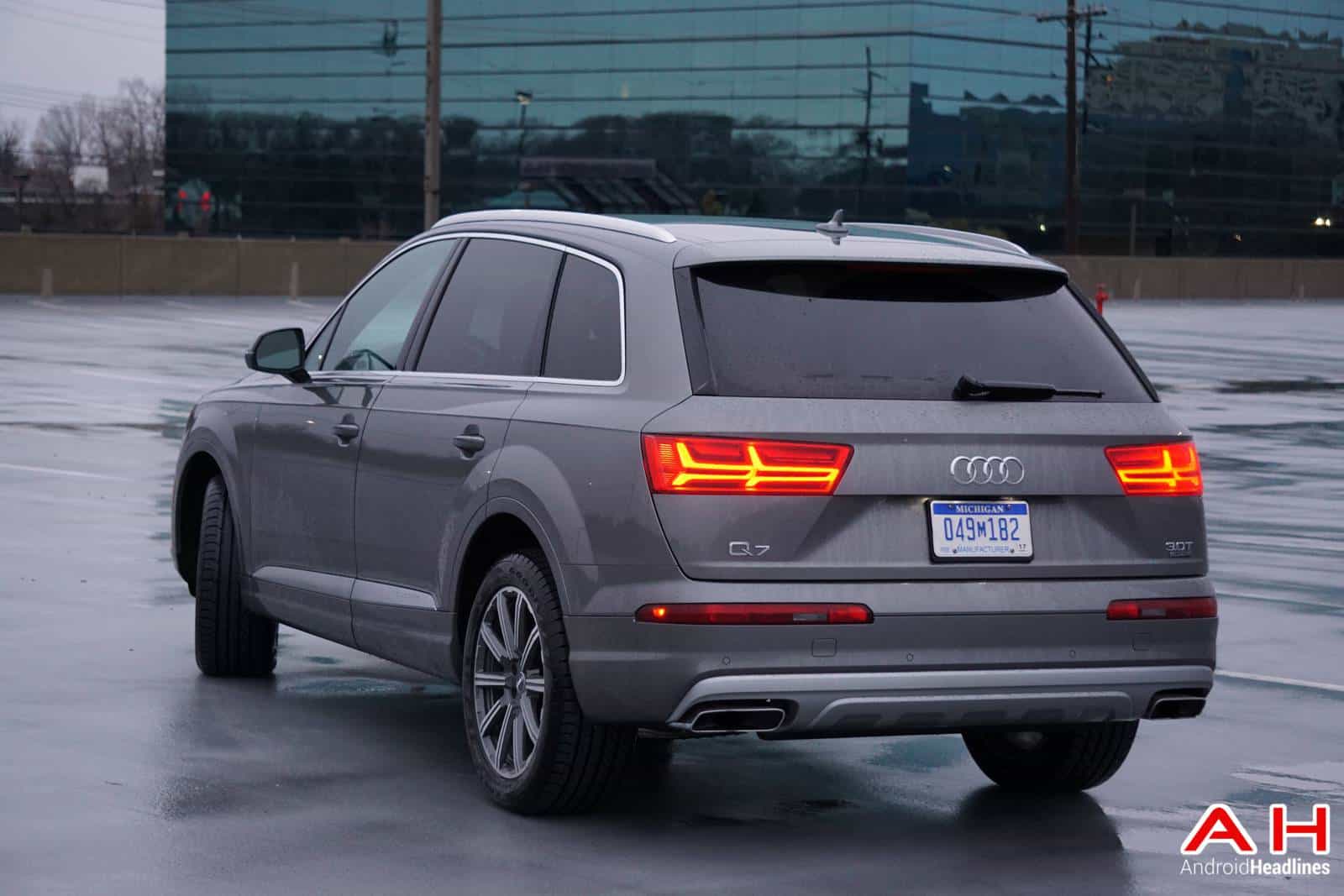 It has been a pretty quiet year for Android Auto, but that doesn't mean that Android Auto did nothing in 2016. Quite the contrary. The Android Auto team has been hard at work at Google, but evolving an operating system that involves cars is not an easy thing to do. Considering most people upgrade their phone a lot more often than their car, most people still don't have a car that has Android Auto (until now, with the newest update to the Android Auto app), so the market is still quite small.

This year was a big year for Android Auto, and with January right around the corner, there's bound to be a slew of new announcements coming in the next few weeks. With CES kickstarting the year in Las Vegas, followed by the North American International Auto Show in Detroit the following week. This is the largest auto show in the US, so there's bound to be plenty of announcements from Android Auto there. 2017 is going to be a pretty interesting year for Android Auto, and it's going to be exciting to see what happens with the platform.