It’s not been a great year for smartwatches, or perhaps more accurately it’s not been a good year for Android Wear smartwatches. Google have delayed Android Wear 2.0 until early 2017, which means new watches are unlikely to launch until Mobile World Congress comes around in February of next year. As such, the releases of high-end smartwatches have been few and far between, but there have been some surprises as well as the return of Samsung with the Gear S3. Samsung’s approach with their own Tizen OS is somewhat limiting, however, and there will be others looking for an Android Wear watch, which should make our winner make sense. 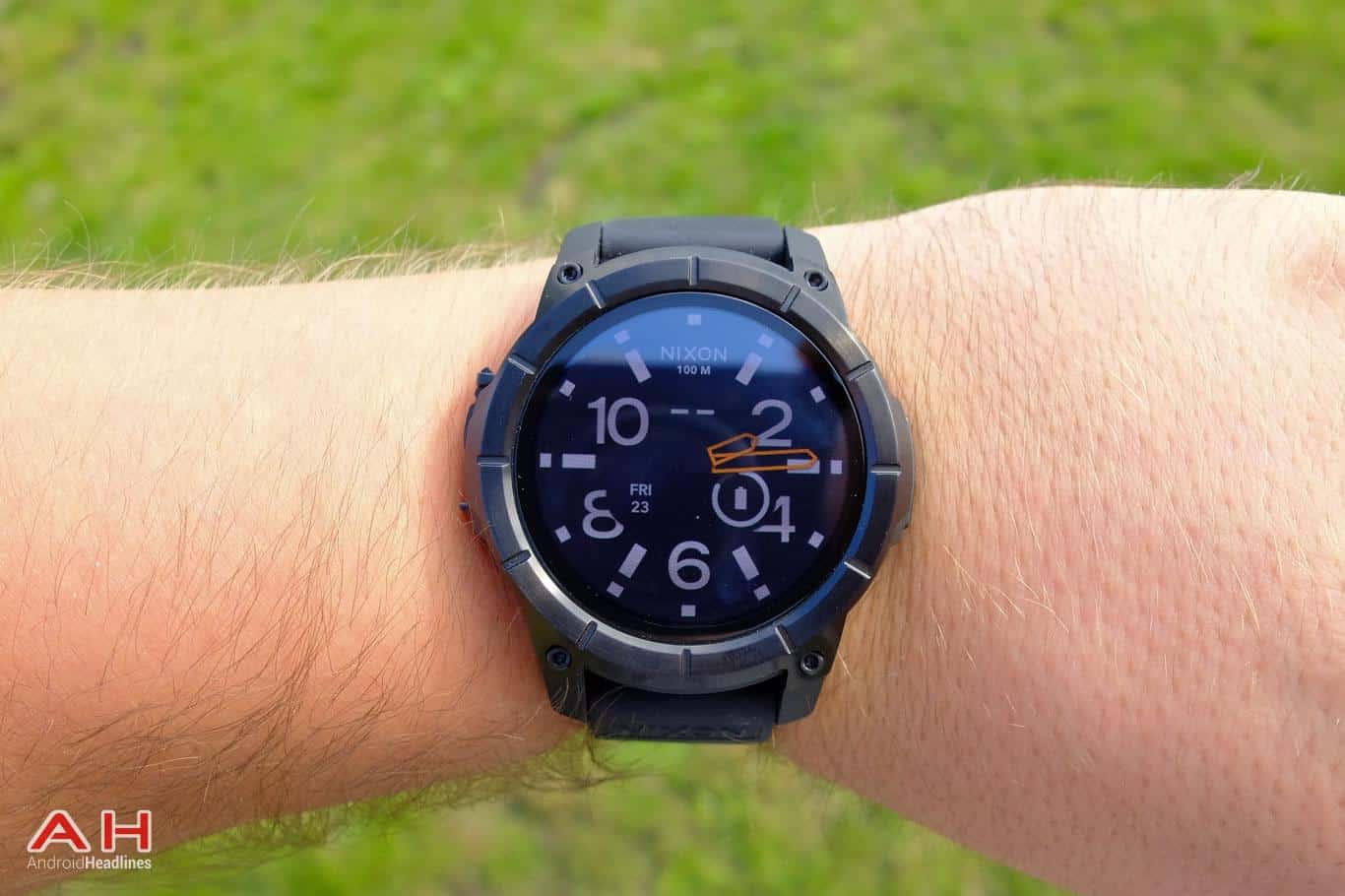 When the Mission was announced by Nixon and Qualcomm earlier on in the year, it was an instant hit. After all, there are few smartwatches that boast the sort of specs as this does, all the while taking a beating and not blinking an eye. Speaking of specs, the latest Snapdragon Wear 2100 CPU keeps things running and an AMOLED display, of the fully-circular variety, takes care of the display. More important than the specs, however, is that the Mission does something few smartwatches can do; it has a 10ATM rating and with an interesting mic lock system can easily be worn while Surfing, Swimming or by the beach to your heart’s content. It’s built to last, thanks to a polycarbonate shell and a 316L stainless steel bezel, but despite all of its muscle and rigidity, the Mission is still a good-looking smartwatch. Perhaps this should have been expected from Nixon, a firm known for creating good-looking watches since they hit the scene in the 90’s, but the Mission is the only Android Wear – or smartwatch that is – that shrugs off knocks and bumps, as well as laughs at the dangers of water, all the while looking better than most.

It’s a bulky smartwatch that might not appeal to everyone, and the Snow and Surf tracking apps from Nixon are perhaps pretty niche, but they’re not the be all and end all of Mission. Instead, the Mission is a perfectly good-looking smartwatch that users can wear on the daily, and even up close it’ll look like another high-end watch, rather than a gadget, and for a watch that’s the ultimate goal, no? With a good set of watch faces, some of which ape well-known Nixon watches, the Mission is a real joy to play with, and users can customize their own watch from the Nixon store, choosing from a wide variety of different straps as well as colored bezels. It’s a shame these accessories aren’t available separately, but they do go a long way to making the watch you’ve chosen feel a lot more like your watch.

The Mission does something few other smartwatches do in that it looks modern, classic, colorful and it’s built to last, all in one watch. Design wise, the Nixon branding is strong, but only goes to show people that you’re wearing something that’s a watch first, gadget second and while it’s certainly on the pricier side of the spectrum, it’s arguable that the Mission is worth it. Nixon should be thoroughly proud of themselves for creating a smartwatch that keeps their own branding alive and well, while offering users something they just can’t find anywhere else.

When Samsung introduced the Gear S2 last year, everyone was impressed with how far their Tizen OS has come, and while that was an excellent watch, it didn’t quite have what it needed in the design realm. The Gear S3 – in either the Classic or the Frontier option – writes this wrong, and Samsung have a great, stylish smartwatch to offer users. The innovative movable bezel is still here, as well as fully-circular Super AMOLED touchscreen which looks excellent, and thanks to Samsung’s own silicon underneath it all, it runs brilliantly, too. Extras come in the form of Samsung Pay, even the ability to use MST to pay at an older card terminal, as well as S Health and a suite of applications you’ll only find on Tizen.

Sadly, however, some of these extras such as Samsung Pay are limited to select devices, and to get the best out of it, you’ll need a Samsung device to enjoy it to its fullest. On top of that, there’s no Android Wear here, which limits the way that notifications behave and limits the amount of apps and watch faces that you have access to. Regardless, the Gear S3 works as a wonderful alternative to the world of Android Wear, and it’s well worth looking into if you’re fed up of Android Wear smartwatches.

The original ZenWatch from ASUS was a way of offering a great smartwatch package without having to break the bank. The ZenWatch 2 built on that, but the recently-released ZenWatch 3 turns all of that on its head – all the while keeping an affordable price tag. With a fully-circular display, a watch strap design that you’d associate more with high-end jewelry than a smartwatch, and of course Android Wear running on top of it all, the ZenWatch 3 ticks many of the right boxes. This is the firm’s first attempt at making a smartwatch with a fully-circular display, but you’d be fooled in thinking that they had been doing this for years. With a design that will remind some of a pocket watch, others of the perfect Moto 360 we never got, the ZenWatch 3 is a real looker. ASUS are keen to hammer home their battery life as well, but many other manufacturers have seemingly caught up over the years, too. The ZenWatch 3 hasn’t been available for long, but considering that Huawei, LG and Motorola haven’t released anything this year in the smartwatch world, ASUS is free to catch third-place with little competition. Which appears to be one of the bigger issues with the ZenWatch 3, in that it’s tough to tell how good it is when there’s been little competition for it to go up against this year.