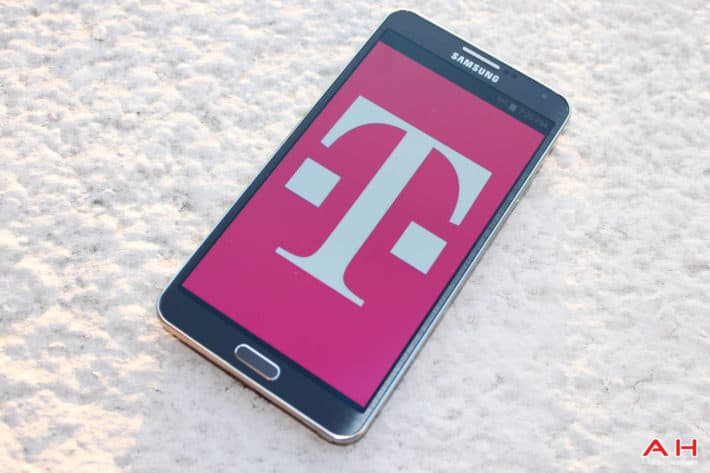 T-Mobile has been pushing change in the wireless industry and improving their network at breakneck speeds to back up the bravado that their changes imply, forcing even bigger carriers to play keep-up. T-Mobile's stock prices, futures projections, and of course value, have all shot up as a result. On the back of some of the most recent improvements and rumors that President-elect Donald Trump may be more apt to approve a network-friendly Sprint merger than past administrations, investors are driving stocks up again, and the big dogs are taking notice. In this case, the big dog in question is Wells Fargo Securities.

Basing their value calculations upon recent network improvements more than any other factor, Wells Fargo Securities' projected share prices for T-Mobile went up to the range of $63 to $65, up $7 from their previous range calculation of $56 to $58. The market has yet to reflect this change exactly, but T-Mobile did see a bump of 1.7 percent for mid-Monday trading, going up to $53.48 per share. Among the more significant facts that led to the decision to upgrade T-Mobile's stock price projections, Wells Fargo's Jennifer Fritzche noted that the Un-Carrier is now routing about 60 percent of their voice traffic through Voice Over LTE, an industry-leading number that has allowed them to refarm significant portions of their old 2G network for 5G. She also made a note of T-Mobile's recent use of AWS-3 spectrum that they got from the FCC in January of 2015 for high speeds on newer devices like the LG V20.

On the subject of the possible Sprint merger and its implications for T-Mobile's network, Fritzsche said that investors had directed the question to T-Mobile CTO Neville Ray, who allegedly called the situation "patchy", saying that Sprint's existing 2.5GHz spectrum could be useful for T-Mobile's network, but that it would be harder to deploy than the mid-band spectrum that T-Mobile already has. Whether T-Mobile merges with Sprint or not, the Un-Carrier has a clear upgrade path for their network leading up to 5G, they recently posted a pretty great third quarter earnings call, and investors are generally pretty happy with Magenta's performance and prospects for now.