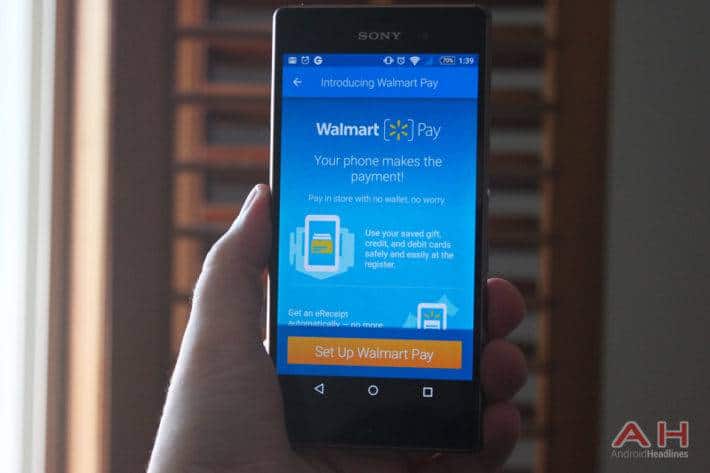 Just about everybody, from the paycheck to paycheck father all the way to the rich debutante, finds themselves shopping in a Walmart at some point in their lives. Consequently, the audience overlap with smartphone owners is simply astounding. With mobile payments taking off as Android Pay, Samsung Pay, and Apple Pay gained traction, Walmart decided to release their own app back in December, Walmart Pay. The app proved to be fairly popular, but those who were already committed to other e-wallets found the app a bit of a hard pill to swallow, or at least an extra step or two, and an extra service having access to their sensitive financial information. Naturally, this holds customer adoption of the app back a little, so it seems that Walmart is taking steps to fix it.

While talks at this point are still in a strictly preliminary state, Walmart is chatting up virtual cash keeping services like PayPal in the hopes of helping their customers to board the Walmart Pay bandwagon just a little bit more easily. Thus far, the talks have borne a single fruit; Walmart Pay has Chase Pay as its very first rival service that customers can put into their Walmart Pay profile and pay with. The service will become available next year. The inclusion of a banking app, with Walmart Pay already able to use credit and debit cards, is interesting, and according to Walmart's senior VP of services, Daniel Eckert, the direction and marketing of the app have been affected by a demographic shift; many more older audiences than originally predicted are using the app.

It should be noted that Walmart, in a joint deal with a number of other retailers, is developing a new mobile wallet app called CurrentC. That makes the decision to start including third party wallets in Walmart Pay even more interesting; will these other wallets be rolled into CurrentC when it's complete and ready to roll out? What will happen to Walmart Pay at that point? Whatever the answers to those questions may be, retail customers will be waiting a while to find out, since CurrentC has been delayed due to some hitches with the project. For now, those who are holding out on Walmart Pay because of their attachment to their current mobile wallet app may want to keep a close eye on the app going forward.