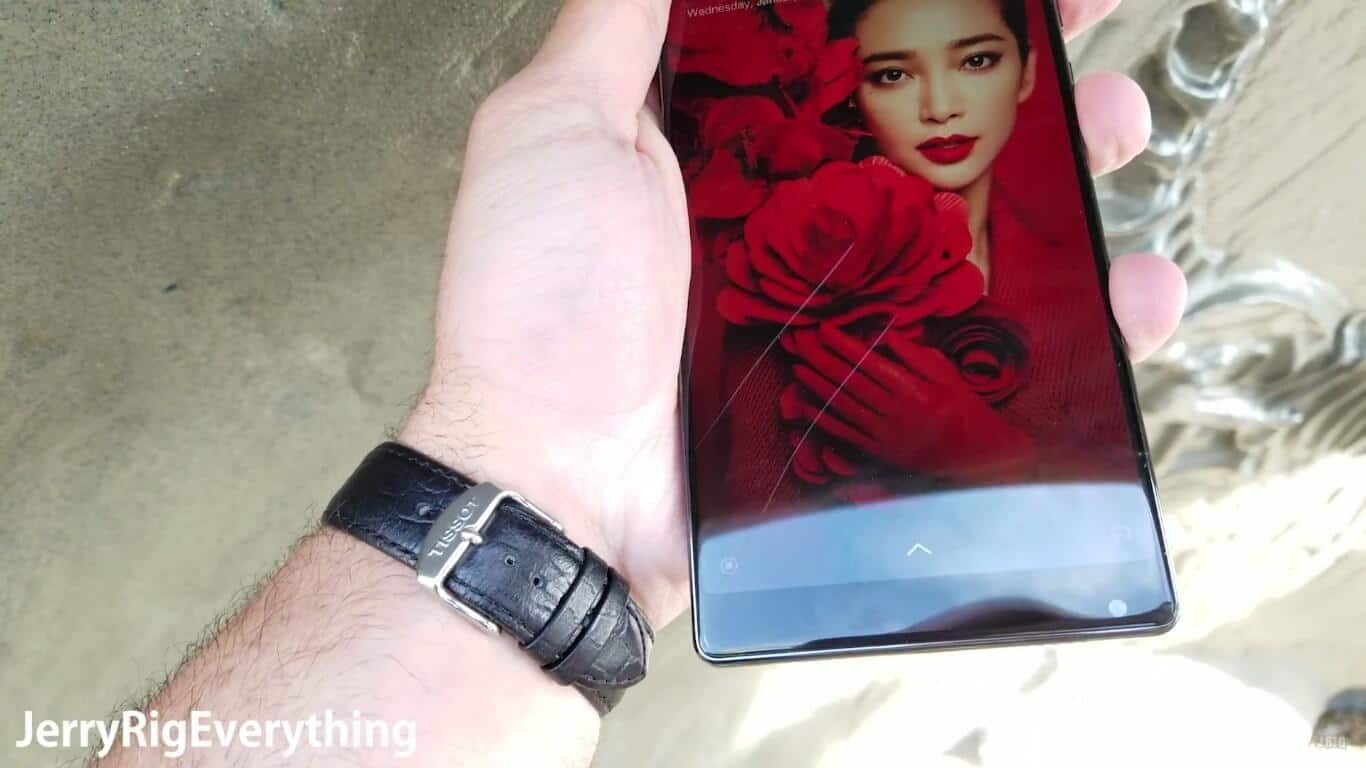 The Xiaomi Mi MIX is Xiaomi’s newly-released bezel-less smartphone. This device was announced quite recently along with the Xiaomi Mi Note 2 in China, and it comes with a 91.3% screen-to-body ratio, and as a result, it looks really stunning when you turn on the display, as it has some bezel only at the very bottom of the device. That being said, JerryRigEverything recently tested the durability of the Xiaomi Mi MIX by scratching it, trying to bend it and burning its display with a lighter. The device actually did really great in that test, it continued working after the test was over, and considering most of its body is made out of ceramic, it didn’t scratch easily at all.

Having that in mind, JerryRigEverything decided to conduct a drop test as well, in order to see how well will the ceramic + glass combination on the Xiaomi Mi MIX hold up. Now, if you take a look at the embedded video down below, you’ll get to see his drop test. First, he dropped the phone from about 6 inches (15cm) from the ground to a concrete surface, and the phone was left unscratched and undamaged in general. After that, the phone was dropped from 1 foot (30cm) onto that very same concrete surface, and once again, the Xiaomi Mi MIX survived without a mark on it. The third, and final, test he conducted was from 2 feet (60cm), though this time around he did not drop it onto the very back of the phone, but he left the phone slip from his leg as he was standing up from a bench. The Xiaomi Mi MIX dropped onto its upper right corner and even though the phone continued working after the drop, pieces of its ceramic frame were missing and the display cracked all the way, it ended up having two cracks from the upper right corner all the way to the lower left corner.

Such results were expected as ceramic is not exactly the best material when it comes to drops, it’s not that resistant to drops (even though it’s super resistant to scratches), and there were no rubber or anything between the ceramic frame and the display which is made out of glass. If you’d like to know more about the Xiaomi Mi MIX, check out our full review of this phablet.