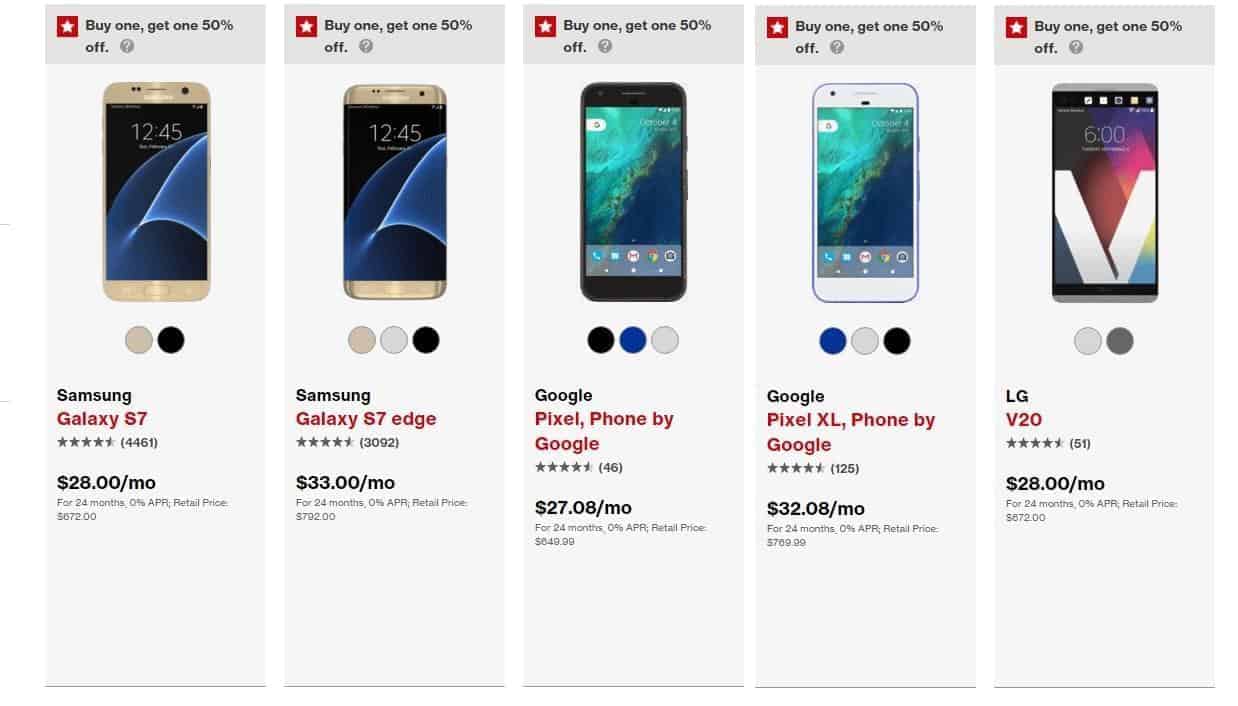 If you happen to be in the market for a new smartphone and especially at the flagship side of things, then it might be worth checking out a promotion that Verizon is currently running. Unlike a recent promotion from Verizon which looked to offer 20-percent off a smartphone purchase, this one is offering savings when buying more than one smartphone.

The deal is simple and one which could provide you with some good savings. To sum up, if you do buy a new smartphone from Verizon, then Verizon will let you buy a second smartphone at half price. That's one at full price and the other at 50-percent off. While that is still a lot of money to outlay and especially as we are talking about flagship devices here, the list of those devices included is pretty impressive and does include most, if not all, of the big name options. For instance, the Samsung Galaxy S7 and the Galaxy S7 Edge are both included, as is the LG V20. Likewise, so is the two new Pixel phones, the Google Pixel and the Pixel XL.

So while it is a lot to spend right now, the cost of buying the two together with the discount does significantly offset the cost of both devices. As the Google Pixel and the Pixel XL have been the subject of much debate over their pricing, if you are in the position to get two new smartphones, then this will be a good way to do so, while saving a few extra dollars. There are some caveats of course, as Verizon notes that a device payment plan for each device is required and the discount will only apply to the cheaper of the two handsets. So to maximize savings, you likely will want to make sure the two devices are relatively the same price. Other than through, the saving is there to be had and Verizon states the discount will show up as an instant discount when selecting the second smartphone. You can find out more about this promotion or take advantage of the savings by heading through the link below. Although, you might want to do so sooner rather than later, as this is listed as a 'limited time' sale with no firm details on when the deal expires.

Advertisement
Verizon BOGO 50% Off Promo
Advertisement
Trusted By Millions
Independent, Expert Android News You Can Trust, Since 2010
Publishing More Android Than Anyone Else
0
Today
175
This Week
282
This Month
4266
This Year
105743
All Time
Advertisement