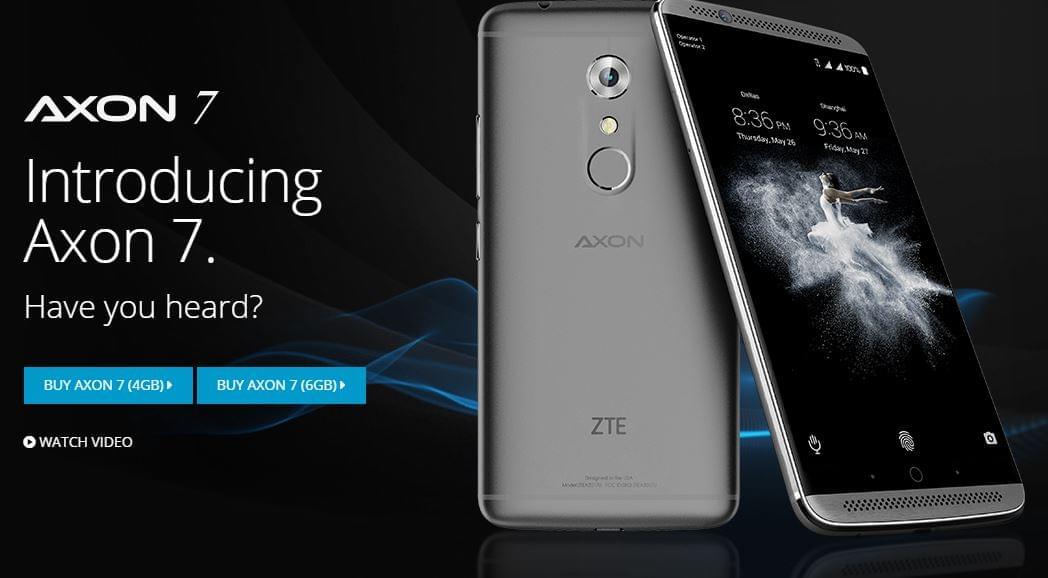 ZTE has announced an upgraded version of the ZTE Axon 7 for the US market, sporting more RAM and on-board storage, along with the addition of a pressure-sensitive display which the manufacturer apparently calls "Force Touch". The device is currently sold in the United States through ZTE's official website, with some media outlets adding that the upgraded model is available in "limited quantities."

While the regular ZTE Axon 7 is equipped with 4GB of RAM and 64GB of on-board memory, the upgraded model now carries 6GB of RAM and 128GB of storage. Otherwise, the refreshed variant is powered by the same components as the original ZTE Axon 7, including a Qualcomm Snapdragon 820 System-on-Chip, an Adreno 530 graphics processor, and a generous 20-megapixel rear-facing camera with sapphire lens, OIS (optical image stabilization), EIS (electronic image stabilization) and PDAF (phase-detection autofocus), and dual-LED flash. An 8-megapixel sensor resides on the front panel and the device is powered by a non-removable 3,250mAh battery which can take advantage of Qualcomm's Quick-Charge 3.0 technology. Interestingly enough, however, it appears that the refreshed model is also equipped with a pressure-sensitive display; a technology dubbed "Force Touch" by ZTE. The name should sound familiar to Apple users, given that the Cupertino-based company uses both Force Touch and 3D Touch technologies in a handful of its products. Either way, a "Force Touch" display allows users to access additional contextual menus by hard-pressing on the display – for instance on an app's shortcut in order to summon a special menu featuring options specific to the said application. In any case, the ZTE Axon 7 refresh carries a 5.5-inch AMOLED panel covered in Gorilla Glass 4, boasting a resolution of 2560×1440. Last but not least, the handset runs Android 6.0.1 Marshmallow with MiFlavor UI 4.0 on top.

As for the smartphone's retail price in the US, the updated ZTE Axon 7 with an additional 64 GB of on-board storage and 2 GB of RAM is available for $499 unlocked. Meanwhile, the original ZTE Axon 7 with 4 GB of RAM, 64 GB of storage and a non-Force-Touch display is priced at $399, whereas the ZTE Axon 7 Mini carries a price tag of $299. More details can be found on ZTE's official US website.