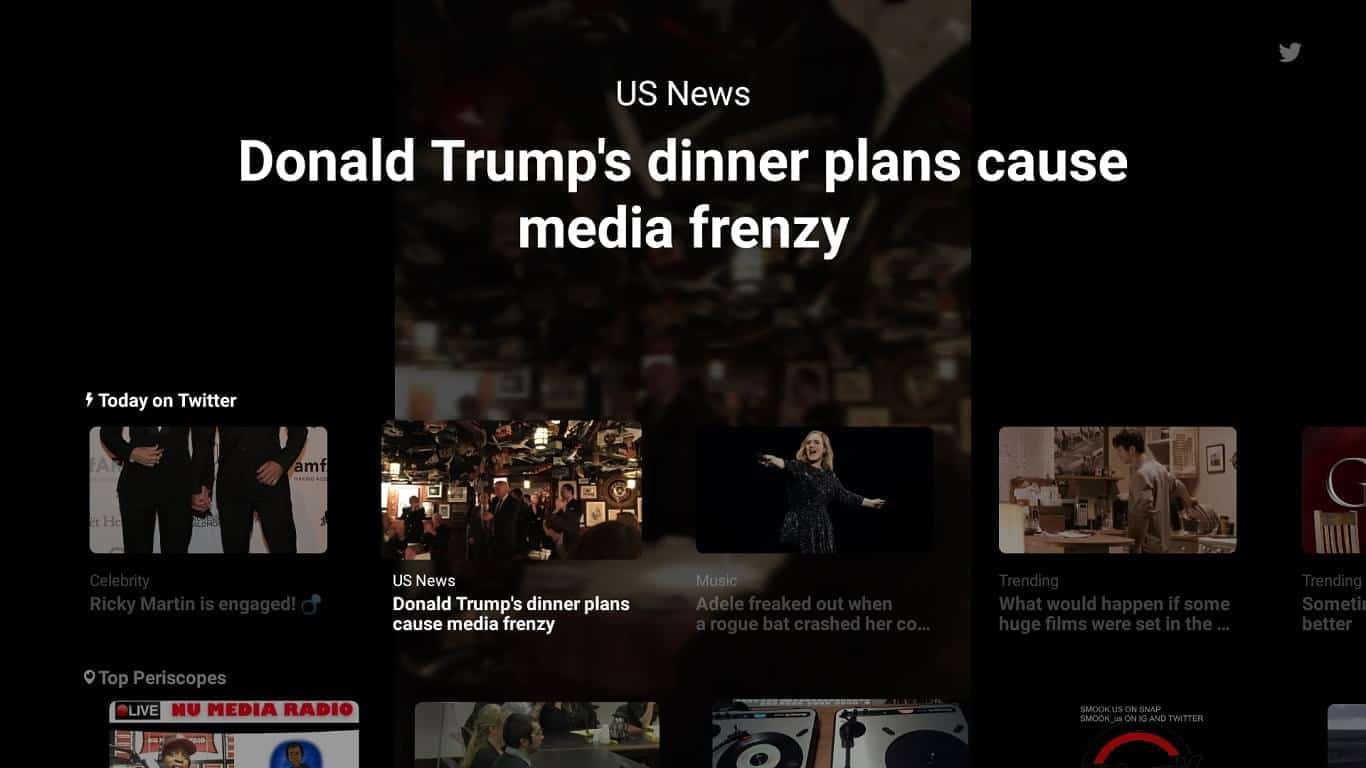 When it comes to Android TV, one of the biggest issues with the platform is the lack of available apps. This is an issue which is not as bad as it used to be, as Android TV has seen a number of apps becoming available over the last year, but compared to the actual number of apps that could be available, Android TV does significant lack behind the other Android platforms. That said, a new app has become available this week and surprisingly, from a very big player, Twitter.

Twitter for Android TV is now available to download from the Google Play Store and if you are wondering what the benefit of having Twitter on your Android TV is, then it seems the app is largely geared towards live streaming content. Twitter has been making a push recently to promote its various ‘watch it on Twitter’ content and this seems to be the latest initiative as part of that push. Generally speaking, the interface seems pretty easy to use once the app is installed, although you would be forgiven for not actually realizing that this is an official Twitter app. The branding is a little bit on the scarce side and the interface is rather Android TV-generic. Likewise, the actual functionality beyond clicking on a video link is very limited. There does not currently seem to be anyway to sign in to your Twitter account or even much of a menu to access or navigate.

Although, if you are someone who does plan to take advantage of the various Twitter live streams including NFL games, then this will be a more pleasant and easier way than having to cast the content from your smartphone or other connected device. It is also worth pointing out that the app does offer more than just sports streams and does seem to have a fairly comprehensive level of news coverage, in case that is more in line with your particular interests. As mentioned, the app is already available to download and costs nothing to download, so if you would like to give Twitter for Android TV a try, you can do so by heading through the link below.