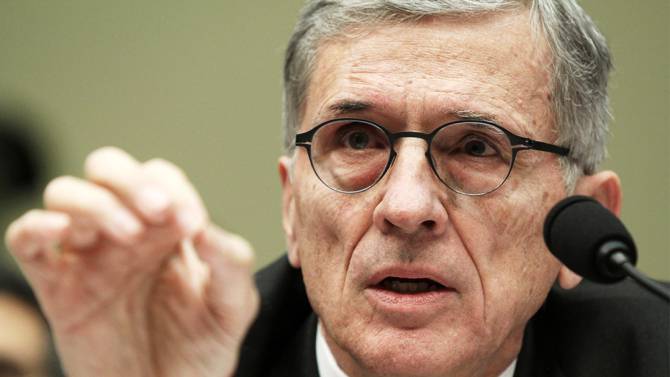 Trump and his transition team is in the process of filling around 4,000 positions in the new administration that will take place beginning January 20th, when Donald Trump officially becomes President. The current President-elect has been in contact with many foreign leaders, and has already placed a number of people at different posts in his administration. But one area that he and his team have not worked on yet is the FCC (Federal Communications Commission). The current chairman of the Commission, Tom Wheeler is expected to be leaving shortly after Trump takes office. But Trump's transition team has not communicated with Wheeler or the FCC just yet.

A transition from the current FCC to the FCC that Trump wants in his administration is important. Especially with the 600MHz spectrum auction going on right now. Changing up the Commission during the auction could have negative side effects, never mind everything else that the FCC is currently working on. State Representatives from Michigan and Oregon have already urged the Commission (via a letter) to focus on the Incentive Auction for their final 10 weeks in office, and that should be their number one priority right now.

The FCC is the part of the government that governs the wireless carriers and networks in the US. Gaining a new Commission is something that Sprint and SoftBank have been looking forward too, as the current Commission has continued to block their attempt to merge with T-Mobile USA. SoftBank ultimately pulled out of attempting to buy the carrier, and opted to wait for the new President and Commission to take office in 2017. It's unclear currently who will be heading up the FCC under Trump, next year, and it looks like that may be low on his agenda for the amount of people he needs to hire and appoint in his administration. But it's definitely something that the carriers are closely looking at, not just for SoftBank to but T-Mobile USA, but also for the Incentive Auction that's currently ongoing. As the current Commission imposed unprecedented rules for this auction, to help out the smaller carriers, like T-Mobile, and Sprint.