Snowboarding is one of the best winter sports out there, it’s exhilarating and quite fun to watch, let alone actually participate in it. That being said, there are quite a few good snowboarding apps available in the Google Play Store, though those are mostly games. In any case, we’ve looked through the Google Play Store for you, and have picked out our top 10 favorite snowboarding applications which we’re here to share with you. Before we begin, do keep in mind that these 10 apps are listed on random, which is why they’re not enumerated or anything of the sort. Anyhow, let’s begin. 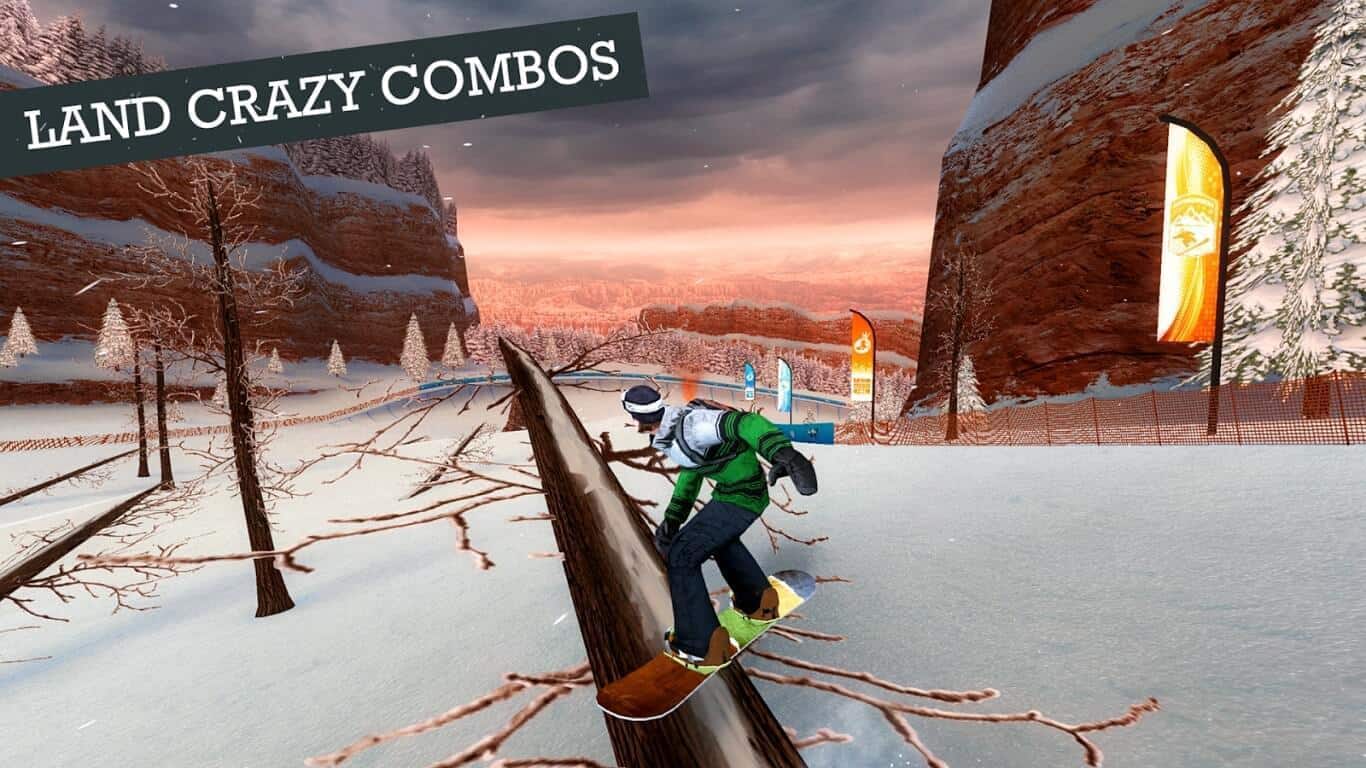 Snowboarding Party 2 is a pure snowboarding game. This basically means that you’ll be challenged on various tracks, and will do all sorts of tricks and what not. This is a 3D game, and it is optimized for NVIDIA SHIELD as well. There are a number of modes available in this game, including Time Attack, Freestyle, Big Air, Halfpipe, etc. The multiplayer mode is also included in this game, just in case you were wondering, and you also get a game controller support. There is a lite (free) version of this app available, while the full version will cost you $2. 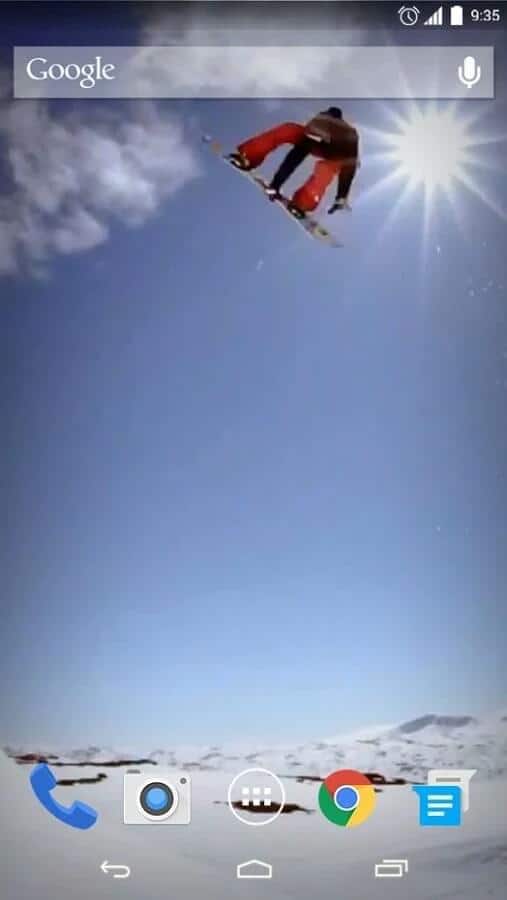 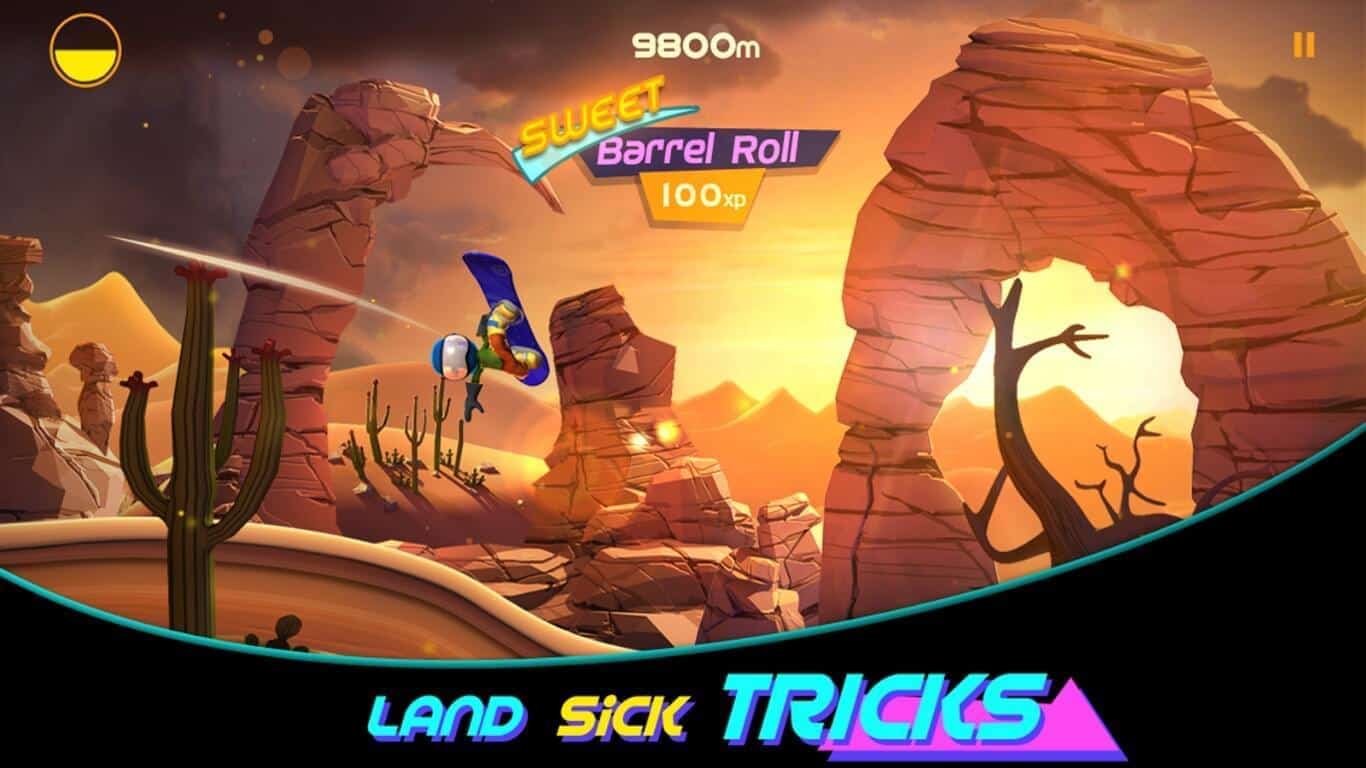 RAD Boarding is a very odd and interesting game at the same time. The main character is dressed like a snowboarder, but be boards on pretty much every terrain. This is a fast-paced game in which you’ll need to avoid obstacles, performs various tricks and fight bosses when it comes to that. You will also hunt down rare frogs in various levels, and popping them will bring you various rewards. 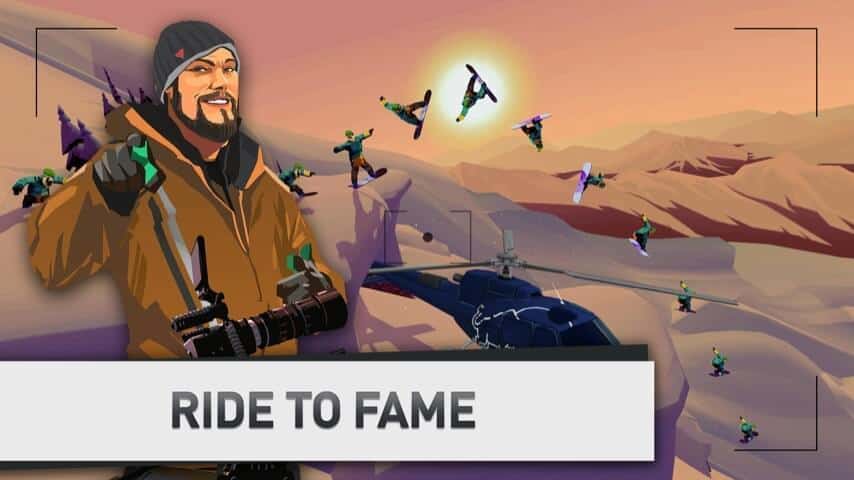 This game is quite similar to Snowboard Party 2, though it’s a bit different. The game looks gorgeous, you will encounter great scenery as you’re sloping down the mountains and performing all sorts of tricks. You will collect various new pieces of your gear along the way, and can participate in daily quick runs which will earn you special package and rare gear as well. Do keep in mind you need at least 1GB of RAM and an Android 4.1+ device in order to run this game. 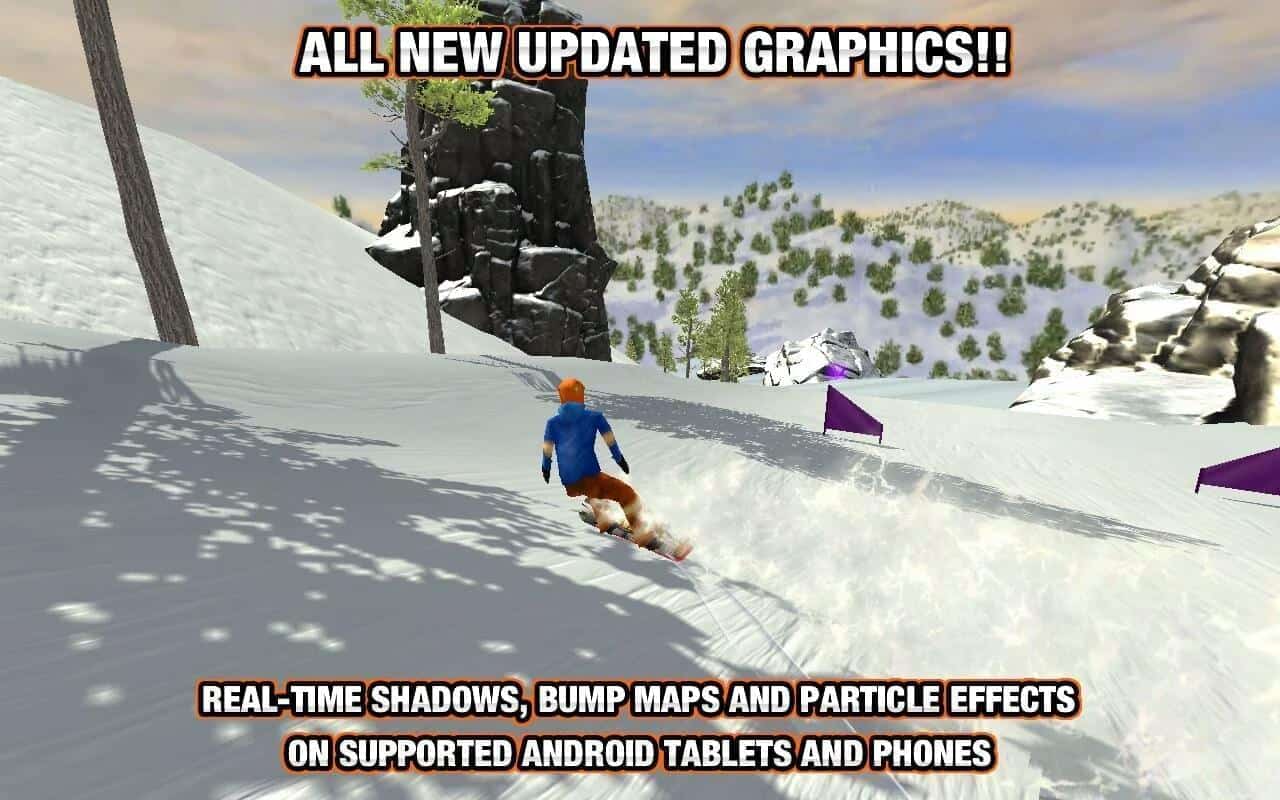 This is yet another really compelling snowboarding game. The graphics are nice in this game, though not as nice as in the ‘Snowboarding The Fourth Phase’ game we talked about a moment ago. Crazy Snowboard is one of the most popular snowboarding apps though, and it comes with 30 different missions for you to go through, 10 achievements to earn and 13 riders and boards to unlock. There are 4 endless free-ride modes available in the game, and it will keep you preoccupied for quite some time if you start playing it. 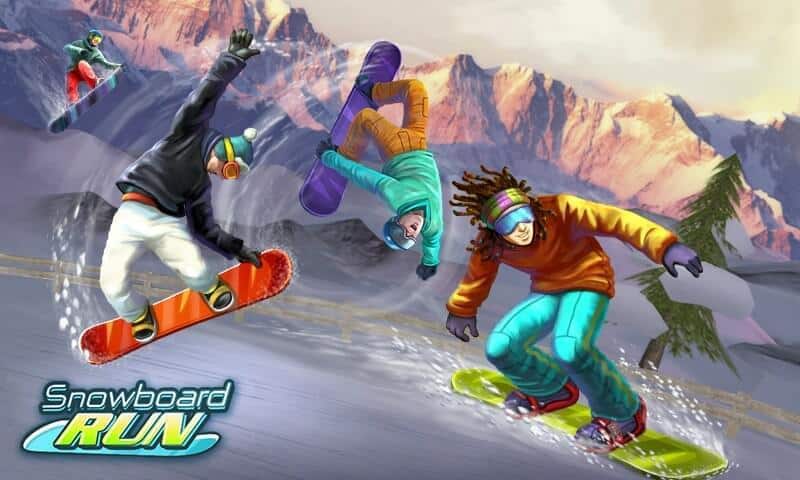 Snowboard Run is yet another typical snowboarding game. You do get really nice-looking graphics here, along with a couple of modes, including the free run and multiplayer modes. You can challenge up to 3 players online to race you down the hill in this game, and while you’re at it, you’ll be performing various tricks and what not. The game currently has some bugs which annoy users, it seems like they occurred when the company pushed out a recent update, we do expect these to be sorted out soon though. 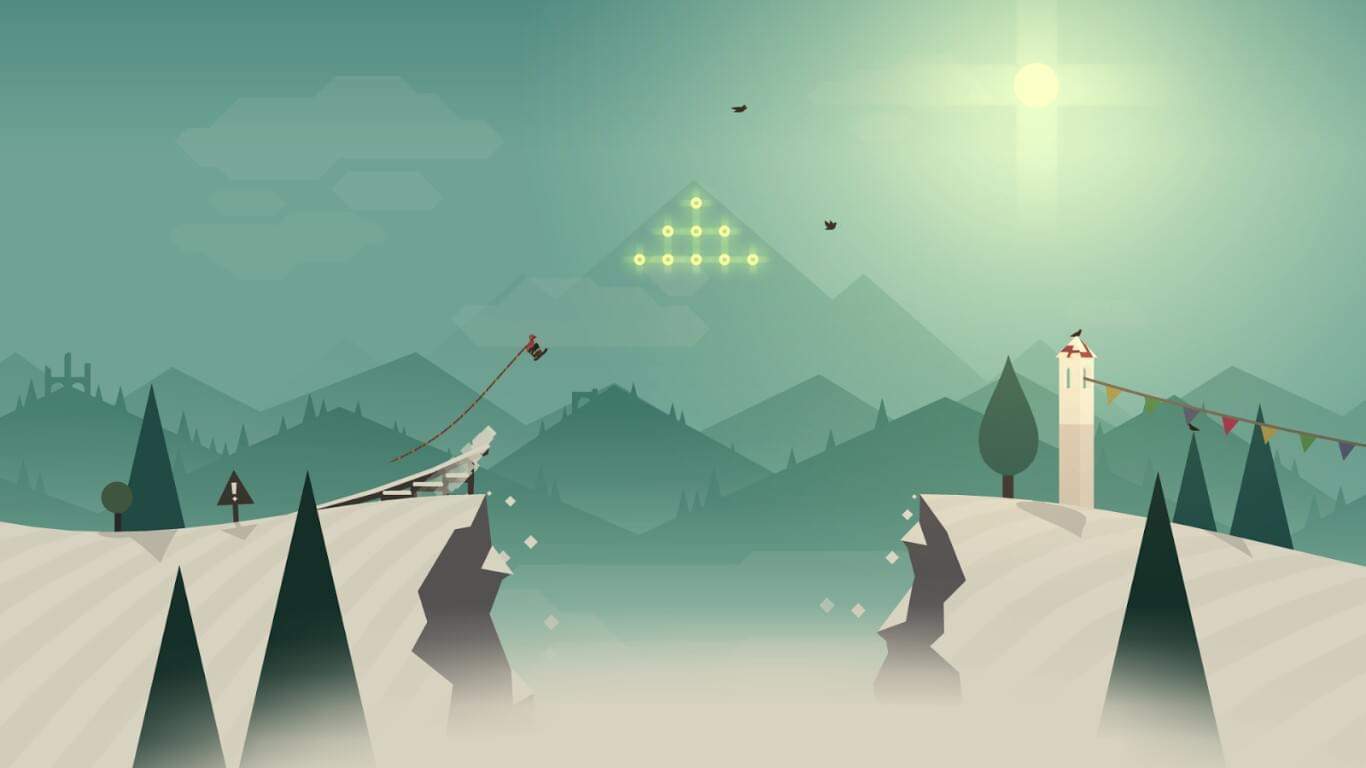 Alto’s Adventure is an extremely popular Android game. This game is unlike every other title we’ve listed here, though it’s both beautiful to look at, and really enjoyable to play. You’ll be snowboarding in various places and will see beautiful scenery along the way. You’ll need to perform tricks in this game as well, though you’ll use only one motion to do them, and there are 180 goals to achieve in Alto’s Adventure. 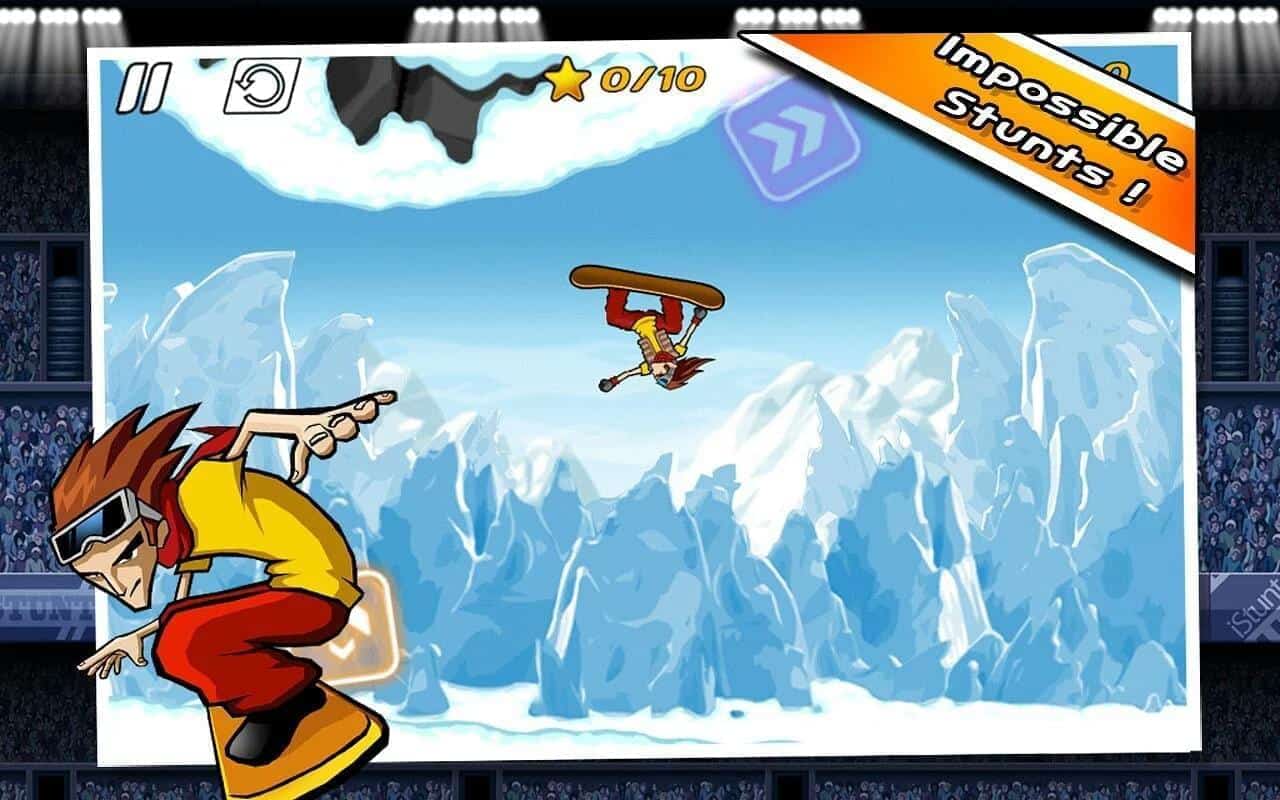 iStunt 2 is a cartoonish snowboarding game which puts focus on performing tricks and not dying, basically. There are over 88 levels at your disposal here, and each of those levels is quite unique and fun to play in its own right. The controls are not that hard to master either, you’ll be quite good at this game soon after you start playing it basically. The game is free to play, though in-app purchases are included here. 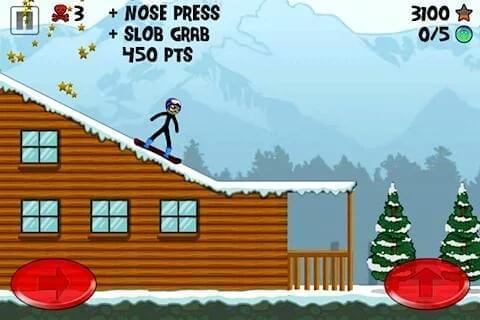 Stickman Snowboarder is a fun, fast-paced snowboarding game, and it’s currently free for a limited period of time, according to the developer. This game comes from the creators of Stickman BMX and Stickman Skater. There are 4 locations for you to snowboard at, and a ton of tricks you can perform here. This is one of those easy to play, hard to master games, if that tells you anything. 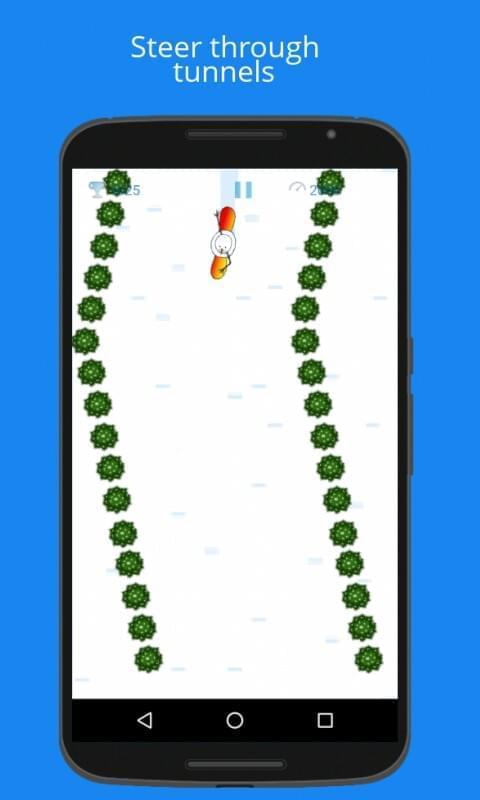 Frosty is a snowboarding game that hasn’t been available in the Google Play Store for that long, and not many people know about it. This game is quite fun though, your goal is to get Frosty the Snowman as far as you can (while he’s snowboarding down the mountain), before he explodes in a ball of flame. There’s a nice tutorial that will teach you how to play this game, and you also get a difficulty setting here, which can make the game quite a bit harder than it currently is.