These days it’s even easier than ever to get a hold of what you want, have it delivered to your door in no time and pay very little for it. Of course, this is provided that you’re armed with the right tools. There are countless different apps and stores online that all offer similar services and selections, but there are also some outliers that many might not have heard of before. In this list, we’ll cover a healthy mix of different stores, apps and services that are available on Android right now. Some of which will be great for thsoe new to Android, some of which are standard options and some of which you might not ever have heard of. 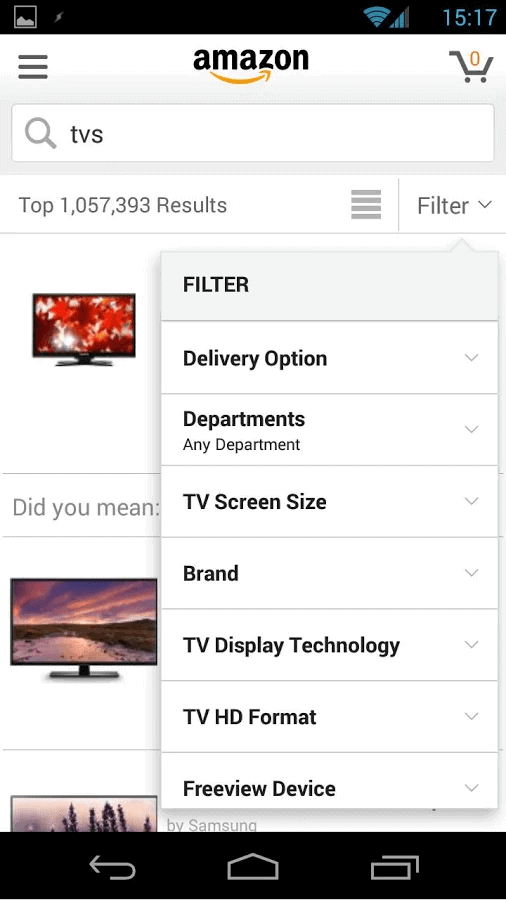 We can’t really have a list of shopping apps on any platform without including Amazon. Sure, it might be a simple and standard options to include in such a list, but that doesn’t mean it’s not a valid choice, either. With a lot on offer for users that want to get something delivered to their door quickly via Amazon Prime, as well as a healthy stream of different deals on all kinds of things from smartphones to hit games, Amazon even sells groceries, large appliances and everything in between. The app makes finding and purchasing something a real breeze and notifications are sent to you when an item is dispatched and delivered, too. 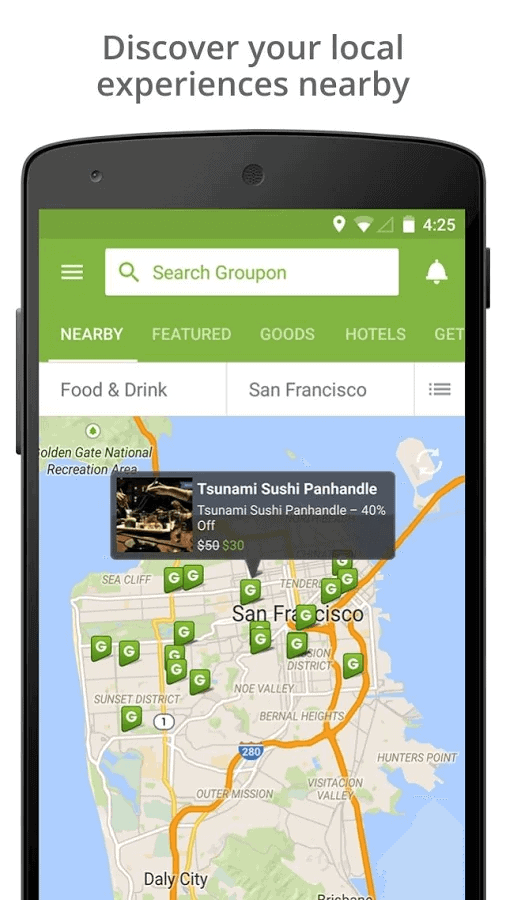 Groupon is a great app for those that are looking to get their hands on a bargain, regardless of whether or not that’s something online or something closer to home. It’s all available via the Groupon app, and it changes from day-to-day. The Android app has a great local feature as well, which will display local stores and deals for these local stores as well as restaurants and such. So, not only can Groupon save you money on big ticket items online, but also help you discover nearby attractions you might not ever have thought to explore. 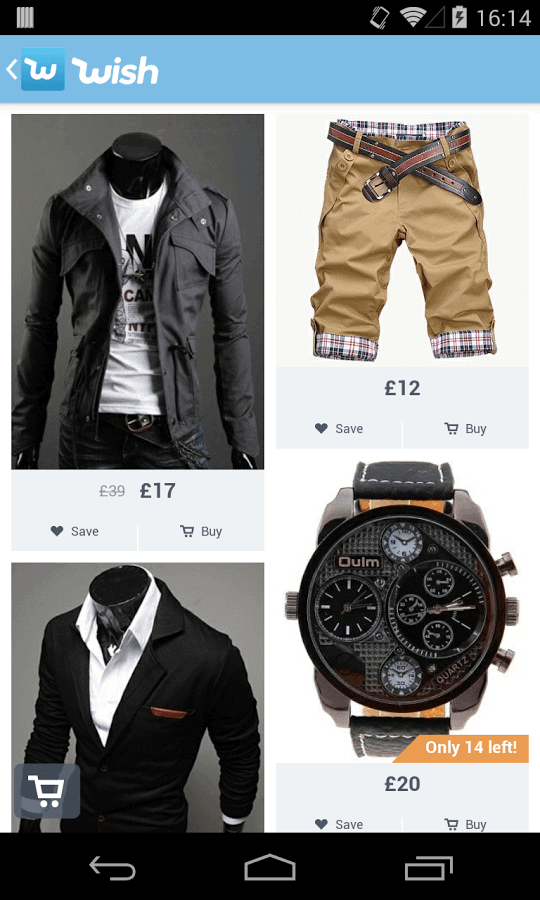 Wish is a fairly new app that curates a selection of fashion items as well as gadgets, accessories and such and then presents them to readers in Europe in North America for as much as 80 percent off of their original price. This is the sort of thing that will appeal to users looking for a bargain, as well as those looking to discover and try something new without having to spend full price on it. A free app that works in Europe as well as North America, Wish appears to be a little hit or miss, but is no doubt worth checking out. 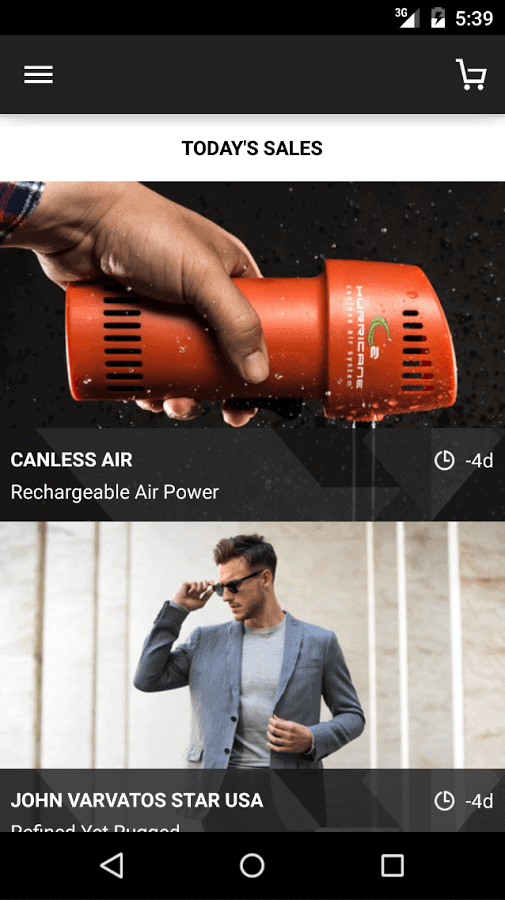 An app to help users find something not only a little more modern, but also a lot more interesting and offbeat, Touch of Modern is well worth looking into. It can be a great place to find gifts for family members as well as the men in your life. Of course, this is an app that can and should be used by anyone, but it’s clear a lot of the products have been chosen for a specific reason. With many items up to 80 percent off of their initial retail price, there’s a lot of good reasons to give this a try, especially for those in the market to save some money here and there. 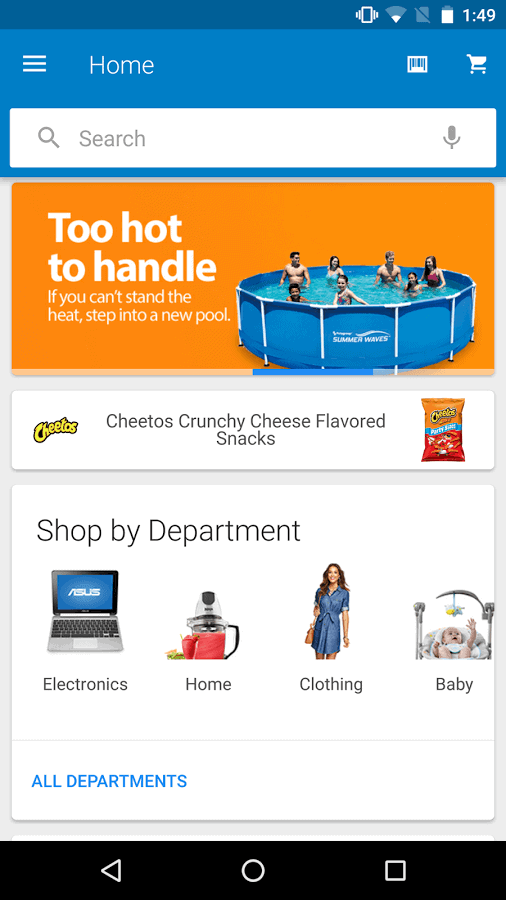 A simple and fairly basic affair, there’s not much in the way of features to write home about here in the Walmart app, but it does give users the opportunity to speed things up by reserving items in store, and there’s also the weekly ad to take into consideration as well. There’s a pharmacy part to this app as well, and it all comes together nicely in a fairly simple designed app that has some surprising features to offer users. 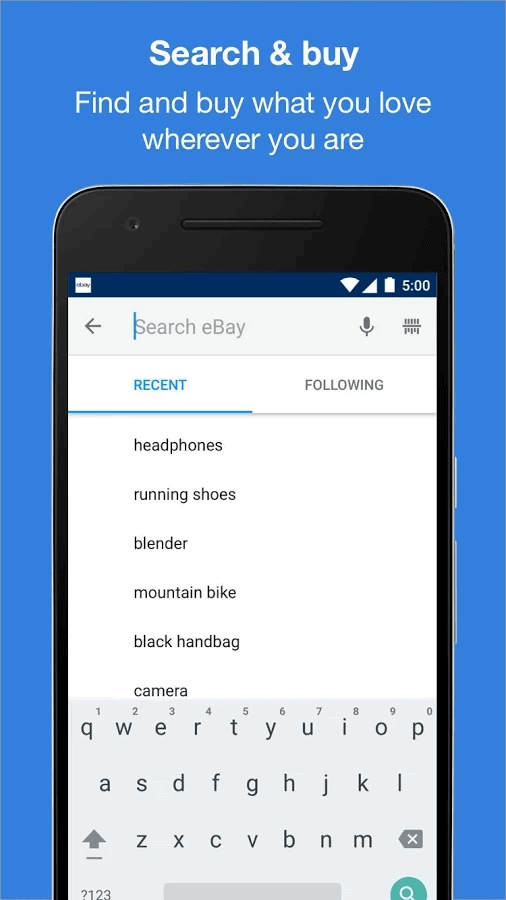 If you thought that you could get anything or everything you wanted off of Amazon, then eBay takes that to a whole new level. Of course, the majority of users will no doubt be familiar with what eBay has to offer by now. The Android app has a fairly decent interface, and crucially, it offers a really quick and simple way of filtering searches for specific items from the sidebar. There’s an Android Wear component to the app and the notifications that the app provide will make sure that you don’t miss another auction or buy it now offer ever again. 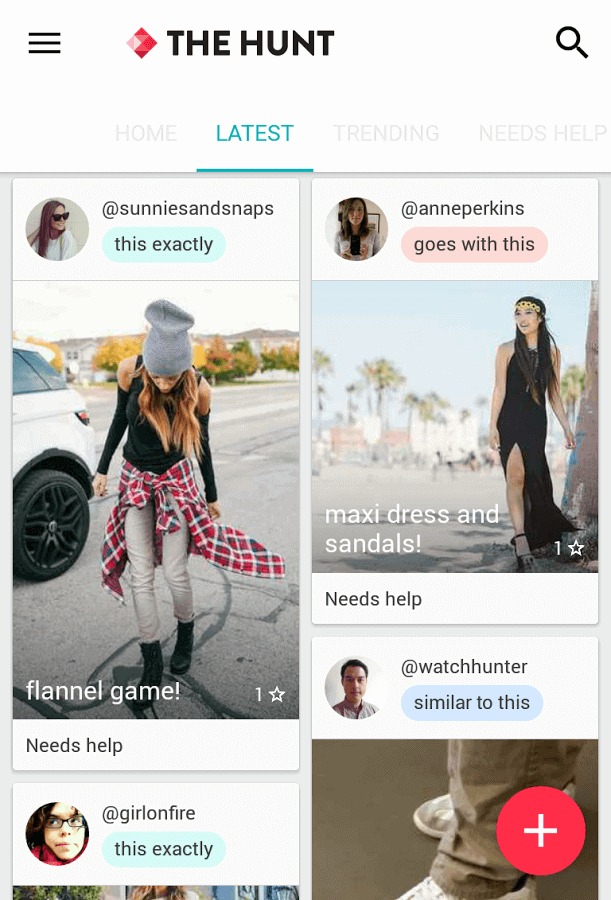 Being able to leverage social media like Facebook and forums like SlickDeals for better deals and prices is one thing, but being able to actually find what it is you’re looking for is another thing entirely. With The Hunt, users can take a picture of a fashion item that they’re looking for, and then leverage the help of a close-knit community to find suggestions similar to it, and in a lot of cases, the very thing that you’re looking for. This is how a shopping app in 2016 should be, and while it might not be for everyone, there’s a lot of value on offer here. 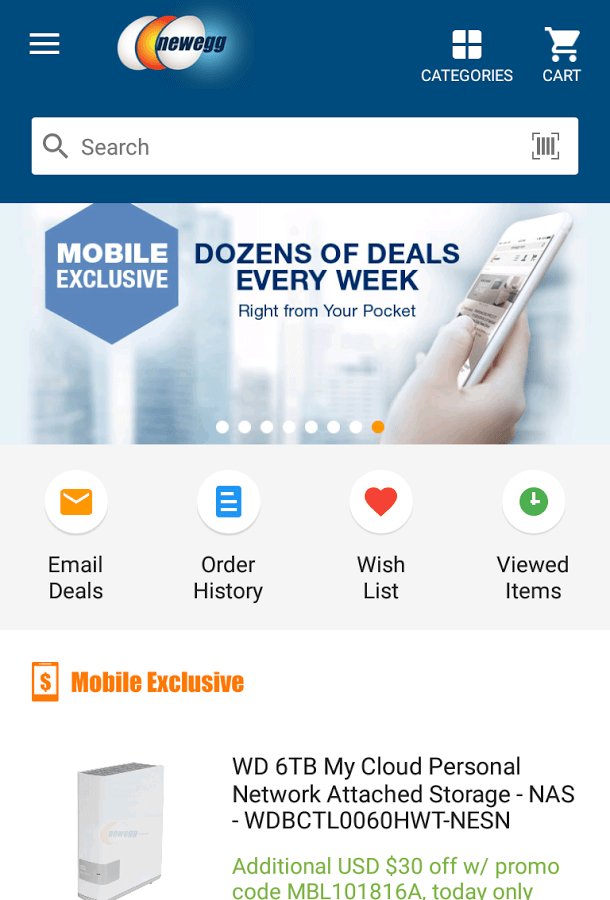 Newegg rose to the top during the early 2000’s for offering users a great place to shop for computer parts and electronics in general. While it’s still a great place for the tinkerers to shop and explore, there’s a lot more to it than that these days. Newegg is now a competitor to the likes of Amazon and co. and often delivers better prices and has better deals on a lot of similar products. Again, this is a site many will no doubt be familiar with, but there’s a lot to learn if you haven’t yet tried out Newegg before. 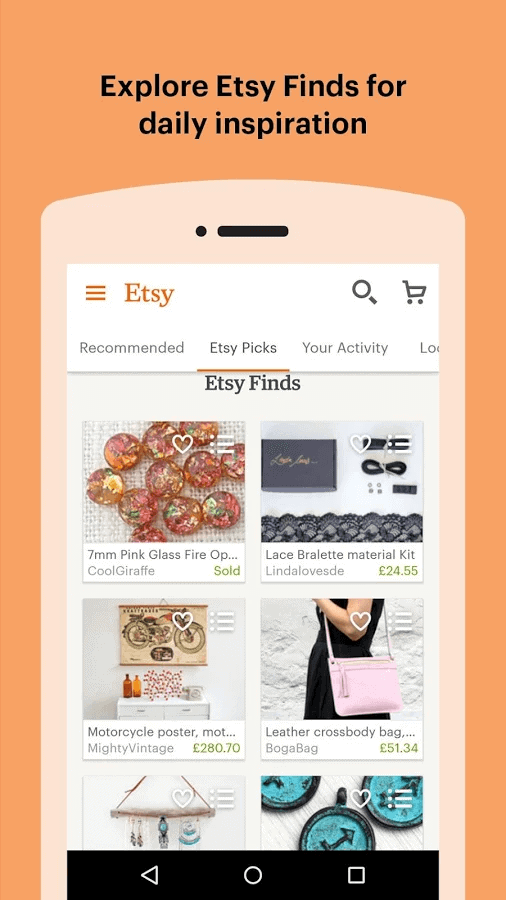 Amazon and eBay might be great places to find products and such that are mass-manufactured, but for something truly unique, then one needs to turn to Etsy, where the majority of items are hand made, many of which offer customization and offer great value. With items from sellers all over the world, it’s hard not to find something you don’t want to own on Etsy, and it also makes for a fabulous gift destination for those people you’re still struggling to buy for. Great for fresh finds as well as making sure you’ve turned over every rock, Etsy is well worth trying if you haven’t already. 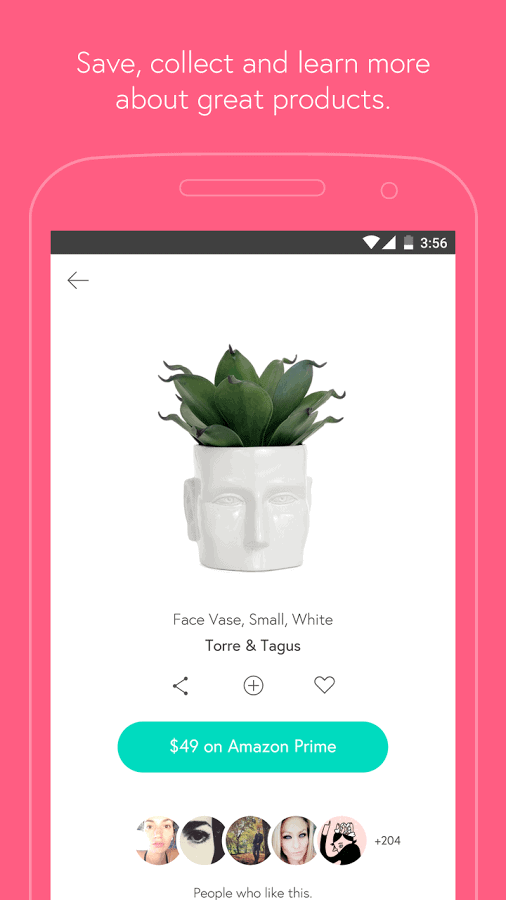 If Amazon is the source of practically everything everyone wants to buy, then Canopy is the well of that source, albeit a much cleaner, better-looking well that cuts through all of the noise. Canopy is sort of like a catalog for all that Amazon offers, helping to curate and cut through all of the fluff that is often overlooked on Amazon. Canopy is an app for those that want to purchase something quality, for those that want to go off the beaten path, but still have the sort of peace of mind that shopping with Amazon has given users over the years.