If you are considering picking up a Chromebook, then there has never been a better time to do so. The market is literally teeming with options now and ones which do make certain Chromebooks a more unique proposition over others. So whether you are looking for a traditional laptop-like experience, a tablet-like experience or something in between, there is a Chromebook suited to your needs. To try and make the process of navigating the Chromebook market a little easier, here are our ten best picks for Chromebooks in November 2016. 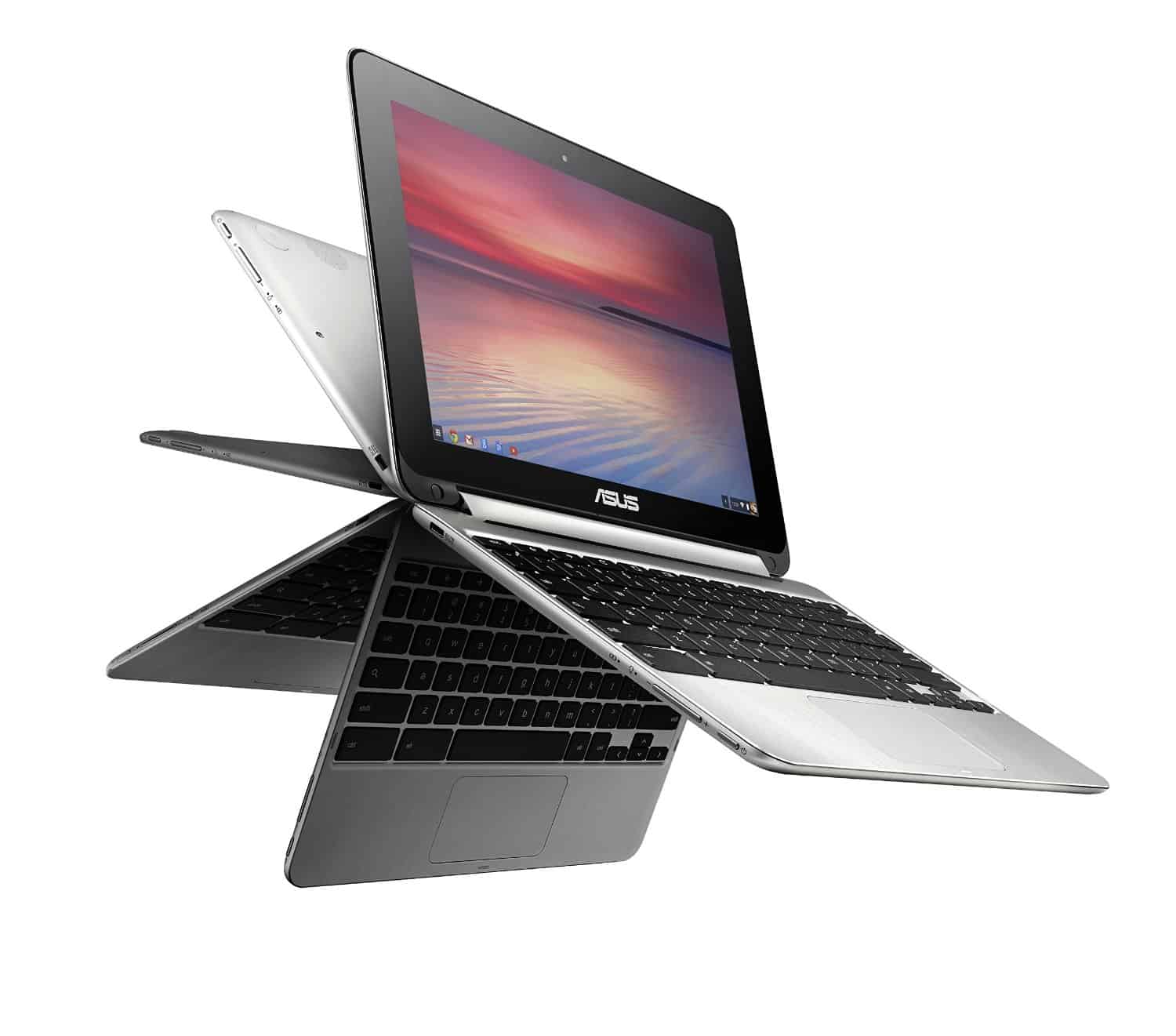 Starting off the list this week is the ASUS Chromebook Flip. Unlike many of the other options on this list, the Chromebook Flip is one which is extremely versatile and can be used in a variety of positions, including a tablet mode. However, it is a rather small Chromebook as it does comes boasting an 10.1-inch tablet-sized display. That said, the rest of the specs are pretty on point with 4GB RAM, 16GB internal storage and a Rockchip (RK3288) processor all included. For those wondering, this is one of the Chromebooks which has already seen its Android app support being switched on and in terms of price, the ASUS Chromebook Flip is a little better-priced than it was last month – as it can currently be picked up for only $259. 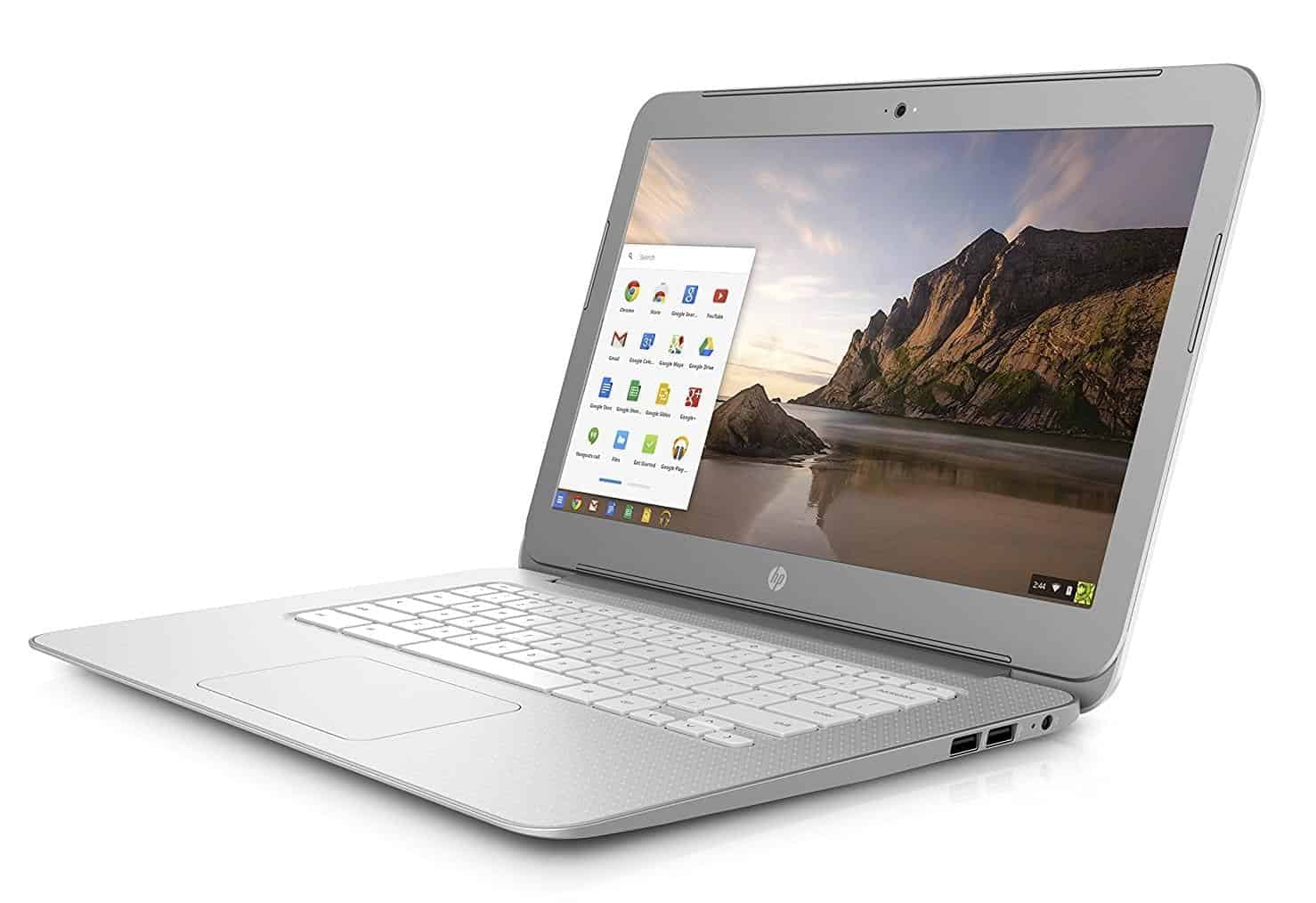 HP's Chromebooks have always been popular options and this latest model is no exception. This is a Chromebook which comes equipped with a very nicely-sized 14-inch display which makes it an ideal option for those looking for a bigger screen. Not to mention, it is available in multiple different spec formations so you can choose the right combination to match your needs and your budget. Options include a 2GB RAM model with an Intel Celeron N2840 or a 4GB RAM model with the same dual-core processor or an upgraded Intel Celeron N2940 quad-core processor. If you happen to be buying this month, then the best deal is currently on the 4GB RAM with a quad-core processor, which can currently be picked up for only $249.99. Although if you need to save a little more, the 4GB RAM model with the dual-core processor is available for only $229.99. 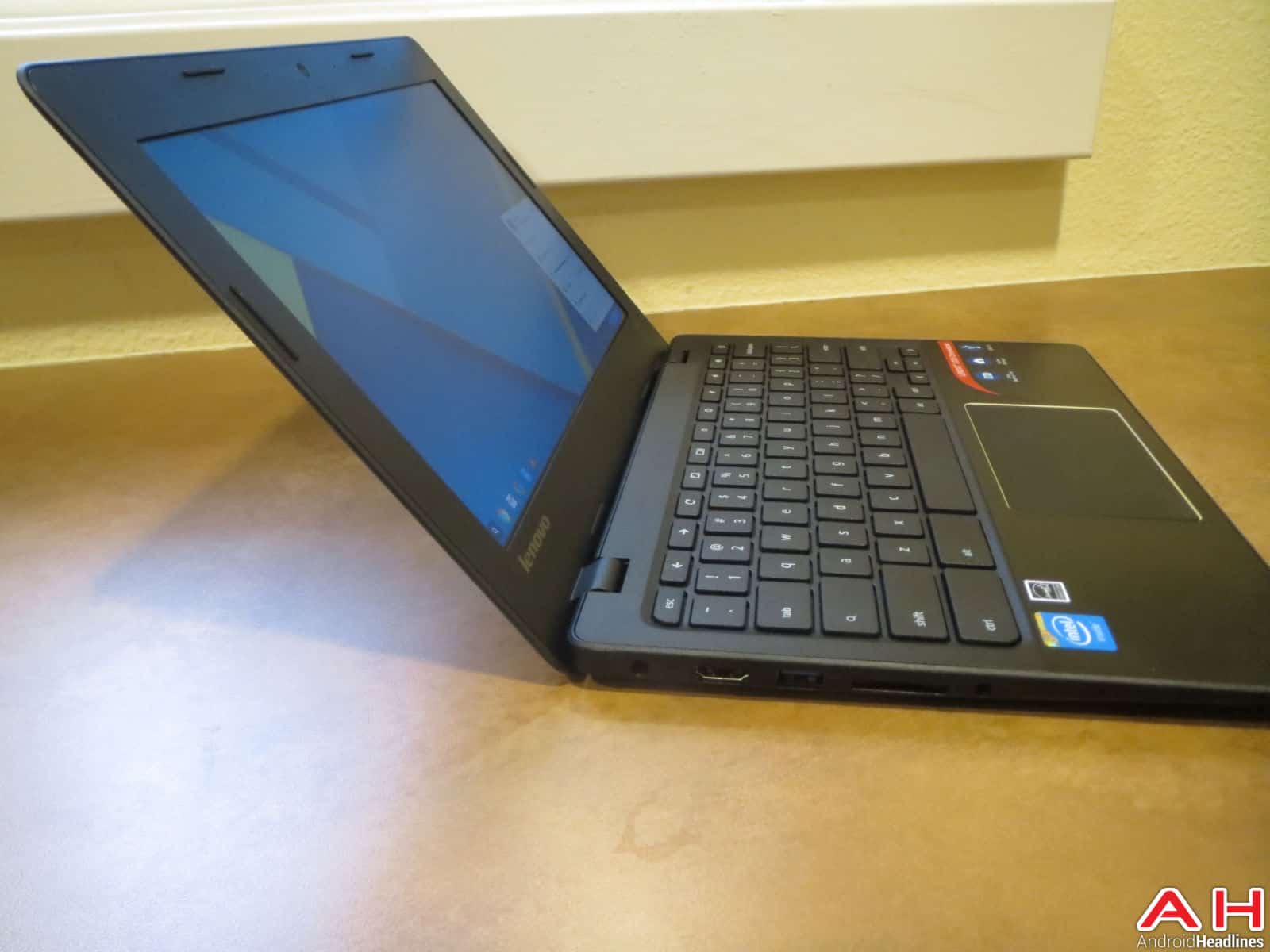 The Lenovo 100s is one of the few Chromebooks which purposely looks to undercut the already-affordable Chromebook market in general. Therefore if you are looking for a very affordable option, the Lenovo 100s Chromebook is one of them. This is a Chromebook which comes with a retail price of $179.99, although it does currently seem to be available for only $168. Which makes it even more affordable than usual. The downside though is that in return for that affordability, you are compromising a little on specs. This is a budget Chromebook after all and does come packing an 11.6-inch (1366 x 768) display, along with 2GB RAM, 16GB storage and an Intel Celeron (N2840) processor. 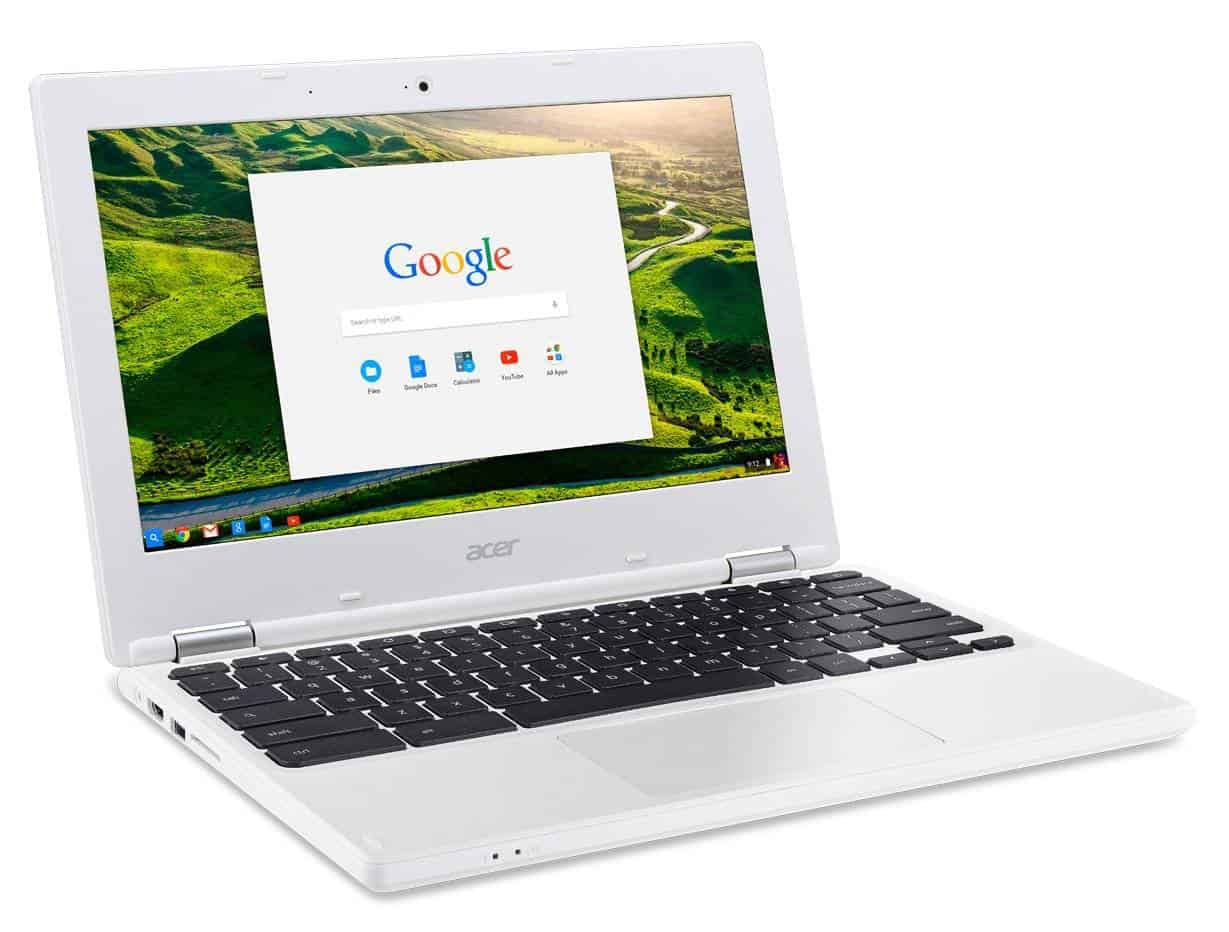 In many ways the Lenovo 100s and the Acer Chromebook 11 are largely interchangeable. They both come sporting an 11.6-inch display, they both pack in 2GB RAM, 16GB storage and are both powered by an Intel Celeron (N2840) processor. So generally speaking, they are largely the same level and type of Chromebook and are both equally priced around the same. Which does mean they continually battle it out for which is the better option to go with. This month it seems the Acer Chromebook 11 wins that battle. In addition to being in line to get Android app support, the Acer Chromebook 11 is currently available to buy for only $149.99. Which is a fairly big reason to buy this one over the Lenovo 100s this month.

The Samsung Chromebook 3 is the newest Chromebook from Samsung and is one which is surprisingly very well-priced. Of course, this is a smaller Chromebook as it is one that makes use of an 11.6-inch display. However, the rest of the specs are largely on point with the buyer able to choose from a 2GB or a 4GB RAM variant. Both come equipped with 16GB storage and both versions come powered by an Intel Celeron (N3050) processor. This is also a Chromebook which has gained its support for Android apps. In terms of price, right now is a good time to buy with the 2GB model currently available for only $179. Although, if you want a real bargain, the 4GB RAM model is the buy of the month – as it can currently be picked up for only $149. 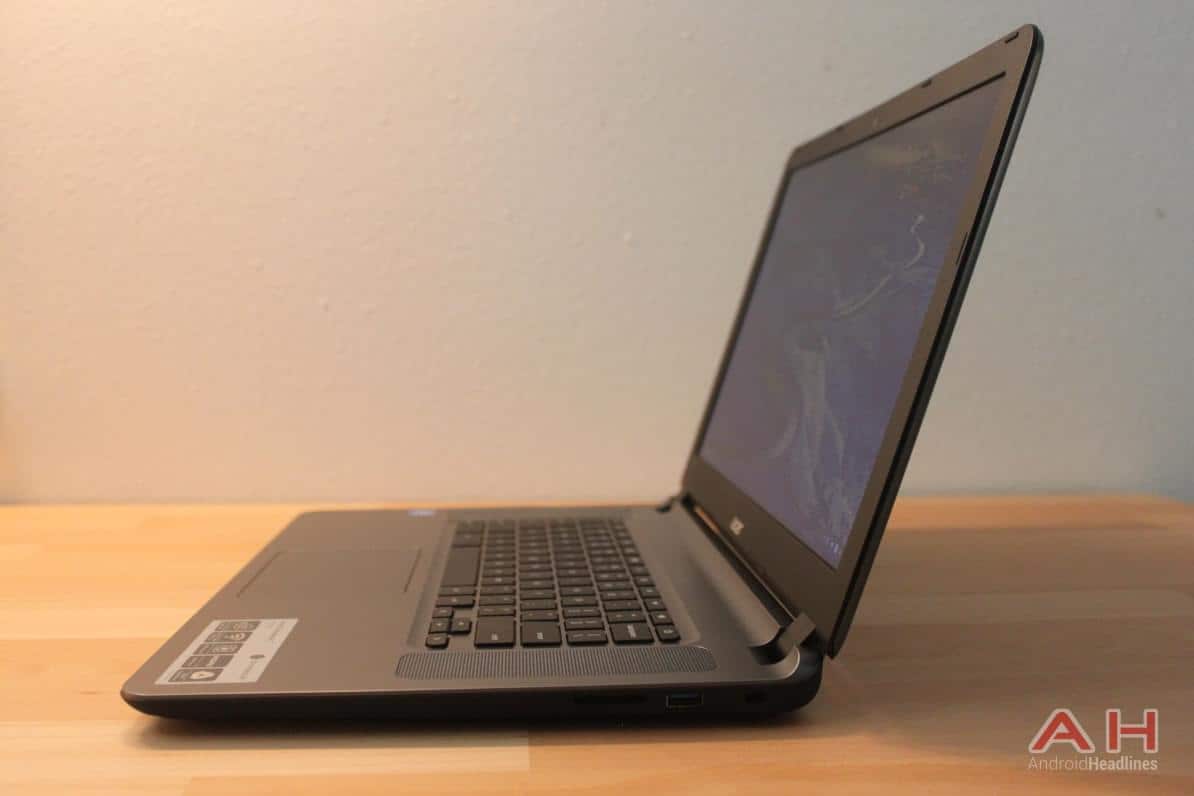 For a long time, the Acer Chromebook 15 was the best value Chromebook due to its size, customization of specs and general level of performance. However, as time has gone on, it has begun to show its age and drop down the list somewhat. However, if you are after a big Chromebook experience, then there are few bigger and better that the Acer Chromebook 15. This is a Chromebook which comes with a super-sized 15.6-inch display. Internal specs are based on the model chosen with different customizations of RAM and storage available. In fact, Acer even recently released an updated version of the Chromebook 15 which is designed to be even more affordable than the older version, while still offering a better level of battery life. So while this is no longer the Chromebook to have, it still remains one which is worth considering. 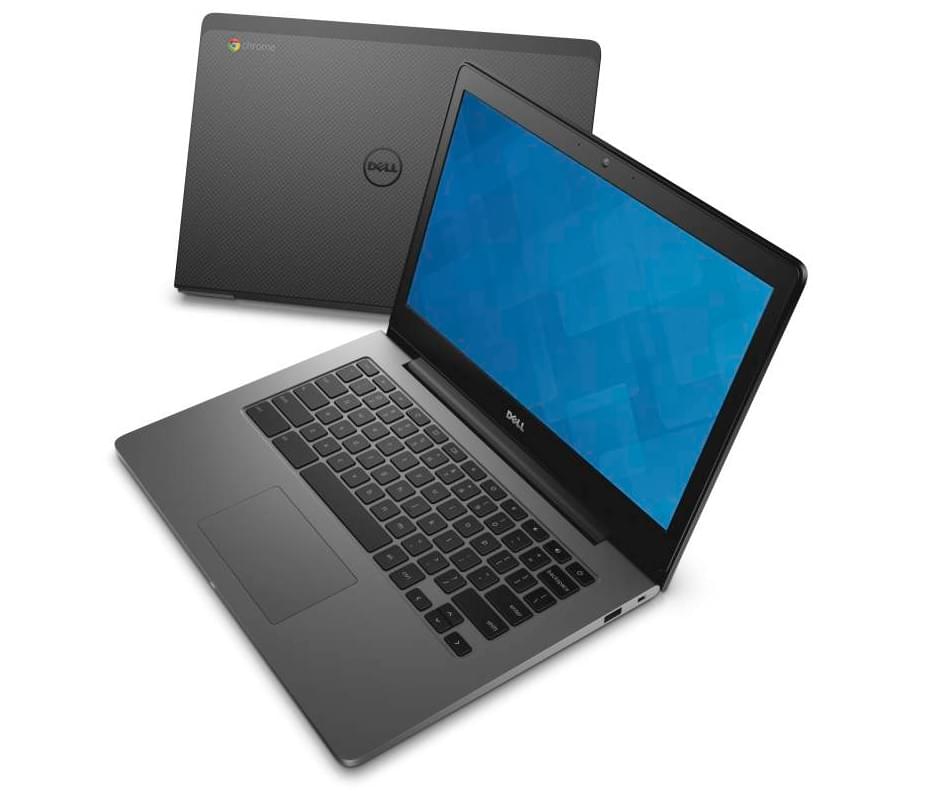 Dell's latest Chromebook, the Chromebook 13 hits many of the right notes and especially for those looking for a more premium Chromebook experience. However, that premium experience does come with a premium price and so this is one of the more expensive Chromebook lines out there. That said, for the build quality on offer and the level of specs you do get, this is a solid and great-performing device. For instance, right now you can pick up the Dell Chromebook 13 with 8GB RAM, 32GB storage and an Intel Core i3 for about $650. While that is a lot compared to the others on this list, that is a model which is significantly more powerful than many of the others on this list. In terms of the display, this one comes in as a middle-sized option thanks to the inclusion of a 13.3-inch display. 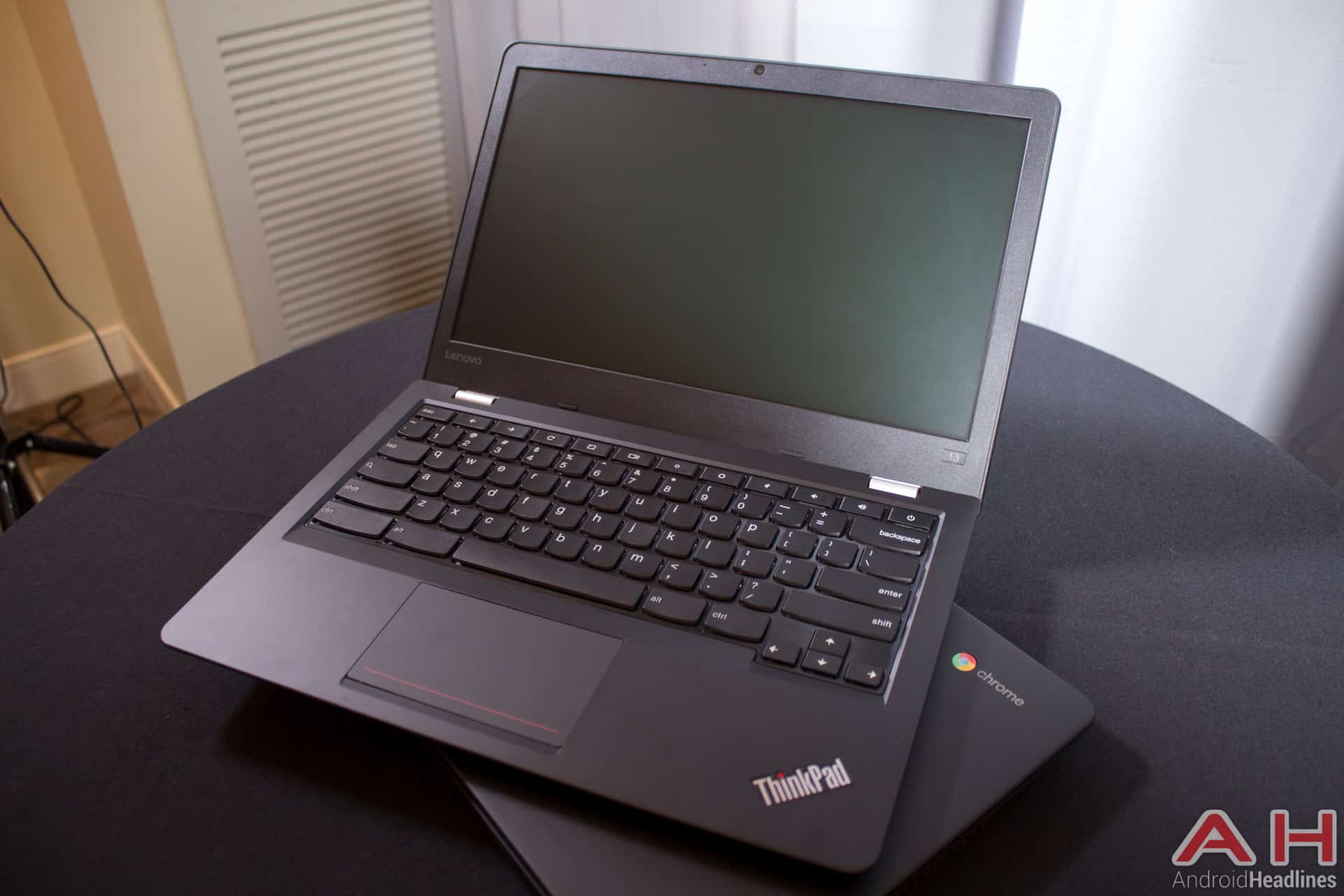 If you are looking for a relatively new Chromebook then the The Lenovo ThinkPad 13 is a solid option and one worth checking out. Not only does this one come with a high ability to customize the specs, but it also comes equipped with a number of modern aspects like USB Type-C ports, for faster data transfer. In addition to a very rugged and durable build quality. In terms of the specs, you can opt for a number of customized options although the 4GB RAM with 16GB storage and a 13.3-inch HD (1366 x 768) option is fairly competitively-priced right now and will currently cost you about $250 to buy.

Acer does make quite a few Chromebooks and they all seem to be ideally suited to different customers. The Chromebook R 13 being a prime example. This is a Chromebook which packs in many of the design points and selling features of the Acer Chromebook 14, but also offers the ability to be used in a variety of different positions. However, it is not the cheapest of Chromebooks and will cost you $399 to buy – which stops it rising any further on this list. That said, as well as its portability and flexibility, this one does come loaded with a 13.3-inch display, 4GB RAM, 32GB storage, is powered by a MediaTek (MT8173C) quad-core processor and already has access to Android apps.

Ever since the Acer Chromebook 14 came to market, this has been our favorite Chromebook as it best sums up all the main advantages of a Chromebook, including good specs and a competitive price. Although, one of the areas where it distances itself from the rest is its excellent design, build quality and premium-looks. Making it an ideal contender for the best Chromebook. Not to mention, a very nicely-sized 14-inch display. In terms of the rest of the specs, this one comes packing 4GB RAM, 32GB storage and an Intel Celeron N3160 processor. This one also supports Android apps and is currently available to buy for about $290. Although, you can pick up the newer gold colored Chromebook 14 from as low as $273.99.

Buy the Acer Chromebook 14
Trusted By Millions
Independent, Expert Android News You Can Trust, Since 2010
Publishing More Android Than Anyone Else
3
Today
96
This Week
42
This Month
1888
This Year
103367
All Time
Advertisement