The holiday season is coming up, and a lot of people will be traveling in the next few weeks for the holidays. Whether you’re the one doing the traveling, or expecting guests for the holidays, these flight tracking apps are going to be pretty useful. Allowing you to track where the flight with your family members is, or even tracking your inbound flight, so you will know whether or not your flight will be late. Here are the best flight tracking apps on the Play Store. 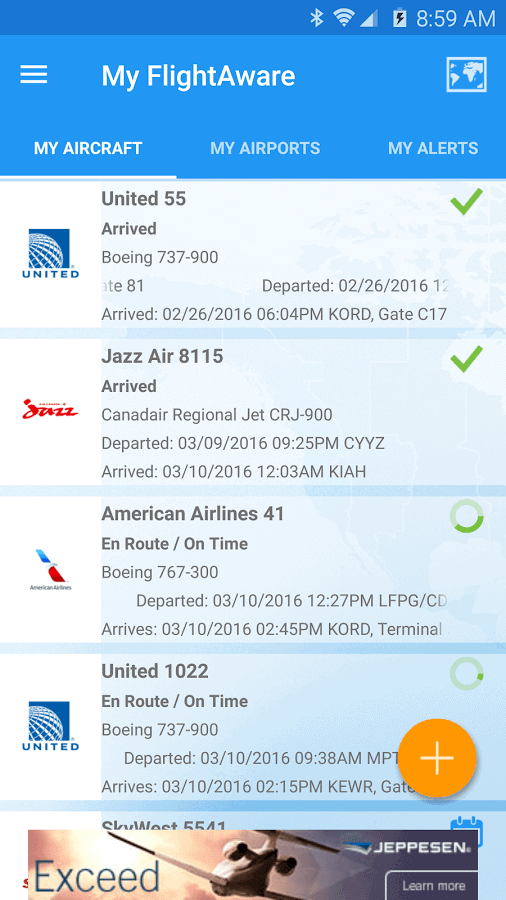 FlightAware is one of the best flight trackers out there. It allows you to see how long before the flight lands, as well as how long it’s been since it took off. Additionally you can see exactly where it is on a map. This map also includes weather, that the plane may encounter. FlightAware also allows you to view and track other flights between those two airports. 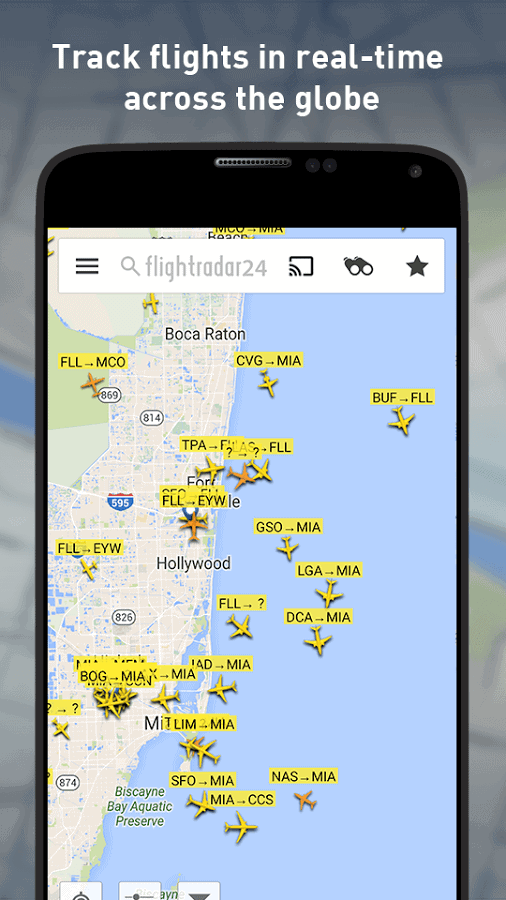 Have you ever seen or heard a flight going over your house and wondered where that plane was headed? Well now you can find out where it’s going. With Flightradar24 you can simply open the app and point your phone at the sky and see what plane it is. It’ll give you all the information you would ever want to know about that flight. Of course, you can also do the usual flight tracking of other flights too. 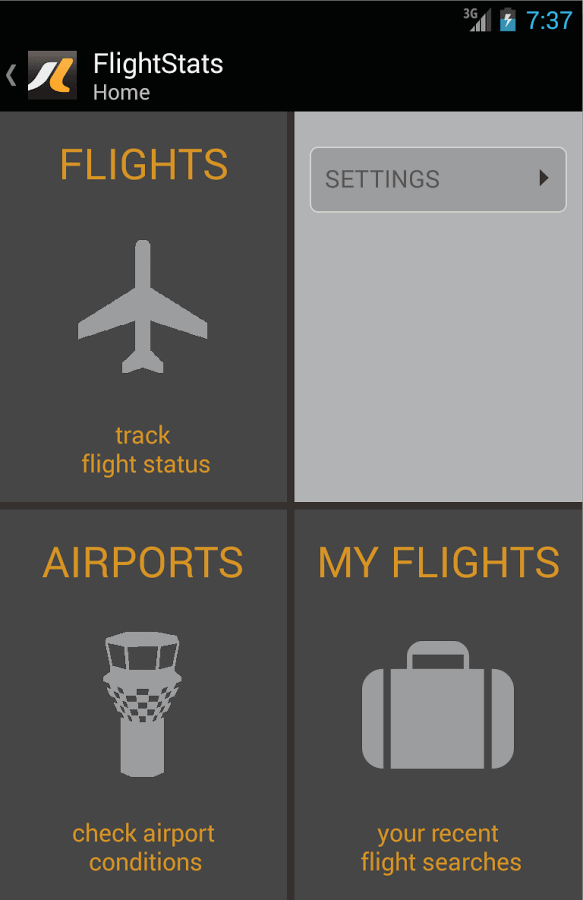 FlightStats allows you to track a flight, but it also allows you to go ahead and view the conditions of airports and see if there are any delays. Usually once a delay happens due to weather, there are will be plenty more coming in. As there’s not enough room for one delayed plane to stay without affecting others. Which makes this feature pretty useful. 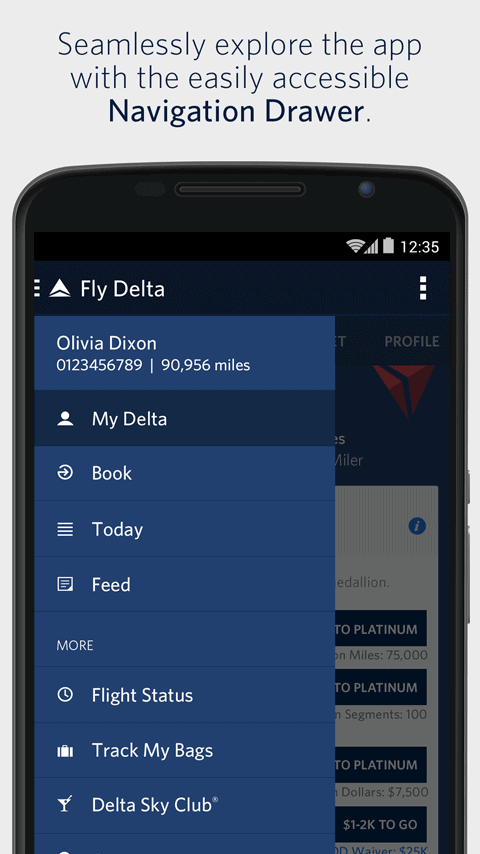 If you or your loved ones are flying on Delta, then the Fly Delta app is a must-have app. Not only does it allow you to track flights, but you can also book flights, view your trips, change your seats and so much more. Like the majority of these apps, the Delta flight tracker also allows you to go ahead and see on a map where exactly that plane is. 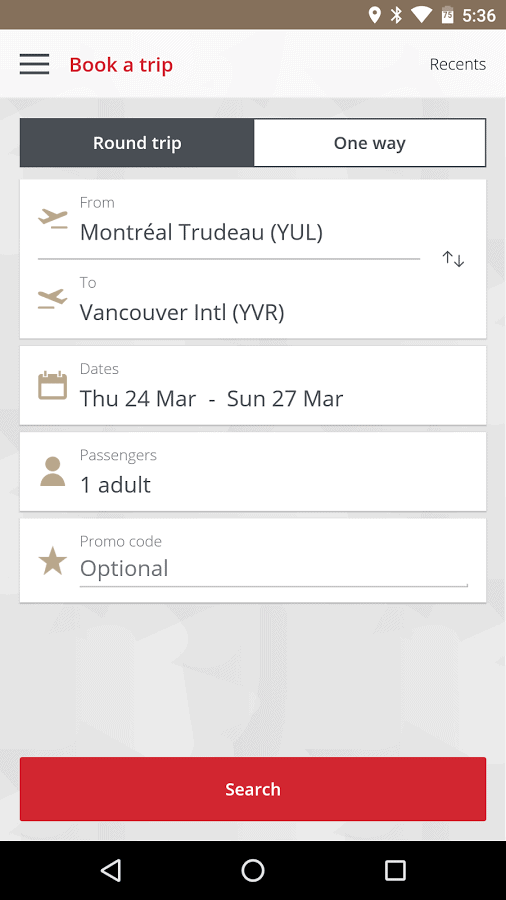 This is the only airline of Canada, these days and it flies all over the world. Air Canada can be a pretty popular airline for flying home for American holidays and the Air Canada app is going to be essential. Like Delta’s app, it also allows you to track flights, even if you don’t know the flight number. 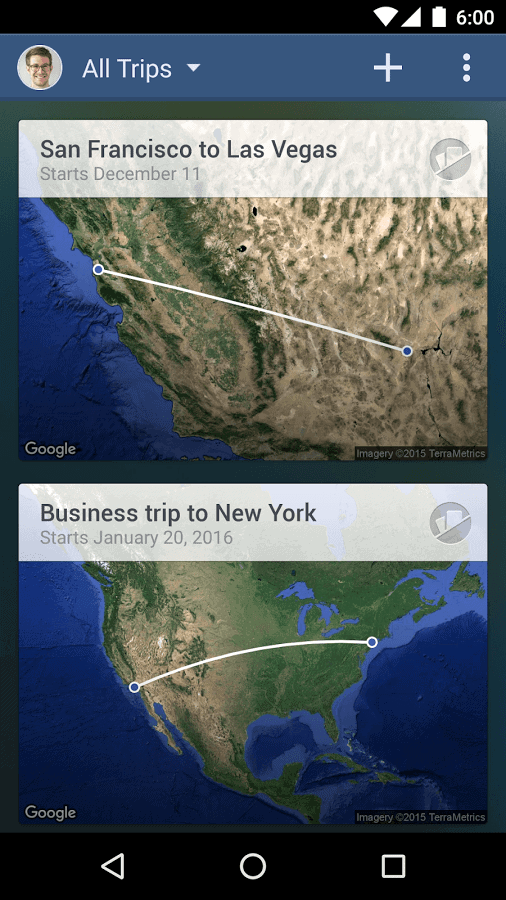 Perhaps not as popular as some of the other apps on this list, FlightTrack 5 does allow you to track just about any flight. This means you can track more than just passenger jets too, these include cargo aircraft that may be flying overhead. FlightTrack 5 is not a free app though, it does cost you $4.99. 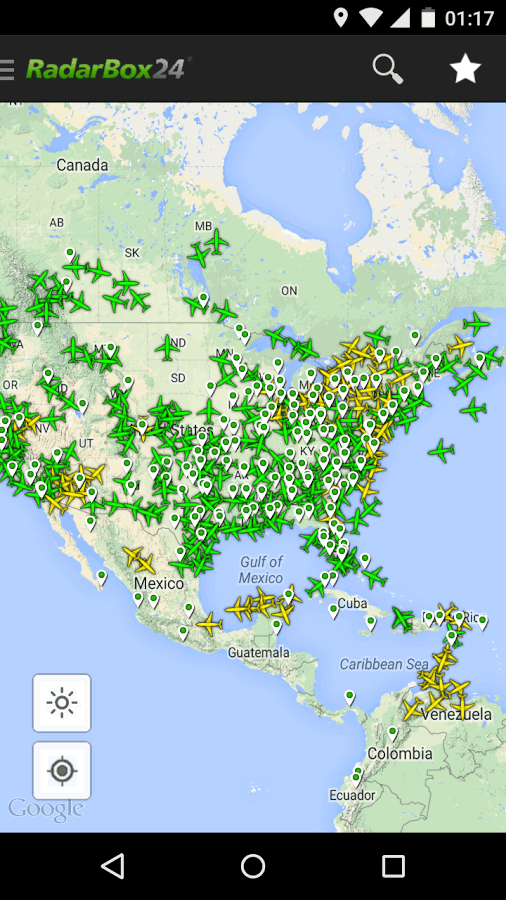 Track every flight in the air, right from your phone. That’s the whole purpose behind RadarBox24. You can find a specific flight to track, or see what’s flying around nearby and see where they are headed, if you’re the curious type. Otherwise, you do have all of the usual features in this app, when it comes to tracking flights. 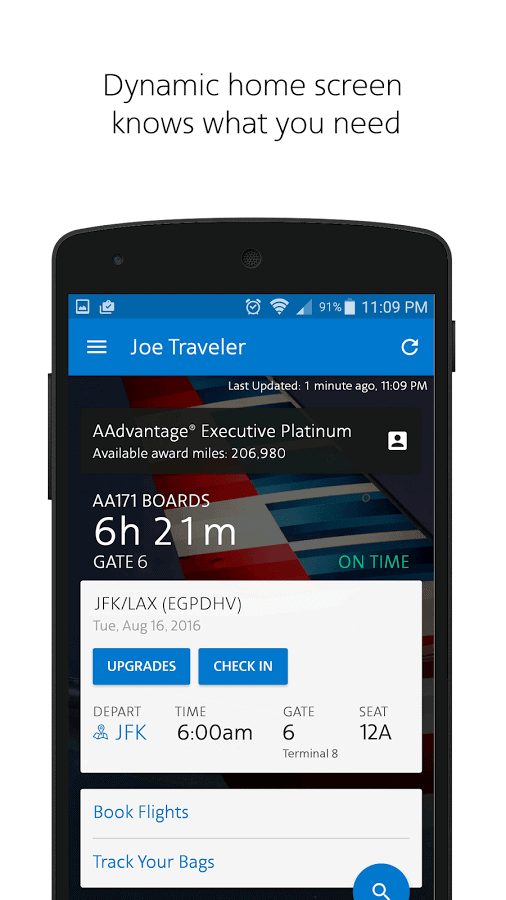 Like Delta and Air Canada, you can also track flights through the American Airlines app. However you can only track their own flights. This makes it easy to figure out if that flight from LAX with your parents on it is going to be on time or if it’s delayed. That way you don’t have to spend loads of time waiting at the airport for them. 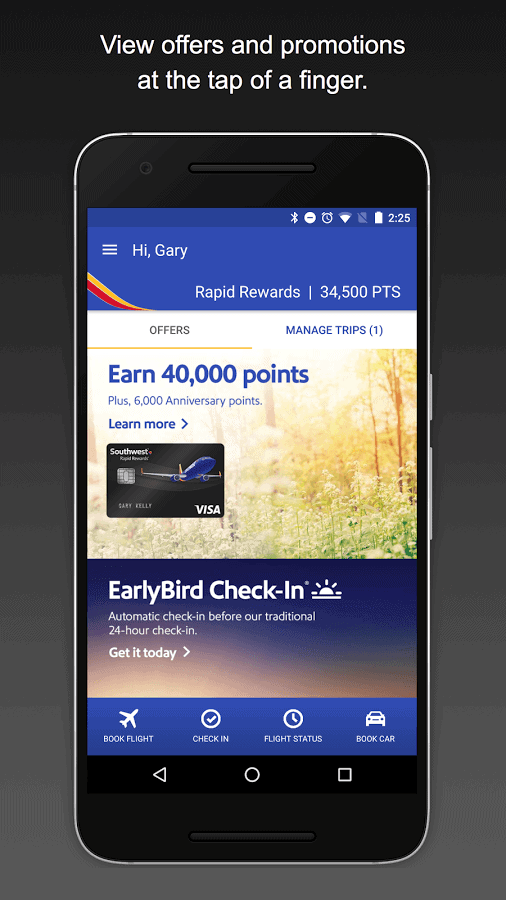 One of the many “budget” airlines here in the US, Southwest Airlines does have a great app, whether you are flying or not. In addition to tracking flights, you can also book a flight, as well as edit your trip, but you can’t change your seats. That is because Southwest does not do assigned seating, it’s basically first come, first served. 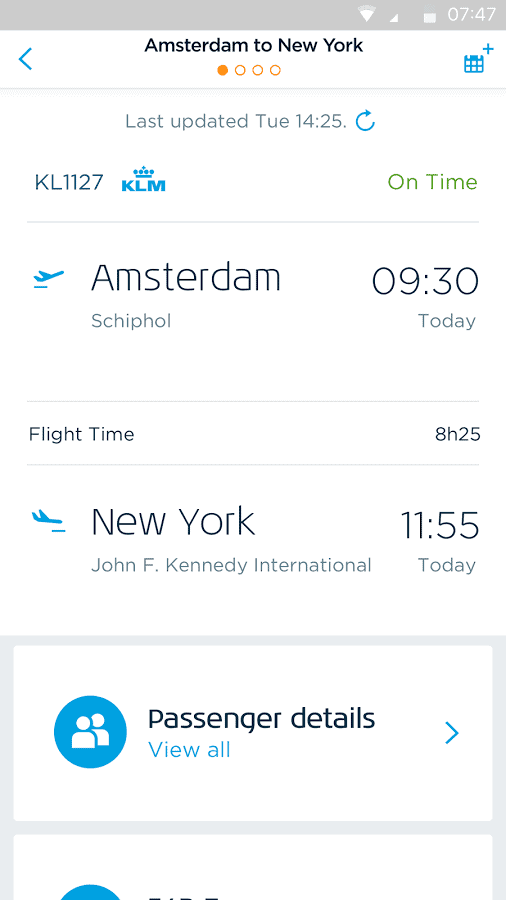 KLM Has a pretty easy-to-use app here. Allowing you to keep up with your trip, but also the ability to track a flight. What’s even cooler is the fact that you can get updates through Facebook Messenger – which the KLM app is not required for that. KLM has a Facebook Messenger bot that can give you the status of a flight and so much more.