Smartphones are devices we carry around with us pretty much everywhere, and we store all kinds of sensitive data on them, so it’s extremely important to keep them safe, as you definitely don’t want someone to get access to your credit card info or anything of the sort. That’s why smartphone manufacturers have started implementing fingerprint scanners, retina scanners… and various other measures to improve security on our smartphones. Well, what about software security? There are tons of malware codes out there which are just waiting to attack our Android devices, and even though Android as an OS is quite safe, people tend to install antivirus programs, just to add that additional layer of security. Well, if you’re one of those people, then you’d probably want to know what’s the best antivirus app you can find for Android these days. Well, we’ll list our top to antivirus apps for Android down below, so take your pick, as they’re all really good. 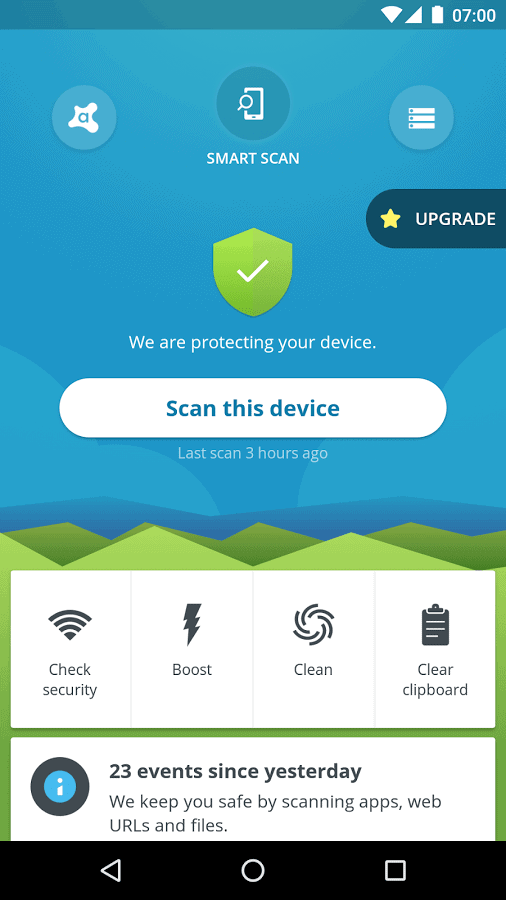 Avast antivirus has been downloaded somewhere in between 100 and 500 million times thus far, and needless to say, it’s one of the most popular antivirus apps for Android. This app comes with an antivirus engine which scans your phone for various malware apps, app permissions are included in this app, and you can also block calls using this application. Avast also comes with the ‘Web Shield’ feature which scans and blocks malware-infected links, trojans, adware and spyware. 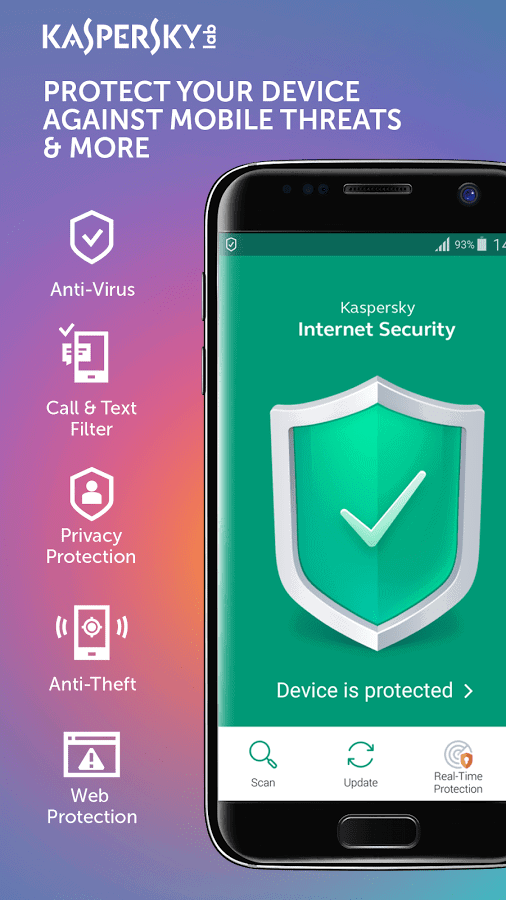 Kaspersky is, much like Avast, a very popular antivirus app, and it’s also quite popular on desktop PCs as well. This app is free to use and it comes with antivirus protection, of course, which scans your device for viruses, malware, spyware and trojans, while it also keeps your data safe. Kaspersky can block unwanted calls and SMS, while it also serves as a signal so that you can find your device if you lose it. 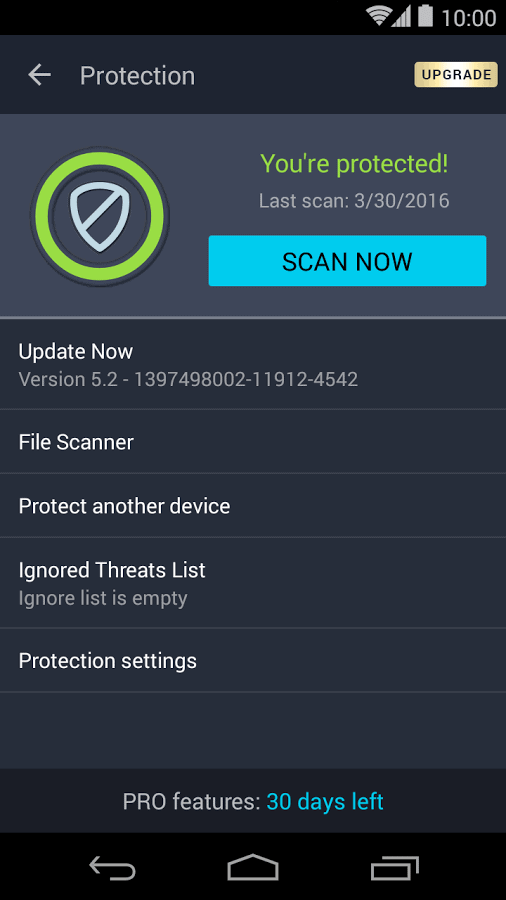 AVG Antivirus has also been downloaded over 100 million times thus far, and next to being popular on Android, it’s popular on desktop PCs as well. This app scans applications, games and files in order to keep your device safe, while it also pays attention to websites you open. It has a built-in performance monitor, and anti-theft system as well. Some of the features included in this app are not free, but the app in general is. 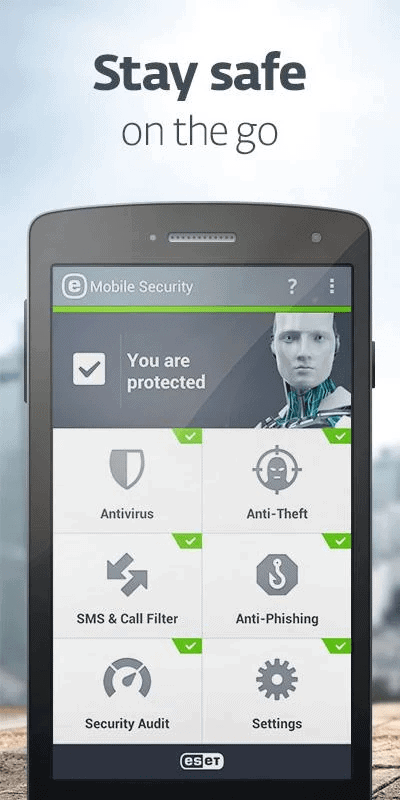 ESET is yet another antivirus and mobile security solution available for Android. This application offers a really nice design, and quite a few features, even in the free variant of it. The app will automatically scan your downloaded applications and files, quarantine threats, while you also get anti-theft protection which can be triggered via SMS, at least in the free variant, paid model offers far more options. There are a number of additional features available here, though you’ll need to pay for those. 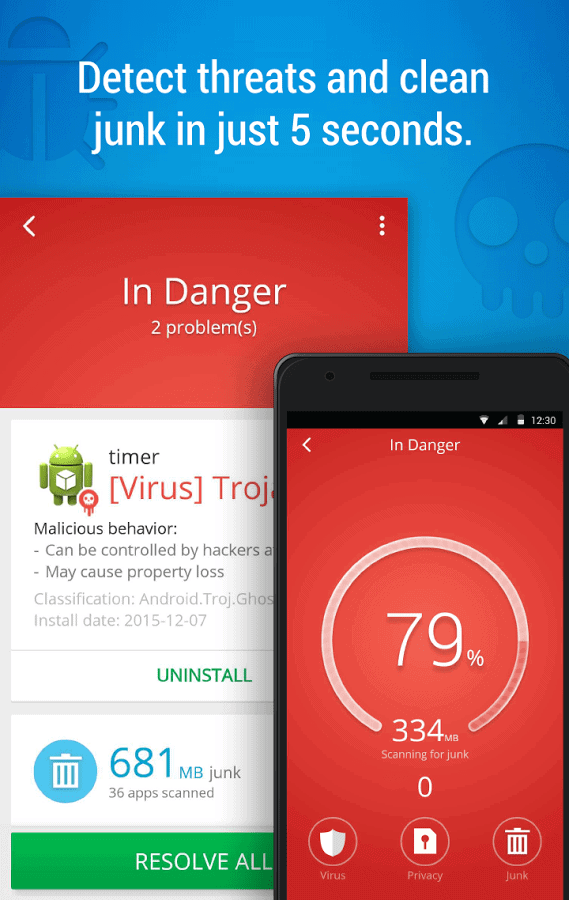 This application is both an app lock and antivirus app all-in-one. It supports app locking using the device’s fingerprint scanner, and it has a built-in antivirus engine. This app offers multilayer protection, as the company calls it, as it fixes system vulnerabilities and scans new apps, system files and websites. You do get all sorts of additional features as part of this package, including scheduled scans, anti-theft protection, etc. 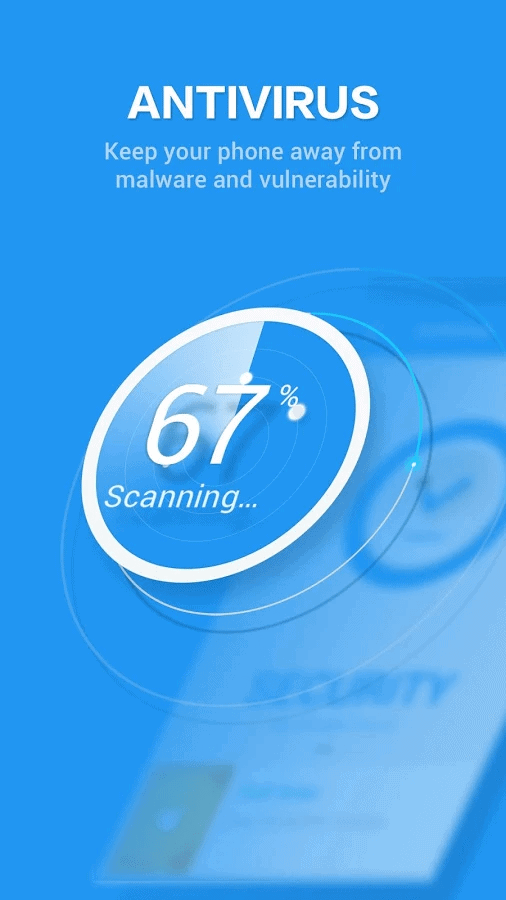 360 Security has over 200 million users at the moment, and after over 15 million ratings in the Google Play Store, it holds a 4.6-star rating. This app comes with a clean UI, and a number of options, including a full antivirus suite, junk file cleaner, memory boost, power saver, anti-theft, etc. The app offers real time protection of your device, as it will can it against viruses, malware, system vulnerabilities, etc. 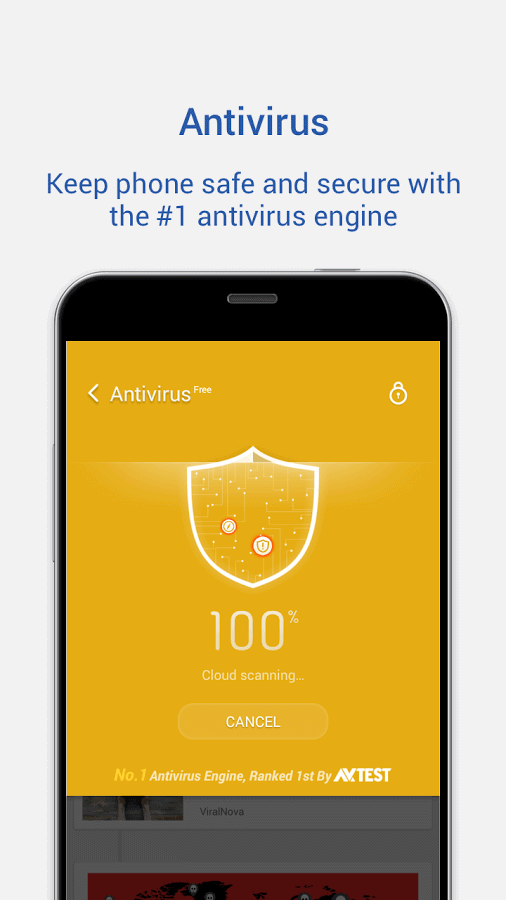 Clean Master is probably better known as a smartphone maintenance app, than an antivirus app, but this application does have an antivirus engine. Clean Master has been downloaded over 500 million times in the Google Play Store, the developer claims that it has been installed over 740 million times thus far. Aside from the antivirus engine, you do get the app lock function, a battery saver function, app manager, memory boost, junk file cleaner, etc. 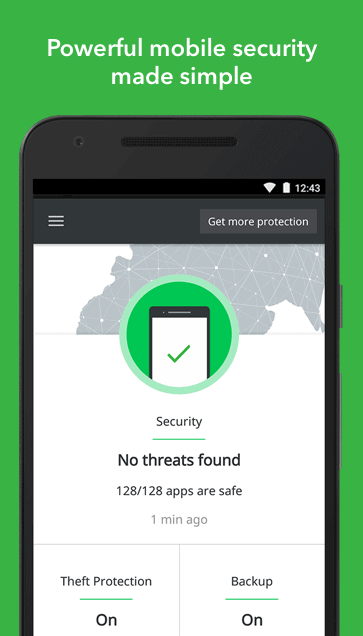 Lookout is one of the better-looking apps on this list. This application serves primarily as an antivirus and security applications, but it also has some additional options, as it can find your phone if you lose it, and it also backs up your contacts. This app is free, and you do get a two-week free trial of its premium features, just so that you can decide whether to purchase the premium version or not. 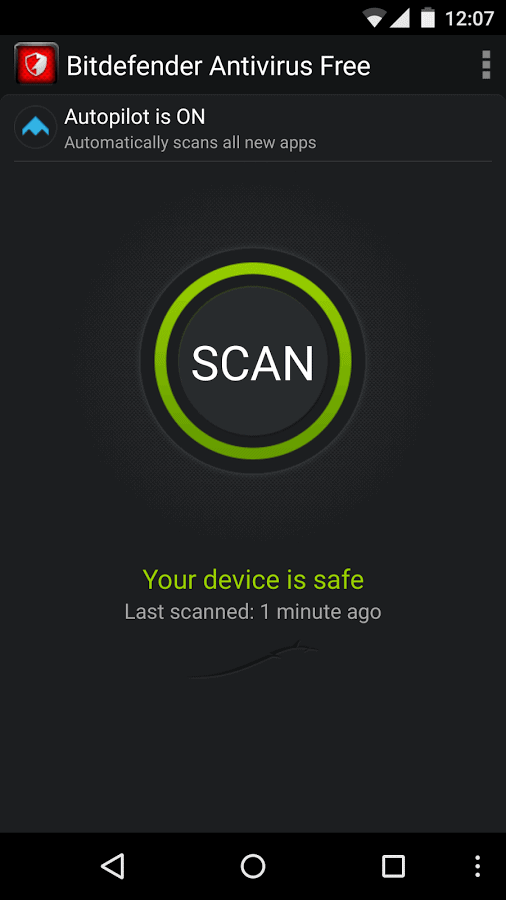 Bitdefender is one of the lighter apps on this list, while it is mostly focused on keeping your smartphone safe, it does not pack a ton of non-security features like some other apps do. Bitdefender automatically clans new apps you download, and same goes for files you download as well. This application is very easy to use, and it is free for the first 14 days, then you’ll have to pay if you want to continue using it. 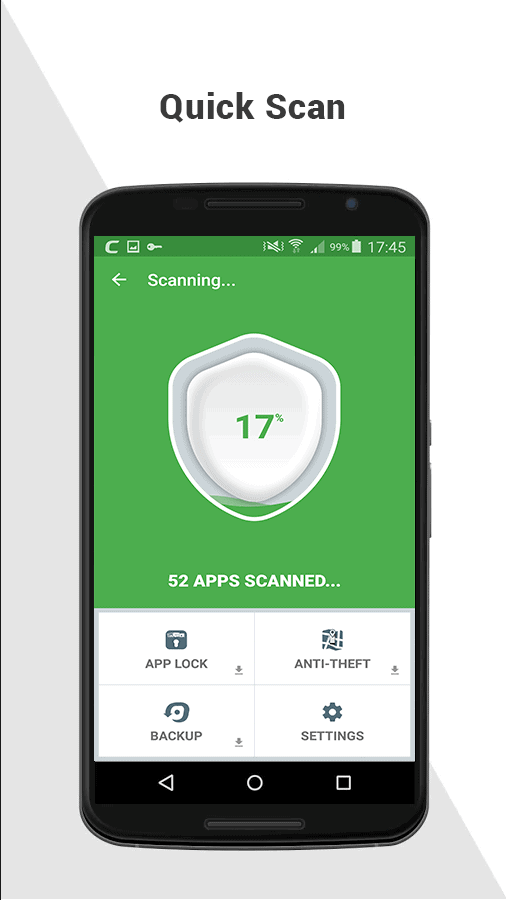 This is probably the least popular app on this list, but it’s really, really good though, even though not many people heard about it. Comodo packs in tons of features, including real time protection, cloud scan, SD scan, scheduled scan, secure Wi-Fi, secure browsing, etc. You can remotely control your device through this app, and app lock is also included here. Comodo also looks really nice in terms of UI design, it’s definitely eye-pleasing.