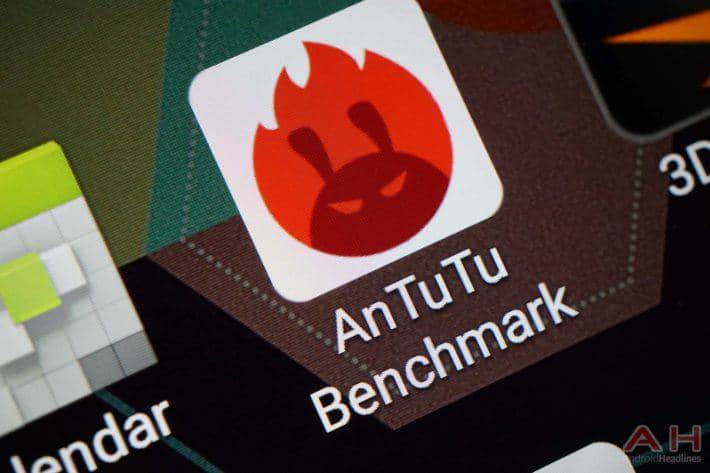 AnTuTu is a benchmarking website most of you have probably heard about thus far. This website tests how powerful smartphone hardware is, and we often find out news about upcoming smartphones because of AnTuTu. This website tends to release their top 10 smartphone lists from time to time, usually at the end of each quarter, and this time is no different, AnTuTu has released their top 10 most popular smartphones list for the third quarter of 2016, so read on if you’re interested.

Do keep in mind that this is a list of top 10 popular smartphones for a period from July 1st to September 30th. Now, if you take a look at the first image in the gallery down below, you’ll get to see a list of top 10 popular smartphones on a global scale. The Samsung Galaxy Note 5 is actually first on this list, while it is followed by its siblings, the Galaxy S7 and Galaxy S6 Edge. The Xiaomi Redmi Note 3 took the fourth place, while the Samsung Galaxy S7 Edge is fifth-placed on this list, which means that there are four of Samsung’s devices in the top 5 smartphones, which is quite impressive. Now, the LG G3, Huawei Mate 8, ASUS ZenFone 2, LeEco 2 and the Meizu M3 Note close down this list.

The second image in the gallery shares a list of top 10 most popular smartphones in China for the same period of time, and things are considerably different here, as there is only one Samsung smartphone placed in the top 5 smartphones. The Xiaomi Redmi Note 3 is first placed here, and it is followed by the likes of the Samsung Galaxy S7 and Vivo X7. The OPPO R9 is in the fourth place, and the Huawei P9 is in fifth place. The Meizu M3 Note managed to claim 6th place, while the Samsung Galaxy S7 Edge follows in 7th place. The Huawei Honor 8, Xiaomi Mi 5 and the LeEco 2 close down this list.

The third chart in the gallery shows off top 10 smartphones in America, a market where Samsung’s Galaxy and Google’s Nexus devices dominate. The Google Nexus 6P is first on this list, while it is followed by the Galaxy Note 5 and Galaxy Note 4. The fourth place is claimed by the Google Nexus 6, and the Moto X Style is fifth-placed. The Moto G, Google Nexus 5X, OnePlus, Samsung Galaxy S6 and the Galaxy S7 Edge are also listed here. You’ll find some additional charts in the gallery down below, for some additional countries, just in case you’re interested in checking those out. 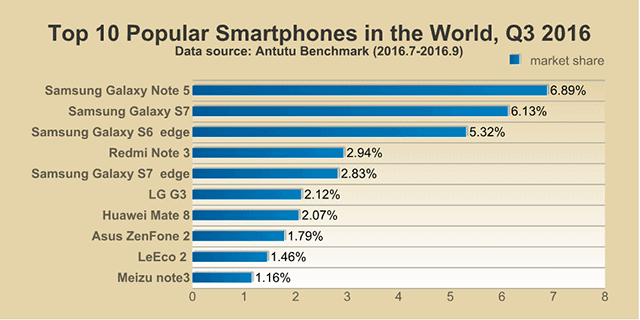 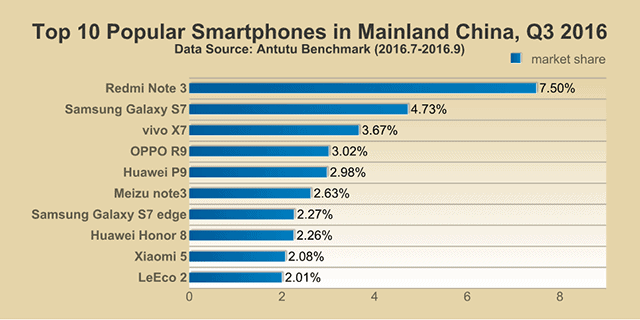 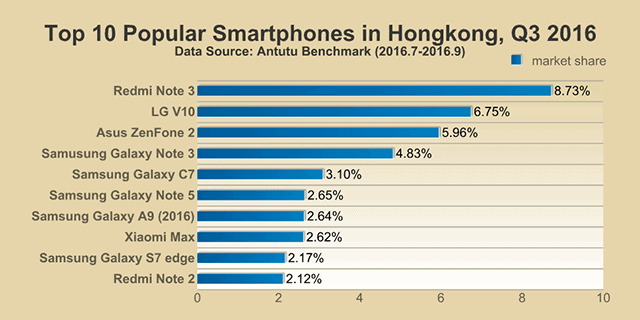 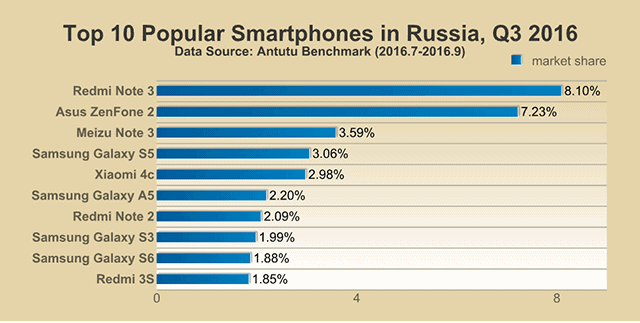 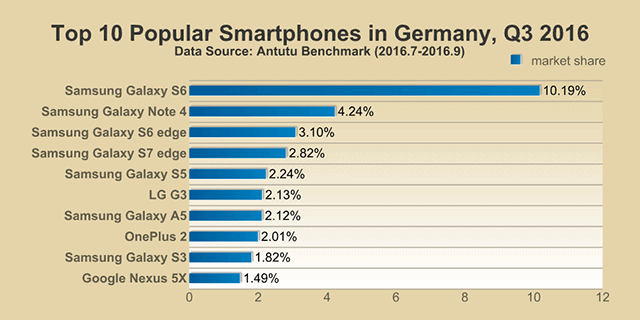 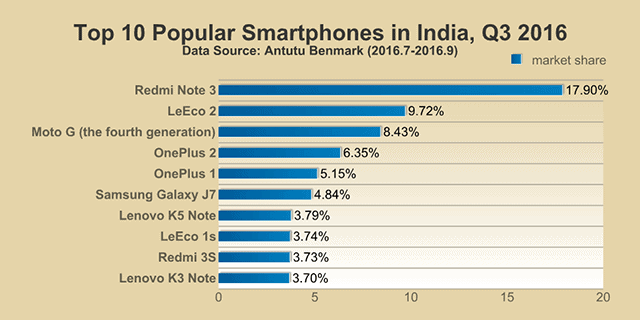