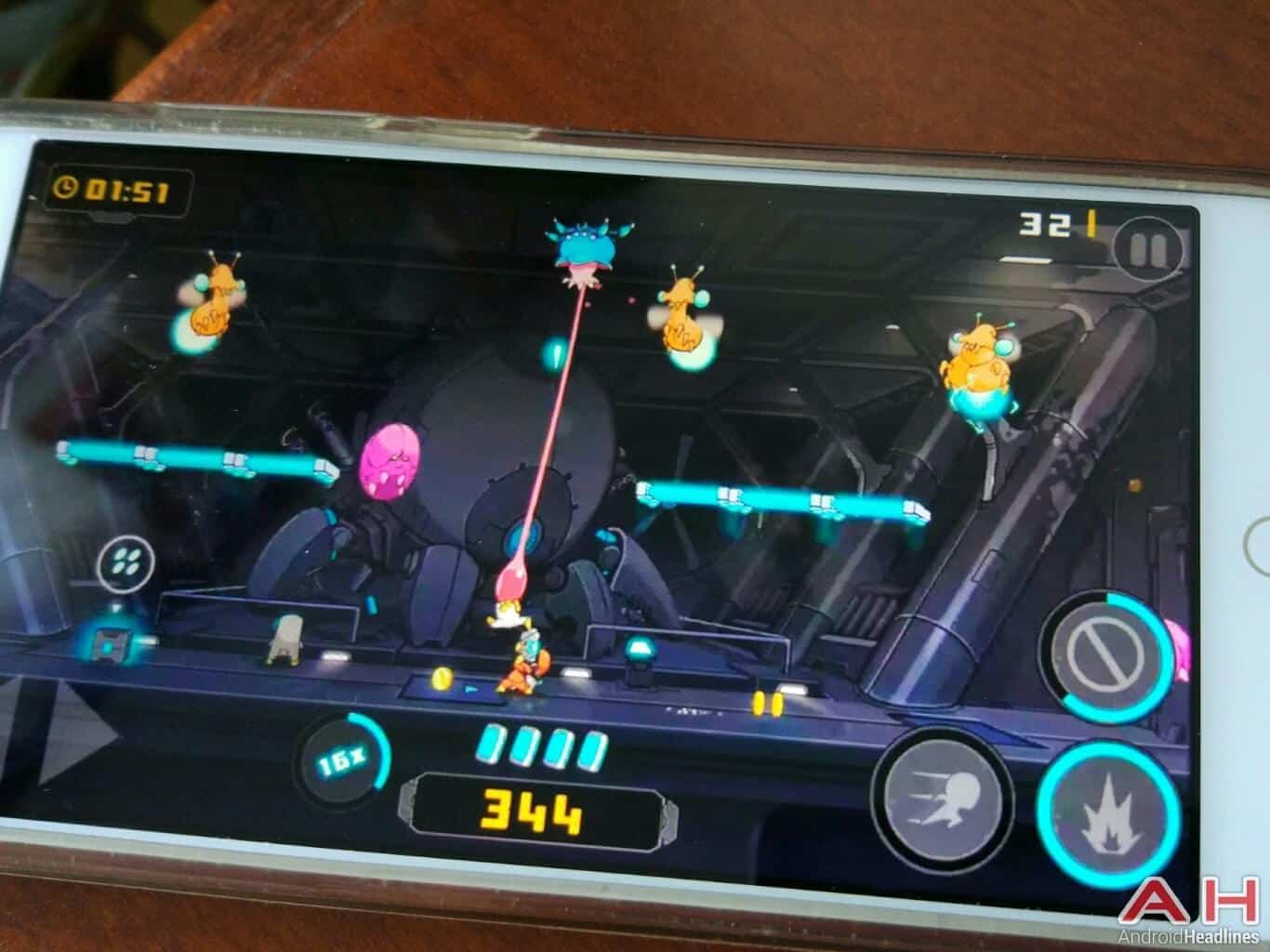 Those of you who are into Android gaming have probably heard of a game developing company called Noodlecake Studios Inc. This company had released quite a few games for Android thus far, some of which are extremely popular, like Mmm Fingers, Alto's Adventure, Happy Jump, Super Stickman Golf Series, Punch Quest, Pull My Tongue, etc. The company currently has a number of hit titles in the Google Play Store, and they had, recently, introduced yet another really interesting game, The Bug Butcher, and we're here to talk about it.

The Bug Butcher is an arcade title that will remind you of older arcade games that you might have played on older consoles and PCs. Now, the graphics in this game are really nice looking and cute, though the game is a bit more demanding than you might think. The developer does not recommend you to install this game if you own a smartphone which has less than 2GB of RAM due to intense graphical and performance requirements. This is kind of understandable considering things can get crazy on the screen as many pixels will be moving on your display from time to time. In any case, this is a 2D action shooter which contains a certain dose of humor. Your goal here is to save a helpless scientist from all sorts of bugs that will be attacking him throughout the game, as you're taking the role of Harry, an exterminator.

This game is actually really easy to play, as you will be using all sorts of weapons to get rid of various bugs that will be attacking you, but it is hard to master, as levels are getting more difficult as you progress. You will be shooting in the air all the time basically, so you need to move to the sides at the right time in order to avoid getting killed by the aforementioned bugs. The whole game is taking place on an imaginary planet called Zoit, which is infested with bugs. Throughout the game, you'll be getting various new weapons which will make things more interesting, as you might expect. We've included a promo video and a number of images down below for you to check out before you try out this game, which is not free by the way, you'll need to part ways with $4.99 if you'd like to play The Bug Butcher.