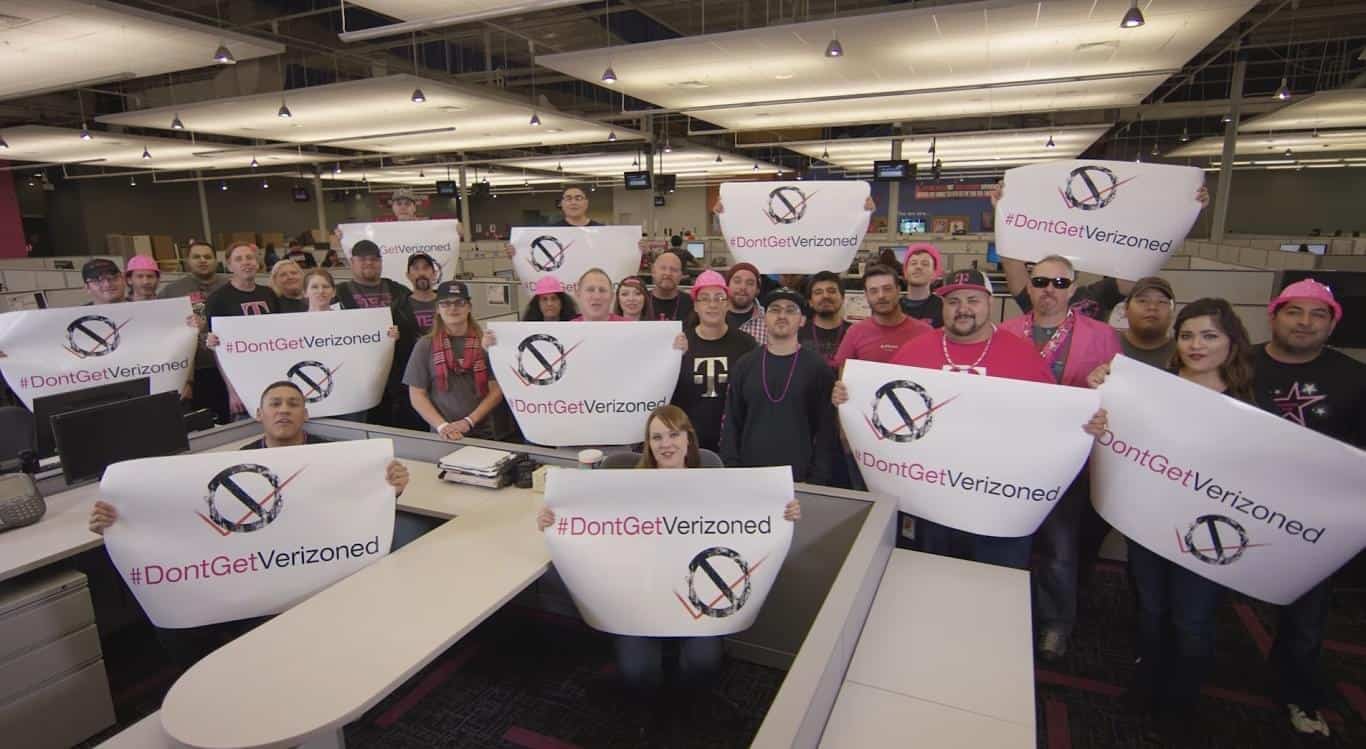 It's not uncommon to see the four largest wireless carriers in the United States targeting each other in their advertising. Verizon, AT&T, T-Mobile, and Sprint regularly air ads highlighting competitors' weaknesses, and we've seen numerous example of such practices this year alone. However, T-Mobile just adopted a slightly different approach and decided to directly address some of the claims recently made by Verizon, including ones made about T-Mobile. In a 4-minute YouTube video published earlier today, T-Mobile's CEO, John Legere, states that he's proud the largest wireless carrier in the country is spending money on airing primetime ads which attack T-Mobile. Legere labels these ads as a "fantastic" accomplishment for his company, explaining that they're proof Verizon is upset that T-Mobile is stealing their customers, due to offering a better service for less money.

With that said, T-Mobile's CEO continues his monolog by asserting that he wants to set the record straight regarding some "lies" Verizon allegedly conveyed in their advertising. For starters, Legere claims that the network advantage Verizon built its entire brand on has now disappeared as T-Mobile is already offering LTE coverage in more than 99% of the areas that Verizon does, adding that T-Mobile continues to boast the fastest average speeds in the country. Legere goes on to speculate about the largest US carrier being nervous after its Q3 2016 financials revealed that 36,000 of postpaid customers have moved on to other providers and then follows up on that train of thought with some harsher worded statements regarding Verizon lying to consumers by stating that T-Mobile doesn't offer unlimited high-speed service, labeling the Big Red as the "king of overcharges".

Legere spends the next two minutes of the video addressing a lot of other statements which he deems to be untruthful on Verizon's part. Some of them include the company's claim it has the only "next-gen" wireless technology in the US, the announcement of the Google Pixel being available 'only on Verizon', and the statement that T-Mobile never won any awards. Finally, Legere concludes his monolog by stating that Verizon isn't just afraid of T-Mobile, but the future as a whole, noting how that isn't surprising for "an old telecom giant". The video ends with Legere looking to start an new hashtag trend — #DontGetVerizoned — adding that "friends don't let friends get 'verizoned.'" Those interested, can check out Legere's latest video below.