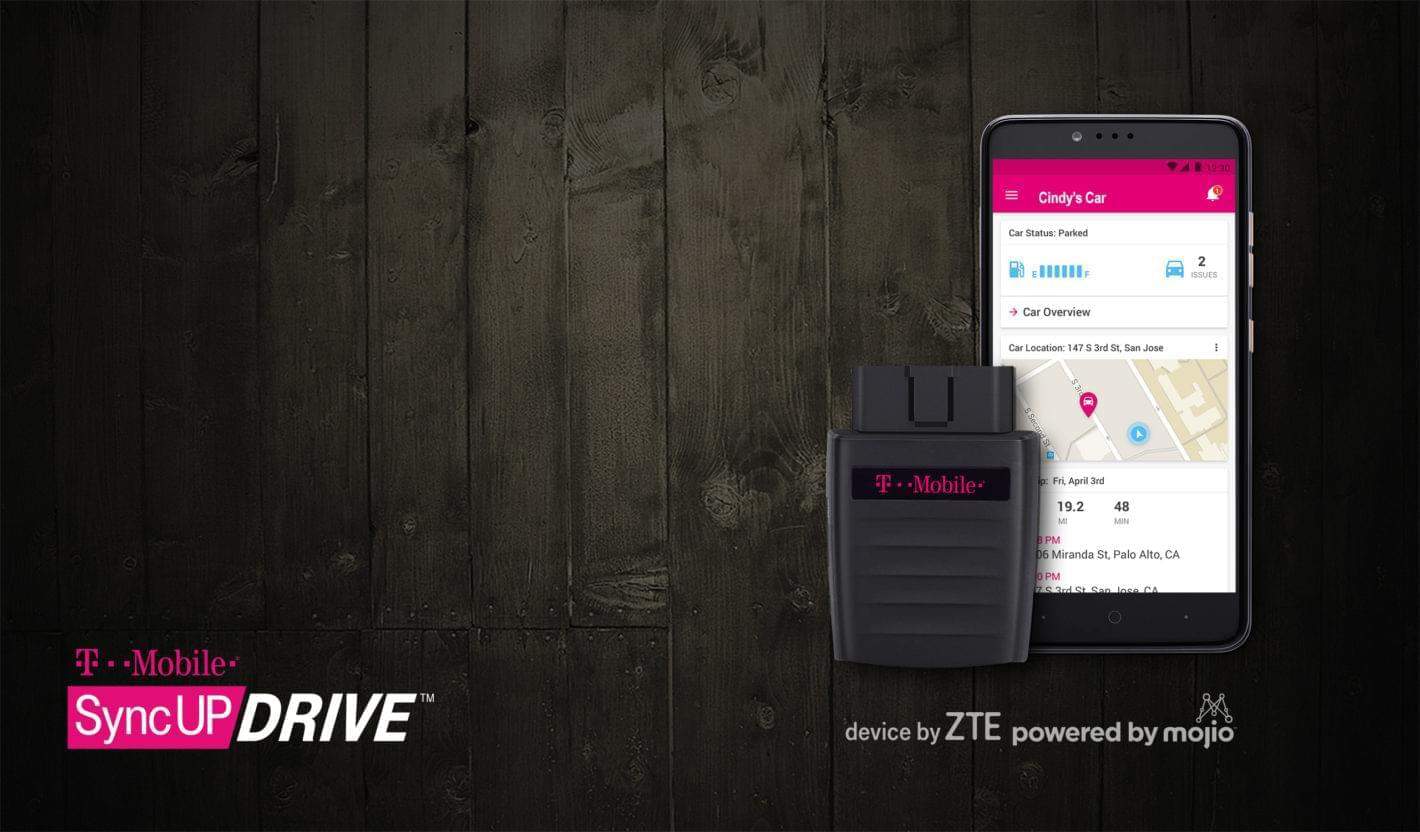 Where the smartphone market seems to be pretty saturated at this point and many customers are not upgrading as frequently as carriers would like, carriers are having to look elsewhere to bring in cash. Many have been turning to the automobile market, and T-Mobile is the latest carrier to do just that with the SyncUP DRIVE which was announced today's. T-Mobile says that this ODB-II dongle is exclusive to them and it does two things. One, it gives you plenty of vehicle diagnostics, safety and security features, since it is plugged into the ODB-II port (essentially plugged into the computer in your car). The other is that it makes your car a WiFi hotspot without having to buy a new car. As this will work with any car with an ODB-II port – basically any car that was sold after 1996.

T-Mobile will be selling the SyncUP DRIVE for just $149.99. However you can get it for free if you sign up for a 24-month finance agreement with 2GB or higher mobile Internet plan. It will be available beginning November 18th. T-Mobile's CEO, John Legere said that "with T-Mobile SyncUP DRIVE, you have a new way to ride on America's fastest nationwide 4G LTE network". He also added that T-Mobile is making it "radically simple for customers to connect their cars with a complete, all-in-one package." Also touting the fact that it will be completely free at launch, as long as you sign up for a data plan of 2GB or higher.

With T-Mobile having drastically increased their 4G LTE footprint in the past few years, it makes the SyncUP DRIVE dongle a much better investment than a few years ago. Allowing you to have 4G LTE connectivity wherever you are headed, without having to set your own smartphone up as a mobile hotspot for everyone in the car to use. Now keep in mind that SyncUP DRIVE isn't just about being a mobile hotspot, as you can also locate your car with this dongle. Making it easier to find your car when you've parked somewhere like at the mall or a sports arena. Additionally, you can get diagnostic information and let your mechanic know exactly what is wrong with your car instead of having to wait for the mechanic to find it themselves.

Advertisement
Buy the T-Mobile SyncUP Drive
Advertisement
Trusted By Millions
Independent, Expert Android News You Can Trust, Since 2010
Publishing More Android Than Anyone Else
5
Today
73
This Week
181
This Month
4166
This Year
105643
All Time
Advertisement