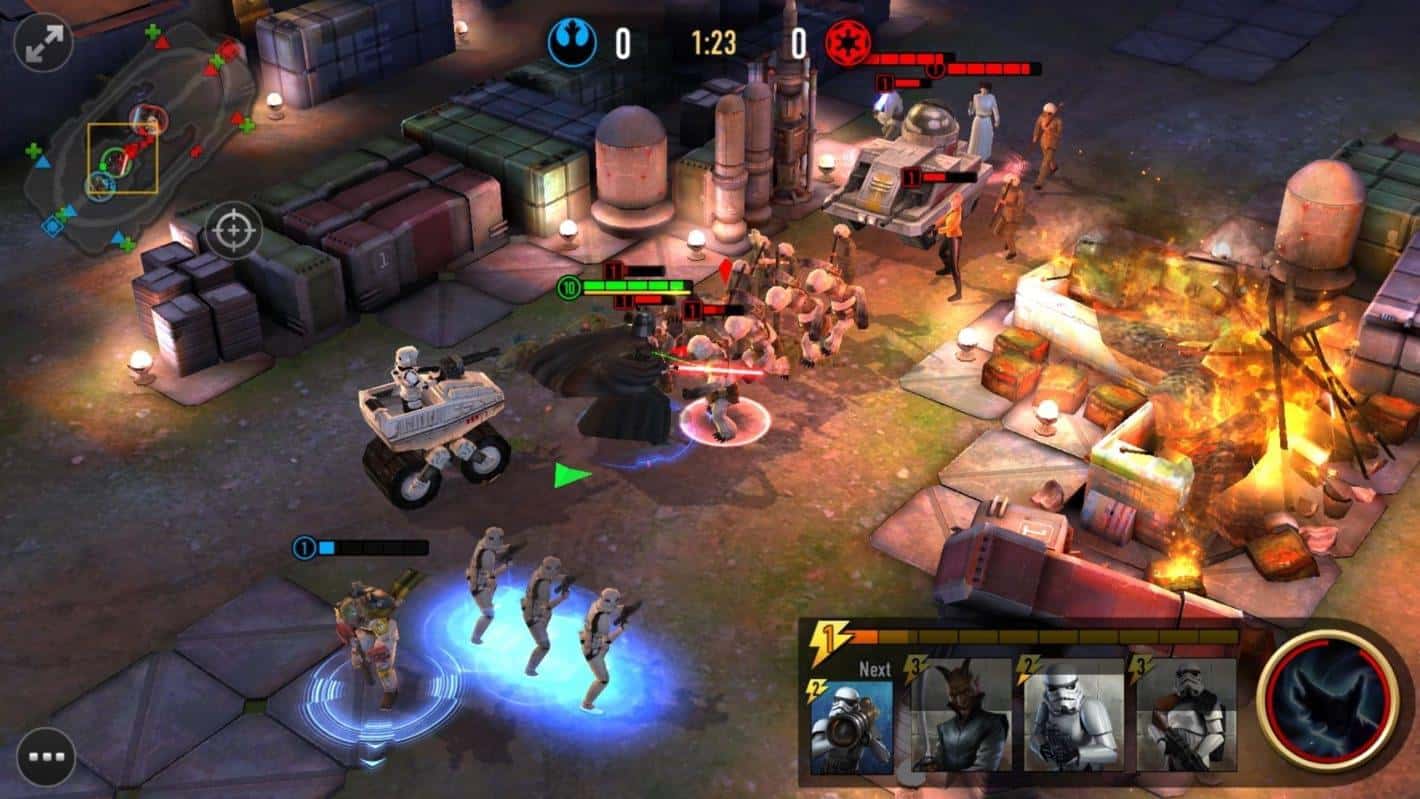 Netmarble Games, the creators of the popular Android FPS Final Shot, along with the famous production company, Lucasfilm, have today announced a new Star Wars mobile game for Android. Titled Star Wars: Force Arena, this creation is described as a battle arena featuring real-time player-versus-player action for up to four players. In other words, this is a lightweight multiplayer online battle arena (MOBA), not unlike League of Legends, DotA 2, or Heroes of the Storm.

Being set in such a lore-rich universe, it's not surprising that Star Wars: Force Arena will boast over 65 iconic character and vehicles from the beloved sci-fi franchise. Among other characters, expect to take control of Luke Skywalker, Darth Vader, Princess Leia, and Ezra Bridger as you attempt to challenge for the title of the best fighter in the galaxy. That's right, Star Wars: Force Arena will let you choose from playable heroes fighting on both sides of one of the most popular fictional conflicts ever created, that between the Empire and the Rebellion.

Even though it will only support 1v1 and 2v2 player battles, the game won't be lacking on-screen action as each player will get to command an entire team of units. However, this will still be a traditional MOBA game, just with some better-refined mob mechanics. In fact, forming squads will be an important tactical element of gameplay seeing how different teams will have varied win conditions and weaknesses. In other words, think Star Wars: Galaxy of Heroes, but with real-time action.

The comparisons with EA's 2015 Star Wars-themed RPG don't end there as Star Wars: Force Arena will also feature RPG elements. More specifically, you'll be able to collect and upgrade your heroes with the goal of eventually creating the ultimate battle squad capable of taking on any opponent. Seeing how this is primarily a multiplayer game, it's not surprising that developers are working on an elaborate ladder and rewards system with events, limited edition items, and everything else you'd expect from any competitive online game worth its salt.

At the moment, there are still no firm details on when Star Wars: Force Arena will be released, but Netmarble Games has stated that the game will be hitting the Google Play Store "soon." In case you're a huge Star Wars fan or are planning to try out this title regardless, you can pre-register for playing the game on starwarsforcearena.com. Once you do that, you'll be eligible to receive bonus in-game currency and unique items which will allow you to strengthen your characters from the get-go.