Plantera is an Android game that puts players in control of their own slice of paradise as they start their dream garden from the ground up, with 16-bit graphics and cute Helpers to keep you company. The game asks users to keep watch over their ever-evolving garden, and tasks them with choosing different crops, from low-level vegetables, to small bushes all the way up to giant fruit trees. Gameplay sees players tapping fruit and veg to collect coins, as well as scaring away birds that steal fruit and foxes that try to eat your chickens. Over time, players will end up with a garden that is bigger and busier than they thought possible, all of which happens a lot quicker than some might initially think.

If you like the sound of Plantera, it can be downloaded from the Play Store. It’s a free game to download and play, but there are in-app purchases or ads to further the gameplay, but I have yet to need to use either, so far. With that said, let’s take a closer look. 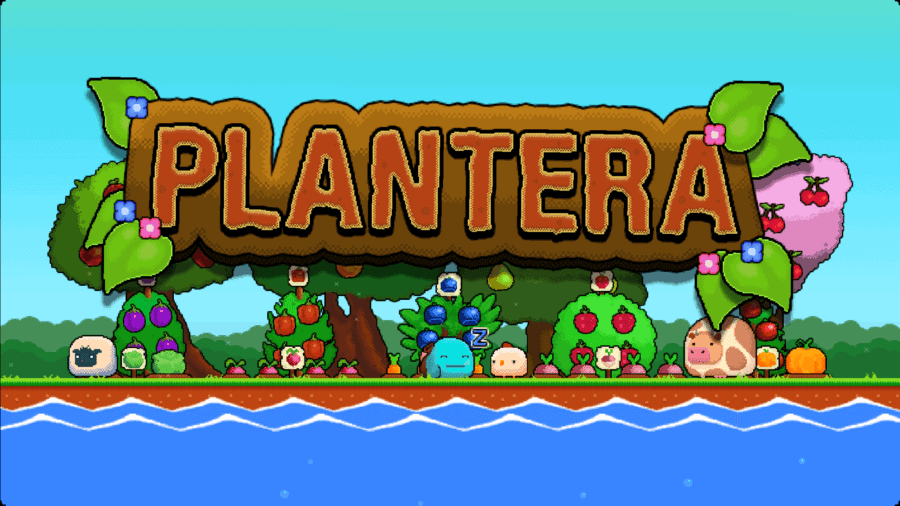 As we can see from the start, there’s some great graphic work on offer here, and the game looks really good-looking, with a sort of modern take on 16-bit graphics and some very, very cute characters. When players first start out, they won’t have anything at all in their garden, but will be able to choose their first crop from their first offering of small vegetable crops. 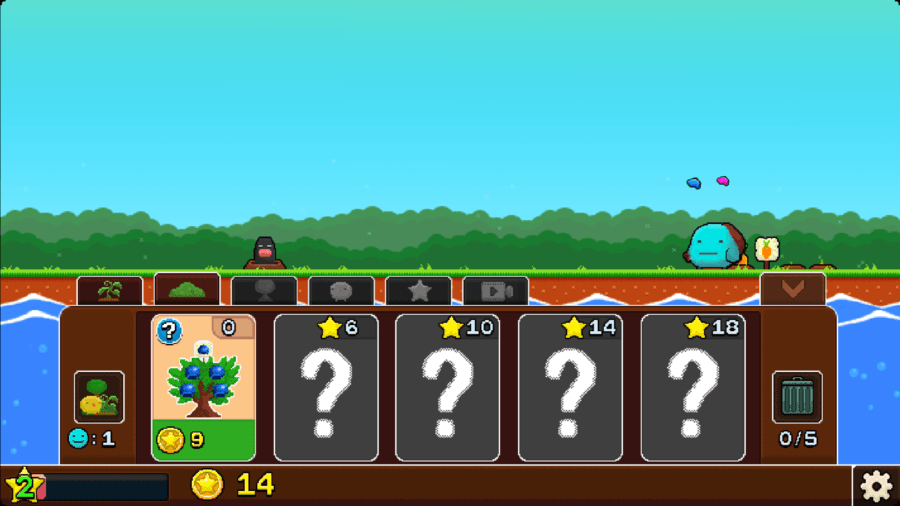 Players can farm by allowing their helper to do all of the work themselves, or tap ripe fruit and veg to knock it from a tree or pull it from the ground, and then tap it again to collect the money from it. This money can be used to purchase new fruit and veg crops, which are unlocked as players go from one level to the next. One thing that players will definitely need to take into account are nasty pests, such as the birds, bugs and foxes that will come along to try and steal fruit, or worse, try to run off with your livestock!

Here, we can see that I’ve added an Apple tree, and there’s a pesky bird trying to run off with some fruit. Tapping on these creatures – sometimes a handful of times – will do the trick to see them off on their way. Over time, this becomes a lot trickier than you might first imagine, as your garden will quickly grow to become a lot larger than the Helpers can handle on their own, which leaves tapping and swiping to collect all the fruit and keep everything safe pretty tricky, indeed. There’s a little room side-to-side, and players can scroll left-to-right at the top of the display to get to the different sections of their garden. 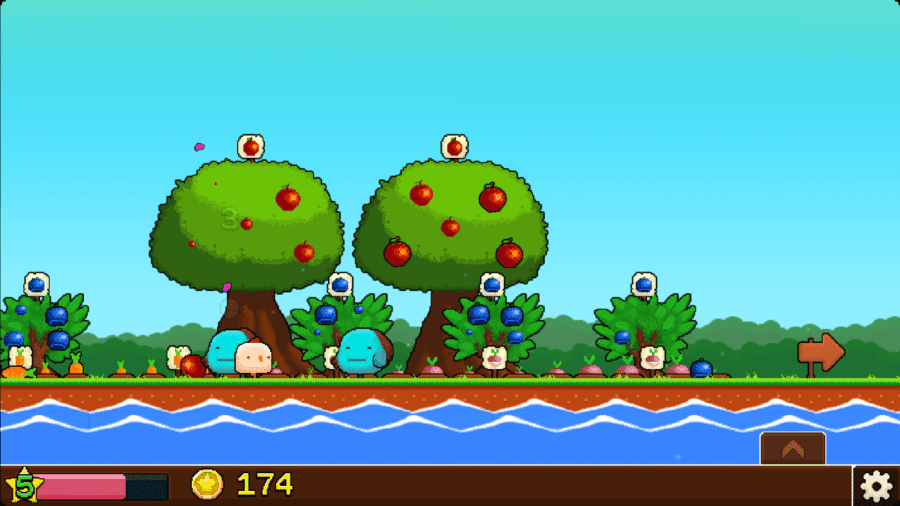 There’s quite a bit of space here to work with, and growing vertically seems to a smart way of doing things. Players can have a root vegetable such as a turnip or carrot with a small fruit tree on top of it and then a large tree above that, so while it doesn’t feel like there’s a lot of space to work here, it’s carefully laid out for people to be able to do more than they think. As new and more exciting fruit and shrubs become available, players can remove previous offerings from their farm quite easily, making room for something new and more valuable. 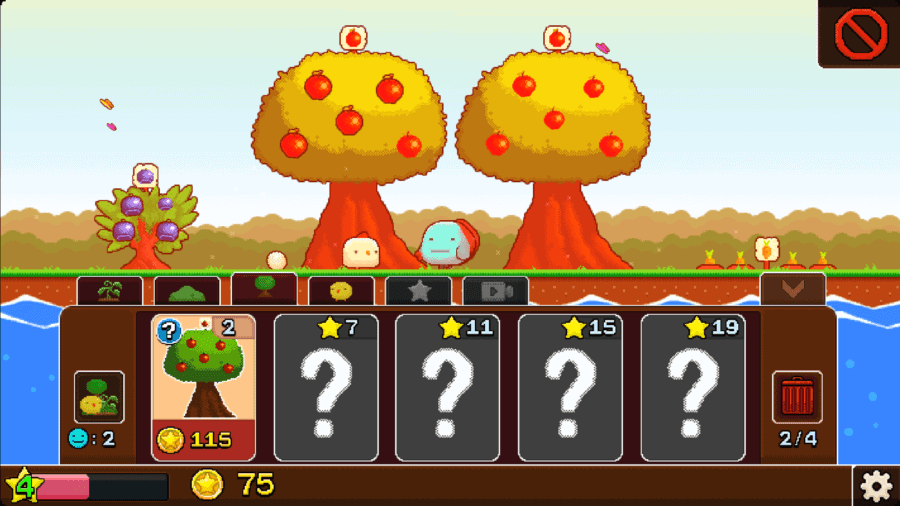 My farm/garden became pretty packed in a short space of time, which in turn gave me a lot to do, with lots of different crops and such to tend to, all the while protecting my friends as well as the plants themselves. Over time, however, you could end up with something really, really busy that many players should be proud of, too. 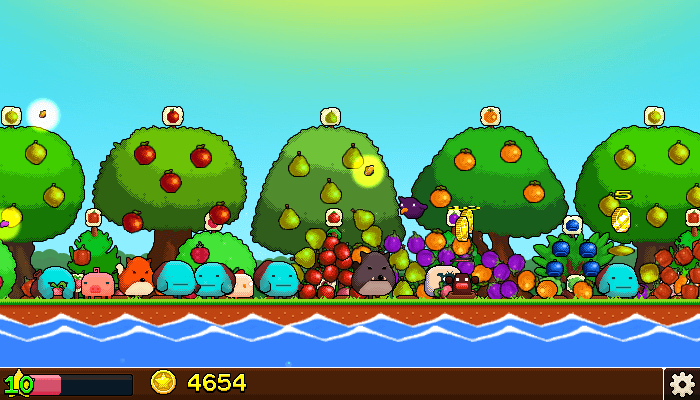 Of course, having a messy farm space is not always the case, and tapping furiously, as well as managing things effectively can lead to a clean, yet fully-featured farm. Making something like the above shot become neat and tidy like this is part of the fun, and very addicting, too. 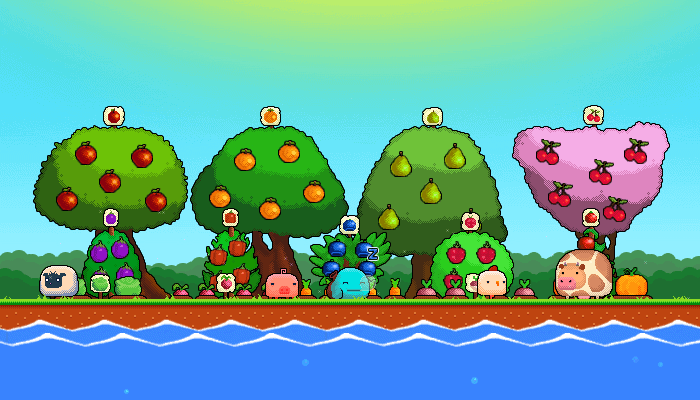 The art style throughout is great fun to look at and the whole thing looks great, too. The Helpers and the character designs will appeal to everyone, and it’s hard to even stay mad at critters like the fox for too long when they look this cute. 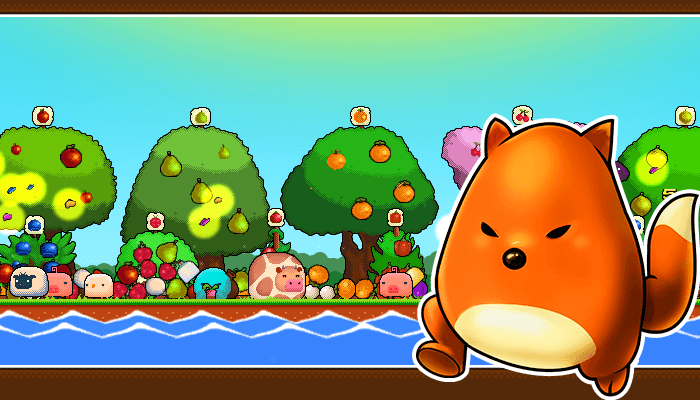 After spending some time with Plantera, I can really see the appeal of the game. It’s lighthearted, not too difficult, but feels challenging and therefore satisfying in its own right. Starting off with nothing and ending up with a whole bunch of different animals and plants is a satisfying feeling, so too, is making sure than no unwanted guests take up camp in the space that you and your Helpers have worked so hard to perfect. These tapper games might not appeal to everyone, but Plantera has a unique charm that’s all its own, and one that will no doubt impress the majority of casual gamers, as well as those looking for something a little more lighthearted and a little more engaging. The fit and finish of the game is excellent, and at no point did Plantera feel unfinished or lacking in either polish or features, despite having only just launched.

All-in-all, Plantera is a cute, good-looking game that’s a lot of fun, and one that doesn’t ask too much of its players, and continues to keep them smiling as their little farm continues to grow with new and exciting plants, new livestock and new Helpers. A nice sandbox that can relaxing at times, frantic at others an very rewarding, it’s easy to see why Plantera will appeal to players of all ages, including those that are perhaps a little younger, as well as those older players looking for something fun and lighthearted.