Star VPN is yet another VPN app for Android, but one that aims to be free, simple and of course easy-to-use. Star VPN offers users no data caps, high-speed bandwidth and zero hoops to jump through. VPNs are used to unblock content you might not be able to get at home by fooling systems into thinking you’re in a different country, as well as encrypt and secure your data no matter where you are in order to give you a private, and above all, secure connection. Star VPN is free to use when used with a number of included countries, but to get access to the full list, users will need to pay for a Premium subscription.

As with all other VPN apps on Android, users will need to download Star VPN from the Play Store, once they have done, they can get to work. 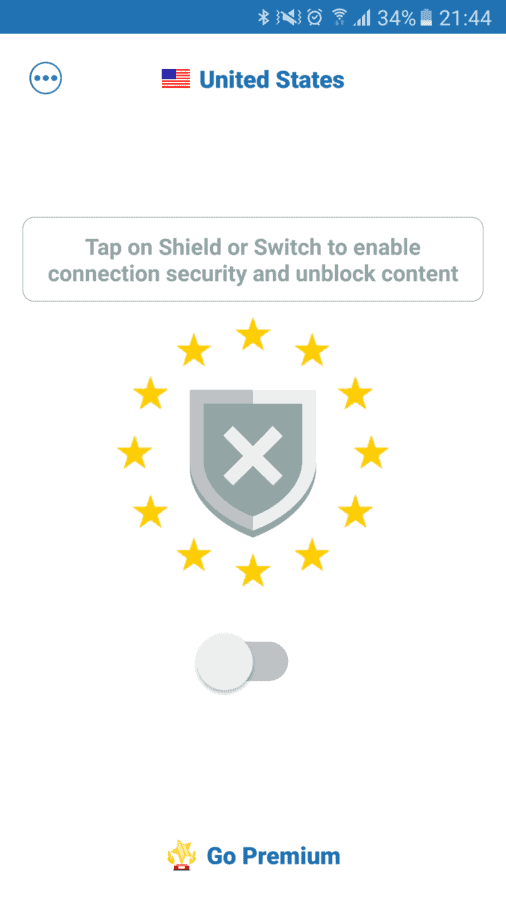 To configure the VPN how they want, users can choose from a number of different countries, but it does appear as though this list is a little small when using Star VPN for free. 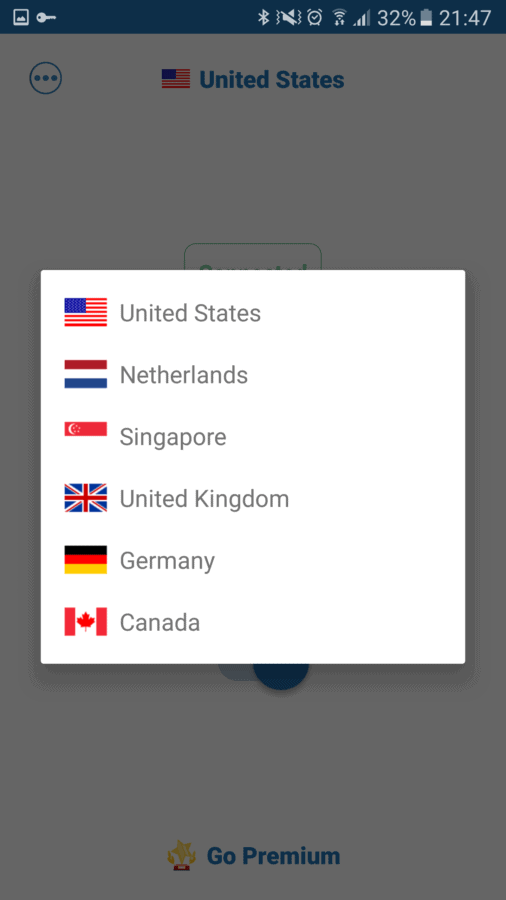 There are few other settings, in fact changing the country is the only setting that users have access to. Clicking the three dots merely gives you the option to rate the app if you want to. I wasn’t disappointed by the fact there were no other settings, but given the popularity of VPNs these days, there will be those out there that feel differently. 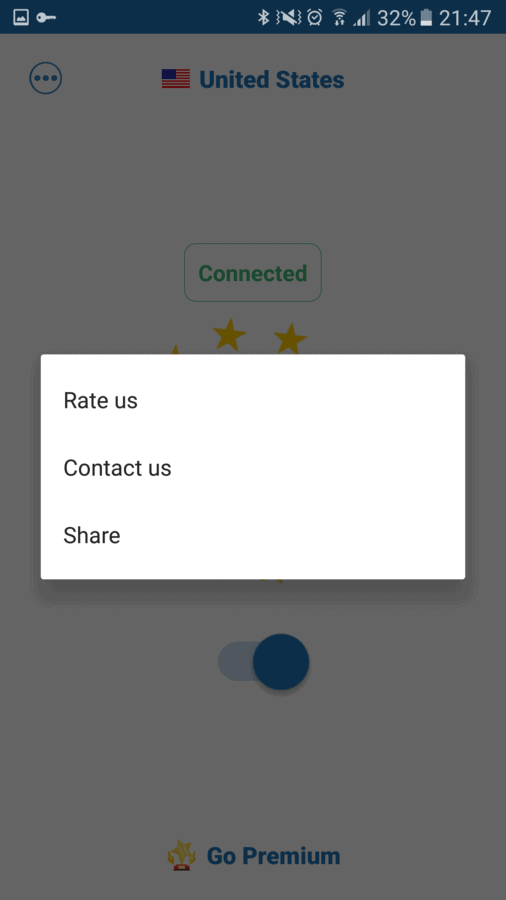 Needless to say the VPN does indeed work, and like so many other VPN apps out there, seems to use the Digital Ocean ISP to mask your location – at least when connecting as from the United States, that is. 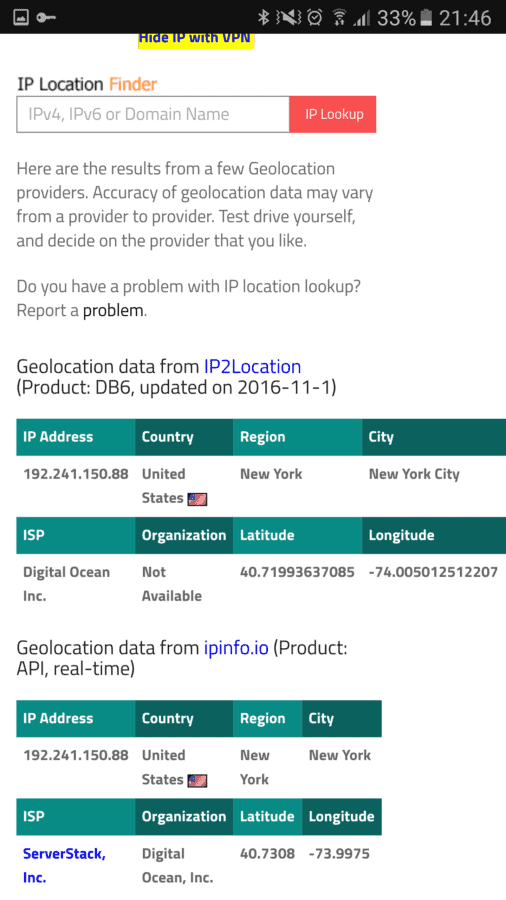 For some, this might result in Google registering some suspicious activity from your account, I was asked to verify that it was in fact me trying to run a search using my account. While this isn’t a problem with Star VPN, it should be noted, and is perhaps the best way of verifying that a VPN works! 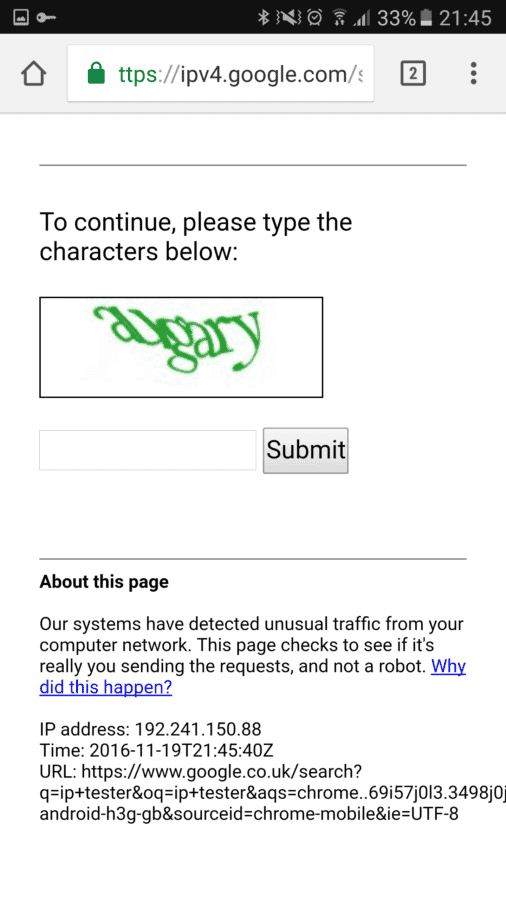 When running Star VPN, there’s a notification in the notification tray of your device, and while all VPNs do this – thanks to the built-in system inside of Android itself. Even so, Star VPN feels the need to give users two of them. 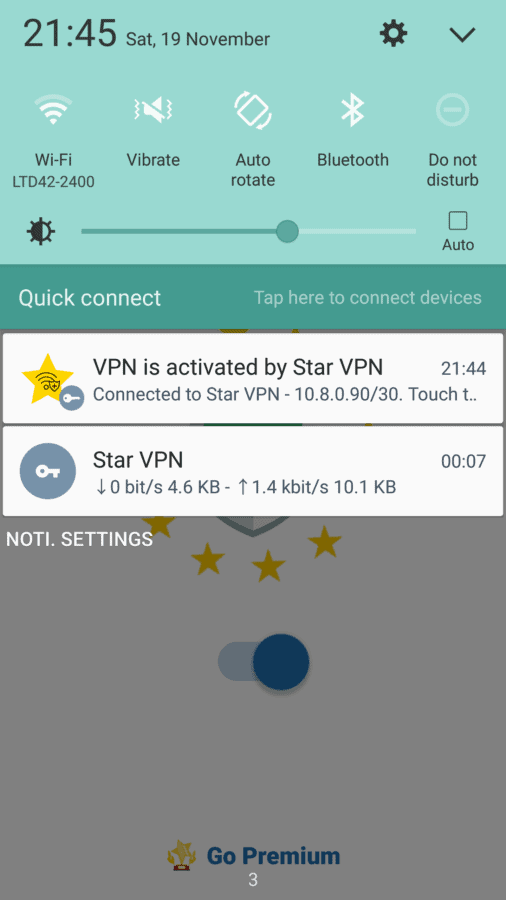 Clicking on either of them does’t give you much in the way of settings to change, but it does serve as a good way of quickly changing country as it sends you back to the app to choose a different one if you wish. 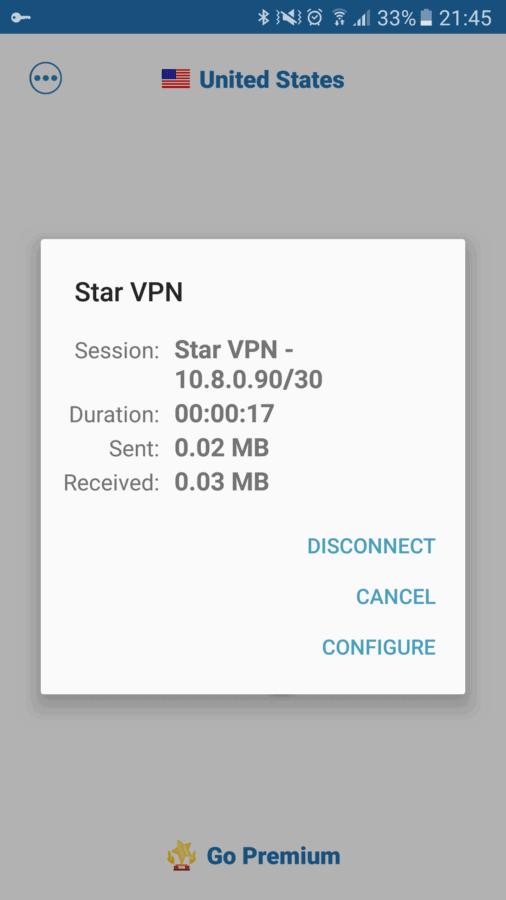 Speaking of countries, those that are looking to access more than the small list provided by the free app will need to sign up and pay for a monthly subscription. This might be a little annoying for some, but the pricing here is pretty reasonable – and will of course vary depending on currency used in the Play Store you downloaded it from. 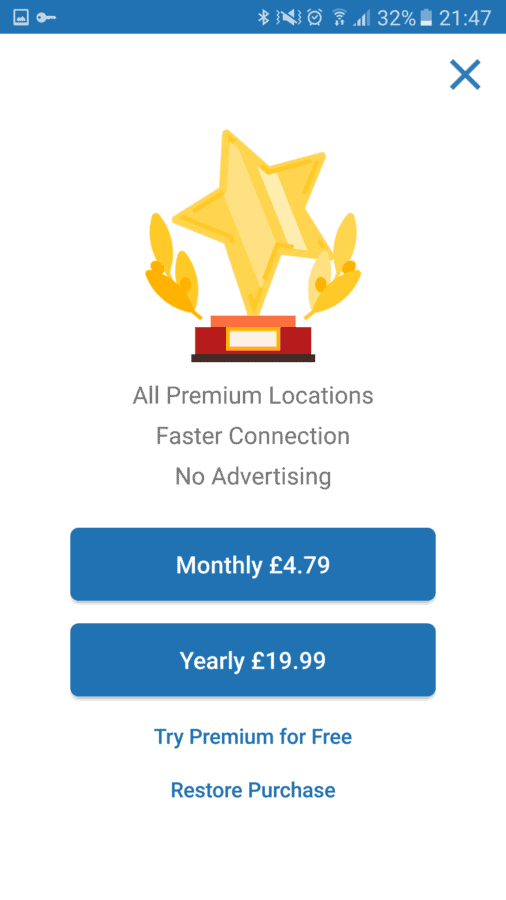 In fact, the yearly rate is very, very competitive by all means.

When it comes to VPNs inside of the Play Store there are now so many to choose from that it seems difficult to end up choosing a bad one. Star VPN is a good VPN, and one that will appeal to those that enjoy simplicity, and it does, indeed work as promised. I tested Star VPN out doing what I would normally do on my phone, such as browsing the web and downloading a few things here and there, and I didn’t have any issues. I did experience some sort of speed slow down, but then my home connection is very poor as it is, so I doubt this was down to Star VPN alone. When browsing, I could access sites and content from the US that I might not be able to do so otherwise, and it was never too slow, either. Everyone should be aware of the security that a VPN such as this offers, and Star VPN is such an affordable option – free for some countries – that it should definitely be considered.

Star VPN is something that’s well worth looking into, especially for those that want something super-simple and easy to use. There’s no need to jump through any hoops when using Star VPN, and it’s the sort of app that will appeal to users that just want to load up a VPN and then forget about it. For those kinds of users, this app is practically perfect, with an affordable and competitive Premium option available, too. Some extra settings and options would be nice, but the overall package ticks a lot of the right boxes, that’s for sure.