Poundaweek is an Android app that wants to give those on a diet a way to count their calorie intake, no matter which diet they’re using and ensure they continue to lose weight on a weekly basis. The app works off of a database used by over 5 Million people, and users can easily search using text or a scanning a barcode using their phones. If that weren’t enough, the app also offers the ability to create your own food based on a family recipe and such, and the whole idea is to lose weight gradually all the while the app gets a feel for what it is you’re eating and adjusts weekly so you don’t plateau. Poundaweek, is free to download and use, doesn’t ask you to sign up for anything and will even connect with your Google Fit account, too.

As with other apps, it’s best to download Poundaweek from the Play Store. It’s available from the Play Store for Android right now, and will be coming to iOS soon. Once users have downloaded the app, there’s an introduction that shows users what they can expect from the app. 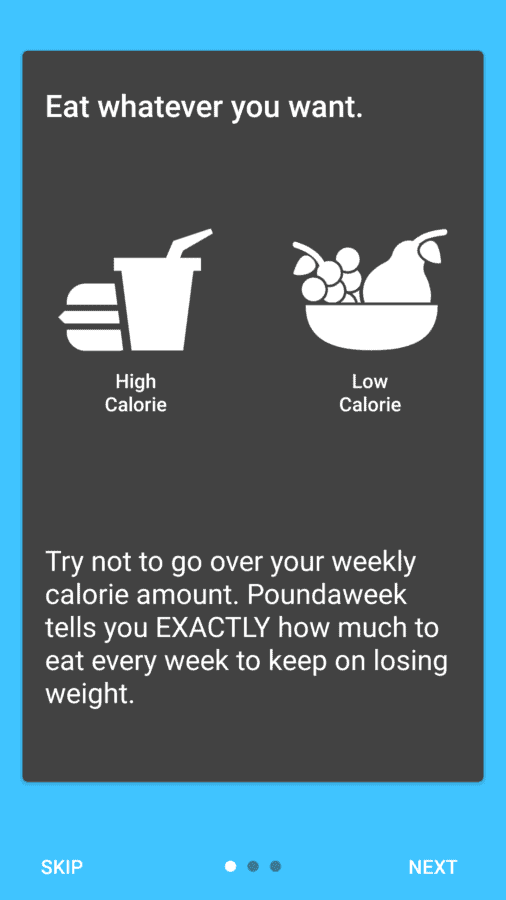 One thing that is quickly apparent here is that Poundaweek is a fairly simple app, not so much in functionality, but more so in its approach. Which is to say that there are few hoops to jump through when using Poundaweek, and users can even connect it to their Google Play Games and Google Fit accounts, but aside from this, there is zero obligation to actually sign up for anything. 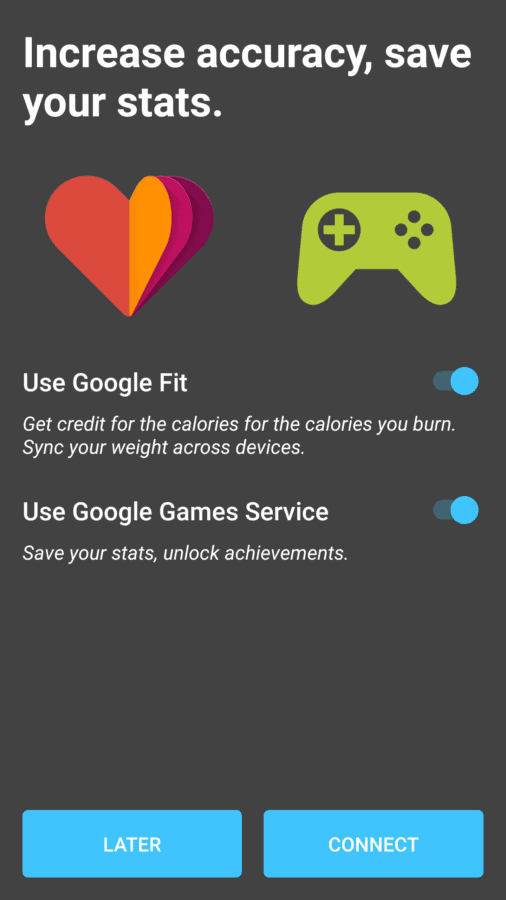 The below YouTube video does a pretty good job of letting people know what Poundaweek is all about.

New users will have to get the app all set up by entering in personal information, such as they’re height and weight, which is all pretty standard stuff (the dark font is hard to read on some fields such as height), but the body type option was a little confusing.

The main focus of the app is of course to log all of the meals that you eat throughout the day. And to do that properly, an app such as this needs to have a huge database, and one that’s easy to use, too. Thankfully, Poundaweek is just one such app and its database that’s used by 5 Million+ users is very thorough. You can search for items and get a look at some generic options. 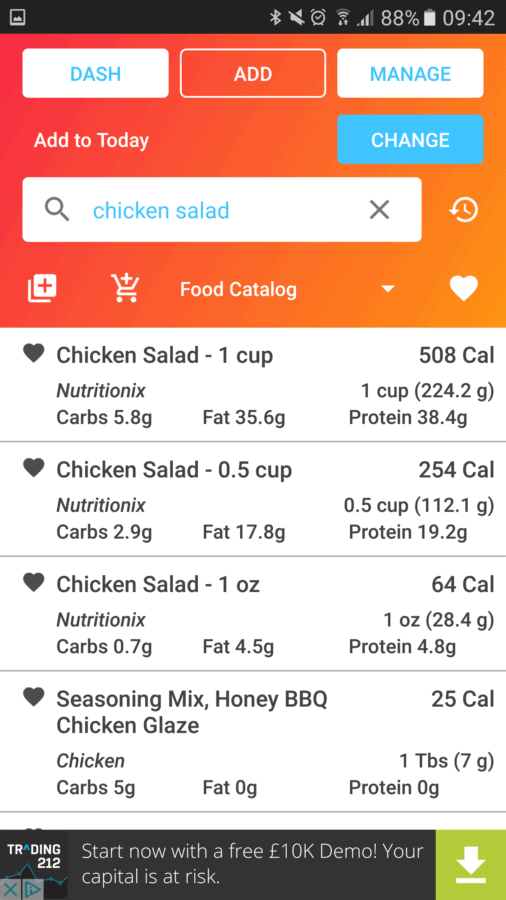 Users can also go through the food catalog for a list of categorized food items that Poundaweek recommends as healthy options. The catalog is small but offers some quick options when you’re not too sure what you should eat, there’s even some fast food options. 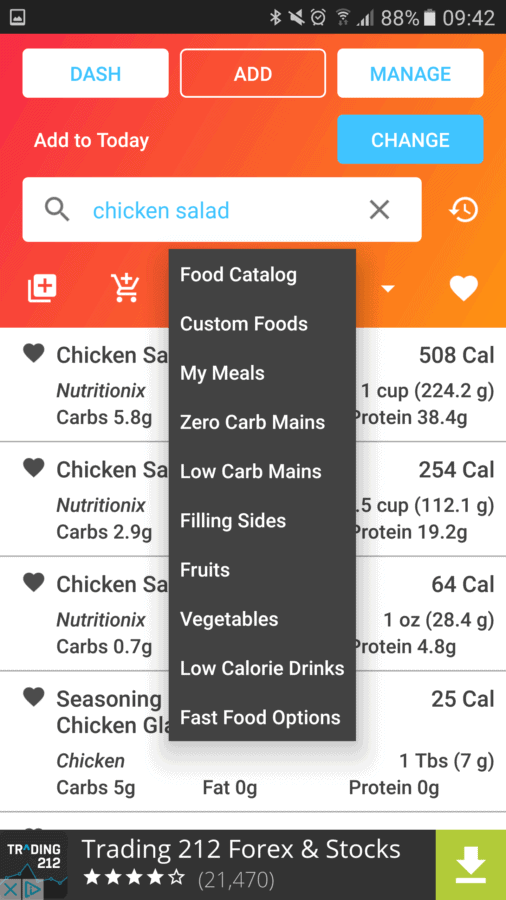 Of course, everyone is different, and there are countless different food and recipes out there that people like to eat, which is why it’s encouraging to see Poundaweek include a camera function to scan whatever you’re about to eat or cook. 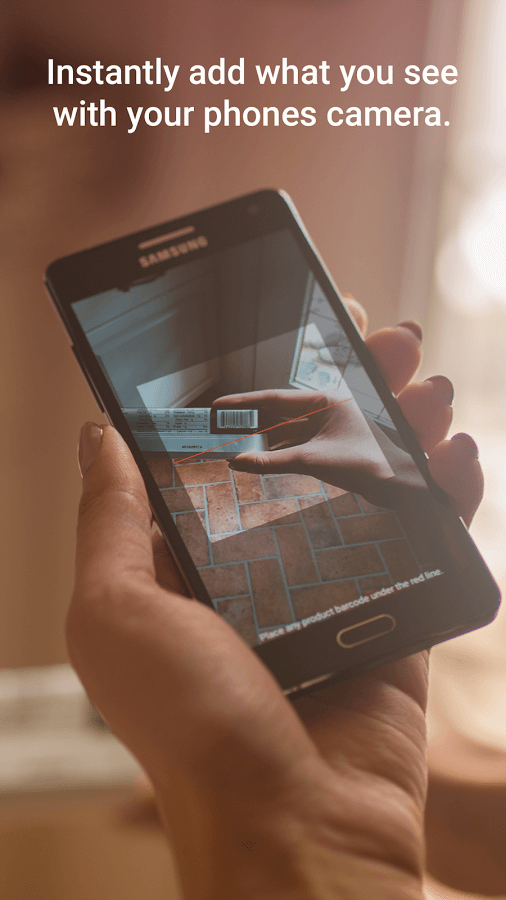 Nine times out of ten, however, those that are on a diet will like to cook and prepare their own meals, carefully taking care of each item that goes into the meal. As such, it’s good to see that there’s a feature to create and then save your own food into your own personal food catalog. 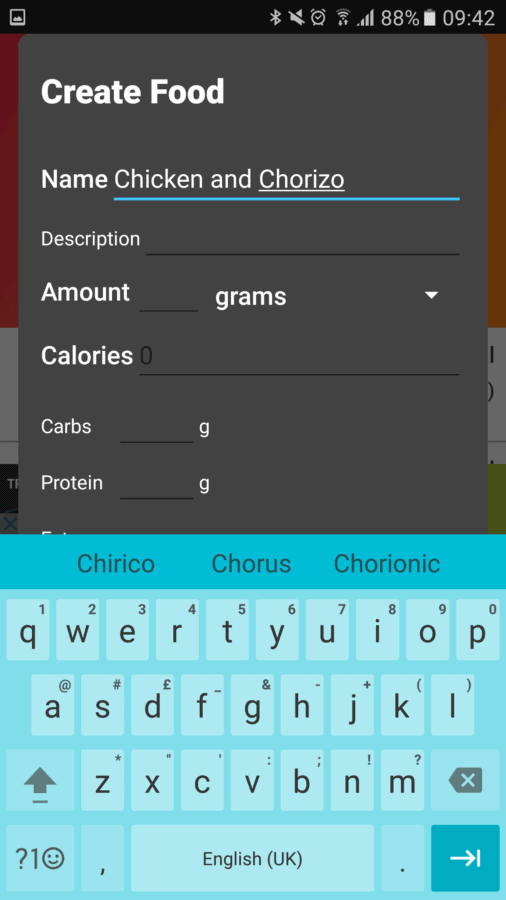 Working out how much protein, carbs and so on are in your meal is of course a little bit difficult, but it’s well worth it for those that want to take some sort of control of their diet. After using Poundaweek for a week, the app will present you with a summary of your week, showing how much you ate and how close you were to that weeks goals. At that point you can then start a new week and the app will readjust your weekly amounts. 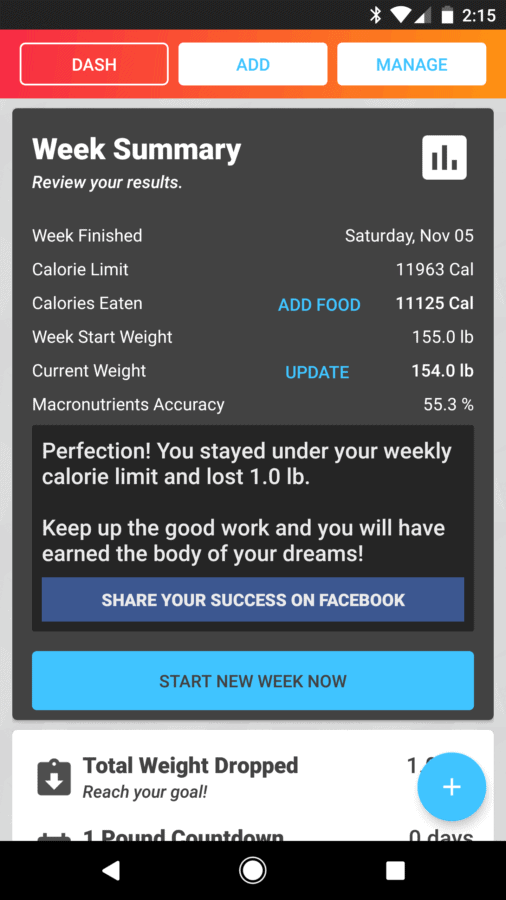 No exercise, fitness or calorie counter app would be complete without some sort of testimony, and when an app like this is designed and tested by the people who made it with great results, it can give users using it great confidence. 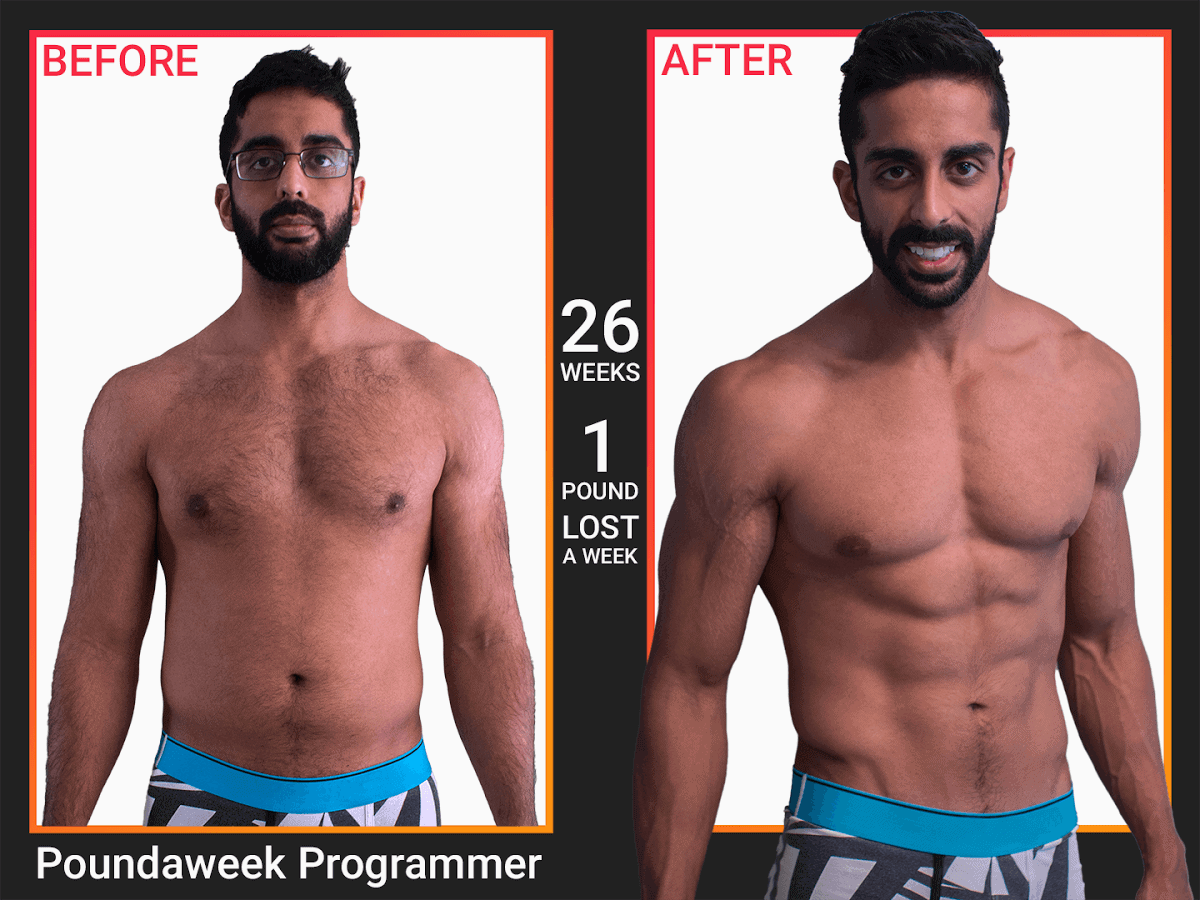 Poundaweek is a calorie counter app that, despite some hiccups here and there, is one of the more accessible and appealing calorie counter apps in the Play Store. Its simplicity is certainly part of its charm, and being able to quickly and easily add whatever food you’re eating is a big plus. There’s not a huge amount here that Poundaweek does that other apps don’t of course, but what differentiates it is the emphasis it puts on weekly progress. Whereas other apps will set your calorie limit at the start, Poundaweek keeps your calorie limit up to date and adjusts it for you at the end of every week, the idea here is to prevent plateauing as your body adjusts to gradually reduced calorie limits. Also the fact that the app is completely free and doesn’t make users jump through lots of different hoops is arguably what makes it so good in the first place. It’s not everyday that a user can download an app and be up and running in no time without any faffing around or anything like that. The database is large and easy to search, and being able to scan a barcode or product with an image makes this even more accessible to the average user out there. It’s a good app that will allow users to manage their diet on their own terms, and do so in a simple, straightforward manner.

All-in-all, Poundaweek is a great app that has a lot to offer those in need of a method to keep on top of their intake, all the while charging them nothing. With a simple and good-looking interface that is easy to get to grips with and offers simple, easy-to-understand features that will appeal to average users as well as those that have tried everything else.