Facemoji Keyboard is an Android app that gives users access to thousands of different keyboard themes, emoji themes and GIFs. With many, many choices for keyboard themes available in the Play Store, there’s a massive emphasis on customization with Facemoji Keyboard, and everything looks good and runs well. The app offers a number of different features for those that love using emoji, including the ability to choose how emoji look, as well as predictive emoji combos that present a number of emoji whenever a user types anything, making it super-simple to send messages as emoji. With a smooth typing experience, as well as the ability to swipe to type, there’s a lot on offer here, so read on.

Users can download Facemoji from the Play Store. Much like other keyboard apps on Android, users will have to set up the keyboard, and thankfully this is all done very straightforward, with a simple guide throughout, making things as easy as possible for users. The first thing that users will come across is the myriad of different themes that users can apply to the keyboard. 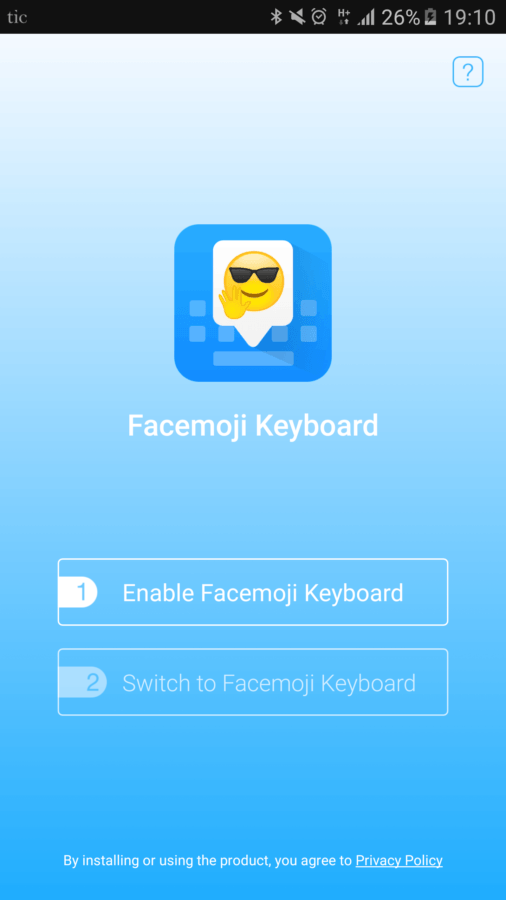 All of these themes look great, but rather than having a central place to download them in the Facemoji app, each of these needs to be downloaded from Play Store. 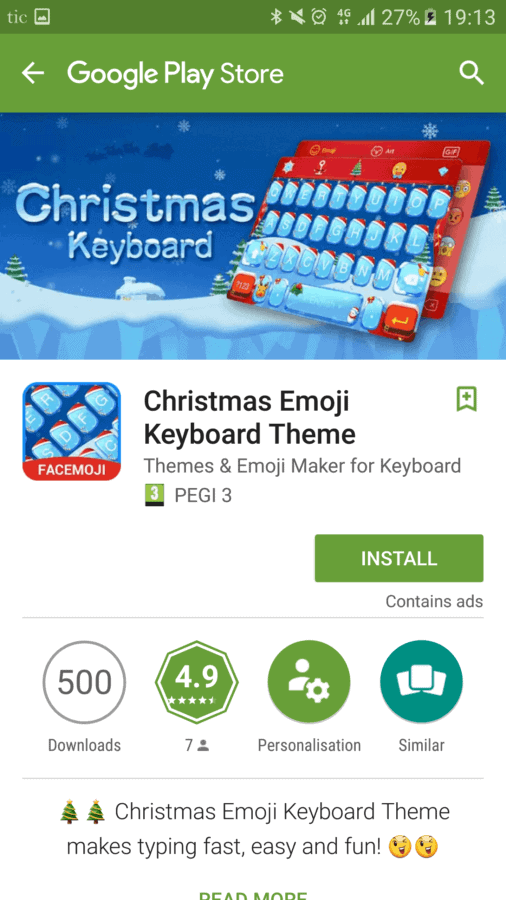 While this does mean that if a theme needs to be updated it can be updated separately, it makes things pretty messy overall. This is something that won’t be a problem for everyone, but it is something to note, nonetheless. The Christmas Theme that I downloaded looks good, and while not all of themes are Seasonal, this is a good opportunity to show off what’s on offer. 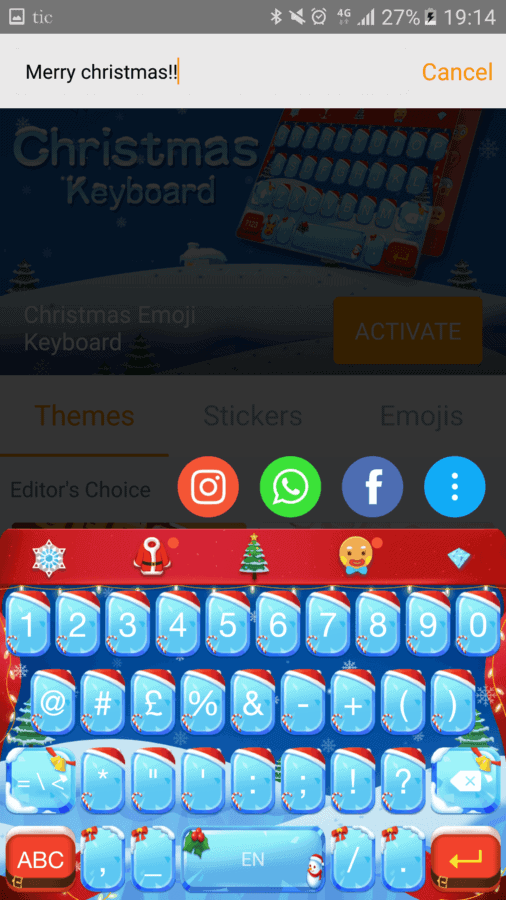 Testing out the keyboard, I was impressed by the predictive emoji, which puts forward an emoji fitting for the word, as well “combos” that chain a number of emoji together to make a message. Such as “Merry Christmas” in the example below. 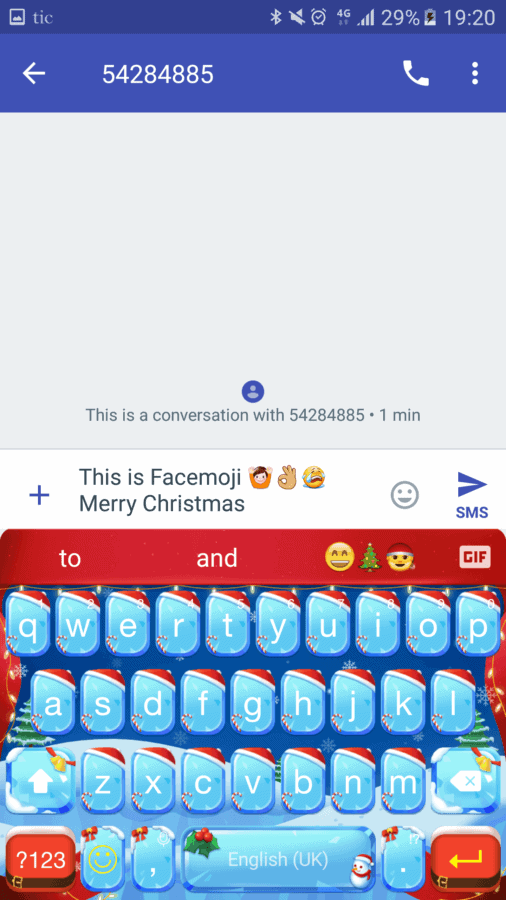 Accessing emoji from the keyboard is nice and easy, and there’s a lot of different emoji to choose from, too. 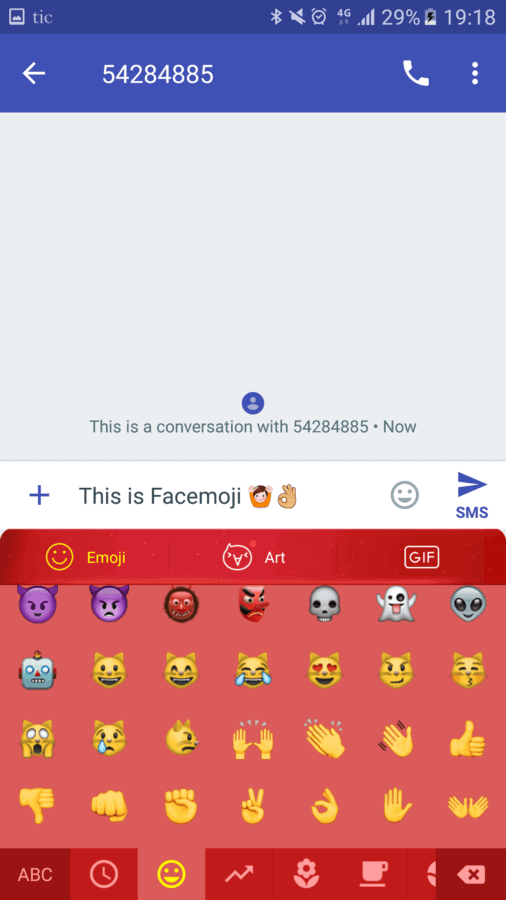 Just as users can with themes, they can choose from different emoji packs, too. These offers users the chance to change the way that all of these smilies and emoji look when sending them to friends and family – at least on one end. 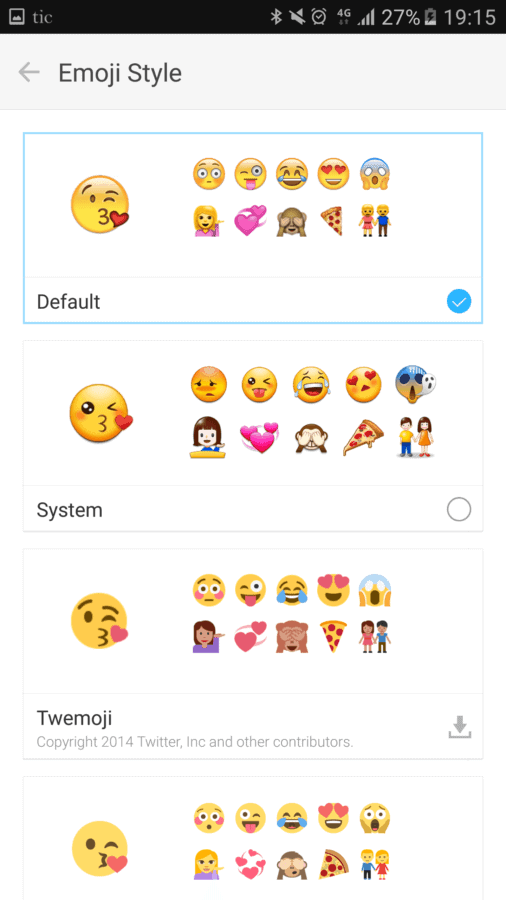 These are also ranked inside of the app, too, which gives users some way of knowing what’s popular and what’s not. 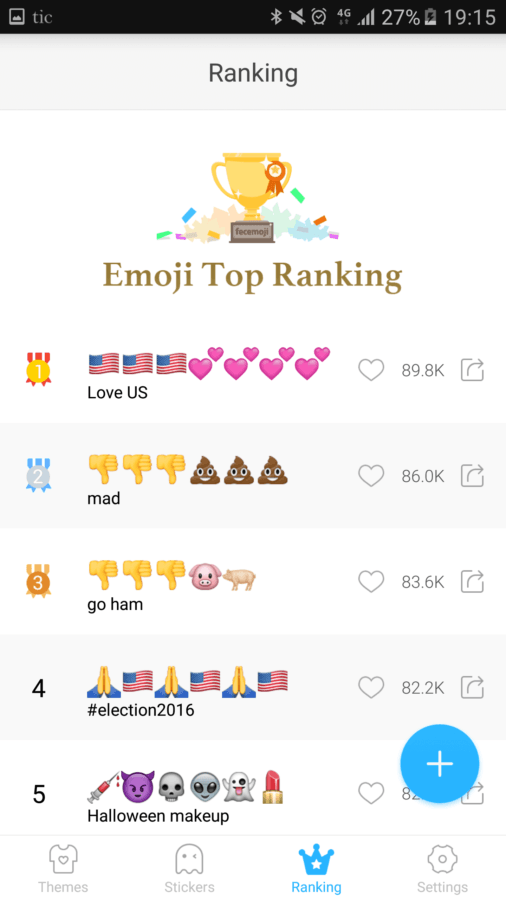 There are all manner of extra features to Facemoji, such as the ability to swipe while typing to speed things up, as well as all of the different ways to customize the keyboard, even with your own photo, which a few other keyboard apps can offer. 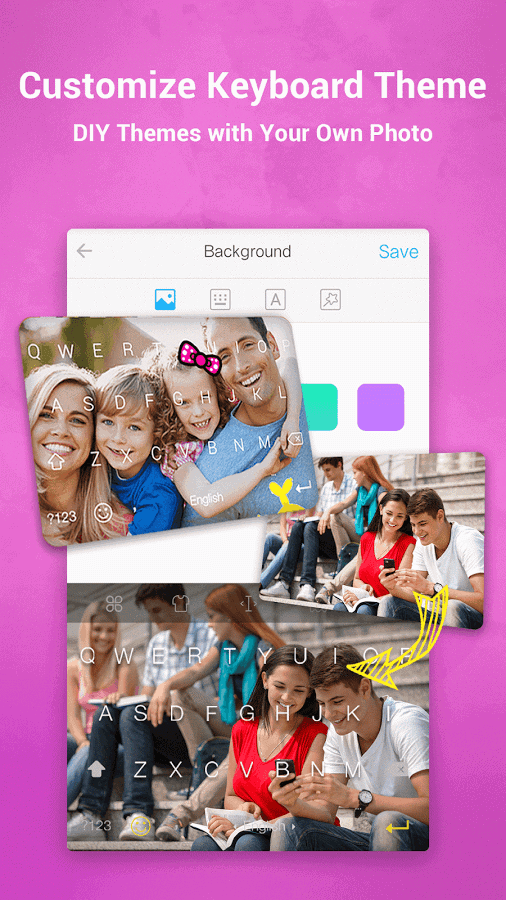 Let’s not forget the fact that this is available in 30 different languages or more, as well as all of the different GIFs and sticker packs that are on offer. 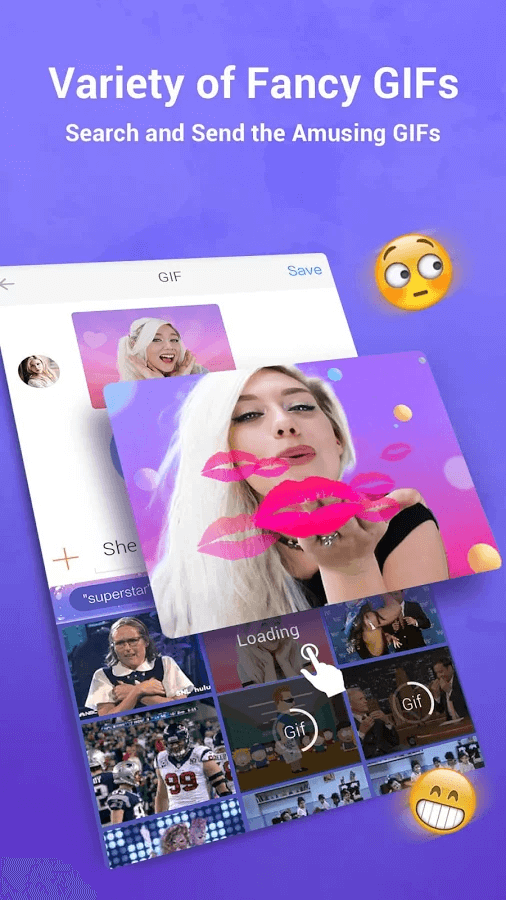 Facemoji is an interesting keyboard app for Android, and one that manages what few others seem to be able to do; balance all these different features, all the while offering a high level of polish. With so many different features on offer, such as all the different themes and different emoji that users can choose from giving this more variety than most third-party keyboards out there. Being able to choose from all those different themes, all of which are of high quality, makes Facemoji the sort of third-party keyboard that, while offering features such as emoji, GIFs and themes, still manages to be professional and put forward a lot of polish and such. Facemoji’s GIFs, and themes are of such high-quality that it’s hard to argue with what this has on offer, all of which makes Facemoji one of the best third-party keyboards available on Android.