DU Caller is an Android app from the folks behind the popular DU Battery Saver and DU Speed Booster apps, and is an app that can help people take back control of phone calls that come and go from their Android phone. DU Caller allows users to scan their call logs to gain more info about the Caller’s ID, as well as get Spam alerts and warnings for incoming calls. DU Caller can be used as a way to fill in the gaps when using a phone on a smartphone, and is often seen as a great way to block callers as well as make you were actually talking to who you think you were. A Call Blocker, online search feature as well as the ability to record calls round things out for DU Caller as an app to keep users safe when accepting phone calls.

As with most Android apps, users can download DU Caller from the Play Store, and they’ll be treated to a simple, good-looking introduction to things once installed. 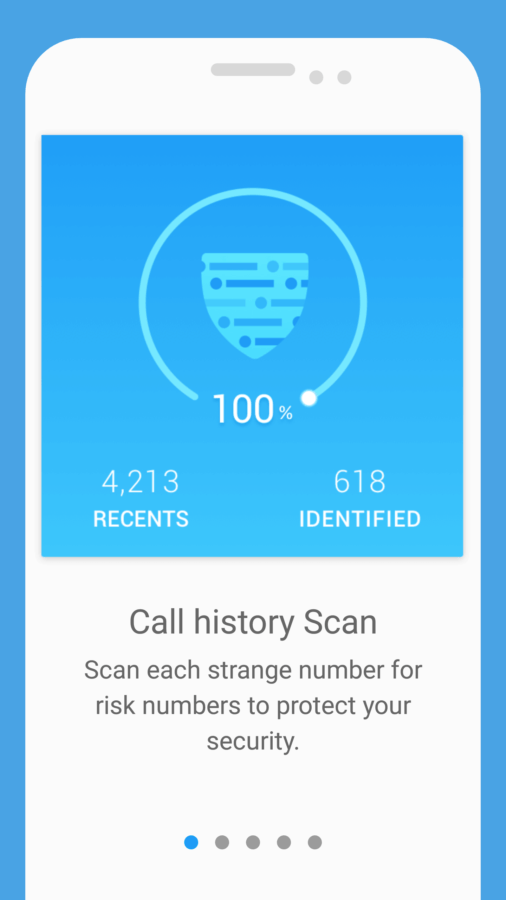 This introduction does a good job of highlighting key features of DU Caller, which include things such as being able to block incoming callers should you wish to. 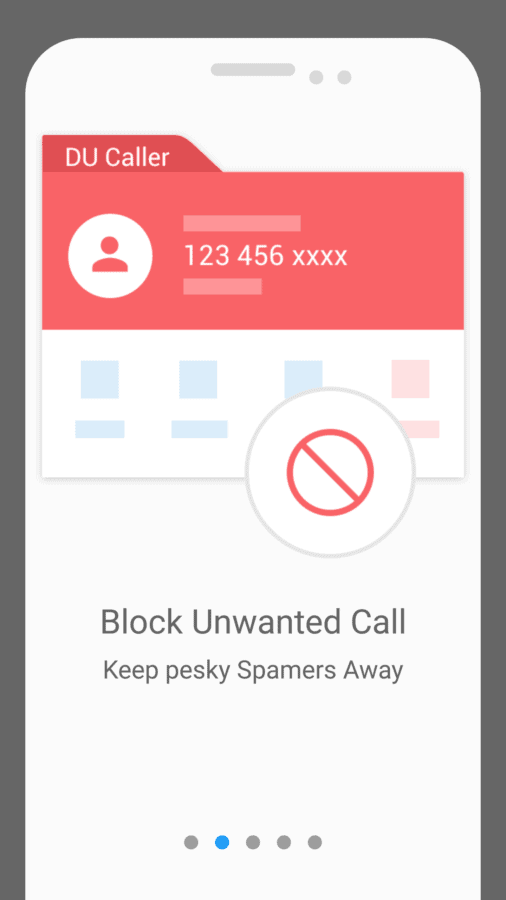 Once past this nice introduction, the first thing that DU Caller will do is to scan the call logs on your device. I rarely emptied mine, and so I had a full 500 entries for the app to search through. While this did take a good few minutes to complete, it was clear that DU Caller was doing a thorough job. 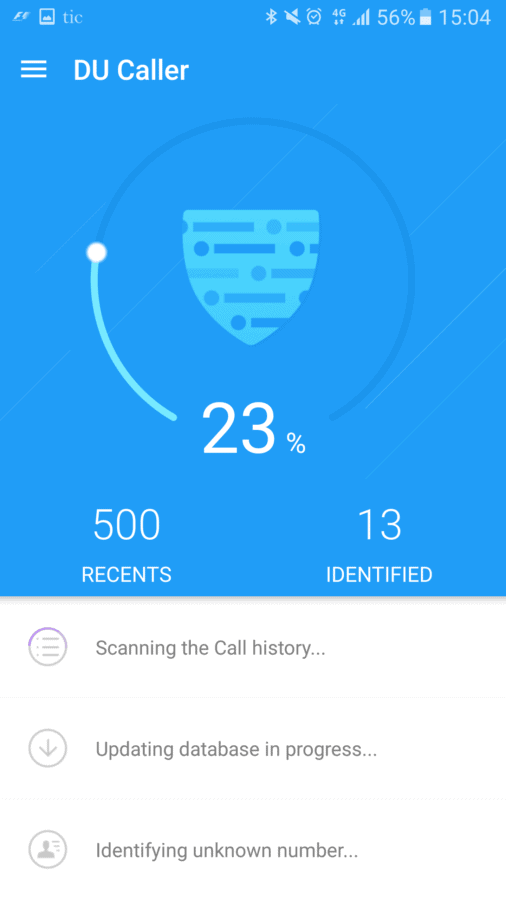 When it did go through my call list, I was pretty impressed with the results it came back with. Some of things that it did flag up were a little strange, as I had phone the number, not the other way around which is usually a good sign that I wanted that number to get in touch. In fact, I was genuinely pretty impressed with the numbers that the DU Caller app flagged as Spam as well as the amount that it managed to find an ID for, some of which I did not expect it to. You can quite easily see the history of calls between yourself and these calls, and if these calls are no longer ones you want to be getting, you can always hit the block button to make sure they can’t get in touch with you again. The blocking part of the app allows you to message and see which numbers you’ve chosen to block as well as add numbers from your contacts list, too. 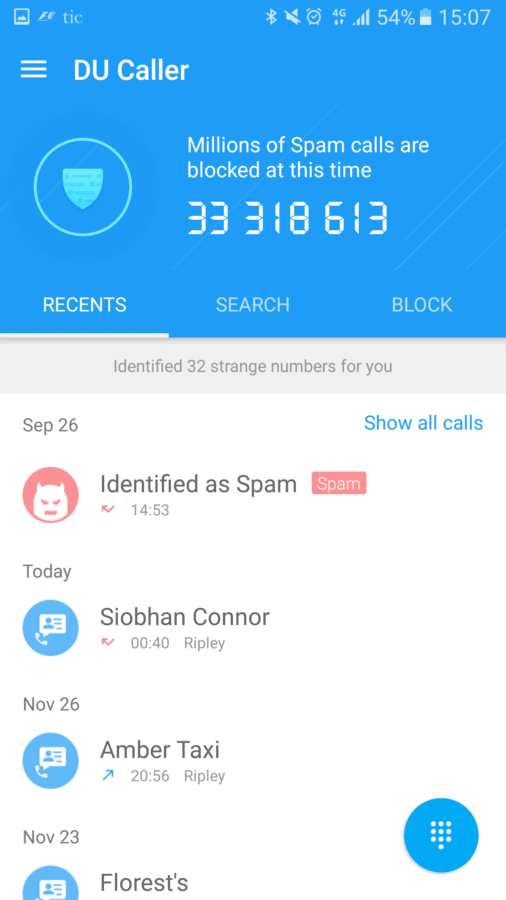 Another interesting feature of DU Caller is of course the ability to search their online database, which is always being updated with more and more numbers, for those that you’re unsure of or those that you want more information about. 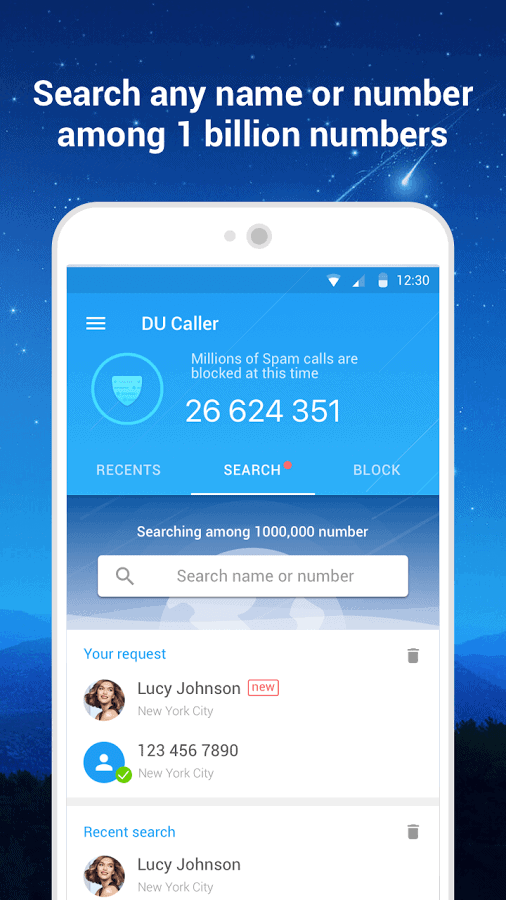 This is a nice feature, but for a UK user like myself, it didn’t quite work as well as I thought it would do, sadly. Elsewhere, there’s a slick UI with a simple and straightforward look to it that should be usable by everyone and anyone. Extra features come in the form of an automatic call recorder, which will please users that use their phone for business or are trying to work out a dispute of some sort. 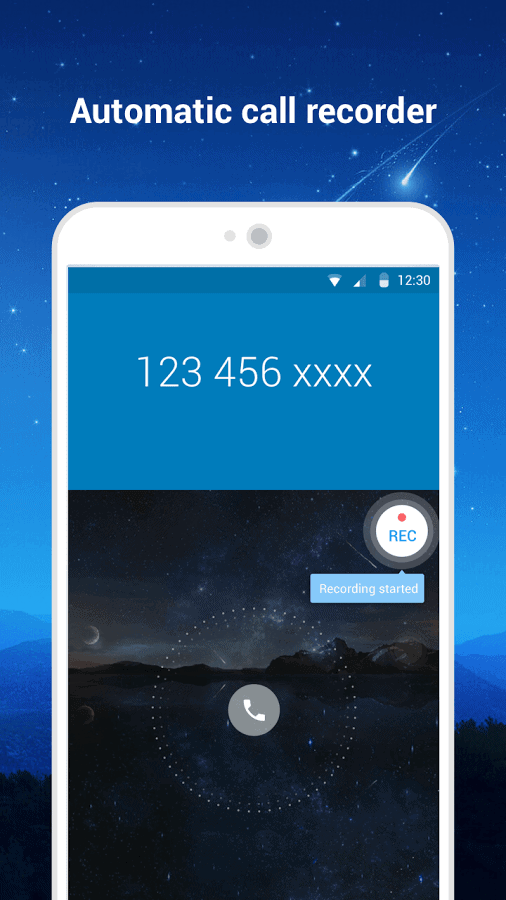 What’s nice about DU Caller is that while you can make calls from the app, it doesn’t completely replace your built-in dialer app, and instead sort of sits on top of it, providing alerts when the number is associated with spam, or letting you know you’ve missed a call. 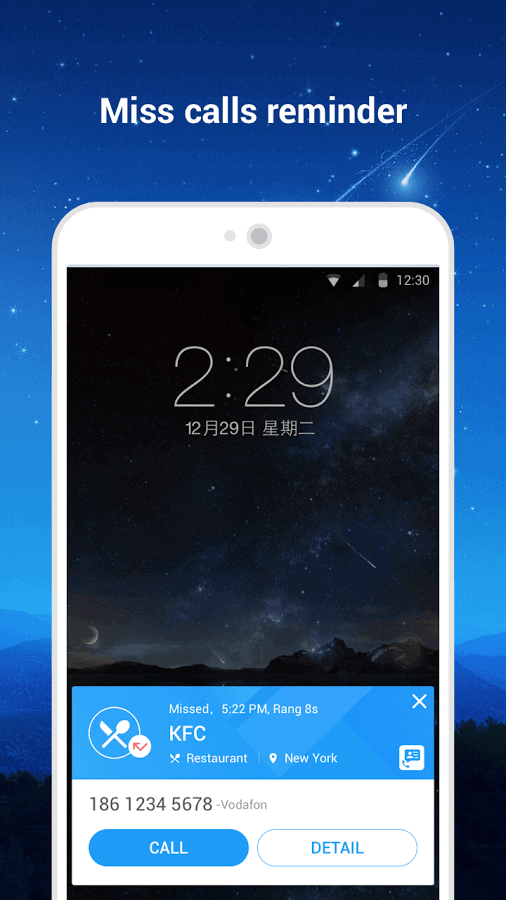 DU Caller is another great app from the DU team, and while it might not tick all of the right boxes for those looking for a perfect spam caller app, it comes pretty close. What I appreciated most about the app was the fact that it was never really that pushy or got in the way too much. The app is more than happy to just rest in the background and then do what it needs to, as well as be there for when you need it, as opposed to be constantly popping up or have a persistent notification. Caller ID features work really, really well and I was very impressed with the names and numbers it managed to match up for me. Of course, users can take things into their own hands and easily search for numbers from within the app, and leverage the massive database that DU Caller has on offer, which is something that not many apps can offer people. All of this comes in a free app, too, which is perhaps the most impressive thing about DU Caller.

All-in-all, there’s a lot to love about DU Caller, not least the fact that it’s a free app. It has great features, like the ability to block incoming callers, as well as record calls automatically. All of which make this a great app for those running a business, or people that have been hounded by nuisance calls for too long. It runs well, is not difficult to use at all, and has a lot of the right boxes ticked, making DU Caller one of the better caller ID and call blocking apps out there.