Our smartphones are packed with all kinds of information and apps to make sure that we know where we’re going and to ensure that we can get back to where we were. Google Maps is something many of us rely on, but if you’re out in the wilderness without a signal, then how do you know where you’re going? This is where the magnetic compasses that are inside our smartphones come in, but we often need an app to turn them into a proper compass, and this is where Compass – Minimalist, Magnetic comes in. A free and simple app to help you figure out where magnetic north is and which direction you’re headed in.

Just like other Android apps, users will need to download Compass – Minimalist, Magnetic from the Play Store, and once they have done, they can go ahead and launch the app. This is a free app, but given the nature of the app, it does feature ads that will always display when connected to the Internet, of course, when you’re offline, this isn’t a problem. 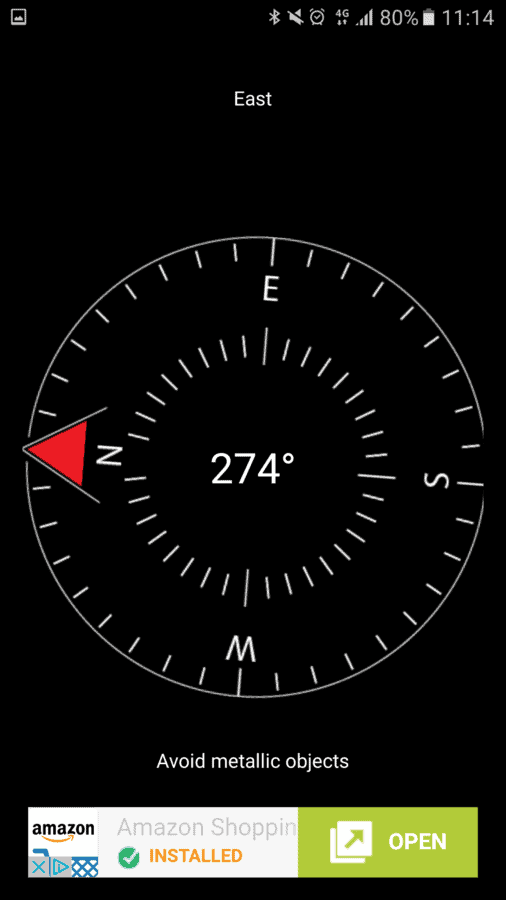 The above is a good look at what the UI of Compass – Minimalist, Magnetic has to offer, and this really is all there is to the app overall. There’s only one screen to look at, and all it does is show off which direction your phone – and therefore you – is facing. While it could be easy to suggest that this is an incredibly simple app, the developers have put a lot of time and effort into making sure that the app is as accurate as it can be. I tested the app at first and found that it was not quite as accurate as I thought it was going to be, but then when I moved away from my coffee table – which has a lot of iron in it – I was greeted with a very accurate response. 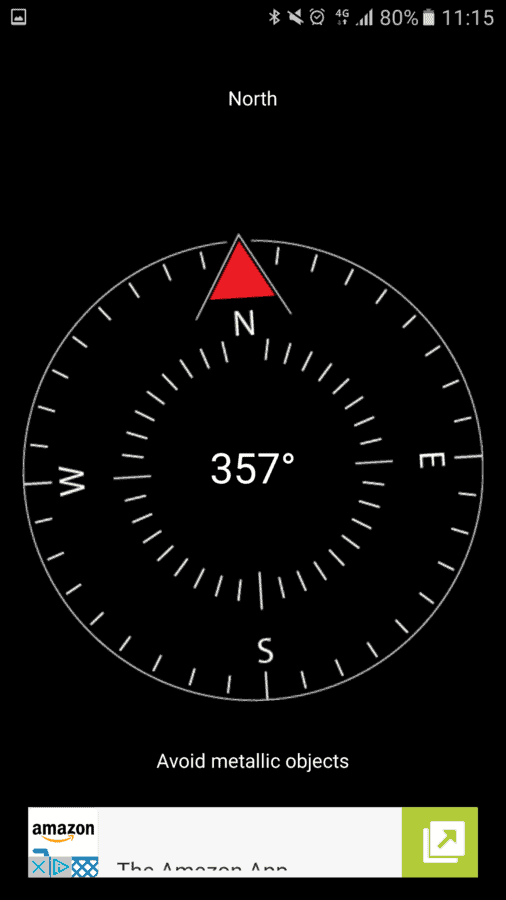 With a large and very readable user interface Compass – Minimalist, Magnetic is something designed to be used out in the wild. In a dark environment, the background of the app fades away and all you’re left with is the white compass itself and the clean white degree heading in the center of it. 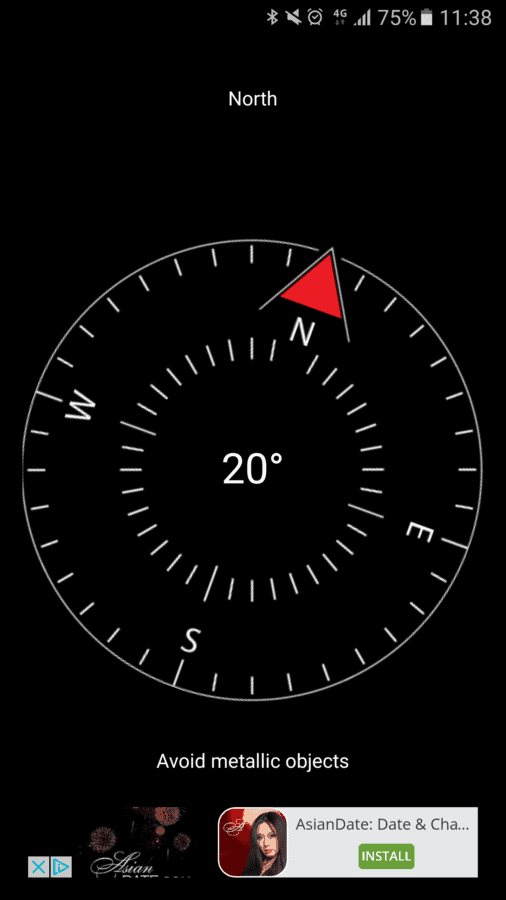 With a quality look and feel to it, this is the sort of app that won’t let you down when using a paper map while out in the mountains or the woods, and it works really well, almost feeling like a standard, original sort of compass more than anything else.

While it’s very easy to dismiss this as a sort of app that doesn’t have much on offer, it is exactly what it’s designed to be; a tool. It’s a tool for those that might be exploring or orienteering in the wilderness or on a long hike and don’t want to rely on technology completely. With this, users can use their phones as a compass alongside paper maps and guides, which make for a great combination. After all, our smartphones are really, really bright these days and having a compass that doesn’t need tobe illuminated is probably very, very handy when you’e in a bind. It’s the sort of app that will allow users to find their way as we used to do back in the day, but with a little touch of the modern all at the same time. Well worth looking into, there’s a lot to appreciate here, especially given that the app is of course free, too.

Overall, Compass – Minimalist, Magnetic is a short and simple app that works well on any smartphone out there, for free. It’s simple, good-looking and readable in any light or condition, all the while helping maps to be read in the dark. A great app for those that enjoy hiking and orienteering, Compass – Minimalist, Magnetic is a free app worth downloading and keeping on your phone.