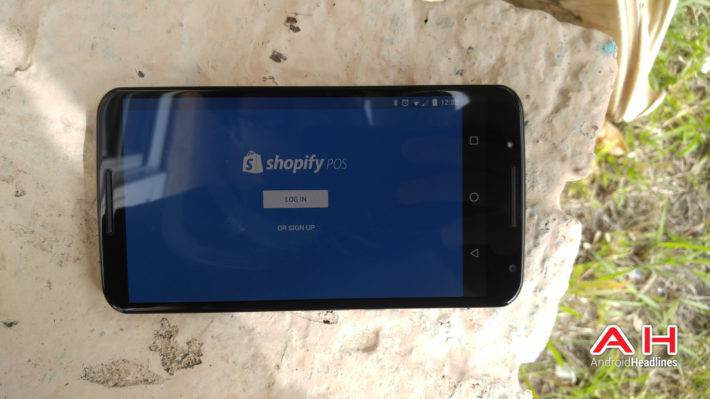 Google is the absolute largest internet company in the world, and one of the largest companies period. It's been around for close to two decades now, and shows no signs of slowing its growth. Shopify has been around since 2004, and though diminutive compared to the likes of Amazon, has been billed as the fastest growing e-commerce and payment processing company out there. Shopify can be found at the core of a huge number of transactions, and even has an app that allows any smartphone owner to use their payment processing service. Despite Shopify's growth rate, rumors have been swirling lately that Google is going to buy up Shopify, and with Google's position in the online shopping world, this would actually make sense. According to Shopify's CFO, Russ Jones, that transaction would make more sense the other way around, albeit far into the future.

Shopify has been on a meteoric rise to the top for some time now, and 2016 was no exception. Third quarter figures point to an 89% increase in revenue from the same quarter last year, and according to Russ Jones, the growth is not slowing down any time soon. Currently, Shopify is in "heavy invest mode", and is expanding their horizons and capabilities on their way to the top. Given their excellent momentum, Jones is confident that the company will continue to grow, perhaps even eclipsing Google and allowing for a role reversal. During a BNN interview, he jokingly said that running the idea by CEO Tobias Lutke may warrant a spirited response from the head honcho.

Jokes and rumors aside, Shopify's insane growth is putting it on the fast track to rule the world of e-commerce and payment processing with an iron fist, perhaps even eclipsing old standby PayPal. While Shopify is mainly focused on the backend of transactions, the release of a user-facing app back in January gives a decent idea of where the company is headed as the marvelous growth they're experiencing allows for greater and greater capital expenditure, along with all of the clout and recognition that comes with it and can be just as valuable, if not more so.