While the majority of us will of course understand that Samsung is a major, major player in the world of mobile technologies thanks to their smartphone and tablet divisions, but they are also a major player in consumer electronics, too. For Samsung, their TV division is a huge earner as well as their smartphone division, and they often find themselves selling more units than most other major players in the TV world. Samsung is clearly good at making world-class displays of all shapes and sizes, and where their TV technology is concerned, this patent shows what the future of TVs could be, and it looks far more exciting and interactive than 3D did.

As discovered by Patently Mobile, Samsung have been awarded a patent for a holographic TV technology. According to this patent, Samsung have devised a system that would fire a laser lighting system from behind the TV’s display itself to create an interference pattern, which, as it passes through the panel is then displayed correctly to the viewer. Where most TVs that would ship with 3D technology would rely on binocular parallax technology, Samsung seem to have gone to great lengths to drastically improve this sort of technology, and potentially creating a much, much better effect. To ensure that this technology works well for the viewer, no matter where they’re sat relative to the position of the TV, the patent goes on to describe an eye tracking unit which would make sure to display the hologram in the right way for the viewer to be able to enjoy it, relative to the content being played.

This is a very, very in-depth patent filing from Samsung, and while it doesn’t guarantee that Samsung will be releasing such a product any time soon, these patents are important for a company like Samsung. The South Korean giant has been a major player in the TV world for decades now, and has often been instrumental in bringing new technologies to the TV world. As 3D failed to capture the excitement of viewers, and 4K is still struggling to find its feet, Samsung could be on the verge of introducing the next big thing in the world of TVs. 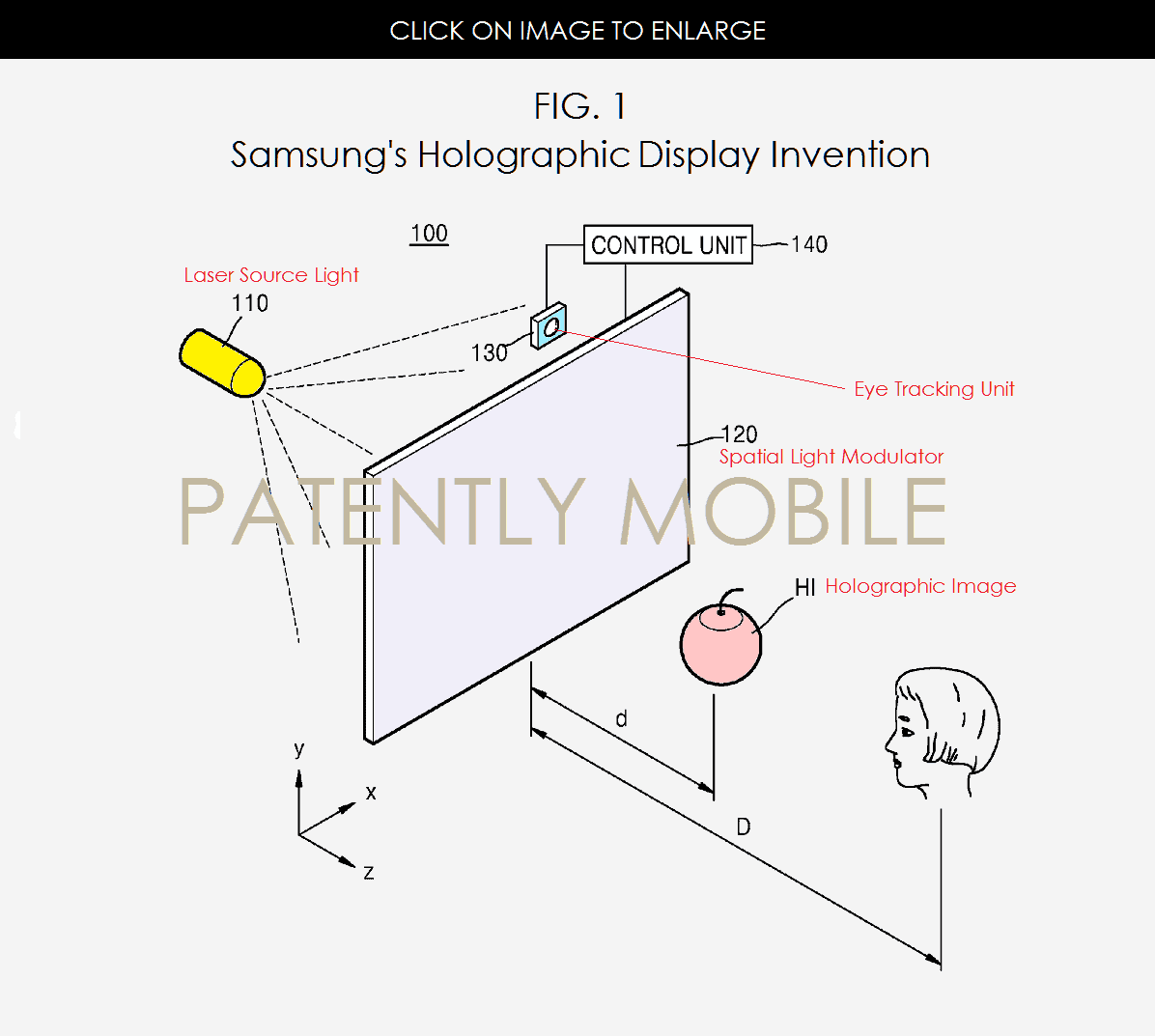