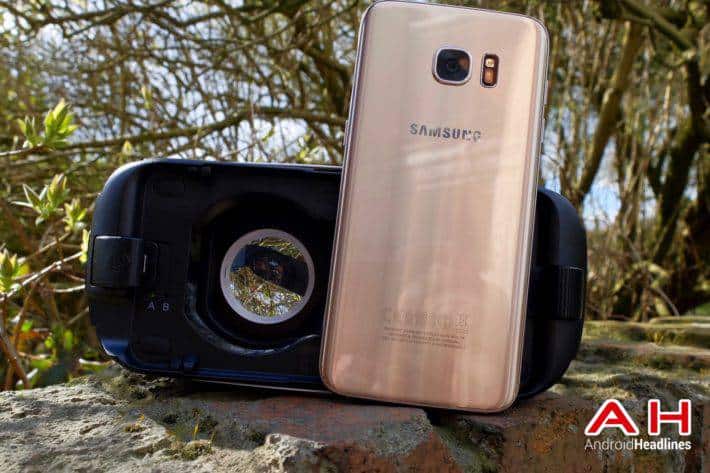 Holiday season is upon us, and Samsung's marketing team is naturally working hard on producing some high-quality ads to prompt us to consider purchasing the company's products when we embark on our annual holiday shopping spree. Earlier this week, the South Korean consumer electronics manufacturer debuted its first holiday-themed ad which claimed Samsung Galaxy products aren't just a gift, but a possibility for our loved ones to experience new and memorable things.

Today, the largest phone maker in the world published its second video ad in this aptly themed series. Unlike the one mentioned above, the new piece of promotional material solely focuses on the Gear VR headset as Samsung is encouraging consumers to "unwrap the feels." More specifically, the 60-second ad showcases several families exchanging Christmas gifts. Coincidentally, all of them end up being the Gear VR headset. While the ad shows no VR footage, it does feature a couple of scenes of people using the Gear VR and being quite thrilled with it. As revealed at the end of this promotional piece, Samsung isn't using it to advertise the Gear VR per se, but the fact that everyone who buys the Galaxy S7 or the Galaxy S7 Edge is still eligible for a free Gear VR unit until next Monday, November 28th. Given how this virtual reality headset is regularly priced at $99.99, that certainly isn't a bad deal. This promotion was originally announced back when the Galaxy S7 and the Galaxy S7 Edge hit the market in early 2016, and even though it was also available in countries outside of the US, the holiday variant of this deal is currently only confirmed for residents of the United States.

All in all, it remains to be seen how Samsung will fare over this holiday season, traditionally one of the most profitable periods for consumer electronics manufacturers. The Galaxy Note 7 fiasco certainly didn't help the company win any new hearts, but we're yet to see whether its core customer base will remain loyal to the largest phone maker in the world despite that ordeal. While we're waiting for more information on the matter, check out Samsung's latest holiday ad below.

Advertisement
Buy the Samsung Gear VR
Advertisement
Trusted By Millions
Independent, Expert Android News You Can Trust, Since 2010
Publishing More Android Than Anyone Else
0
Today
186
This Week
106
This Month
4093
This Year
105570
All Time
Advertisement