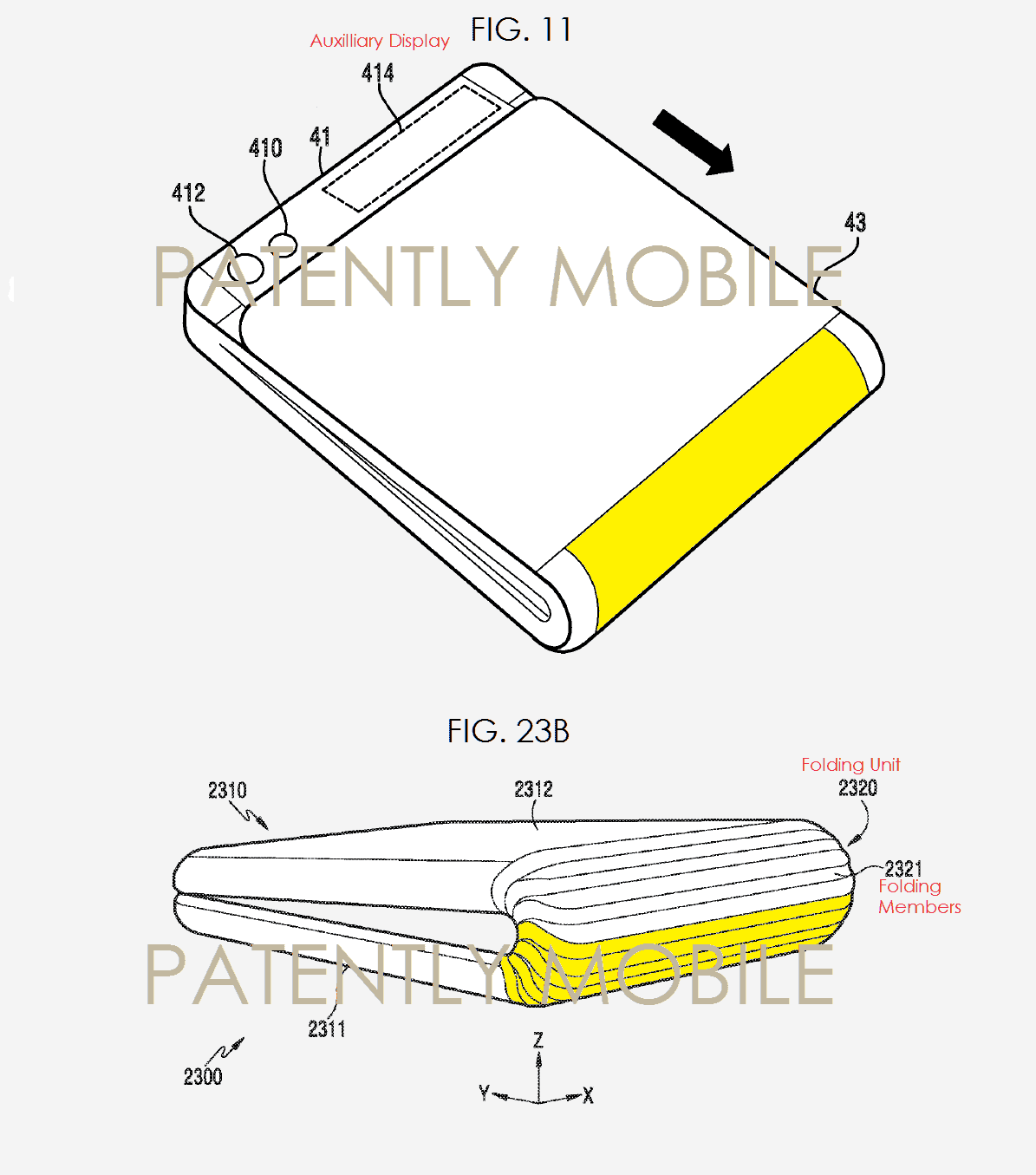 Samsung has been throwing design patent applications at the wall to see what sticks in a number of areas lately, and one such area is foldable smartphones. Samsung’s portfolio of folding phone designs is already plenty thick, and a new one, put out in May and recently approved by the US Patent Office, points to a feature-rich design centered around a mutli-part hinge resembling a nautilus shell, not unlike Microsoft’s Surface Book. Interestingly, the same batch of patents also contains a design for an AMOLED TV with a screen that can be rolled up like a scroll, making for a large-screen television that could actually be considered marginally portable.

The new smartphone hinge design cuts a phone almost in half, but not quite at an even halfway through. Phones sporting this design would be able to fold to a deeply acute angle, but not quite flat. The design ends up resembling an old-fashioned billfold wallet when folded up, but with room for a user to slide it down a hair thanks to the aforementioned multi-part hinge. There, they’ll find an auxiliary display and camera poking up from behind the folded portion. The extra display panel looks to be even smaller than the one on the LG V20, but could easily be used for things like time, weather, notifications, and even confirmation that a selfie being lined up contains faces and is in focus, among other possibilities.

A scroll-like design, where a flexible OLED panel rolls up into another part of the design, is already a proud member of Samsung’s smartphone patent portfolio, but they decided to bring it to an interesting place indeed by dreaming up a scrollable television. The TV in question would be a horizontal widescreen display with solid bars on either side that it could recede into when not in use. If an otherwise average TV is about 52 inches diagonally, its height is usually about half of that amount if not less. This means that a scrollable television unit would be incredibly portable compared to a more traditional model. As with any other patent applications, there are absolutely no guarantees that these will ever see the light of day, but if they do, they’ll be Samsung products. 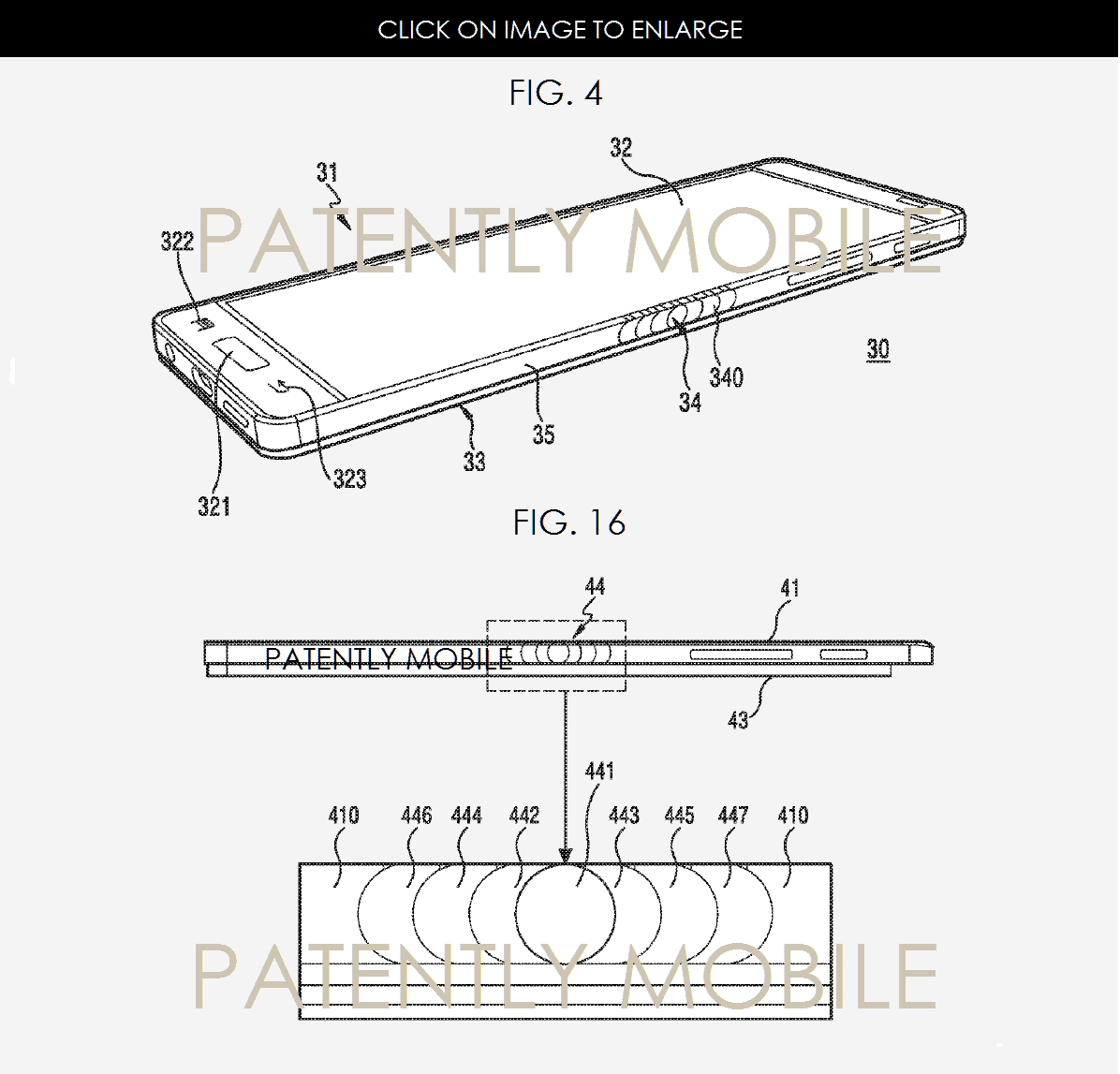 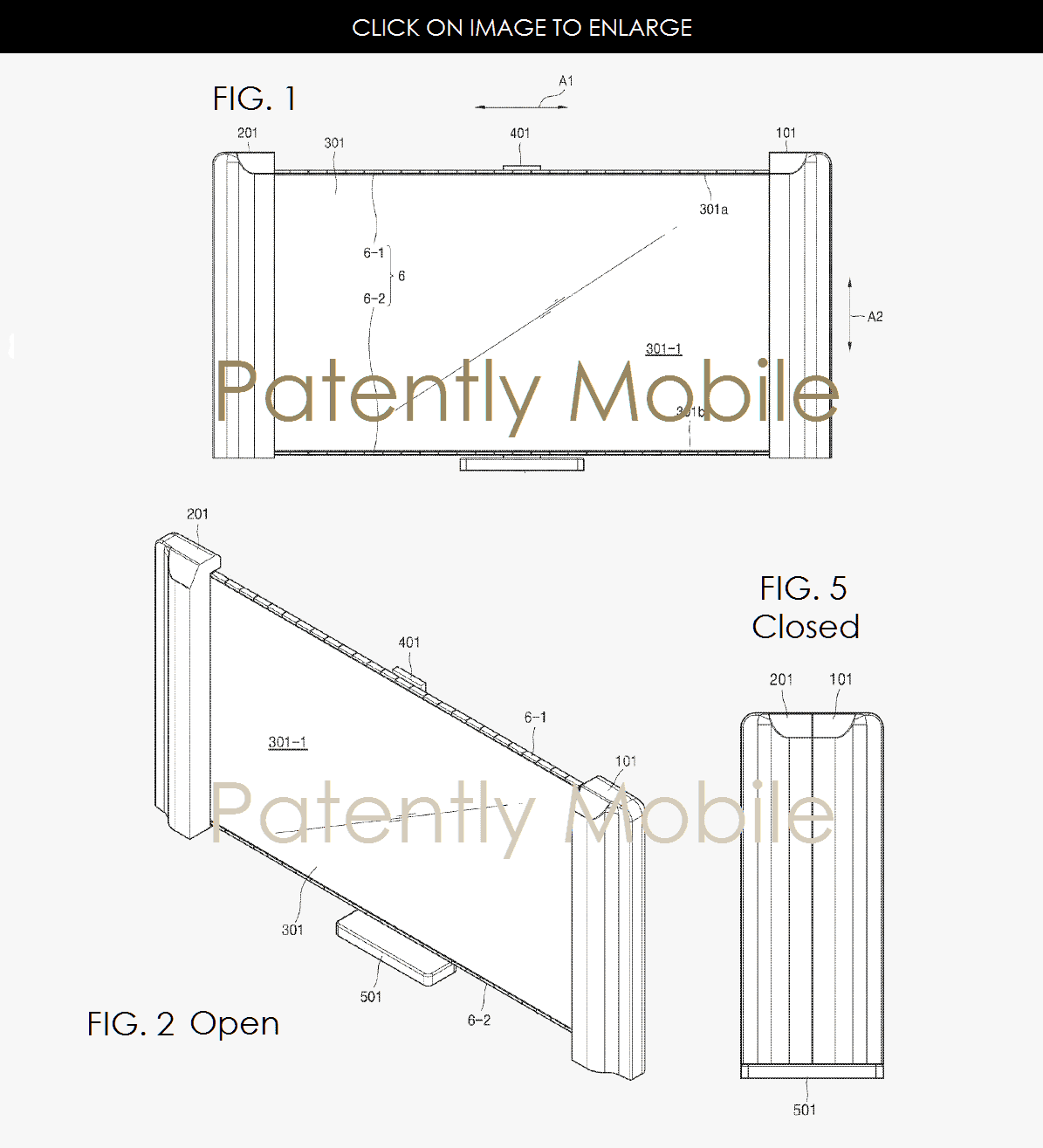 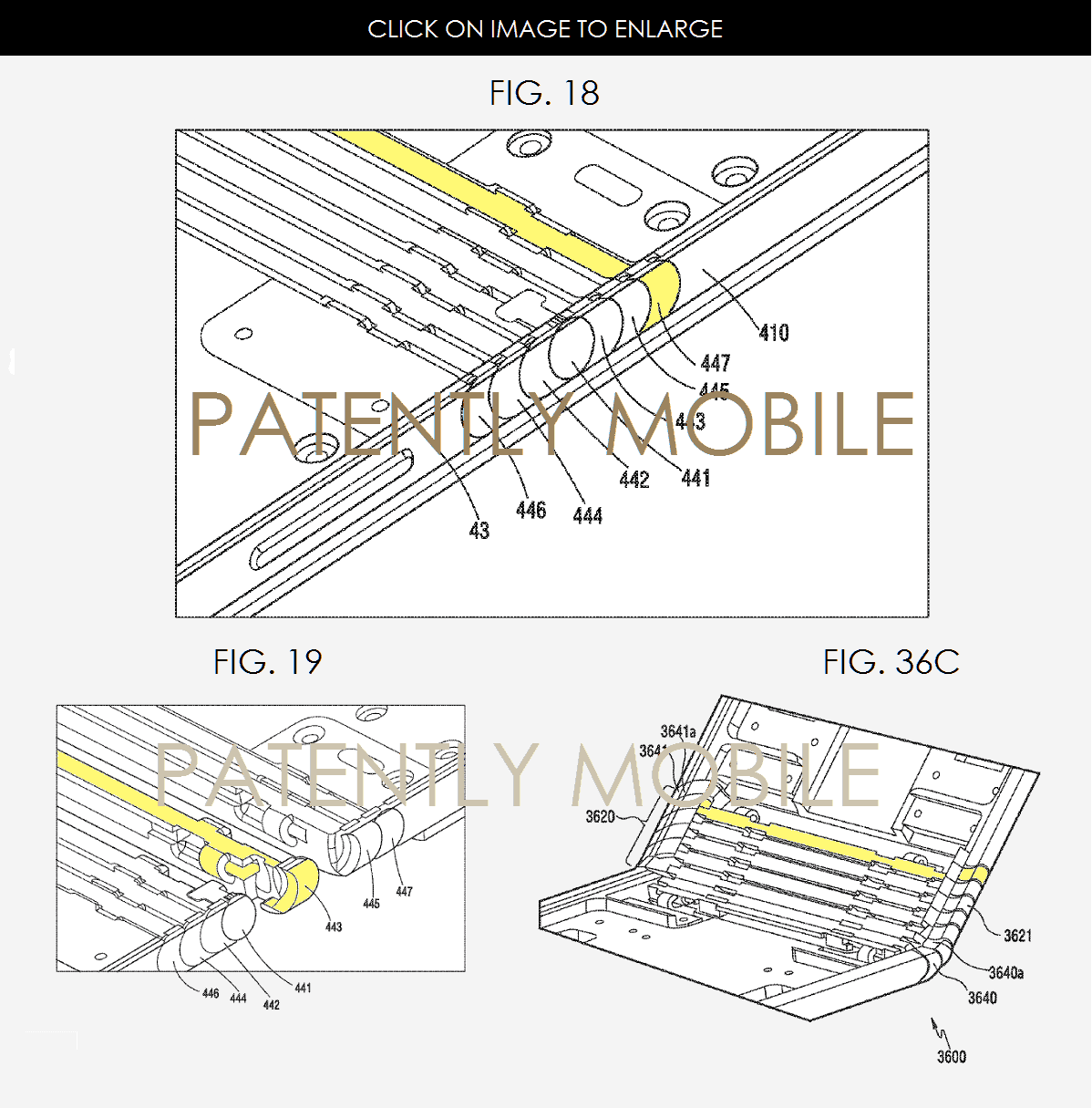 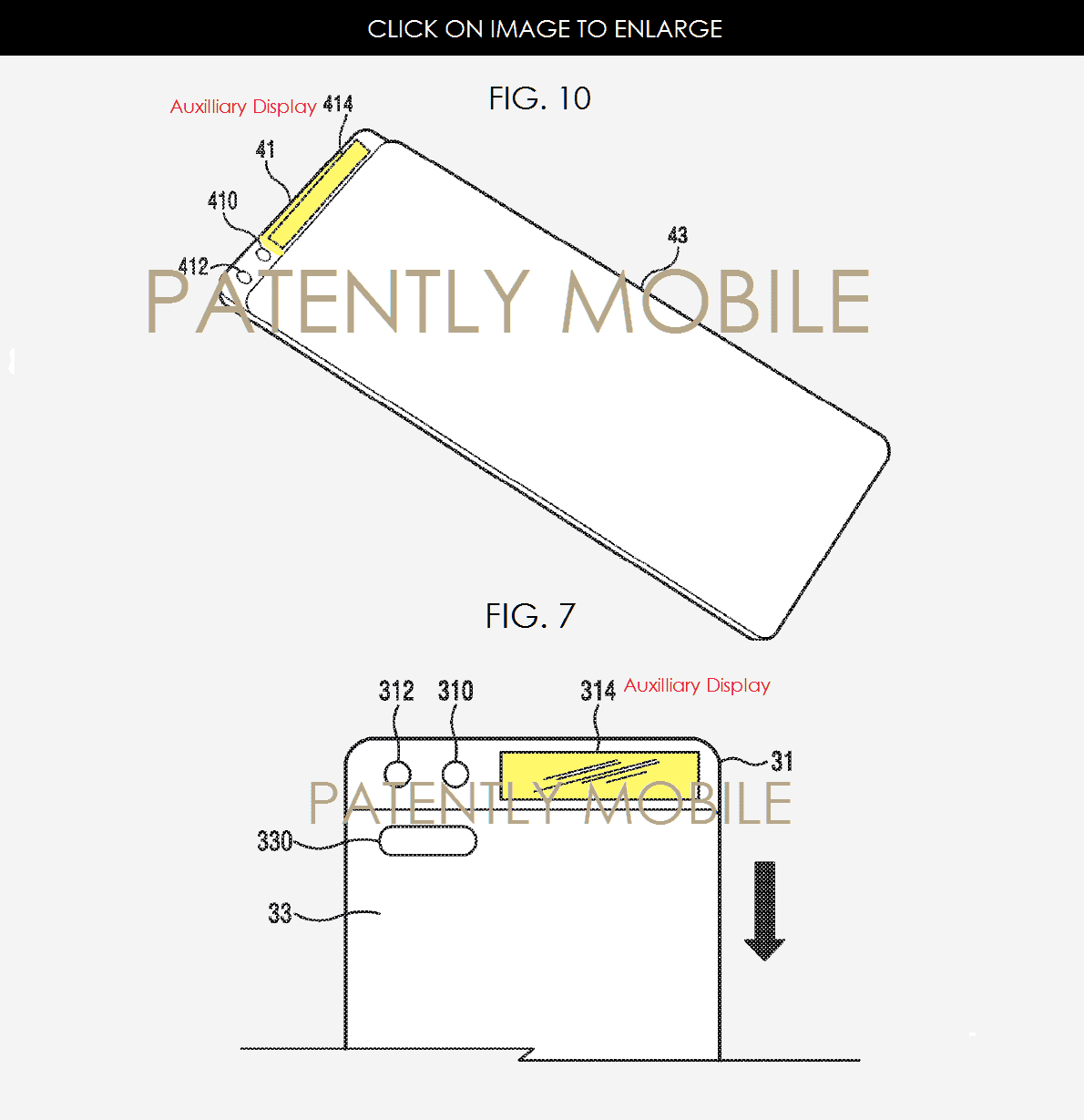 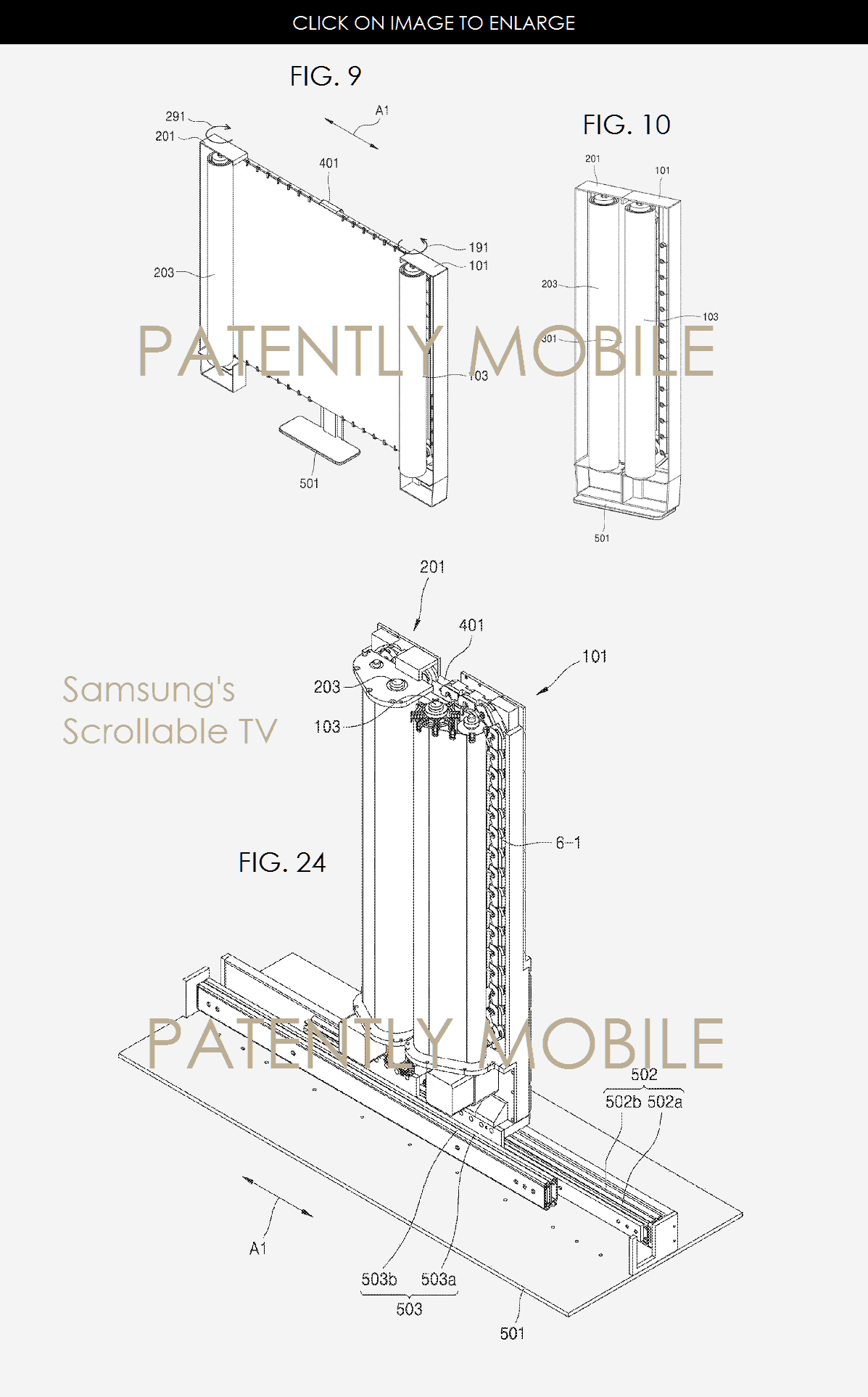