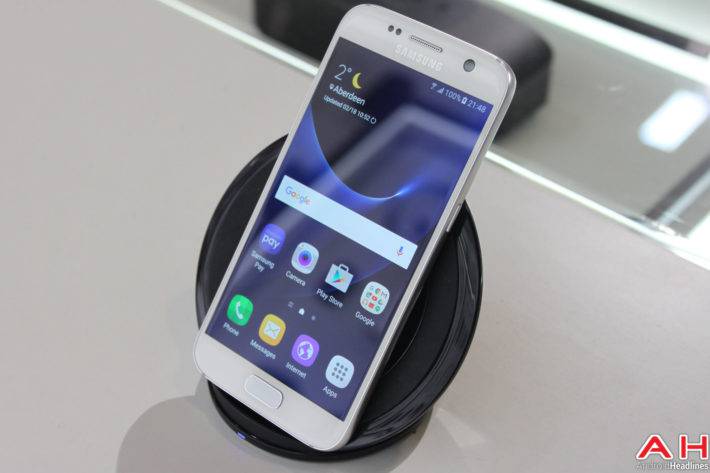 In the world of smartphones, there is one constant throughout size, make, model and platform and that’s that they all need to be charged via a cable of some sort. Whether or not that’s a Lightning cable, a USB Type-C connection or good-old microUSB, all smartphones need to be charged somehow, and the majority of them still do so via a USB cable as their primary source of power. For years now, wireless charging has steadily been taking off, Google themselves were one of the first to push the technology with it included in the Nexus 4 and Nexus 5 smartphones, as well as the Nexus 7 (2013) tablet. Since then, however, the only big manufacturer really pushing wireless charging has been Samsung. Back in 2015, Samsung launched the Galaxy S6 and Galaxy S6 Edge with wireless charging as standard, and the Galaxy S7 series followed suit this year. Now, reports are that Samsung is to take things even further next year with the Galaxy S8.

Wireless charging in the Galaxy S7 and Galaxy S7 Edge is super-easy to understand and use, with Samsung packing in support for all major standards, as well as including faster wireless charging, provided the user has the right sort of charging pad, of course. Reports point to the inclusion of three wireless charging coils inside of the next Galaxy S flagship, which might not provide quicker charging than the 15W already supported by the Galaxy S7 series, but it will be more convenient. With more coils inside of the phone itself, there’s a larger area that the phone can receive power from, which means that it’s not necessary to get the exact spot on the charger itself, making it more convenient for users looking to quickly charge their devices overnight, or for a quick top-up on their desk.

Considering that battery problems were what caused the Galaxy Note 7 to explode and cause damage to people and property alike, the South Korean giant will have to be careful to make sure that they thoroughly test this new feature prior to launch, which, according to a recent report from the Wall Street Journal, is exactly what Samsung plan on doing. Even if that means some sort of delay as a result.