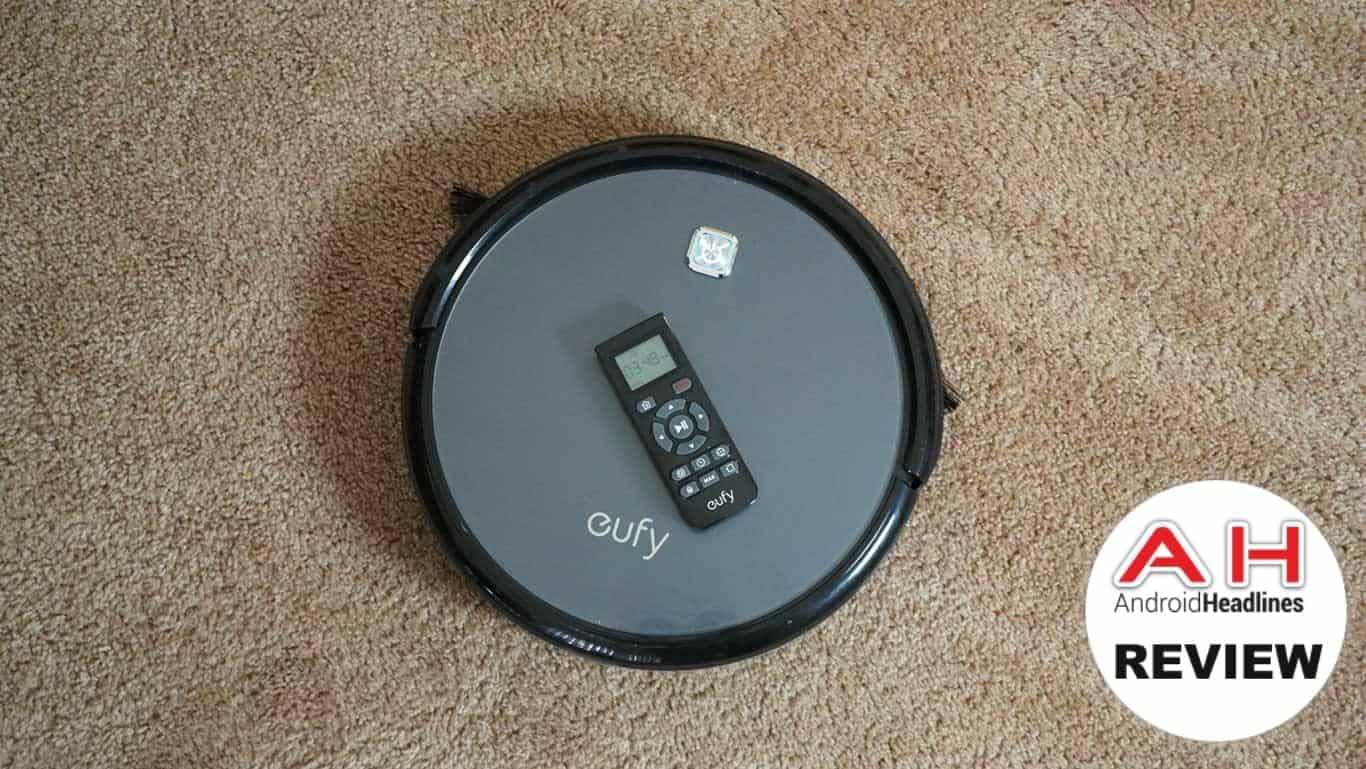 When it comes to home automation, a vacuum that can automatically clean the house is probably the most exciting thing. No one likes to vacuum, but it's one of those things that need to be done – since no one wants to live in a dirty home. There are many robot vacuums available already, including a few from Neato and iRobot, but Anker's new 'Eufy' brand also has a few robot vacuums available. Much like Anker's other products, the RoboVac 11 is fairly cheap, in fact it's available for a fraction of the price of other robot vacuums on the market. Coming in at just $219. With a lower price, this also means that a number of features you'd find on the higher-end vacuums, are not available. For instance, there is no app, instead there is a remote powered by AAA batteries. At $219, is the RoboVac 11 worth the price? Let's find out. 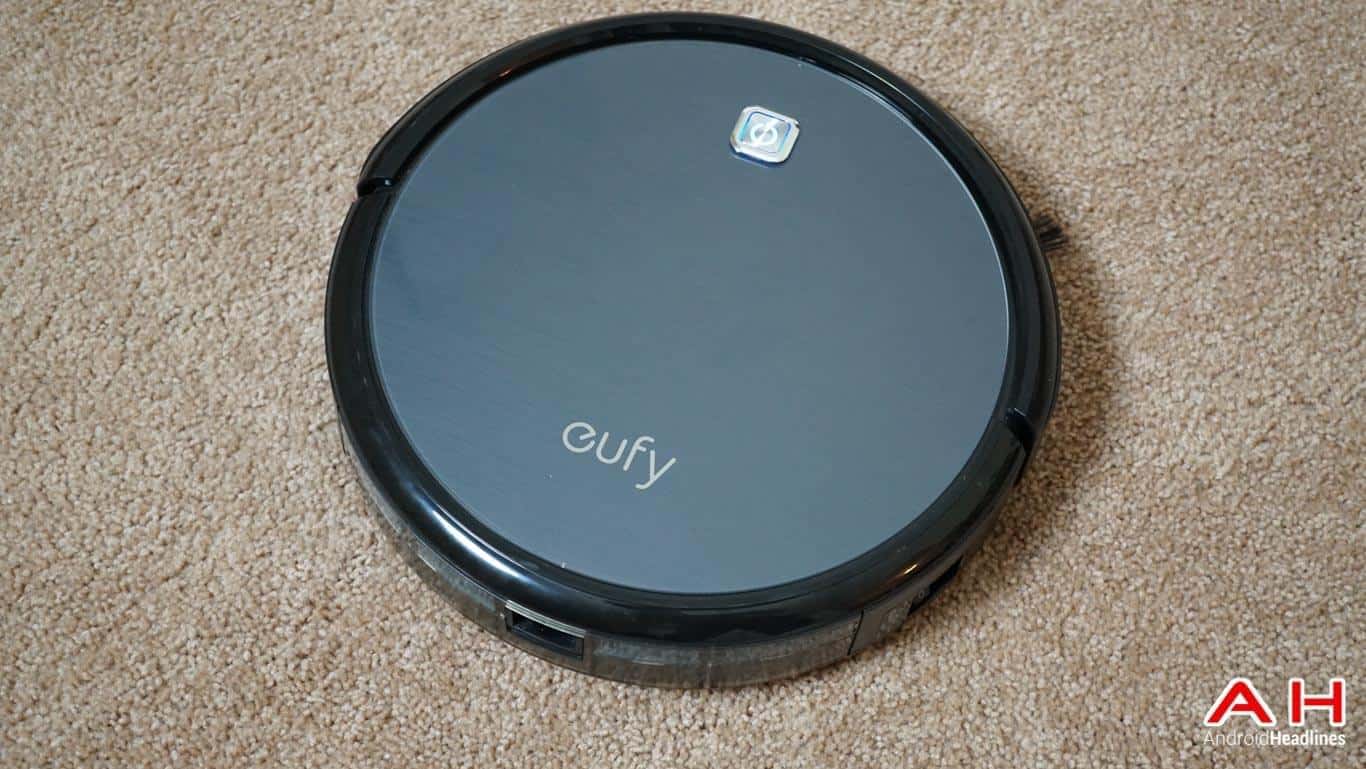 Design-wise, the RoboVac 11 looks similar to just about every other robot vacuum out there. It's a round vacuum, with bumpers all around it. These are great because the RoboVac 11 does tend to run into things from time to time, and this way it doesn't cause any damage to the actual vacuum. On the top of the RoboVac 11, all you'll find is a power button and the "Eufy" logo. The power button will normally glow in blue. This happens when it is charging, just sitting somewhere or actually working to clean your home. If it turns red, it means that it needs attention. Typically either because the battery has run low, or because it has sucked up something it shouldn't have, like a cable or something similar.

The bottom-side is where all the magic happens. There are three wheels here, with the front one being the directional wheel. Two brushes near the front of the vacuum and then the dirt bin towards the back. The bin can hold a decent amount of dust and trash, but should be emptied somewhat often, so you don't run into issues with your RoboVac 11. There is a filter included there that you can clean out with some water as well.

Overall, the vacuum weighs about 6.7 pounds, which is pretty light, and for the most part you won't be carrying it anyways. Shipping, the package will weigh in at about 9.3 pounds. Which is due to the packaging and the dock that charges the vacuum. The dock connects to the vacuum using the connectors on the bottom of the vacuum, near the front and basically charges wirelessly. The RoboVac 11 does have the ability to automatically go back to its dock when it's done though, which is a cool feature. 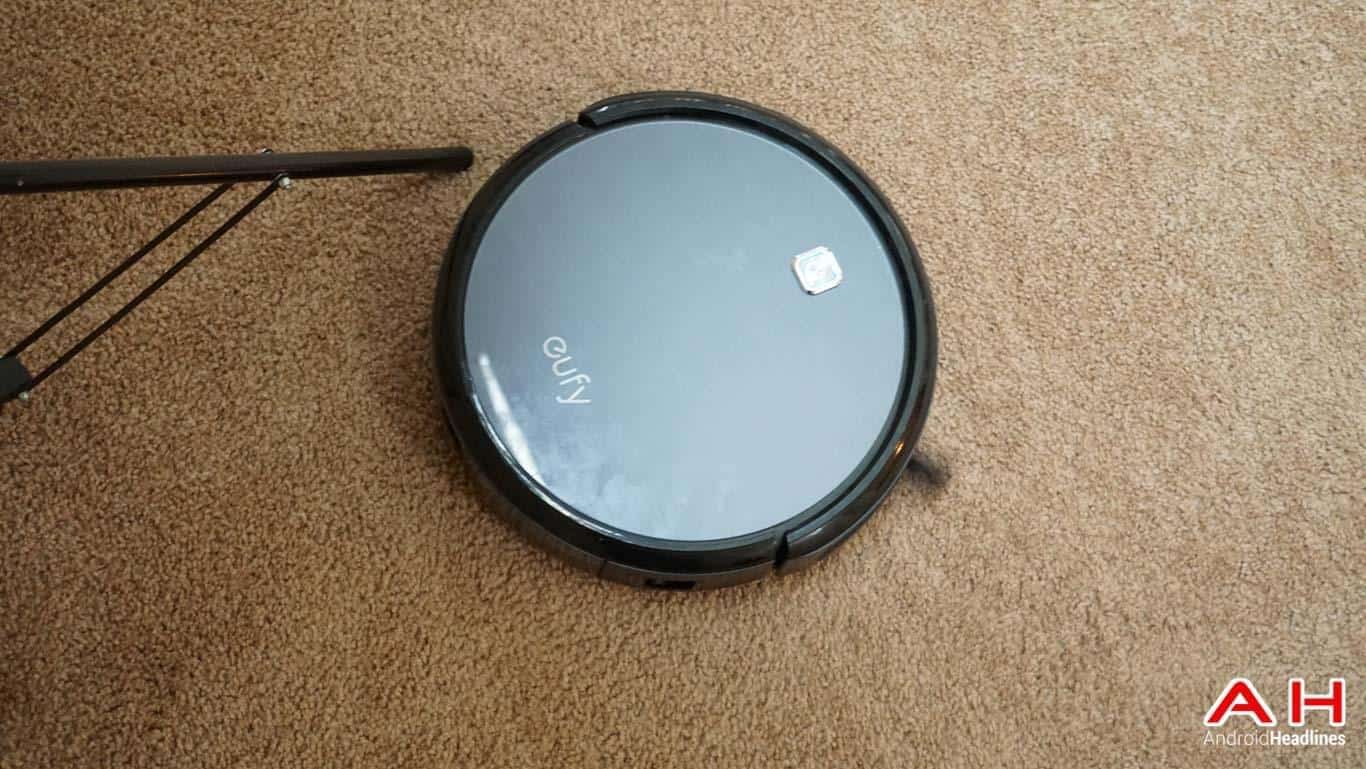 With this being a somewhat lower-end vacuum, you wouldn't really expect the navigation to be as good as other robot vacuums on the market, and our expectations were mostly true. The RoboVac 11 doesn't seem to really have any sort of pattern that it uses to clean a room or home, but it does seem to get everywhere. It has an infrared sensor on the front, which helps it find out when it's getting close to another object. It works fairly well, but some objects it has trouble finding. For instance, it often runs into the legs of my desk, but the legs on the dining room table are no issue. For the most part, you don't need to worry about it running into walls, doors, and furniture, but it's not perfect.

Once the RoboVac 11 gets near something that it doesn't want to run into, it will begin to turn until the infrared sensor doesn't find anything else nearby. It does sometimes have trouble getting out of tough spots – for instance it got stuck under my desk a few times, and couldn't find its way out. But for the most part, it's able to get into the small spots that most up-right vacuums wouldn't be able to get into. 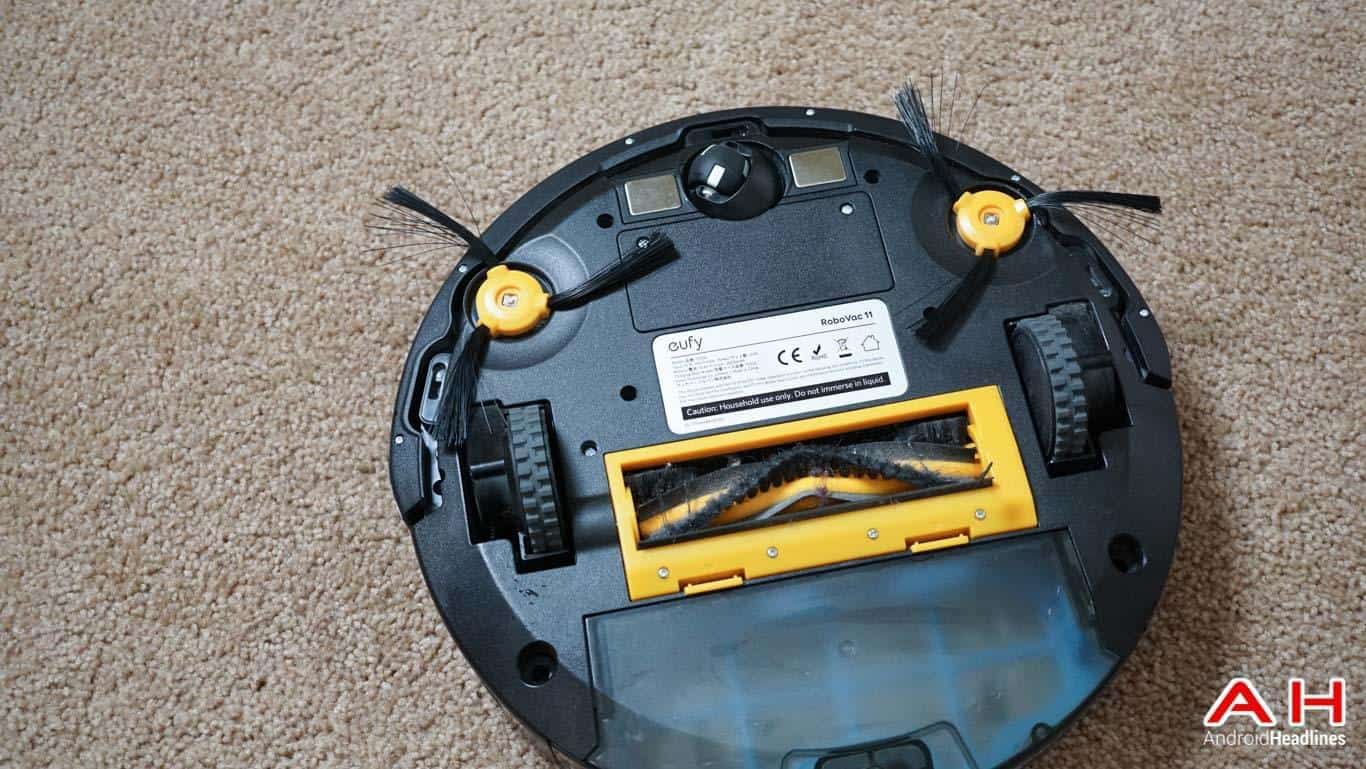 One of the big features of a robot vacuum is the fact that it can automatically clean rooms and such. Meaning you can schedule it to automatically clean your home at specific times and on specific days. I set it to clean up at night while I'm asleep, since the vacuum is pretty quiet, it doesn't wake me up, but my apartment is nice and clean when I wake up. Eufy also has a 3-point cleaning system here which has a combination of counter-rotating side brushes (which are replaceable, in fact Eufy includes two extra ones in the box) along with a rolling brush and powerful suction. This way it gets everything up, without you needing to pull out a "real" vacuum and finish the job.

Getting the RoboVac 11 started is pretty easy. All you need to do is press the power button. It'll sound a tone to let you know it's getting started and it'll do its thing. It's pretty simple. You can also turn it on using the remote – which we'll talk about more in a little bit. It'll keep going until it runs out of juice, snags on something like a cable, or you turn it off. Unfortunately, you will need the remote to get it to go back to its base automatically.

There's no complaints here on the way it cleans, it does its job, even if it does take a bit longer than a traditional vacuum. But that's not really a problem, since you aren't actually vacuuming, it's doing it all on its own. Now while this is meant for carpet, the RoboVac 11 did find its way into my kitchen and bathroom, two rooms that are hardwood and tile respectively. It cleaned those rooms just like it did the rest of my apartment. So it can really clean your entire house, but there are some areas that it'll have trouble, like behind the toilet. 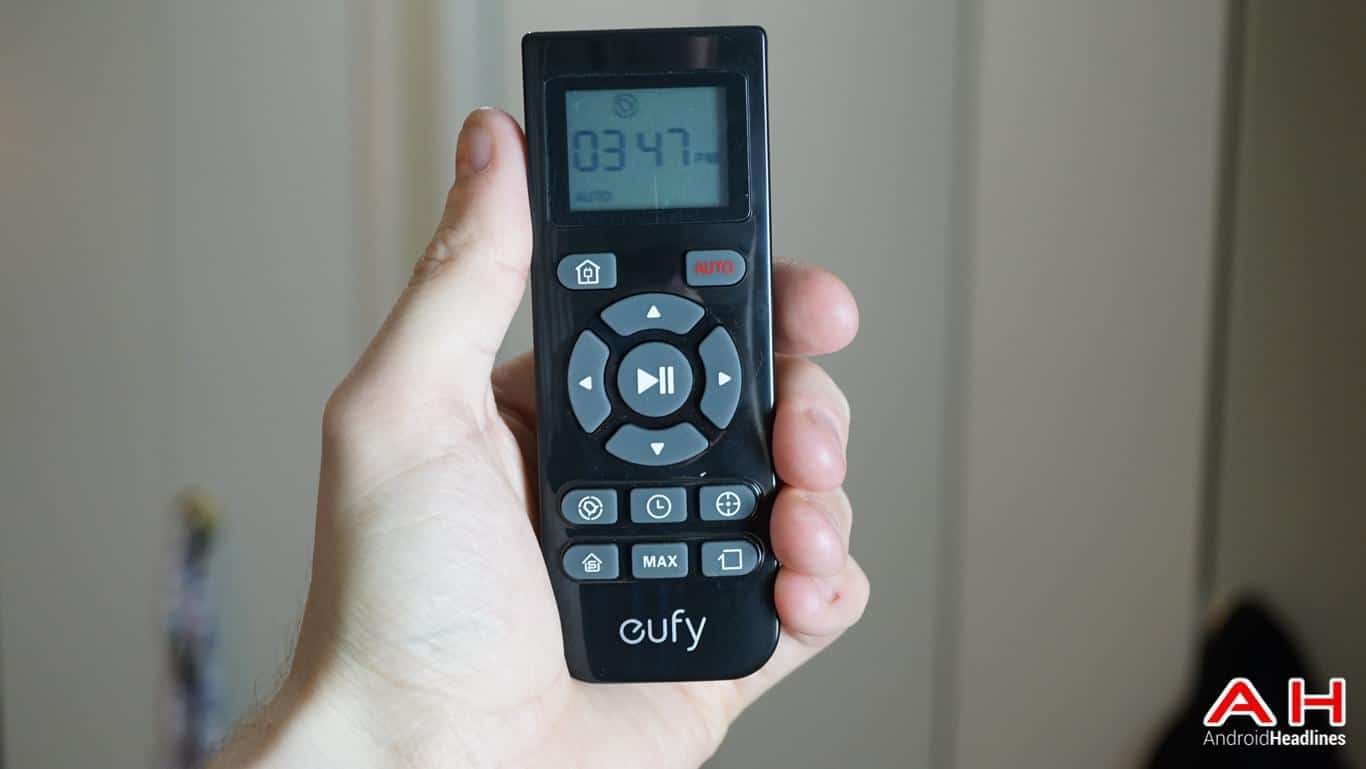 Unfortunately, the RoboVac 11 does not have an app on Android or iOS, like competitors from iRobot and Neato have, but there is an included remote which works fairly well. It is powered by two AAA batteries, which are not included in the box. So I did need to go hunting down a couple of batteries to be able to use the remote. The remote does have a small LCD display, which shows you the time, as well as whether the vacuum is plugged in (and charging) and if there's a schedule for when the RoboVac 11 should be cleaning.

Most of the buttons on the RoboVac 11 remote are pretty much self-explanatory. There's a button to tell it to return to its dock. Another one for auto cleaning and then there's a D-Pad for controlling where the vacuum is going, as well as pausing and starting the vacuum up again. Using the remote control, you can also set up a schedule for it to clean. You can opt to have to turn on the scheduling feature or leave it off. So you can have it cleaning at 8AM today, but maybe not tomorrow, if you don't need it for tomorrow.

The remote is pretty simple, there's really no bells or whistles included in the RoboVac 11's remote, and there really doesn't need to be. Remember, you're paying a fraction of the price of the other robot vacuums on the market, so you're not going to get all the same features as its competitors. 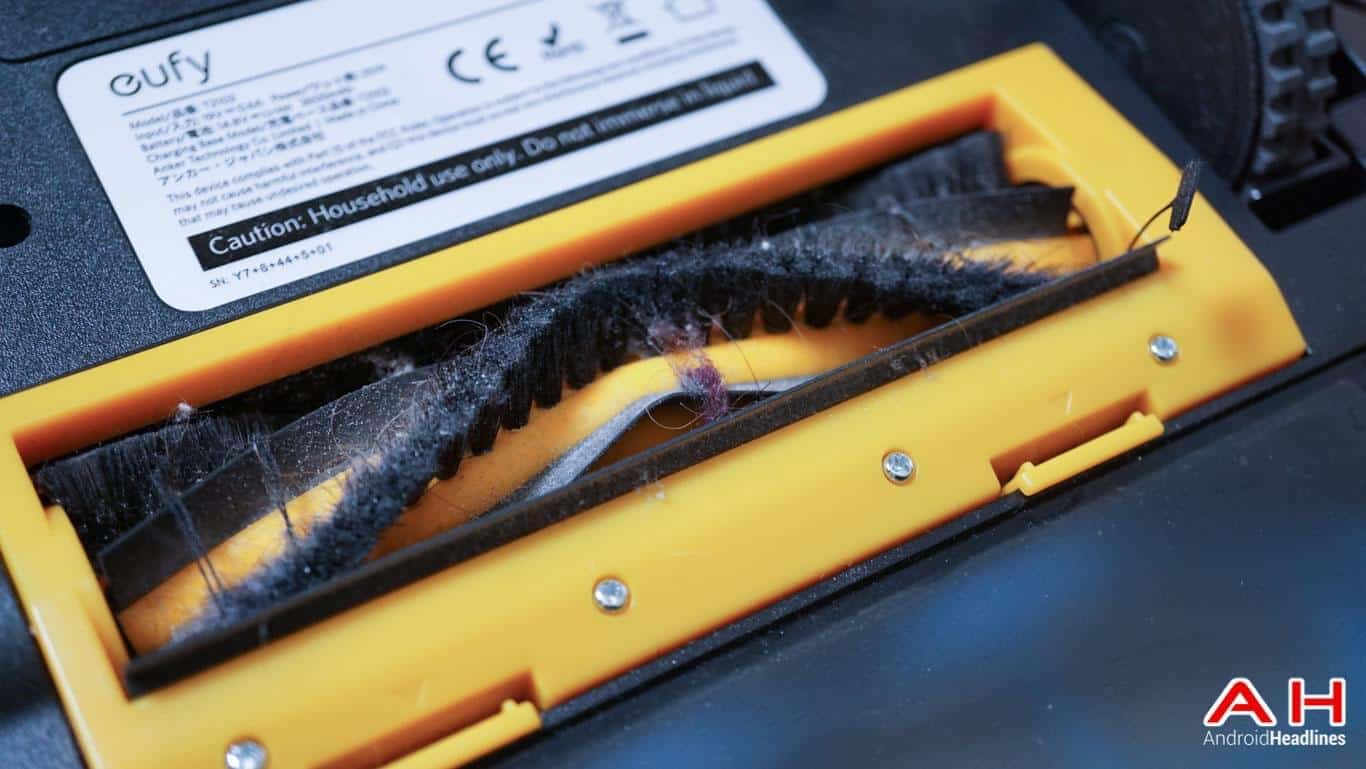 Keeping up with the RoboVac 11 is pretty simple, all you need to do is empty out the dust bin from time to time and make sure the filter stays nice and clean. If something happens to one of the brushes, you can simply pop it off and replace it with one of the ones included in the box. It really doesn't get much easier than that.

Since the battery does only last about an hour and a half – which is pretty impressive, to be honest – it's a good idea to keep the RoboVac 11 on the charger when you're not using it. So that it is fully charged the next time you need to use it to clean up a mess or just keep your place nice and clean. 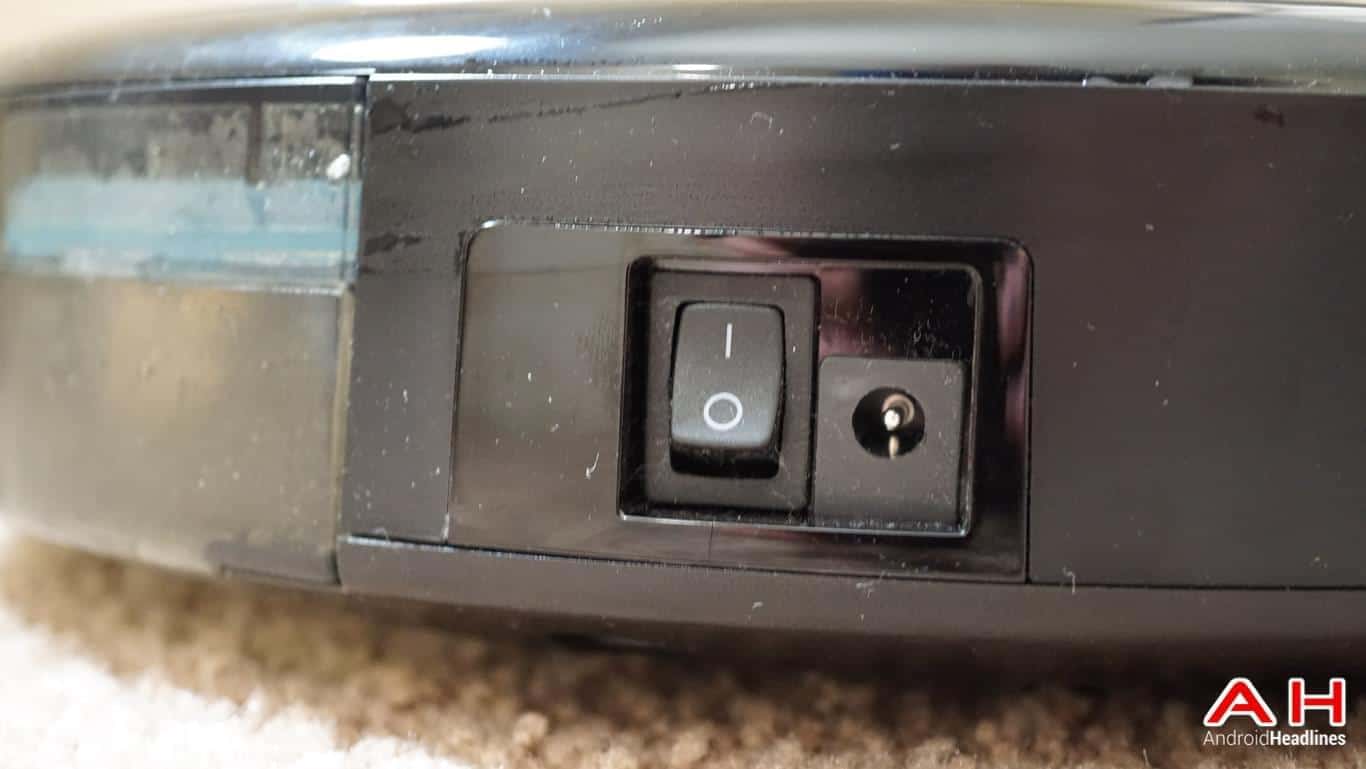 Robot Vacuums are not cheap. The majority of them start at a price of over $500, and for most people, that's a whole lot to spend on a vacuum. And that's where Eufy has the advantage, coming in with a price tag of just $219, it's about half the price of most of its competitors. And it does the same job as other robot vacuums, just without some of the extra features that makes these robot vacuums a bit more fun. The Eufy RoboVac 11 is a great robot vacuum to pick up and use, especially if you are unsure of how well a robot can vacuum your home.

Should you buy the Anker RoboVac 11?

If you're interested in home automation and robot vacuums, then the RoboVac 11 is a great place to start. Since it has a relatively low starting price, it's a great "beginner's" robot vacuum. Seeing as it can keep your home home clean and has great battery life, there's just about no reason not to pick one up, especially before the holidays.

Buy the Eufy RoboVac 11
Advertisement
Trusted By Millions
Independent, Expert Android News You Can Trust, Since 2010
Publishing More Android Than Anyone Else
32
Today
32
This Week
140
This Month
4125
This Year
105602
All Time
Advertisement