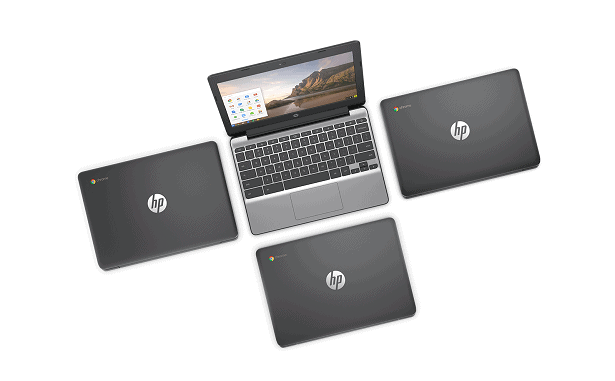 Google announced Google Play Store support for select Chromebooks back at Google I/O earlier this year to open up millions of Android apps to Chrome OS users and we've already seen a handful of Chromebooks getting this neat functionality of being able to run native Android apps on Chrome OS. Now, it looks like one more Chromebook is ready to join the list of the Play Store compatible Chromebooks as the HP Chromebook 11 G5 is reportedly getting the Google Play Store support in the developer channel of the Chrome OS. As already mentioned, the feature is still in the Dev channel and so those running on the Beta or Stable channel of Chrome OS will likely not see any changes.

If you're rocking an HP Chromebook 11 G5 and want the Google Play Store on your device, you will need to be on the Dev channel as currently the feature only lives there. To hop into the Dev channel on Chrome OS, you will need to change your channel from the Stable to Dev channel; To change the settings, follow these steps: first head over to your settings, scroll to About Chrome OS, then go to More Info, click on the Change Channel and select the Dev channel from the list. That's it; you should soon get the Play Store rolled out to your device with a new software update. Keep in mind that since the feature is in the Dev channel and not on the Stable channel, things might not be as smooth as you might have hoped; also, Dev channel builds often contains plenty of bugs and that could break your app functionalities or create problems during your normal course of operation.

Speaking of the other devices, ASUS C301SA, Samsung Chromebook 3, Dell Chromebook 13, and HP Chromebook 13 G1 are already enjoying the Android apps via the Google Play Store in Dev channel, and adding the HP Chromebook 11 GP to the list will take it to the five devices which are currently having the Play Store feature. There is no saying about when the feature will leave the Dev Channel and make its way to the Stable Channel but now that feature is already live in the Dev Channel, you could expect it to roll out in the Stable Channel by early 2017, but again, that's just a speculation.

Advertisement
Buy the HP Chromebook 11 G5
Advertisement
Trusted By Millions
Independent, Expert Android News You Can Trust, Since 2010
Publishing More Android Than Anyone Else
45
Today
45
This Week
46
This Month
4811
This Year
106288
All Time
Advertisement