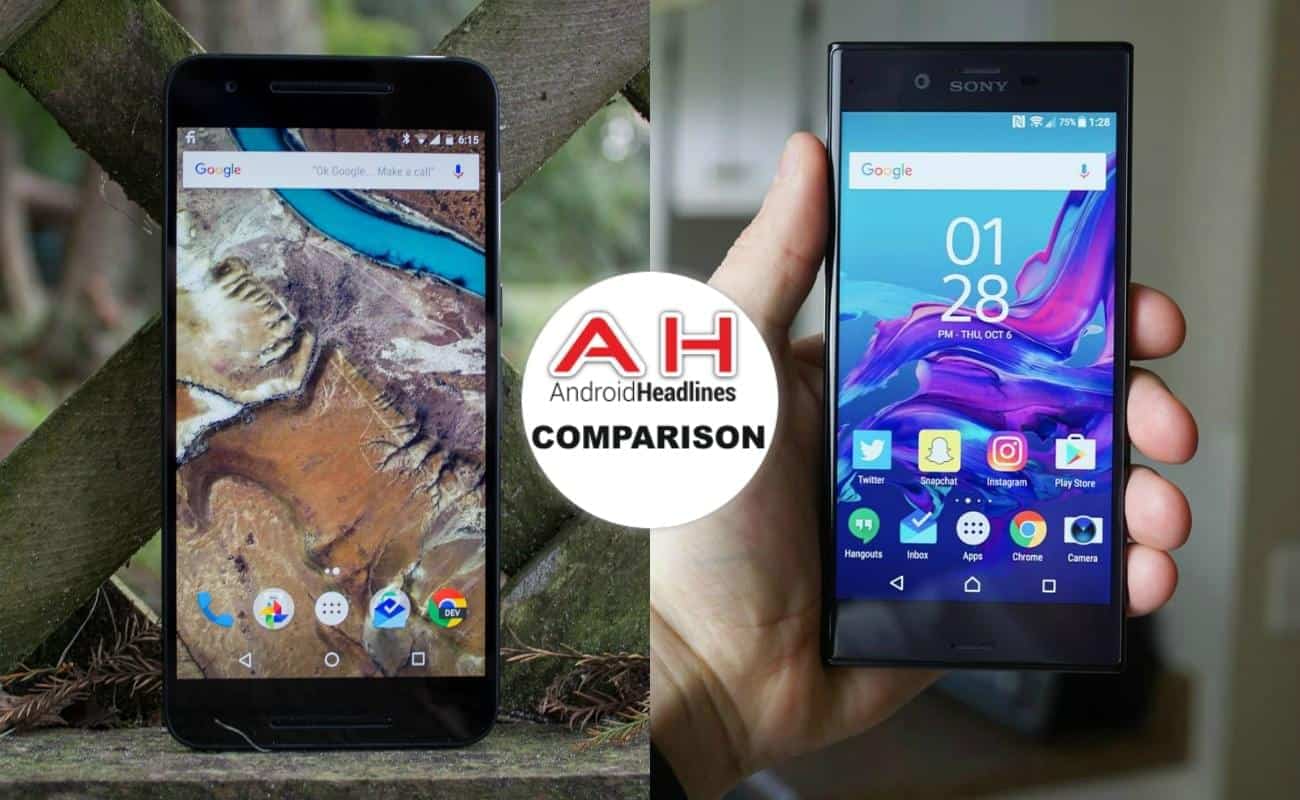 Do we have a good one for you today – the Huawei Nexus 6P takes on the Sony Xperia XZ. Is it possible that the last, best, phone of the Nexus lineup can stand up to the Xperia XZ? Both of these devices are all-metal, although the Nexus 6P has a much better feel to it and better looks than the Xperia XZ. The Nexus 6P turned out to be one of the most popular Nexus devices – more expensive, but certainly a premium flagship in every respect. It is the last Nexus model before Google replaced it with their Pixel lineup. The Sony looks like Sony’s of the past with rectangle shape and large bezels. Let’s look at just what these two devices have in common, if anything, and then we will take a closer look at each one in hopes that we can determine a winner of this comparison.

Last year, the Nexus 6P was the flagship Nexus device currently available – it was truly the first Nexus device that could hold its own against the Samsungs and LGs in the marketplace. Nexus buyers expect a smartphone with decent specs and a reasonable price, and the Nexus 5X is for those folks. The Nexus 6P is all-metal, with high-end specifications, and a higher price tag for those buyers that always wanted a Nexus smartphone, but also do not mind paying extra for better specifications. It looks premium in any one of the four colors – Aluminum, Graphite, Frost, or Matte Gold. Who says you cannot enjoy pure Android on a premium smartphone?

The Nexus 6P sports a large and beautiful 5.7-inch QHD AMOLED display with 2560 x 1440 pixels of resolution with 518 pixels-per-inch (PPI.) Because Qualcomm was having heating problems with their original Snapdragon 810, Huawei went with a revised edition, v2.1 that supposedly fixed those issues. It is an octa-core processor with one quad-core clocked at 1.55GHz and one quad-core clocked at 2.0GHz. It is packing 3GB of DDR4 RAM with a choice of 32GB, 64GB, or 128GB of memory – there are no means to expand.

Huawei knows the importance of a great camera in a smartphone, and the Nexus 6P is no exception. It has a 12.3MP sensor, laser autofocus, an aperture of f/2.0, and a dual-tone LED flash – but still no OIS. For the front-facing camera (FFC) the Nexus 6P uses a large 8MP sensor for those important social media selfies and video chatting. It relies on a large 3450mAh non-removable battery for its power and comes with a rapid charge feature via its Type-C plug.

The Nexus 6P, like the Xperia XZ, does have dual front-facing stereo speakers for a great sound. It is running pure vanilla Android and will be the first to receive the new software upgrades – such as it did with Nougat. The Nexus 6P has a fingerprint sensor and was sold through the Google Store as an unlocked device usable on all major US networks. Pricing is at only $550 for the 64GB model and offers an excellent value. With the new Google Pixel models available, the Nexus 6P and Nexus 5X are no longer available from the store.

Sony’s latest, the US model Xperia XZ does not even have the software for the fingerprint sensor to work. That means no mobile purchases authorized by your fingerprint or even the pure pleasure of unlocking your device. By flashing the UK firmware to the US Xperia XZ, you can use the fingerprint sensor – something you should not have to do on a flagship phone sold in the US. After a long history of using metal and glass, the Xperia XZ uses an all-metal backing. Nobody will mistake the Xperia XZ as anything but a Sony smartphone. It retains the familiar Sony rectangle shape with its large top and bottom bezels. Let’s see how it stands up to the year old Nexus 6P.

The Sony Xperia XZ is still using an IPS FHD display of 5.2-inch with a resolution of 1920 x 1080 pixels with 424 PPI. Sony did do an excellent job in selecting the 64-bit Snapdragon 820 quad-core processor with dual cores clocked at 1.6GHz and dual cores clocked at 2.15GHz. The Adreno 530 GPU will handle any graphics you can throw its way. It packs only 3GB of DDR4 RAM (another Sony trait), and this matches up to the 3GB in the Nexus 6P. You can have your choice of 32GB or 64GB of expandable internal memory.

One place Sony has always excelled is their cameras and lenses, and this shows in the Xperia XZ’s camera area. The Xperia XZ sports a new 23MP Sony lens for its primary camera with an aperture of f/2.0, 24mm, phase detection autofocus (PDAF) and laser autofocus, and LED flash – Sony still does not use OIS. For its FFC it uses a huge 13MP sensor with a f/2.0, 22mm, and HDR capabilities to give you great selfies or video chatting. The Xperia XZ uses a smaller 2900mAh non-removable battery with Quick Charge 3.0 to give you a rapid charge when needed.

The Xperia XZ, like the Nexus 6P, comes with its Hi-Res audio and that great sound through dual front-facing stereo speakers. It also comes with IP68 certification for dust and water resistance – something not found on the Nexus 6P. The Xperia bands do not allow it to operate on all major US carriers (only AT&T or T-Mobile) and offering no fingerprint sensor for mobile payments. It measures 146 x 72 x 8.1MM and weighs in at 161 grams. It comes in Mineral Black, Platinum, Forest Blue, or Deep Pink. It will cost you a sizable $699 for this Sony flagship. 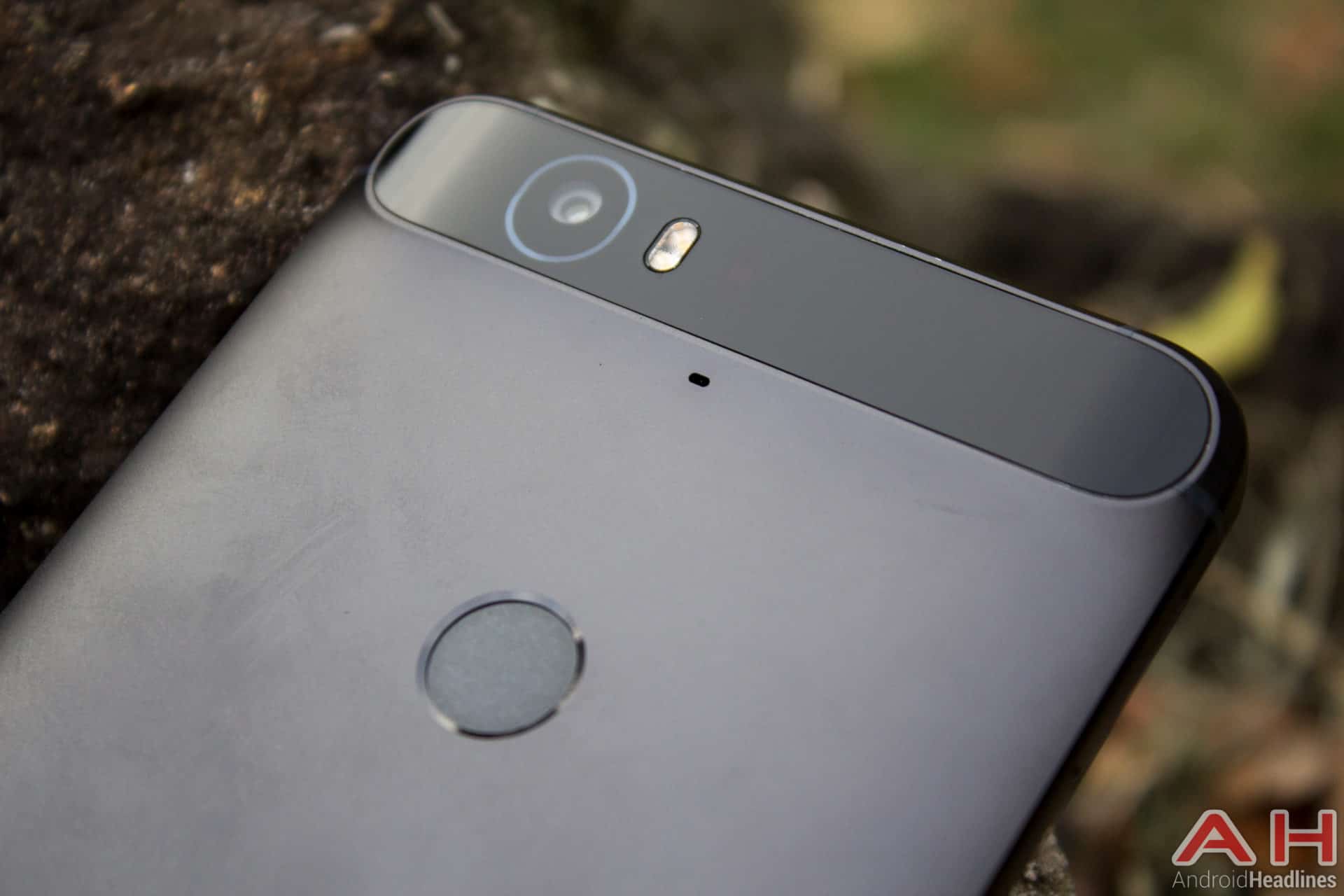 This comparison is an easy one to select – and surprising – the Nexus 6P is the winner of this battle. Yes, I know that the Nexus 6P uses last year’s Snapdragon 810 processor, but it has excellent build quality, it has a larger and better display, a great camera, fingerprint sensor, and ability to run on all major US Carriers. It has a larger battery, runs the latest version of Android and gets the fastest updates, all at the same price makes it an easy pick in my book. No, it does not have expandable storage or IP68 certification, but if you can get over those two obstacles, you may love this device.

The Sony Xperia XZ is a nice little smartphone, but leaving out the fingerprint sensor, which in turn, leaves out the ability to make mobile purchases via the fingerprint sensor – let alone, even the capacity to unlock the device, is ludicrous. It still uses only the FHD resolution and even the metal outside feels ‘plasticky.’ For the price Sony wants for this flagship, they left out way too much to call it the winner.