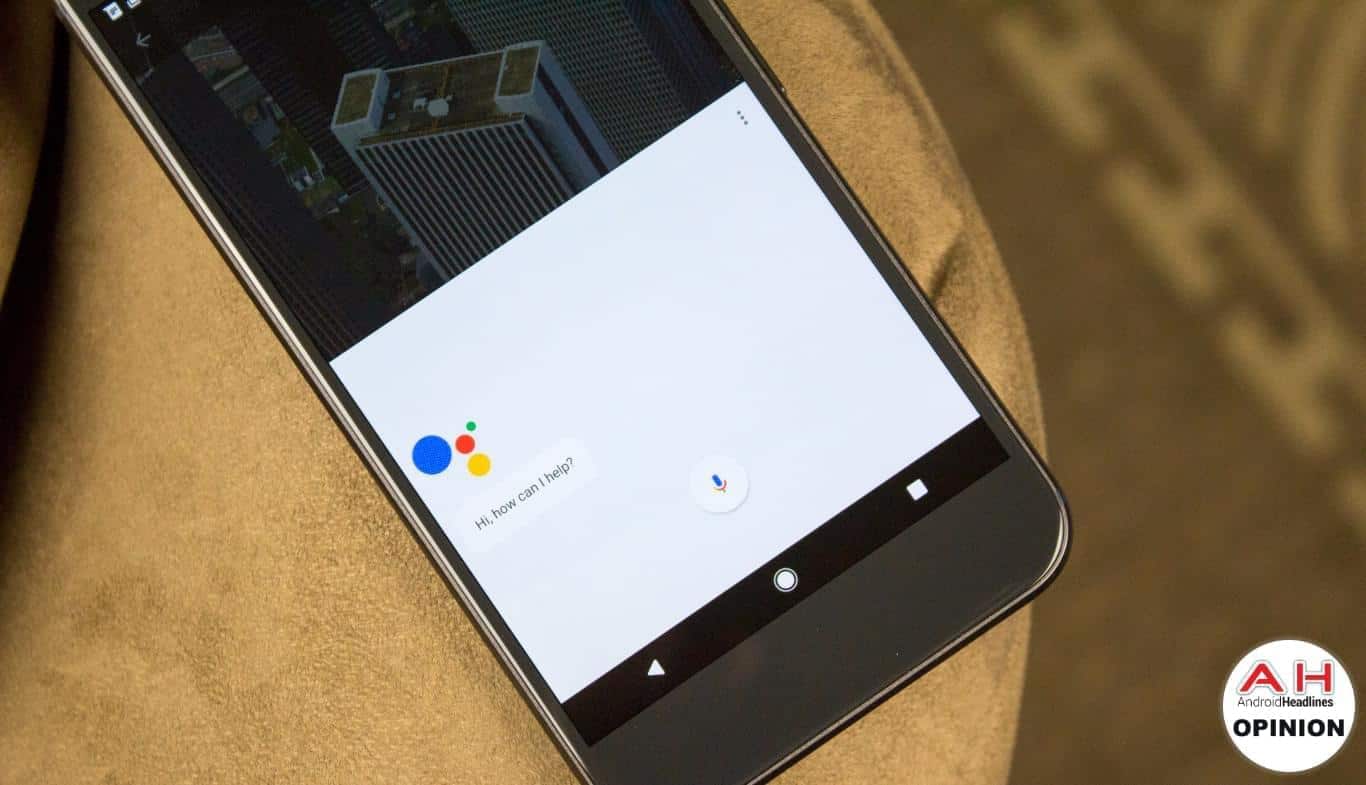 This Fall has been an interesting time in the mobile world, not least due to the fact that Samsung's Galaxy Note 7 has given the media plenty to write about, but also because we said hello to a new range of smartphones from Google, the Pixel and Pixel XL which – depending on your outlook – represent the first smartphones from Google. Given the way that the Pixel and Pixel XL are being marketed and sold to customers, it's not all that difficult to become confused with Google's limited approach. Sure, partnering with arguably the biggest network in the United States is a sound business move, but the Nexus never became popular with a mainstream audience because the average user was unsure of purchasing a device they had never heard of before and didn't have the opportunity to get face time with. If the Pixel and Pixel XL represent Google's first foray into the world of mainstream devices, perhaps it's time for Google to open retail stores.

The elephant in the room whenever we talk about "retail stores" in the technology world is of course, Apple, and for good reason. Apple have turned running your own retail chain into a fine art, and while their devices are available from Best Buy as well, the majority of users buy their Apple products from Apple, via an Apple Store. The first Apple Store was opened towards the end of 2001, and 15 years ago Apple was a very different company back then. Much like Google is doing now, Apple in 2001 became focused at designing and selling products of their own direct to consumers. With the new iMac and iPod putting the firm back on the map after an abysmal period throughout the 90s, the Apple Store first opened doors with few first-party products to offer buyers. The amount of different products didn't really matter all that much, it was Apple's way of saying that they were all about the consumer, and providing the customer service themselves, as well as selling directly to them was all part of that. While Google doesn't seem like a company that's all that consumer-focused, the firm is very much becoming one. The majority of their online products are all geared towards the consumer, such as Gmail, the Play Store, YouTube and yes, Search. Now though, Google sells more hardware than most people realize, and with the launch of the Pixel and Pixel XL as well as the Google Home speaker, Google is starting to craft and sell their own experience. 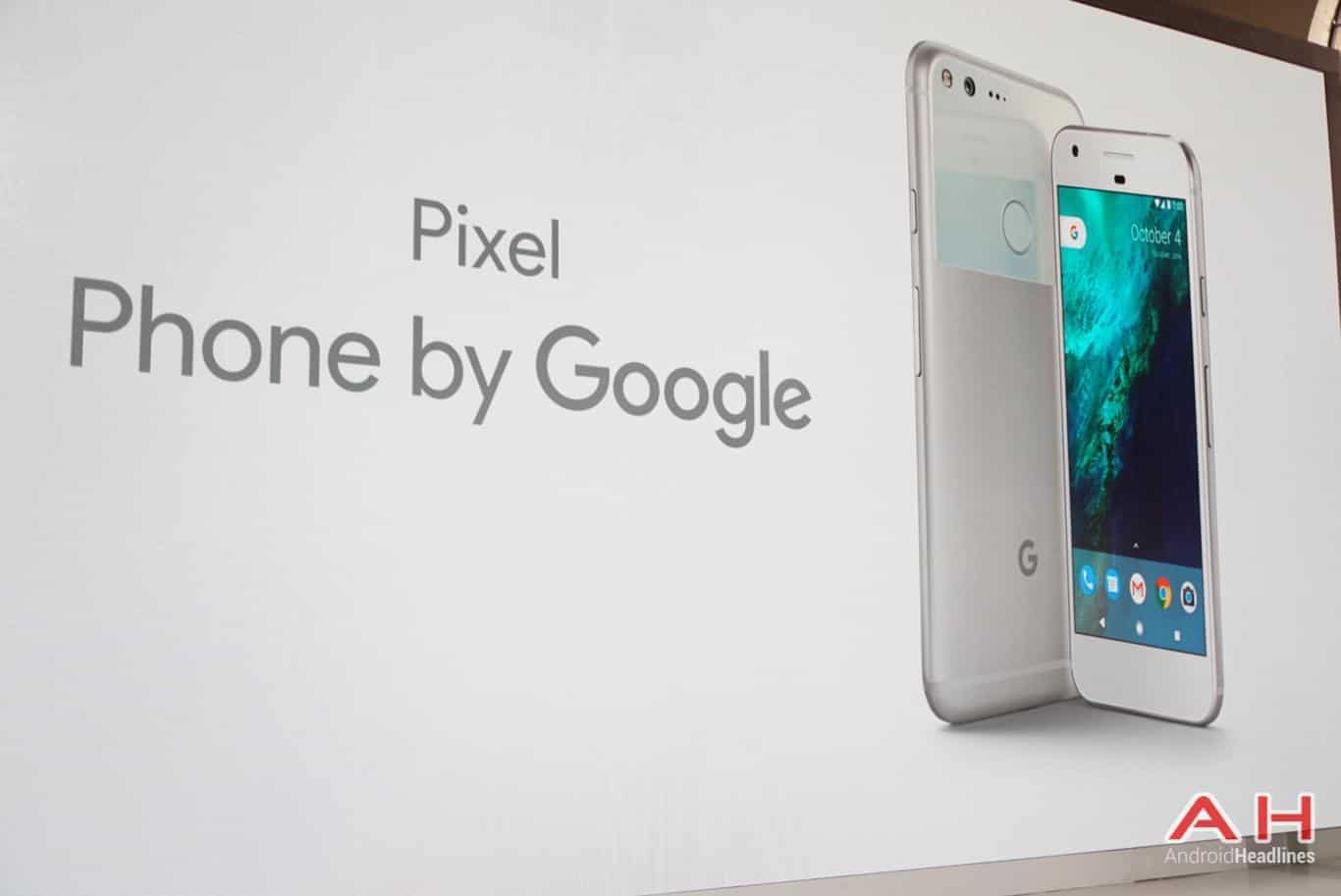 To sell such an experience to customers, a retail store is often a sound business decision. Opening thousands all over the world is something that might not be advisable, but everyone has to start somewhere, and it's about time that Google opened their first. Many will wonder just what a Google Store has to offer to buyers off of the street, and it's not just about selling the Pixel and Pixel XL. Google has the Chromecast range of devices, they have Chromebooks, Android tablets and Google Home to name just hardware. On the software side of things, Google has a myriad of products that the average consumer would love to sign up to, including Google Photos, the new Google Assistant, the Play Store and Android TV. All of these products could be easily demonstrated to users in these stores, and even if someone walks into such a store and doesn't walk out with anything, they will have been exposed to the Google Experience, shown what these products and services mean firsthand, and then perhaps be converted from an Apple or otherwise option.

"Google" is not a name that you would instantly expect to see hanging atop the entrance to a retail space, but neither was "Apple" back in the early 2000's, they were a company that sold fancy computers and the best MP3 player on the market. The Apple Store, along with key products like the iPhone and the MacBook, arguably turned Apple into the consumer company they are today. Nobody thinks of Apple as just a computer company any more, and it would be wrong to think of Google as just an Internet company in this day and age. Microsoft has tried this as well, and while they only have 114 more stores throughout North America, that's 114 more stores than Google has open right now. Microsoft has, for the past few years now, been selling their own hardware under the Surface brand, and along with the Surface Pro, Surface Book and new Surface Studio, the company has a decent selection of products to show off and sell buyers. They also have the Xbox line of products, and can easily use these stores to show off the upcoming Holo Lens technology. All of this hardware needs one important thing that both the Apple and Microsoft stores supply in abundance; support.

Google is looking to sell the Pixel and Pixel XL to average consumers as well as those that have been on the Nexus train for years, but where the latter is happy to accept being without their phone for a while, the former isn't. Programs where a new phone will be sent out prior to you returning the old phone as well as courtesy phones might be in place, but ultimately, having to do a return online is still a daunting task for some people. It can be confusing and frustrating to explain the problem to someone on the other end of a phone, or online chat, and while driving to a store nearby can also be an inconvenience, it's all one more part of the experience. I know countless people who say to me that they stick with their iPhone because if "something goes wrong, I can just drive to the Apple Store." My nearest Apple Store is 45 minutes away. The idea of taking an hour and a half out of my day just to get there and back for a phone sounds ridiculous even to me, but there are average users out there that are more than happy to take this time on the weekend to drive over to the store and spend time getting to know new products while getting the help and support they need.

Some will feel that all of this is too soon for Google, and there's definitely an argument for that, but then when is it ever too early for something like this? Pop-up stores aren't the same thing, and while the NYC store is a good effort from Google, it's ultimately a forgettable experiment that will fade away in a city that's forever moving. Not only that, but pop-up stores are notorious for appealing to an already-captive audience, rather than bringing in new customers. They are an event, and events like these are for enthusiasts not for the average user. The Best Buy side of things is also another admirable effort on Google's part, but again a flawed experiment. Being able to go to a Best Buy and have a look at the phone is great, but then to find out that you can only walk away with one if they're willing to sign up to Verizon or already a Verizon customer. This is a poor decision, why they couldn't also sell the unlocked version in Best Buy is probably due to the deal Verizon presented Google with, but it's a choice that will no doubt confuse and upset a number of willing buyers.

It is early days for the Pixel and Pixel XL, and early days for the Google Home and other Google hardware, all of which lends credence to the argument that stores are perhaps too early a move for Google, but everyone has to start somewhere, and if Google really want a successful first-party hardware platform, they will need to start playing by the same rules everyone else does, and take leafs out of Apple and Microsoft's books.