Samsung hasn’t always been the quickest off the blocks to roll out software updates to its smartphones and tablets, but the company is currently testing its Android 7.0 Nougat beta builds for the Galaxy S7 and Galaxy S7 Edge smartphones. In fact, the company has even launched a public beta of its Android Nougat update to many Galaxy S7 users as part of the Galaxy Beta Program, giving those volunteer beta testers the opportunity to try out the latest TouchWiz features before they become more widely available. Talking about new features, the beta Nougat builds for the Galaxy S7 and Galaxy S7 Edge will reportedly bring some of the elements that were originally introduced on the all-new Grace UX of the ill-fated Galaxy Note 7.

Some of the more notable features of Android 7.0 on TouchWiz include Always-on Display options, new power saving modes, a performance optimizer and a slider to change screen resolution. It is this last option that is now in the news, because installing the new update apparently changes the default screen resolution to 1080p instead of retaining the QHD (2560 x 1440) resolution the device originally ships with. Of course, users have the option to revert to the native resolution manually, but by default, you’ll end up with a device running a 1080p screen after installing the update even though the panel is capable of much sharper imagery. The difference between Full HD and QHD may be fairly significant on large-screen devices like computer monitors, but on much smaller smartphone screens, it may be well-nigh impossible to tell the difference with the naked eye. However, with the Android Nougat beta build earlier reported to be incompatible with Samsung’s own Gear VR headsets, this is yet another piece of news about the upcoming update that may seem a bit jarring for some users.

It is, meanwhile, anybody’s guess as to why Samsung is reducing the default screen resolution with its Nougat beta build, but saving a bit of battery life could well be one of the major incentives behind the decision. It isn’t, however, apparent right now if Samsung will stick with the 1080p resolution as default even on the final stable build that will eventually see a universal rollout at some stage going forward. For the record, the resolution adjustment slider, as can be seen from the image below, offers three different options to users. While the native QHD resolution, obviously, is the highest that it can offer, at the lower end, it allows users to go down to a minimum screen resolution of 1280 x 720 pixels. 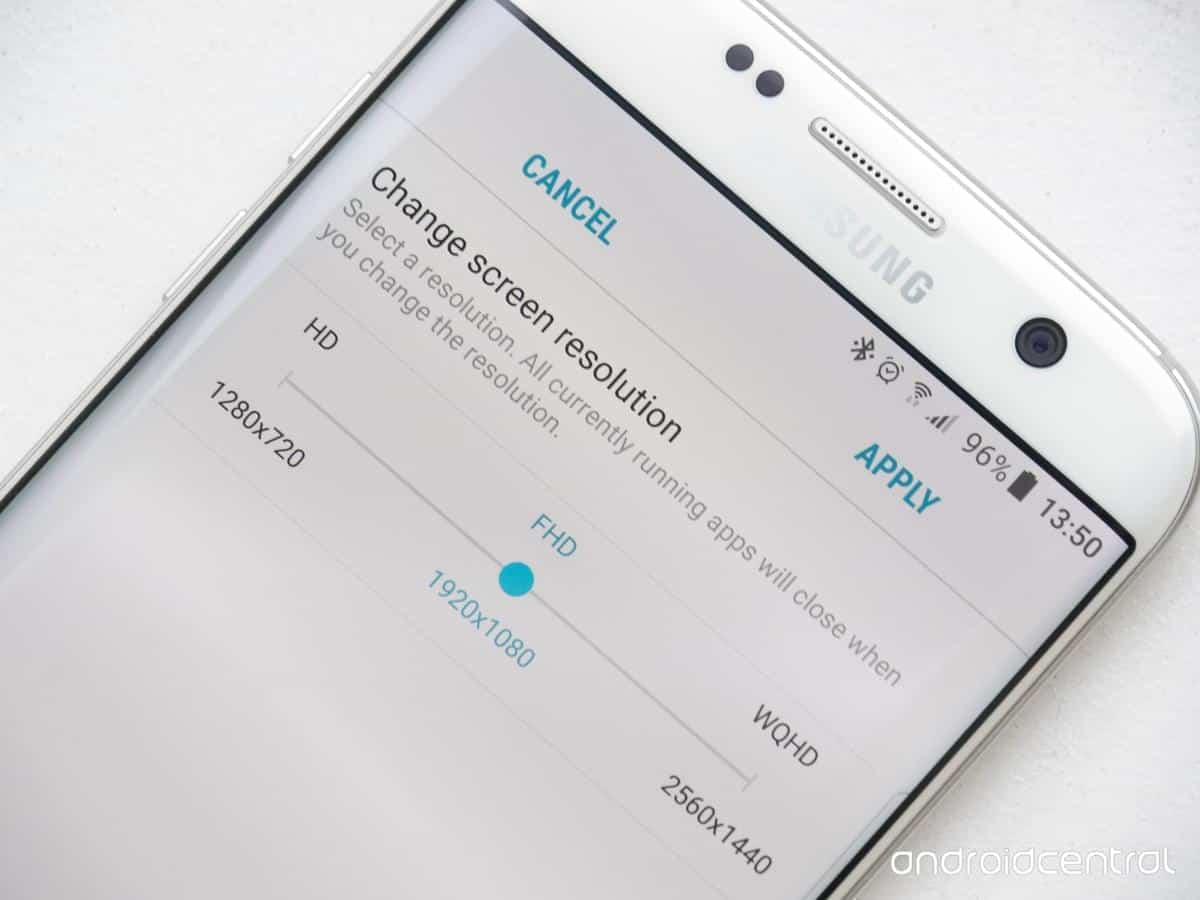