Years ago, Nokia made some of the most popular mobile devices on the market. With the increasing popularity of smartphones, however, the company was pushed out of the limelight by big name smartphone vendors, such as Samsung, HTC, and Apple. Eventually, Nokia’s mobile phone division was purchased by Microsoft, with the goal of producing Nokia devices running Microsoft’s Windows Phone mobile operating system to compete with popular flagships running Android and iOS. After disappointing sales of Windows Phone-based Nokia devices, the company decided to stop making Nokia smartphones altogether.

Recently, however, rumors have started to surface that Nokia will soon re-enter the smartphone market, surprisingly not with new Windows Phone devices, but with devices that run Android. Now, Nokia has officially confirmed that they will indeed return to the smartphone market in 2017. Although the Nokia brand will be returning, the company itself will not actually be manufacturing the devices; they will be made by a new company called HMD, which will manufacture the devices using Nokia-owned patents, and brand them as Nokia devices through a licensing agreement. While it may seem odd at first for a Microsoft-owned company to release devices running its biggest competitor’s software, this approach could stand to benefit Microsoft in the long run. Android is by far the most-used mobile operating system in the world, and could potentially serve as a vessel to encourage consumers to use Microsoft’s apps and services. Because Android allows developers to customize it as they see fit, Android-based Nokia devices would likely feature heavy integration with Microsoft products such as Cortana, Skype, and OneDrive. This will ideally increase users’ reliance on Microsoft services, making them more invested in their ecosystem.

While the company has announced that they will once again begin to release Nokia branded smartphones next year, details on the specifications and features of the devices remain scarce. There have been various rumors and leaks regarding possible upcoming Android-based Nokia smartphones, such as the Nokia P1, which will reportedly be comparable to some of today’s top smartphones in terms of hardware specifications, but nothing officially confirmed yet by the company. With that being said, it is likely that consumers can expect to start seeing information about new Nokia devices as early as February next year, as it’s been suggested that they will be present at Mobile World Congress in Barcelona. Although it has been quite some time since Nokia was among the top smartphone brands, this second chance may be exactly what the company needs to regain popularity and shake up the smartphone market. 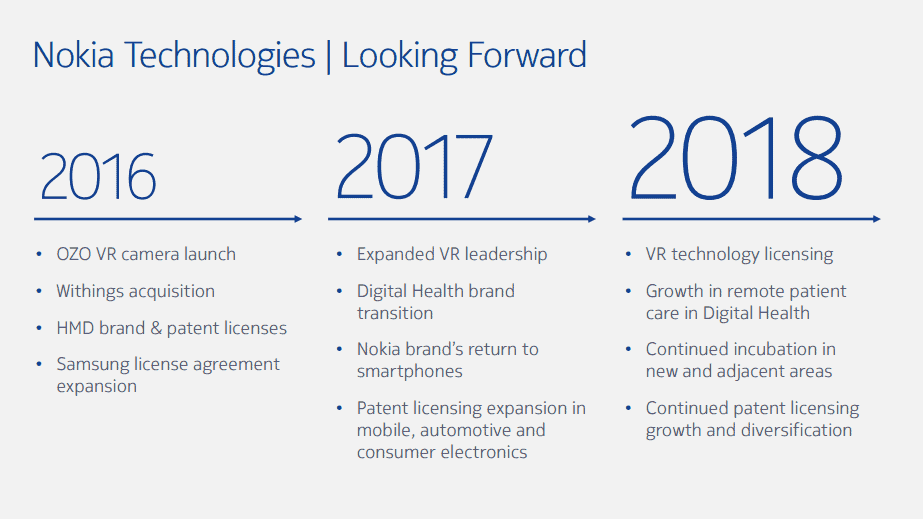