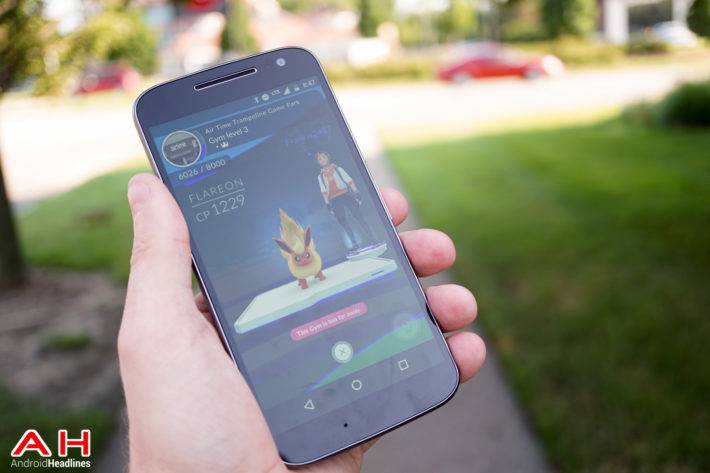 Are you ready for Thanksgiving on Thursday? Niantic Labs certainly is. The studio behind the hit Android game Pokemon GO has just announced another event scheduled to start this Wednesday, November 23rd. Between that Wednesday and the next one, all Pokemon GO players will receive double XP and Stardust for completing in-game actions such as catching, hatching, and evolving pocket monsters, as well as visiting Poke Stops and battling in Poke Gyms.

The Thanksgiving in-game event is scheduled to start at midnight, in accordance to Universal Time Coordinated (UTC ± 0), one month after Niantic celebrated Halloween in a similar manner. While everyone around the world will be able to take advantage of these bonuses and the event itself isn't labeled as a Thanksgiving one per se, the wording of this announcement which specifically highlights the words "thank you" is suggestive enough for us to call it as such.

As the San Francisco, California-studio put it in a short statement published earlier today, everyone at the company is amazed by the reception Pokemon GO has gotten so far and is hoping for many more years of incredible experiences. In-game events are just one of many changes recently debuted in the popular augmented reality mobile game. Among other things, developers recently added a Pokemon Buddy system, revamped Gym Battles, catch bonuses, and a Pokemon Appraisal system to their latest creation. Niantic Labs repeatedly stated that their ultimate development goal is to turn Pokemon GO into a social experience which not only makes people exercise more but also presents them with opportunities to meet new friends with similar interests, which is what in-game events like this Thanksgiving one facilitate.

With that said, it's worth noting that some Pokemon GO players are still actively advocating for features that Niantic promised even before launching its hit mobile game back in July and which still haven't been introduced. Among other things, these players are asking for a trading system, player-versus-player battles, online leaderboards, and a larger pool of pocket monsters available for catching in the wild. Regarding the latter, it seems that new creatures will be debuting in Pokemon GO shortly as Niantic already included references to all second generation Pokemon in the latest version of the game's APK file.