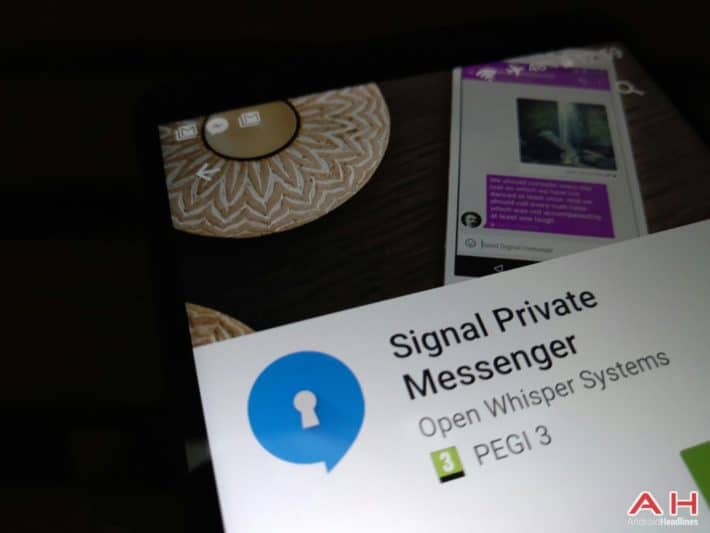 Signal Private Messenger is an instant messaging (IM) app from Open Whisper Systems whose focus on privacy and security has recently made it so popular that even WhatsApp and Allo started using its security protocol. For those unfamiliar, Signal utilizes an end-to-end encryption protocol which Open Whisper Systems are developing as an open source project, so anyone can take a look at the original source code, modify it, and redistribute it in whichever way they see fit. This protocol apparently does a stellar job of protecting users' communication, as evidenced by the fact that both Google and the Facebook-owned WhatsApp opted to use it in their own IM apps.

In addition to encrypting communications, Signal also offers a way to verify that encryption by scanning a couple of QR codes and comparing them to a sequence of numbers. A few days ago, Open Whisper Systems rolled out the latest update for its IM app which facilitates this verification process. More specifically, as of version 3.22.2, you're able to perform the encryption verification process by only scanning a single QR code. In addition to that, said code no longer contains the phone number of either you or your recipient, which adds an extra layer of privacy to the entire process.

Open Whispers System stated that they've decided to simplify these so-called safety numbers in order to reduce the amount of user confusion which was proven to exist when safety numbers were attributed to individual users instead of conversations. In addition to that, the latest Signal Private Messenger update introduces several new user interface tweaks, bug fixes, and performance improvements. More specifically, the app now displays a simple Forward button on all media previews and ads support for an Advisory Mode. The latter informs you of any changes to a user's key without preventing you from continuing a conversation with them. For example, when a user reinstalls Signal or buys a new phone, Signal requires manual authentication before allowing the conversation to continue. The new Advisory Mode was designed to prevent that from happening while still notifying you of changes which occurred. Because of that, the mode is disabled by default and can only be enabled in the Settings menu of this private IM app.