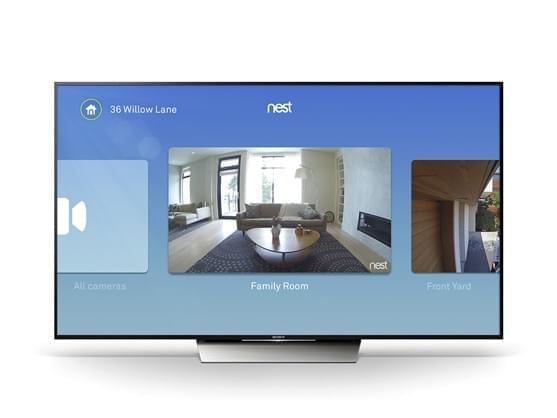 If you happen to own a Nest camera, then it looks like an update is now available for the Nest Android app and by all accounts, a fairly substantial update. Although, depending on how you use your Nest camera and what other Android devices you have will likely determine which of the new features are the most noteworthy.

One of those features which is certainly noteworthy is that the Nest Android app has now been updated to include support for Android TV. This does mean that if you have an Android TV device and the app installed on that device, then you will be able to monitor your camera(s) right there on the big screen. Nest summed up the benefit to this feature quite nicely during an announcement on the new update by stating "next time you're deep in a Netflix marathon, you can see who's at the door without having to get off the couch". So if you own an Android TV device, then this is likely to be the most useful feature on offer with this latest update.

Whether you own an Android TV device or not, the other big headline feature is that you can now share clips of what your camera sees. The Nest announcement details this can be done in one of two ways. You can either 'create an instaclip' or 'press and hold to make a custom clip'. Both of which are rather self-explanatory. The first will allow you to literally share a clip on the fly, while the latter will allow you to share a more edited clip. Interestingly, the instaclip feature is said to make use of an algorithm which automatically creates a clip placing the focus on when the action begins and when it ends. So unless you specifically want to share a longer version of the action, then the instaclip feature is probably the easier and best method to use. Either way, you can see a more detailed explanation of both ways of creating clips in the two new Nest videos below. Likewise, you can head through the Google Play Link below to check out the update in full or download the latest version of the app.