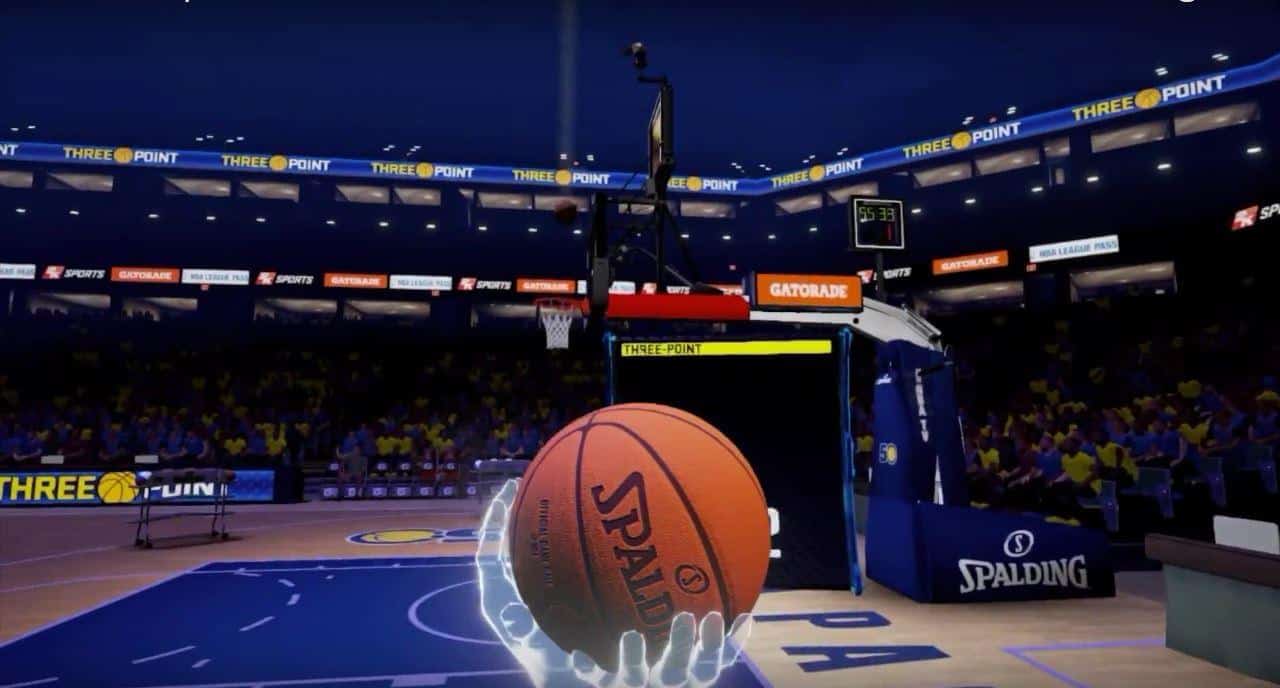 2K Games, a well-known video game publisher owned by Take-Two Interactive has just announced its latest virtual reality game – NBA 2KVR Experience. Described as the first VR basketball game ever created, NBA 2KVR Experience was designed as a collection of basketball-related mini-games and various challenges. This is the second Android installment of the NBA 2K franchise released this year as the Novato, California-based publisher already launched NBA 2K17 back in September.

Greg Thomas, President of Visual Concepts at 2K Games revealed that NBA 2KVR Experience started as an experimental project whose goal was to deliver a unique experience for basketball fans. As the game grew in scope, the Take-Two Interactive subsidiary decided to launch it as a fully fledged title. The game will allow players to shoot hoops with Paul George, an NBA star currently playing for the Indiana Pacers. The entire VR experience will also take place at Pacers' home ground, the Bankers Life Fieldhouse. George also voiced all of the in-game commentary and tutorials. As for gameplay modes, NBA 2KVR Experience will allow you to take part in a three-point shootout, various speed and accuracy challenges, and a buzzer beater countdown. Not surprisingly, the game will also feature quite a bit of Gatorade-branded in-game boosts seeing how this manufacturer of sports-themed beverages is also NBA's oldest marketing partner, with their business relationship going back as far as 1984.

NBA 2KVR Experience will be hitting the Samsung Gear VR headset tomorrow, November 22nd. The game will be priced at $14.99, though it's still not clear whether it will offer any additional in-app purchases. Apart from Samsung's virtual reality headset, NBA 2KVR Experience will also simultaneously launch on PlayStation VR and HTC Vive. While all standard safety guidelines and age restrictions related to specific VR headsets still apply, NBA 2KVR Experience itself boasts a PEGI 3 rating, which means it's designed for nearly all ages of gamers. In case you want to know more, check out the game's official trailer embedded below. Last but not least, if you don't own a VR headset but are a huge fan of b-ball, there are plenty of other great Android basketball games to choose from on the Google Play Store.