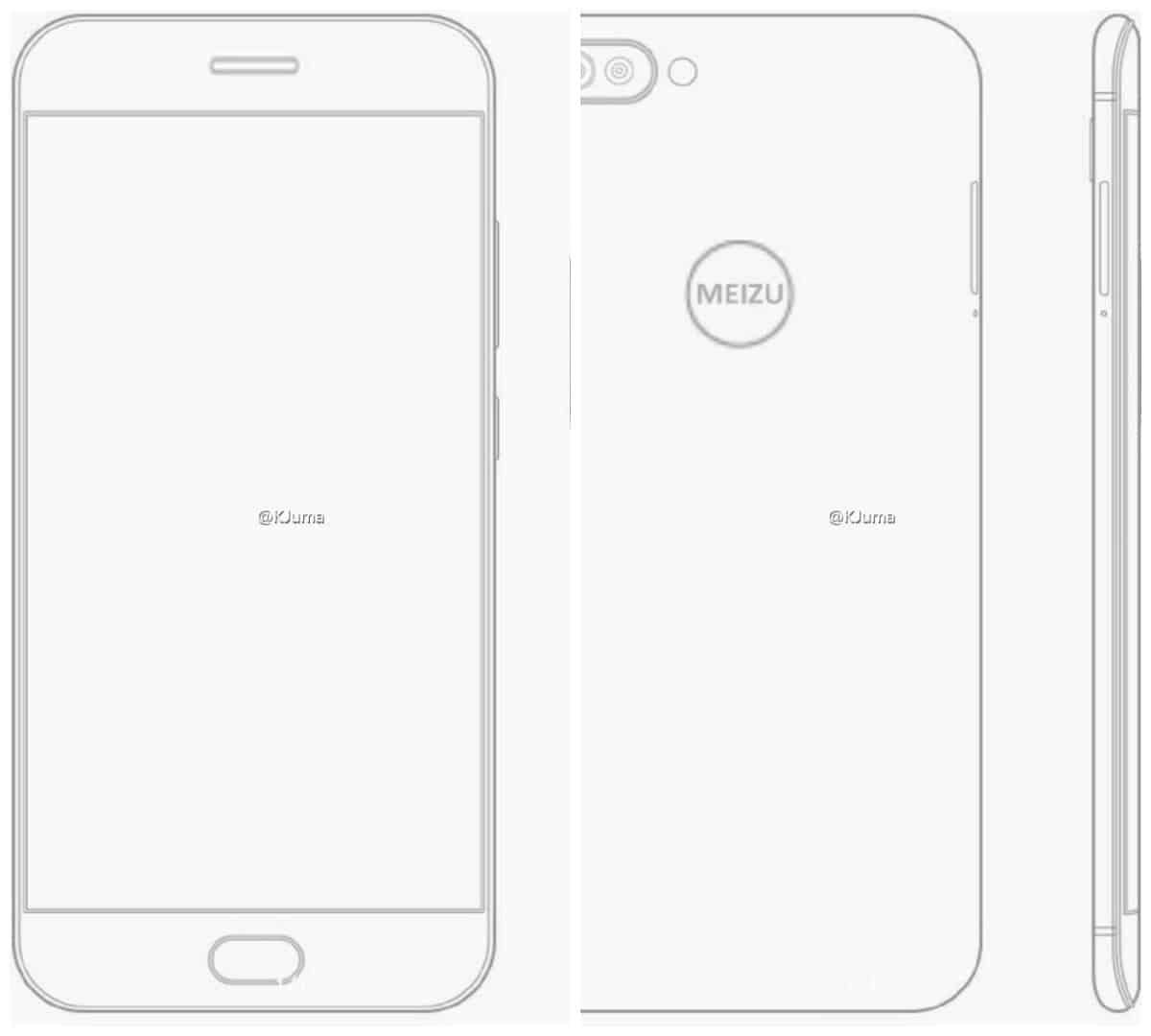 Meizu is expected to introduce the Meizu X smartphone on November 30th according to the company's recent teaser, and along with the Meizu X, we'll probably see the company unveil Flyme 6, their newest Android-based OS. Having that in mind, the Meizu PRO 7 has been leaking like crazy recently as well, and now we have yet another leak to share with you, though we don't know what device we're looking at here.

Some of you probably remember the alleged Meizu PRO 7 sketches that surfaced a couple of days ago, well, now we have yet another batch of sketches to show you, but this time around we're looking at a different device. Just like the phone that leaked the other day, this device also has two cameras on the back, though it looks somewhat different. This smartphone does sport a physical home key below the display, which will likely double as a fingerprint scanner. Both its power / lock and volume rocker keys are placed on the right, and the SIM card tray is located on the left. That being said, the company's branding is on the back of the phone, and we're looking at yet another smartphone with a curved display here, which is noticeable if you take a look at the sketch / image of a phone from the side. Is it possible that this is the Meizu PRO 7 and that the previous leaks were wrong? Or is this maybe another device with a curved display Meizu plans to release? Well, considering how many such phones we've been seeing lately, and how many Meizu leaks suggested the company is working on such devices, it is possible.

The company's VP said a while back that the Meizu PRO 7 won't land before 2017, but what about some other device with a curved display? It is possible we'll see such smartphone released by the company this year, even though it's still not exactly probable. In any case, let's wait to see what will Meizu X have to offer, it is even possible this is the Meizu X, we still don't know anything for sure, but we'll know more in about a week, so stay tuned.