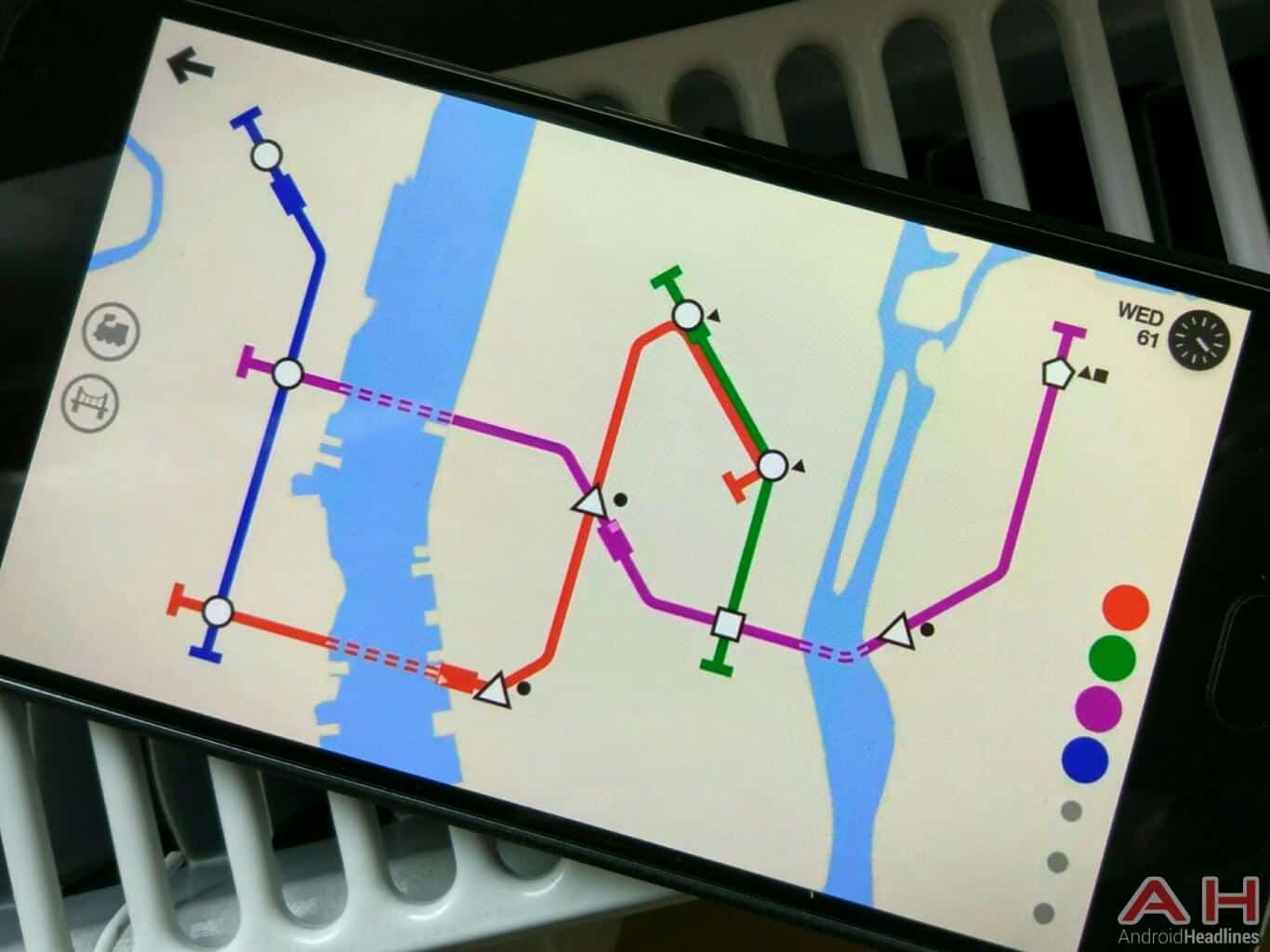 Unique games are really hard to find these days, but they do pop up from time to time. The Google Play Store is full of interesting titles these days, though most of those games are based on other games that were released before them, or strongly remind us of something we've already seen. Well, we're here to talk about a rather refreshing game, it can even be considered unique. The game in question is called 'Mini Metro', and it's actually quite fun if you're into puzzle games, read on.

Now, first and foremost, it is worth mentioning that this game will make you think. This is a brain teaser and a puzzle game all-in-one. Now, this is essentially a subway simulator, though probably not what most of you would expect, mainly due to the sheer gameplay of this game and its graphics. We're not looking at spectacular 3D graphics here, not by a long shot, but that's not an issue whatsoever, the game is really fun to play, partially thanks to this graphics set. Anyhow, your goal in this game is to design a subway map for a growing city, so you'll basically need to draw lines between stations and organize everything so that it works. The game is really easy to play at first, but as you progress, things get quite tricky. There are 11 real-world cities for you to play in, and each of them is growing and giving you headaches along the way, as you're responsible for the ever-growing subway.

This game offers two difficulty modes, the 'Normal' mode which is not that difficult, and the 'Extreme' mode which will really challenge you. There are daily challenges included in this game, and the soundtrack is also quite compelling and will keep you glued to the game. The Mini Metro game is currently holding a 4.8-star rating in the Google Play Store after almost 2,000 ratings thrown its way, which is surely saying something about the game itself. Somewhere around 10,000 and 50,000 people tried out this game, and if you'd like to join them, click on the Google Play banner down below. In case you need more info before you do that, however, check out the embedded video and image gallery which are included down below.