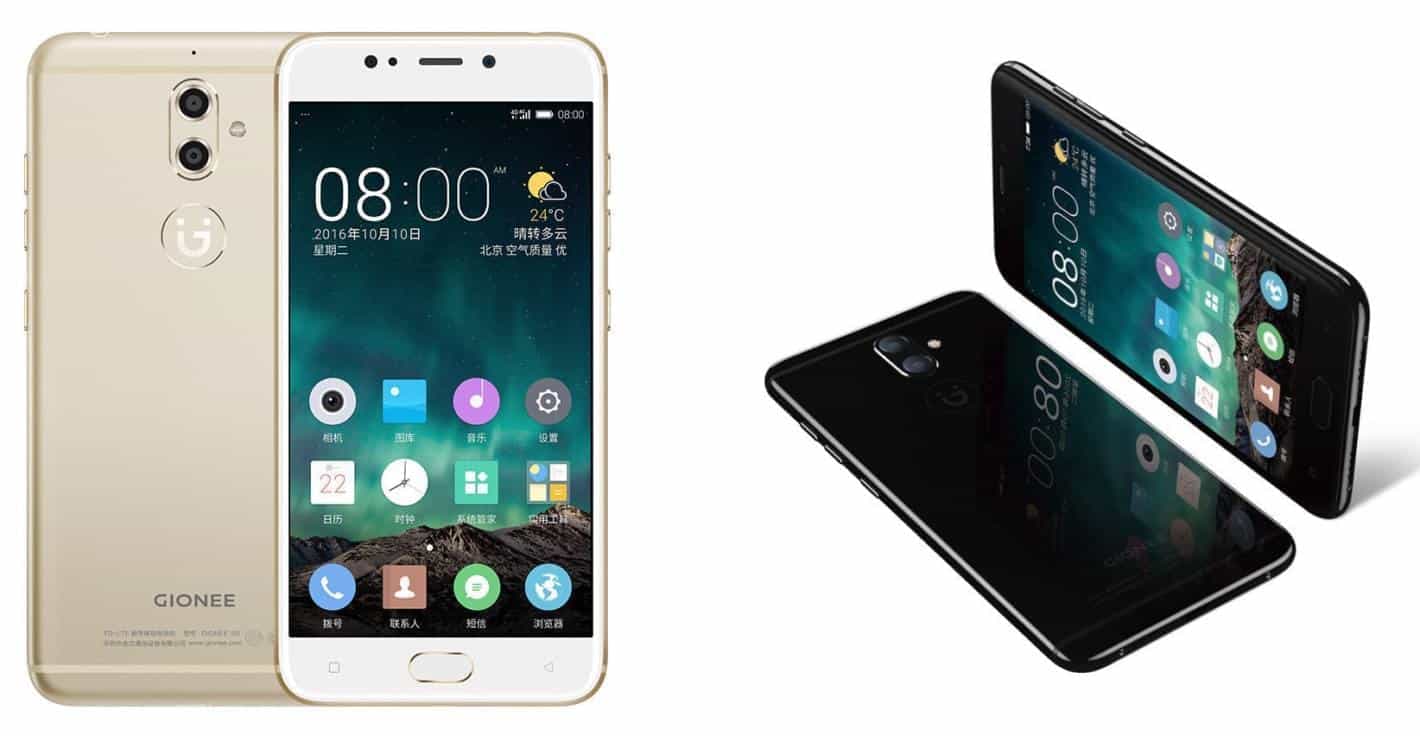 After a few months of rumors and carefully crafted teasers, the Chinese consumer electronics manufacturer Gionee has finally officially announced the Gionee S9, its latest Android smartphone. Just like most of the company's other offerings, the Gionee S9 is a mid-range smartphone designed to offer excellent value for money. The phone is equipped with a 5.5-inch Full HD (1920 x 1080 pixels) LTPS 2.5D screen and features the octa-core MediaTek Helio P10 system-on-chip clocked at 2 GHz which also comes packed with the Mali T860 GPU. In addition to 4GB of LPDDR3 RAM and 64GB of internal memory, the Gionee S9 boasts a microSD card slot which supports up to 128GB of additional storage.

On the camera side of things, Gionee's latest Android smartphone comes with a dual-camera setup which consists of a 13-megapixel sensor complemented by a 5-megapixel one below it. The back of the device also features a dual-tone LED flash. The front camera is 13 megapixels in size. As for special features, the Gionee S9 boasts a hybrid dual SIM setup which means that you can insert an additional nano SIM card into the device if you're willing to sacrifice your microSD slot. Like many modern smartphones, the Gionee S9 features a fingerprint sensor. It ships with Android 6.0 Marshmallow modified with the Amigo OS 3.2 and is powered by a standard 3,000mAh battery. All this hardware is packed in a rather portable package as the Gionee S9 is only 154.2×76.4×7.4 mm in size and weighs just over 168 grams.

The Chinese smartphone maker announced that the Gionee S9 will launch in China on November 25th, priced at 2499 Yuan, or approximately $365. The device will be available in Gold, Rose Gold, and Black colors. Unfortunately, it isn't likely that this smartphone will ever be released globally, though it will probably eventually make its way to Taiwan, India, and Thailand where Gionee has already established a market presence. Interestingly enough, the Chinese company made no mention of the Gionee S9T which was recently certified by TENAA (China's equivalent to the FCC) along with the Gionee S9, so hopefully more information regarding that device will follow soon. You can check out the first official photos of the Gionee S9 in the gallery below.