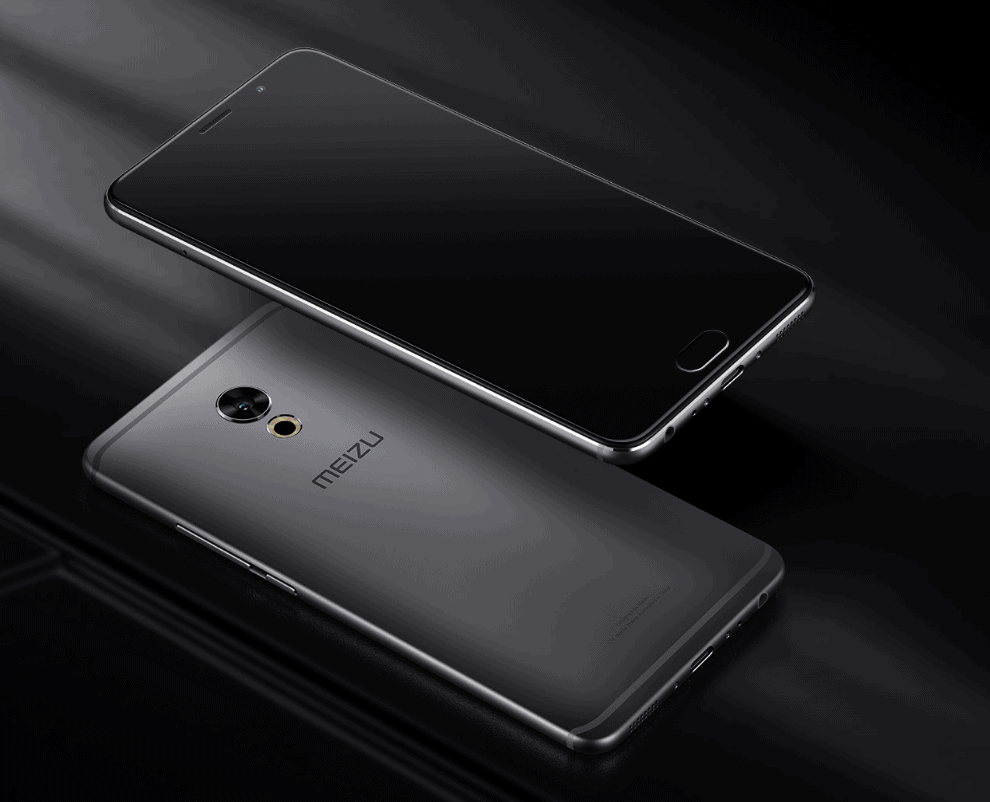 Meizu has introduced two flagship smartphones this year, the Meizu PRO 6 and Meizu PRO 6s. These two devices are basically identical on the outside, and have similar specs overall, the Meizu PRO 6s comes with a more capable camera and a larger battery on the inside, though. Having that in mind, both of these devices are quite compact, as a 5.2-inch fullHD Super AMOLED panel ships on both of those devices. The Meizu PRO 5 which was introduced back in September 2015 was quite large, its display was 5.7 inches big, and that phablet was fueled by the Exynos 7420 64-bit octa-core processor. Meizu's VP said a while back that the company has no plans to launch the Meizu PRO 7 this year, so we started to wonder whether we'll see a new Exynos-powered flagship phablet from Meizu in 2016. Well, Meizu just answered that question as they've released a true successor to the Meizu PRO 5, the Meizu PRO 6 Plus, read on.

The company has just introduced the Meizu PRO 6 Plus in China, and it is fueled by the Exynos 8890 64-bit octa-core SoC, which is Samsung's most powerful mobile processor to date. This very same chip fuels the Galaxy S7 and Galaxy S7 Edge smartphones, Samsung's flagship offerings. That being said, the Meizu PRO 6 Plus is a significant improvement over the Meizu PRO 5, at least as far as specs are concerned, which was to be expected considering it has been well over a year since the Meizu PRO 5 landed. The Meizu PRO 6 Plus is made out of metal, and it basically looks like a larger variant of the Meizu PRO 6, which was to be expected considering it's called the Meizu PRO 6 Plus. This smartphone comes with the Flyme 6 OS, which is Meizu's Android-based operating system, and this is actually the first smartphone to ship with Flyme 6, so Meizu is basically showcasing Flyme 6 today as well. Flyme 6 comes with the One Mind artificial intelligence engine which is, according to the company, able to "adjust system performance according to user preference". It basically identifies your favorite apps and pulls extra resources to keep them running smoothly and keep them in memory. In addition to that, there are over 400 new features included in Flyme 6, and the UI looks considerably different as well.

The Meizu PRO 6 Plus features a 5.7-inch QHD (2560 x 1440) Super AMOLED AOD Holographic Display (3D Press included), as Meizu calls it, and the device ships with 4GB of LPDDR4 RAM and 64GB / 128GB of internal storage (UFS 2.0). Samsung's Exynos 8890 64-bit octa-core processor fuels the device, as already mentioned, and a 3,400mAh battery is also a part of this package, and it is not removable, while 24W fast charging is also included here. The 12-megapixel 4-axis OIS camera (Sony's IMX386 sensor, f/2.0 aperture, 6P lens, PDAF, Laser Autofocus) is placed on the back of this smartphone along with a 10-LED flash, and a 5-megapixel shooter is placed on the front side of the device. Android 6.0 Marshmallow comes pre-installed on the Meizu PRO 6 Plus with Flyme 6 on top of it, and you're also getting Hi-Fi audio here (ES9018 + ADA4807 chips), as the company included a 32-bit audio DAC here. The company has included dual 4G here as well (both 4G TD-LTE and FDD-LTE are supported). The Meizu PRO 6 Plus measures 155.6 x 77.3 x 7.3mm, while it weighs 158 grams, and it comes in Champagne Gold, Gray and Silver color variants. The company's multifunctional physical home key is placed below the display, and it doubles as a fingerprint scanner, as it did on a number of previously released Meizu-branded smartphones. The 64GB storage variant of the device is priced at 2,999 Yuan ($436), while the 128GB model costs 3,299 Yuan ($479) in China. Do keep in mind that the pricing may vary depending on where you purchase the device, and the phone will be more expensive globally. Speaking of which, the global variant of the Meizu PRO 6 Plus is coming soon, we'll keep you updated.